An Urban Cloister, by Urban Precinct, is a cohesive neighbourhood-scale project with both private and shared infrastructure, curated by the Trust and local authorities. The architectural language for the intervention is evolved from the context, by layering local images, which can manifest physically with innovative details.
Competition Brief

Urban Precinct‘s An Urban Cloister was chosen as the runner-up entry in the Reweave Kozhikode Competition, held at YAF, by the IIA Calicut Centre.

Mananchira being at the heart of Calicut city has gone through several significant historical changes. These changes have transformed the region into many independent settlements resulting in Urban Voids.

Our Intent is to revive the lost connections by performing a sensitive surgery on the existing urban fabric to encourage public participation and to allow the city to converge and diverge through this precinct. The Proposal attempts to make the edges porous by preserving some of the vital existing features and enhancing the built and un-built environment. With minimal intervention, our proposal accommodates organic growth with the right balance of built and open spaces.

The existing open space between the office building and the weaving area is converted into a large stepped court that gradually steps down to connect towards Mananchira Park on the other side. The Peripheral edges of the park are transformed into Landscape mounds that attempt to make the Park more inclusive at the neighbourhood level and enable the removal of rigid fencing. These landscape mounds act as leisure places and an open interface between the city and the Park. Amenities are planned at Strategic locations within the park which further strengthens the relationship between the Park, Pond, and the Neighbourhood.

Some of the existing Factory buildings facing the Mananchira Tank and the Park are retained intact with newer programs such as Cafeteria, Boutique Store, Souvenir Store, Offices, Meeting Rooms, Seminar Halls, etc planned within them. The Comtrust museum which is planned in one of the retained buildings showcases the rich history of the Precinct and the factory of the time when it was at its full glory.

The Central weaving area with a definite structural grid defined by Columns and the roofs is transformed into a Large Verandah. While the columns and the roof is retained, the walls are made porous to ensure better connectivity. Pavilion-like structures of varying sizes are positioned at strategic locations which act as galleries/ exhibition spaces or places of gathering. The roof of the weaving area with its natural lighting acts as a visual guide for the circulation at the ground level. The portion of the roof above the main circulation spine is replaced with glass tiles. Many green courtyards of varying sizes interweave with the central spine, blurring the boundaries between the inside and outside. The sizes of these courtyards are derived as per the existing column grid of the weaving area. These courtyards help visually establish long infinite views towards the park and also to keep the central spine breathing.

Towards the Southern part of the site, a bazaar street is planned which acts as an extension of the SM street from the Library plaza, drawing people into the site. A vertical building along the bazaar street houses Multipurpose halls and Suite rooms at the upper level while keeping the ground completely free for circulation/ public gathering.

An underground Parking is provided beneath the bazaar street. A part of the larger strategy is to gradually transform the Mananchira precinct into a pedestrian-friendly zone with vehicular movement restricted to the periphery of the precinct.

We envision our proposal as a cohesive neighbourhood-scale project with both private and shared infrastructure curated by the Trust and local authorities. The architectural language for the intervention is evolved from the context, by layering local images which can manifest physically with innovative details.

Urban Precinct is a multi-disciplinary design studio founded in the year 2020 and based in Bangalore. Underpinned by a clear and enduring vision, we strive to create living environments which are inclusive, affordable, experiential and in consonance with the climate, culture, instincts and lifestyles of people. 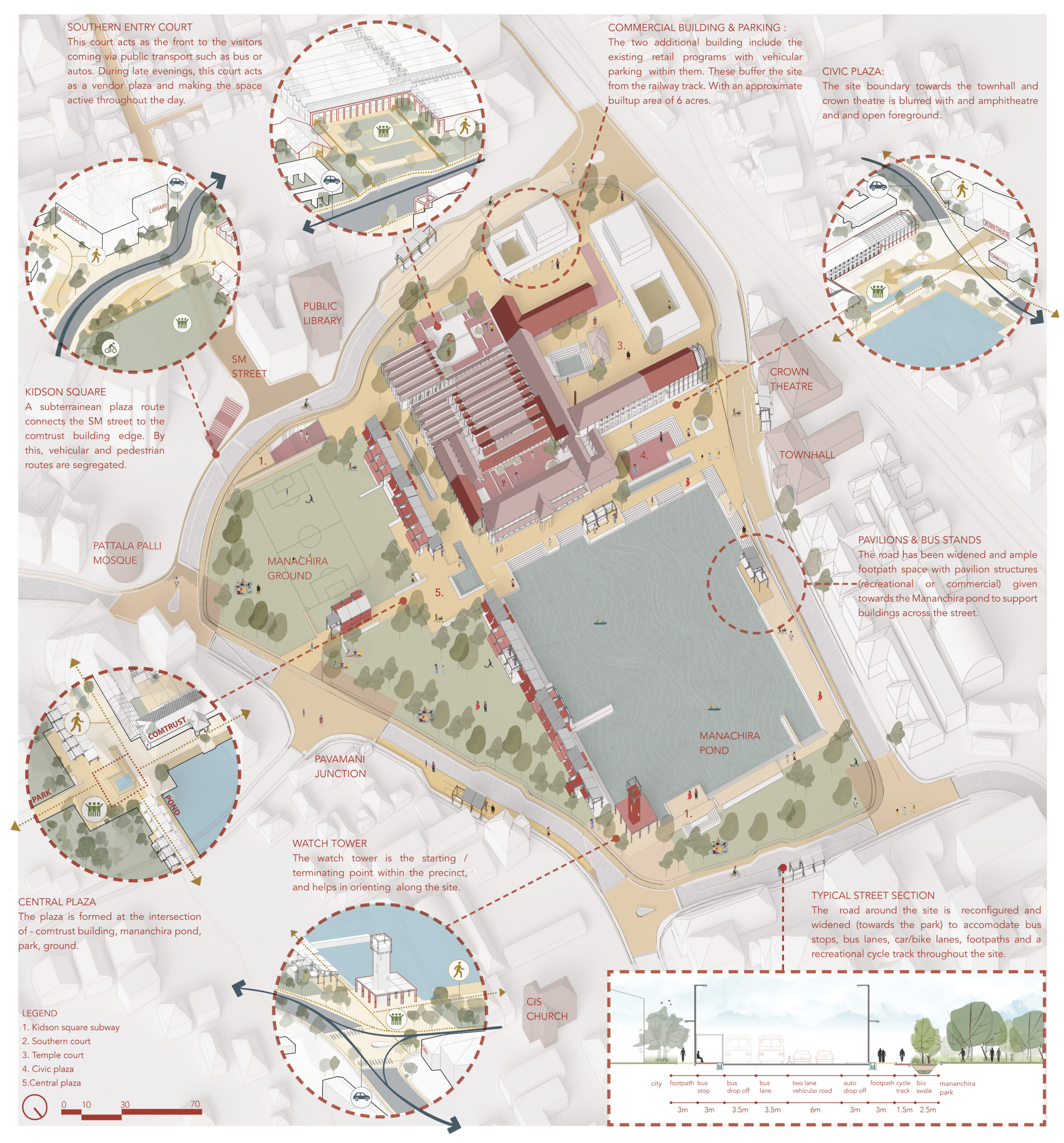 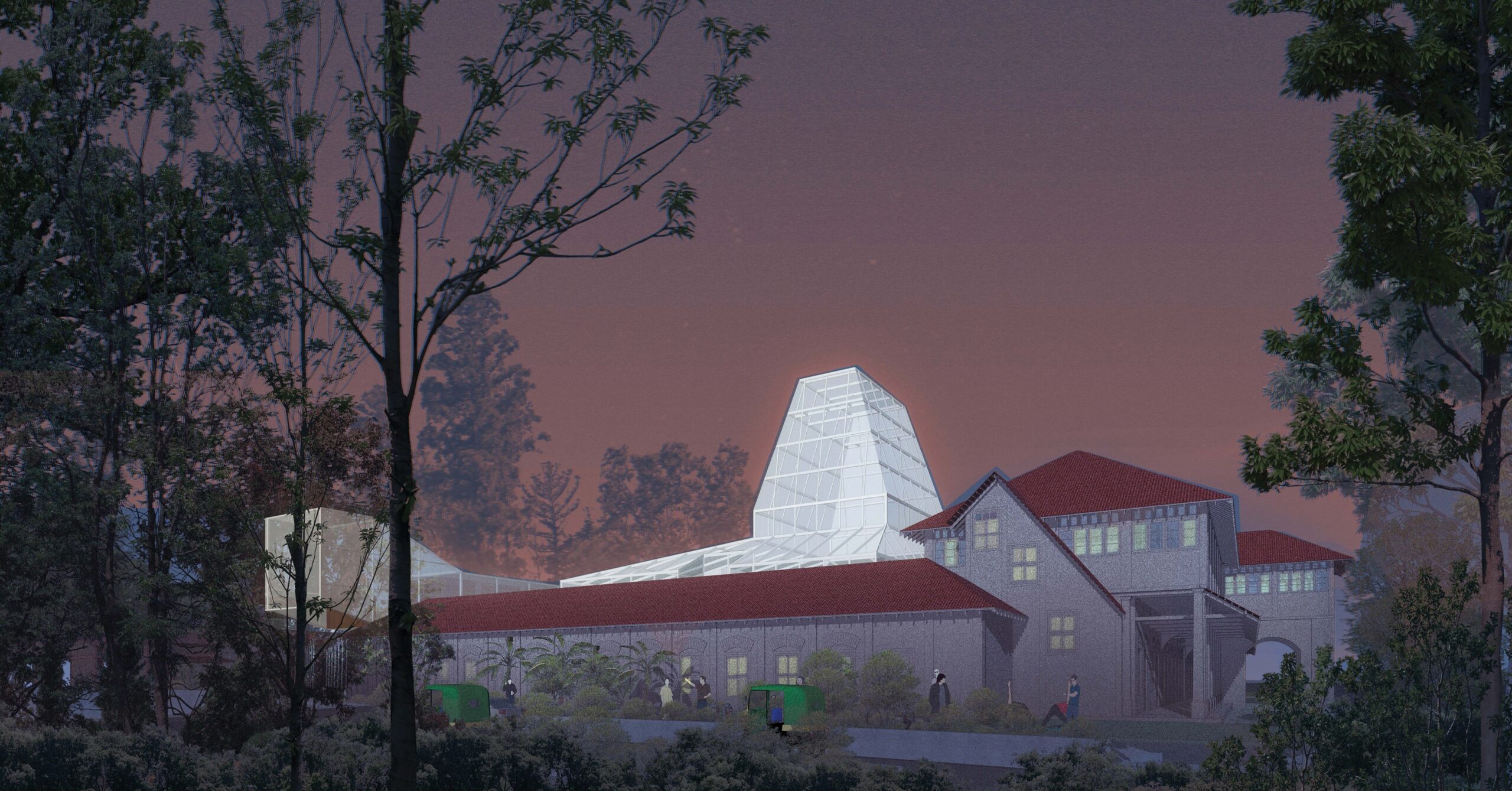 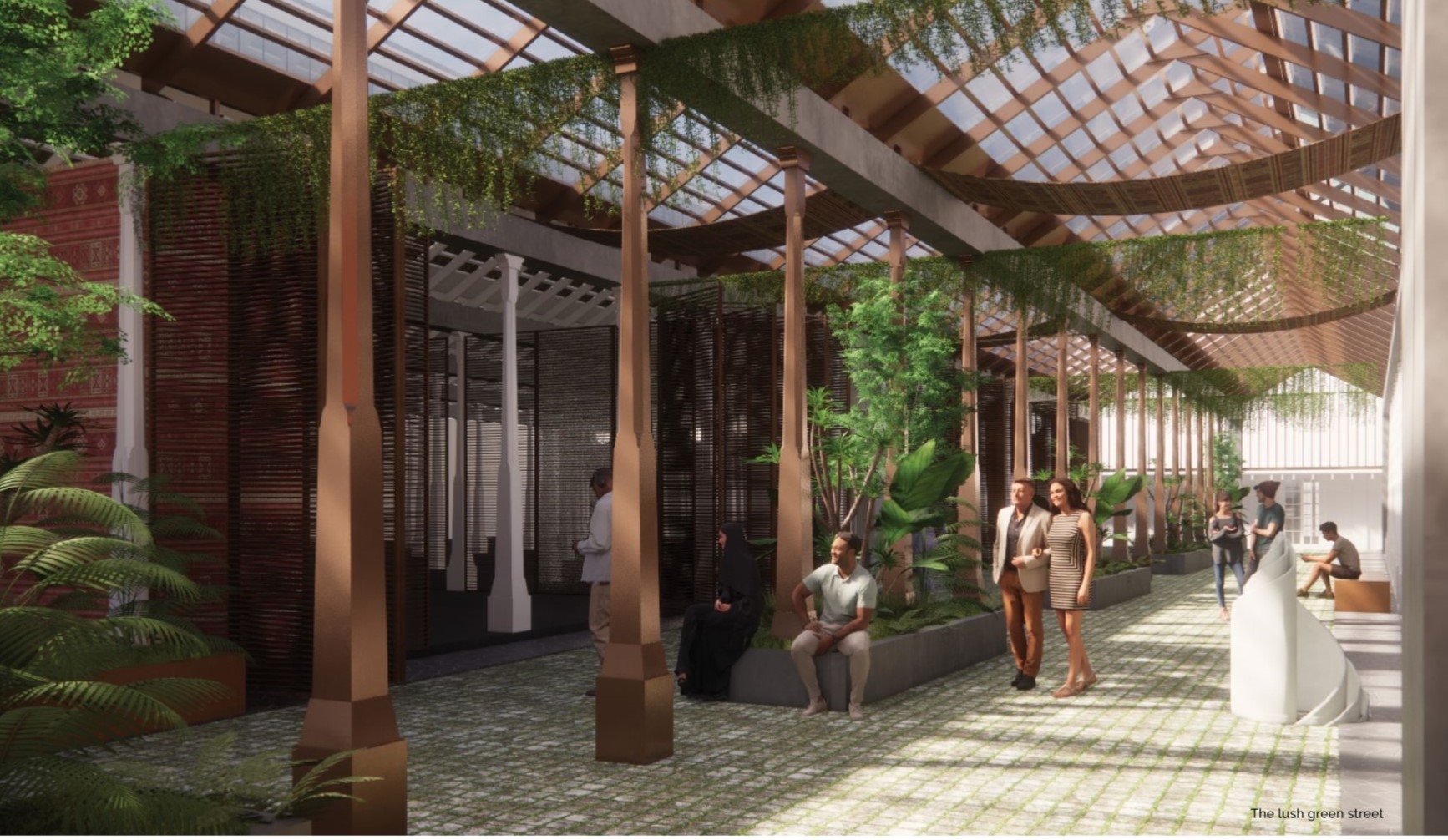 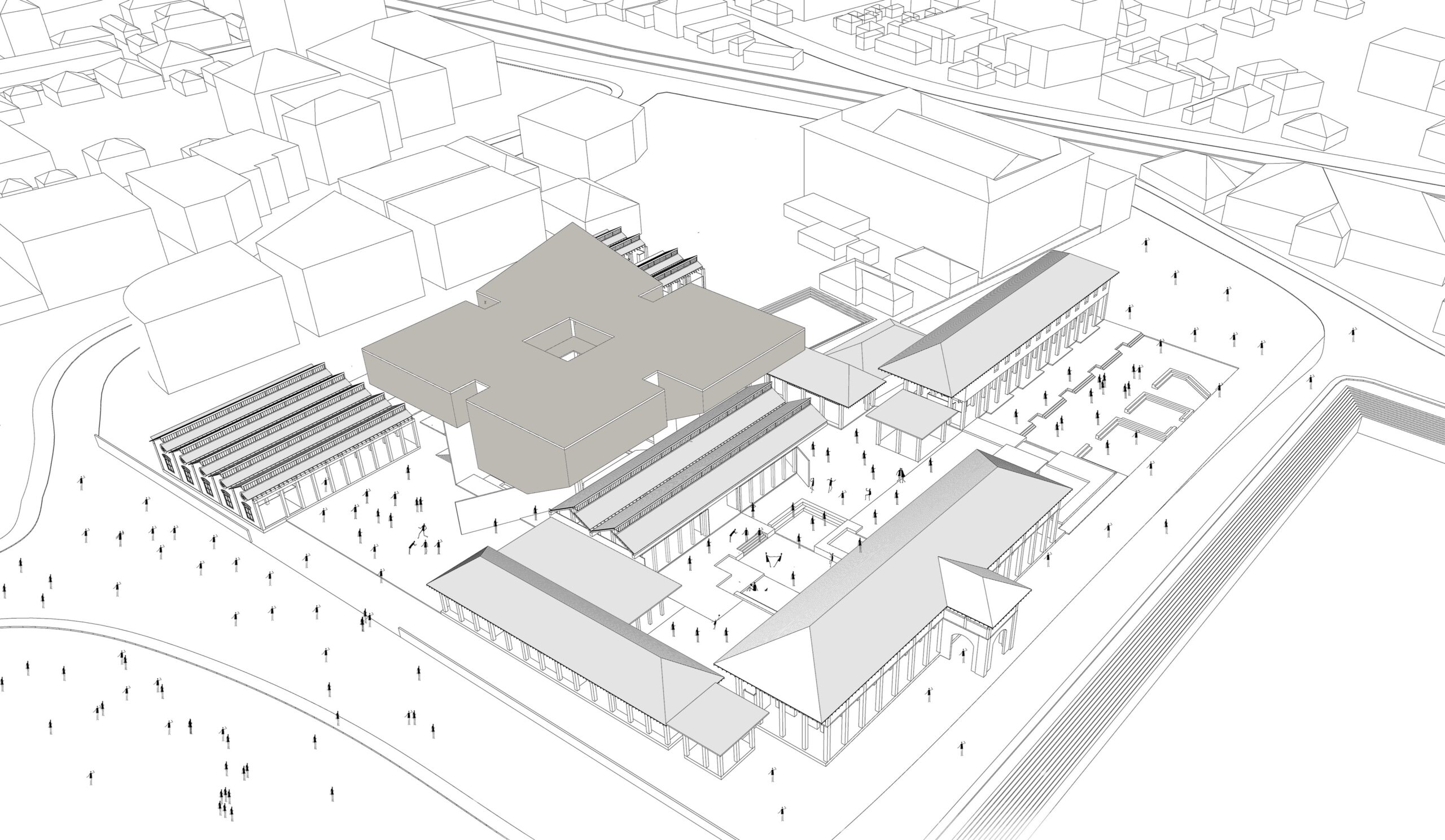 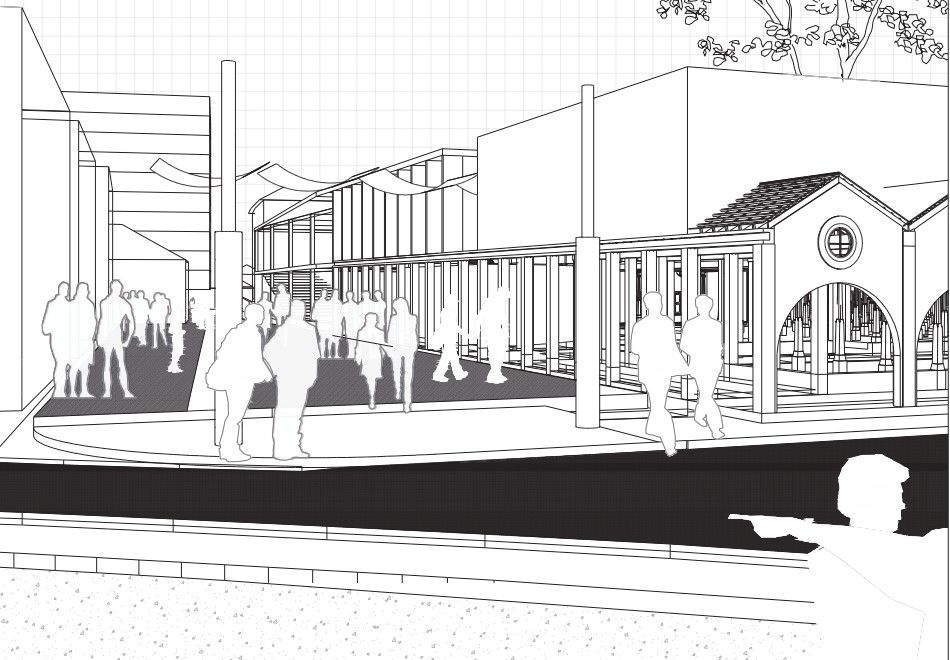