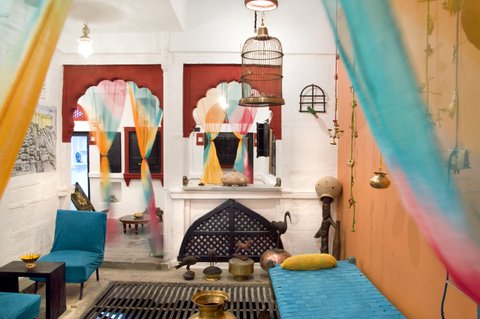 The Patwa Haweli at Jodhpur consists of ten rooms, exemplifying the essence of the local architectural traditions with their carved hanging balconies, courtyards, wooden ceilings, multifoil arches, and studded doors and windows, as well as two roof-top terraces for Al-Fresco dining. 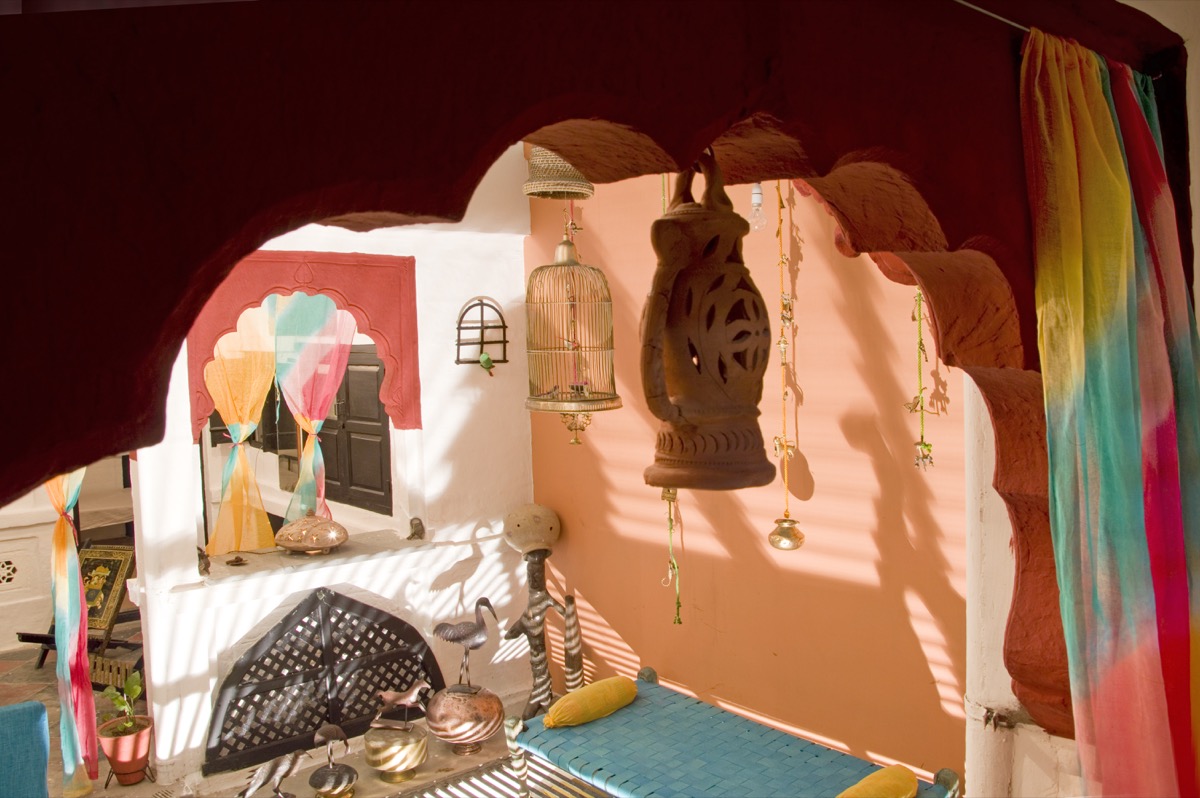 The Blue City and the capital of Marwar

Jodhpur, former seat of the princely state of Marwar, has always been known for its tradition, rich culture and delectable cuisine. Like all other historic cities of Rajasthan, Jodhpur has a particular hue attached to its image derived from the colour and kind of stones that were used for building the cityscape – a distinct shade of blue resulting from the tinge of indigo used to whitewash the houses within the walled city. The blue houses were originally used to indicate Brahmin ownership but gradually the non-Brahmins followed the practice as well, as the colour was said to deflect the heat and keep mosquitoes away. Jodhpur is also known as the Sun City for the abundant sunlight it enjoys throughout the year.

The Walled City of Jodhpur, colloquially referred to as the old city, opens at six points in the ramparts via large ceremonial gates called pol – namely, Nagauri Gate, Merati Gate, Sojati Gate, Jalori Gate, Siwanchi Gate and Chand Pol. While exploring the old city, one often stumbles upon magnificent old blue houses with intricately carved balconies which overhang onto the street and provide shade to the pedestrians. These houses are designed to provide ample light and ventilation as well as comfortably habitable spaces, while reducing the indoor heat gain. Within a cluster of houses, a chabootara – or a rectangular raised platform – can be commonly found, and is used to hold community gatherings and the council of elders in the evenings.

The Patwa Haweli is one such privately owned residence; it is two centuries old and has been tastefully restored to operate as a bed-and-breakfast establishment for the tourists flocking to the city. It is located in the heart of the walled city with charming views of Mehrangarh Fort and Umaid Bhawan Palace. A narrow passage from the main city road, reminiscent of the streets of Benaras, takes one to this exquisite home. It is very close to two famous old localities, Pungalpada & Sarafon Ki Pol, and its facade has a distinct resemblance to the Patwon ki Haweli in Jaisalmer, also famous for its unique architecture. 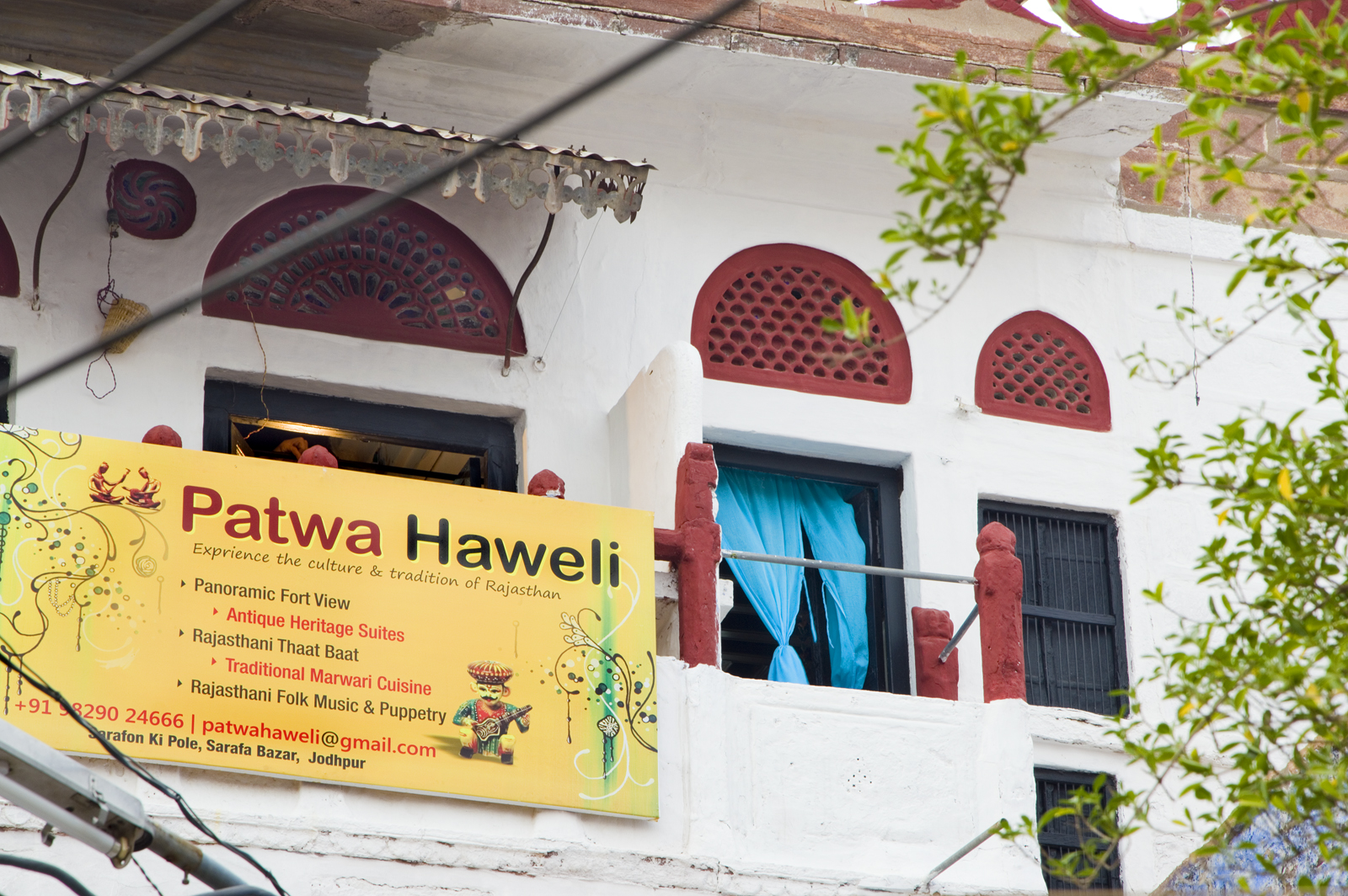 The Haweli consists of ten rooms, exemplifying the essence of the local architectural traditions with their carved hanging balconies, courtyards, wooden ceilings, multifoil arches, and studded doors and windows, as well as two roof-top terraces for Al-Fresco dining. The basic idea was to preserve the old house and its architectural character for the generations to come, and ensuring that it blends within its urban context without compromising on modern amenities. Hence the old spaces were reutilized to create a cost effective homestay which combines comfort and leisure with Jodhpur’s unique culture and history.

Before Renovation: With only one gate in use for security reasons, the Haweli opens into an open foyer called noarah, tucked between two residential units. Past the noarah lies the chabootra, into which both the residential units open. The facade of each unit is characterised by jharokhas and openings on each floor, providing visual connectivity with the common spaces without compromising on individual privacy.

The exteriors – After Renovation 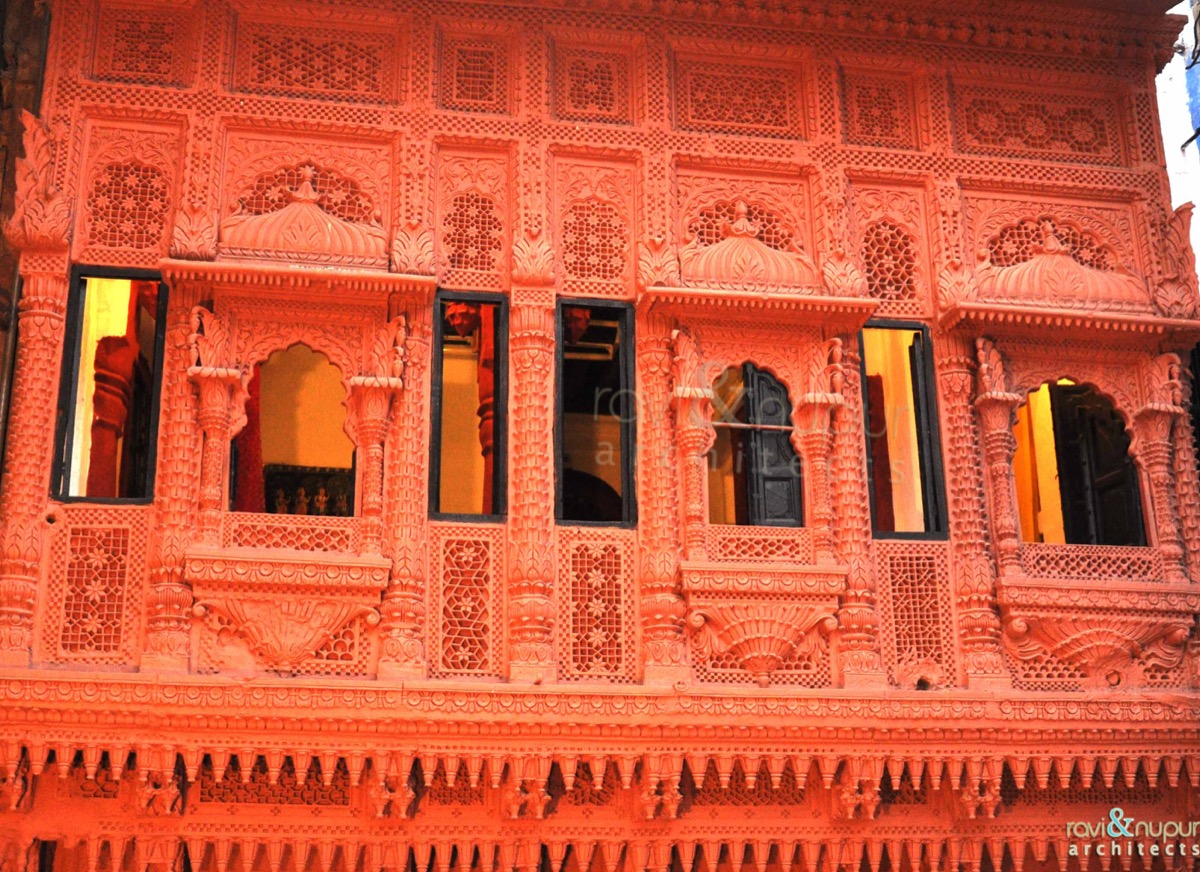 After Renovation: The exterior facade has been kept intact, and thoroughly cleaned and painted to bring its intricate details – especially the minute carvings and overhangs – to sharp relief. Further, the terraces of the Haweli have been coated with thermal insulating material to help reduce the temperature inside the building and keep it cool and pleasant.

Before Renovation: A narrow entrance leads to the courtyard which is the basic source of light & ventilation for the rooms within. This courtyard is framed on all four sides by arcades, with a steep and narrow staircase tucked away in a corner leading up to the upper floors. The first floor has various rooms of different sizes – with low hung doors and small jaalidaar ventilators above the lintel – and an open dining space. The second floor has four rooms and a common terrace.
Before renovation, all the rainwater was being collected via the stone spouts and drained within the courtyard, running visibly in the peripheral channels.
After Renovation: The narrow entrance aisle has been treated by illumination design and light play to brighten it up and make it appear more welcoming. The courtyard it led to has been embellished with voile curtains, the arcades repainted in bright colours and the metal jangla above the courtyard enhanced by hanging bamboo lights. The small area in front of the courtyard has been turned into the reception – its floor covered with a bright, multi-coloured durrie – while several handpicked family heirlooms dot the common area, harking back to the Haweli’s rich and illustrious past.

Each room has been decorated with hand-dyed fabrics (in traditional Rajasthani hues of red, orange, yellow and blue), antique brass furnishings and artefacts, Rajasthani paintings, and even curtains created from original turbans. Additionally, coloured-glass ventilators have been installed within all rooms and wooden box-ceilings – as well as several hidden spaces – provided for storage, adding to the old-world ambiance of the place.

Arrangements have also been made to drain off the rainwater off the premises to avoid stagnation. The walls have been treated with water-proofing coating to prevent seepage caused by the high local water table. 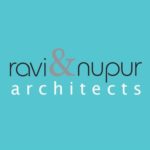