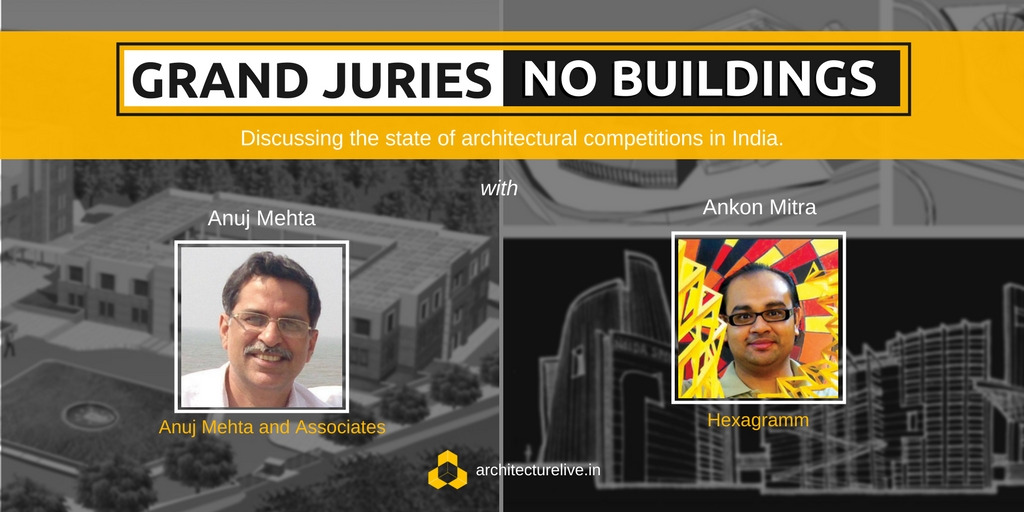 Grand Juries and No Buildings – Part 2, with Ankon Mitra and Anuj Mehta 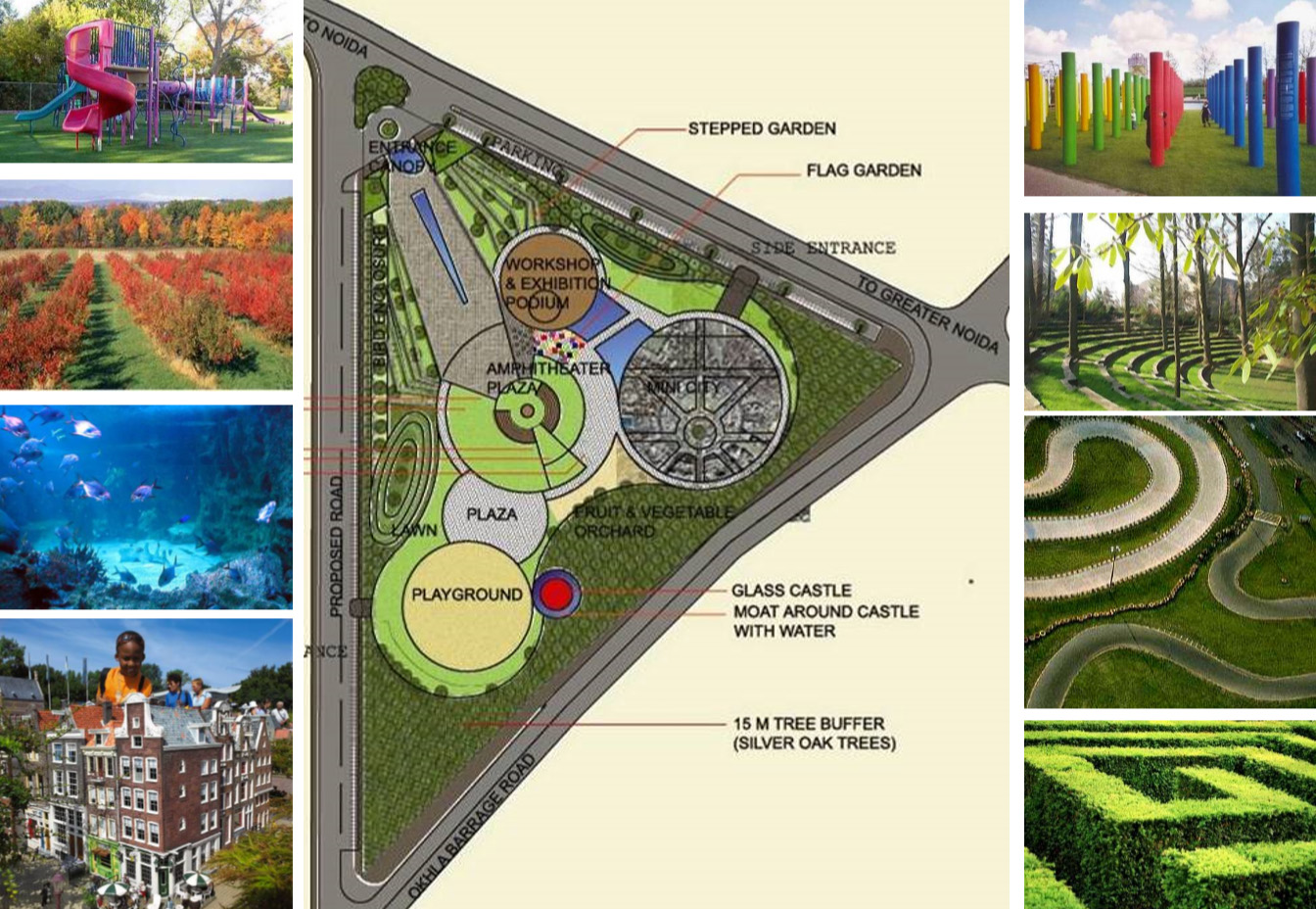 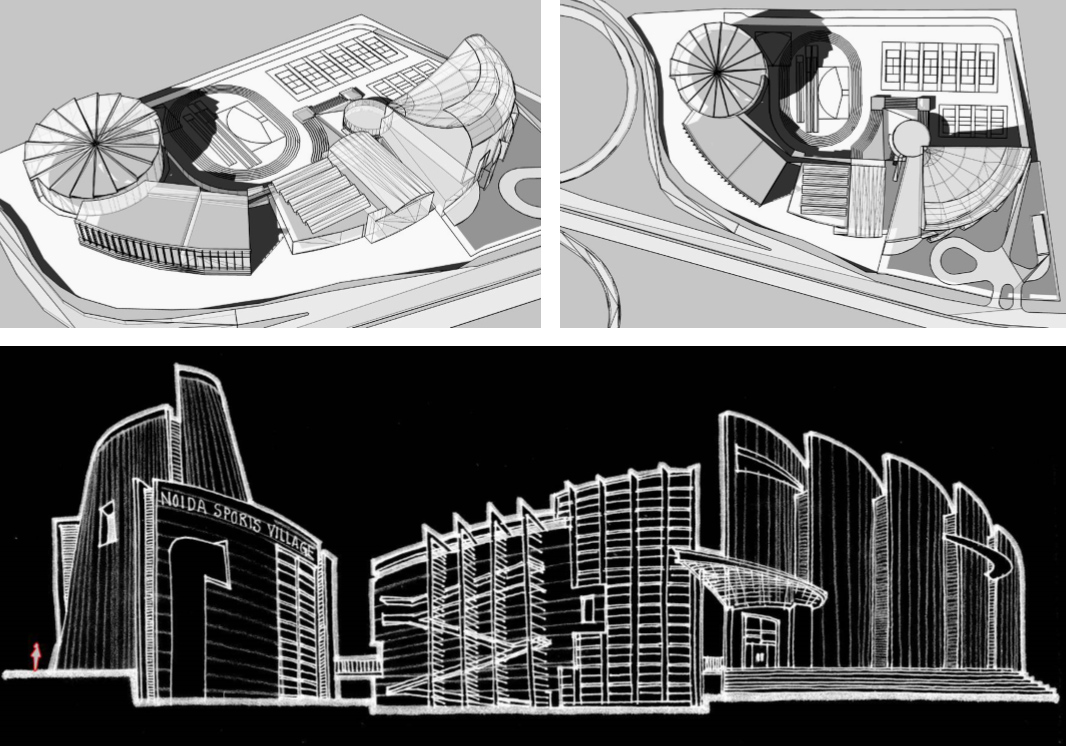 We were informed that only a firm/registered company/studio would be awarded the project. We decided quickly and established Hexagramm Design Workshop in April 2007. Elections in Uttar Pradesh led to the change of government in May 2007 from the SP to the BSP. The project was shelved. Last heard, the project was being revived again in 2013 after the government had again changed in 2012 from the BSP back to the SP. A competition was again being planned.
This kind of farce is fairly common both with government/development authorities and with large developers who float big open competitions, and then the project plans are shelved without even the courtesy of a formal announcement as to the reasons for the same. The award of a First Prize or any other prize is also usually meaningless, as political interference and the tendency for bribe-taking and giving at the bureaucratic level or higher can jeopardize the intent of a competition at any time. In fact the simple whim of an individual in some decision-making role can jeopardize a competition. I strongly feel, competitions must have legal sanctity and authority. Just as someone cannot scrap an election result without first challenging it in a court of Law, competitions should not be scrapped after they have been concluded and entries have come in. If for any reasons they are shelved or scrapped or significantly modified, the authorities who floated such a competition in the first place should be legally liable and answerable in court and to the public at large (and especially to those who spent precious weeks and months creating and submitting the entries). Any less, and we will never build anything of any merit through democratic means in the present or in the future in our country. “

He also has a suggestion on how to improve the situation, 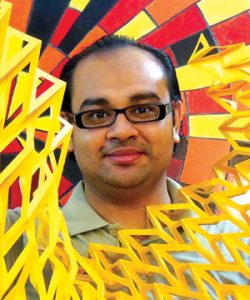 Once registered, the competition would not be able to go back on its terms of reference, rules and the DCC that would govern it. Scrapping or significantly modifying the goals of a Design Competition after it is held, would automatically make the Organization or individual that floated the competition liable for financial penalties as deemed fit by the DCCI. The verdict of the DCCI would be binding.

It has also emerged that in many cases there have been demands for bribery from the winning architects to secure the work order for the projects. On a similar note Anuj Mehta, an architect based in Delhi, shared that their firm, Anuj Mehta Architects has just stopped partcipating in government competitions, because of two bad experiences. His statement below: 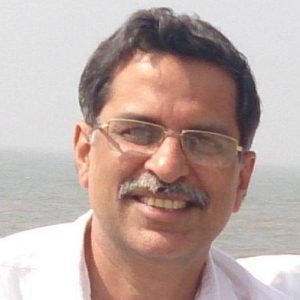 We participated in the Architectural design competition of NAAC campus at Bangalore in 2003 . We were informed verbally that we have won the competition . However the following day we were informed that the result had been withheld due to some issue. A week later when the result was finally declared , we were given the Second prize and a Bangalore based Architect was given the First prize.  We wanted to fight for this, but were advised by the seniors in the profession that it was how things happen in architectural competitions in India.
After a gap of five years we participated in the competition  for DDA housing at Dwaraka in 2008 . This time we were declared the winners in the design stage by a panel led by the then chief Architect Mr Dewan. However the Executive Engineer of the zone made us run around so much for awarding the contract that we gave up in disgust and walked away from architectural competitions forever.

Anuj Mehta also shared his entries along with the details of the competition. Below:

The other alarming aspect of competitions is the fact that it is the credibility of the jury that is put at stake for vested interests of promoters or other people involved in the project. While it may not harm the project, it may keep all respected professionals away from becoming a part of such juries in the future.
On a closing note, ArchitectureLive! advises all grieving professionals to reach out to bodies such as CoA and IIA. In case no resolution is reached, legal remedy must be sought. The sacrifice of time and some resources today would definitely help in making a better tomorrow.