The Eden That Was Hell: An Urbanist Perspective on Martin Scorsese’s The Gangs of New York, Ahmed Sadeed

The Eden That Was Hell: An Urbanist Perspective on Martin Scorsese’s The Gangs of New York, Ahmed Sadeed

Apart from being a labour market, cities are also a layered tapestry of human stories. What better way is there to portray human stories than movies. That is precisely what Martin Scorsese does in his epic drama titled “The Gangs of New York”. Based loosely on true stories and characters in 1850s New York, the movie chronicles the violent struggle for dignity, nativist preservation, and political power. Though accurate to a certain degree in its storytelling with immaculately gritty set design and gripping screenplay, the movie is a dramatic statement by Scorsese and not a documentary, hence it should be given the freedom of artistic exaggeration. In the following words we will investigate different aspects of the movie and comment on its historical accuracy.

The movie is set in the aftermath of the Irish Potato Famine, when a huge Irish population has migrated to New York in search of better life. As happens with any refugee migration, nativist xenophobes spring up to “preserve the purity of (insert a country name)”. Sometimes they operate politically and sometimes through violence. Similar situation plays out in the movie where The Dead Rabbits, Irish gang fight with the Nativist, American gang, in an open square resulting in free count of dead bodies and amputation. It is true that street gangs around ethnicity existed, The Dead Rabbits and The Nativist are also based on real groups, but they were more of a street club for democrats and republican respectively. They did sometimes engage in violent confrontation, but their activities were largely based on political canvassing and harassing poll booths during elections.

The fight where it takes place was called The Five Point, named so because five major streets would converge here creating a major junction (Reel Rundown,2022). The area used to have a collect pond where nearby residents would throng for picnics. The pond soon got contaminated and had to be landfilled. It is interesting to note that before land filling, rejuvenation of sorts was proposed for the pond which didn’t come through. The landfill was also poorly done resulting in loose ground that let out methane gas and sometimes sunk under building weight making it a hazardous and dangerous neighbourhood; low land price due to aforesaid reasons meant that it was suitable for desperate immigrants to settle here. The catacombs shown in the start of the movie filled with people wouldn’t be possible due to said ground condition (Herbert Asbury). However, the scene does a great job in putting forward the general housing condition.

Demography and the Occupation

Apart from Irish and Black Americans, the movie also shows sizable Chinese immigrants along with their neighbourhood called Chinatown (of course). The Chinese immigration 1860s was largely based in the Pacific coast; their migration to the Atlantic coast wouldn’t start for the next two decades (Matthew Gallman).

Another liberty that the movie takes is portraying the occupations of the immigrants and citizens in general. Most of them are shown as petty criminals and gang members frequently participating in murders and other such nuisances. But accounts remaining from the era, endorsed by historians Anbinder and Yamin, (Nat Geo, 2003) reveals that these immigrants, like most people, were hard working and trying to make best of what they were dealt with. As hard as it is to believe they had plain mundane jobs.

Crime and the Public Realm

The Five Point is shown as crime infested neighbourhood, with frequent murders and theft. It is however an exaggeration, the New York in 1860s was lot safer with one murder per month. The crime fest image of New York emanated from Mafia violence of the 1920s(Nat Geo, 2003). That said public drunkenness and prostitution was common in the Five Point. The marketplace and streets would be filled with prostitute and drunken group.

The buzzing market of the Five Point was so infamous that middle class people from the nearby area would visit under police protection for having a look at the chaos of the lower-class society. It was a self-aggrandising amusement for the middle class who themselves could not assimilate into the upper class of the city.

There is a scene in the movie where a house is burning, and two different fire brigades fight with each other on who is going to doze the fire. It reveals a true horror that existed in the 18th century where essential urban infrastructure such as police and fire brigade were unorganised. The fire brigades were often private groups who would hire people to hog the street hydrant so that in need only they can use the hydrant and not other groups. Police force was also largely unorganised which led to the free reign of gangs.

The Draft Riot sequence in the last section of the movie is accused of whitewashing the Irish role in the pogrom of black people. Though the city is sometimes referred to as progressive place where freedom and rights are guaranteed, when humanity moves forward, history has shown that in times of madness even harmonious communities turn on each other.

Cities are often deemed to be a place where people from different race, ethnicity and geography live together, exchanging goods, services, ideas among other things. Cities like New York are popular for their cosmopolitan nature. Where people from all over the world with their own dreams converge. But the movie portrays the underlayer of New York cosmopolitanism where it was born out of desperate migrants and violent encounters between various groups. While we take the current urban infrastructure for granted, the movie reminds us that it took centuries to develop those. While we think that urban populations participate in the economy for shared good, there is an underlying fight between have and the have nots, locals and the outsiders, left side of the aisle and the right. In short, the eden we know today was built on the rubbles of the hell which existed. 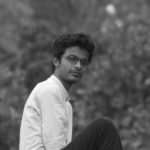