A matter of Perspective? The PM’s unveiling of the National Emblem atop the new Parliament building has again placed the controversial Central Vista Redevelopment project into the spotlight. - Megha Pande | ArchitectureLive!

A project deep embedded in controversy since its announcement has yet again managed to bring about a divisive discourse; this time regarding an Element of National Identity – the State Emblem. The Hindu religious unveiling ceremony of the 9,500 kg heavy bronze statue that will adorn the roof of the country’s new Parliament brought about a discussion of its own- the Constitution positions that the State does not practice any religion.

Since its unveiling on Monday, the opposition has criticised the Prime Minister, calling his unveiling of the Emblem as Head of the Executive a clear violation of the Indian Constitution that separates the Executive wing of Democracy from the Legislature. But, the permanent presence of a changed image of the serene lions associated with the State Emblem into seemingly scowling ones with long fangs atop the Parliament seems to have accentuated the anger linked to the unveiling the most.

Much like the expression it is being ill-famed for, the 6.5 m tall statue has sparked outrage amongst politicians and artists alike- with critics stating that replacing the peaceful countenance with aggression is “an insult to India’s National Symbol.”

While several supporters attribute the change in appearance to a different dimension, scale and perspective, others promote it as a symbol of a new, evolved India. In a series of tweets, the Union Housing and Urban Affairs Minister, Hardeep Singh Puri, has stated that if compared at the same angle, height and scale, the Emblem would come across as a perfect replica of Sarnath’s. While the Emblem for the Parliament building is 6.5 m high, the original Sarnath structure, commissioned by Emperor Ashoka in the 3rd Century BCE, is 2.1 m tall.

In a statement to NDTV, the Emblem’s designers, Sunil Deore and Romiel Moses expressed pride in the final output, “We’ve paid attention to detail. The character of lions is the same. There may be very minor differences. People may have different interpretations. It’s a large statue, and a view from below may give a distorted impression.” Interacting with the Indian Express, Deore states, “If you look at the Sarnath Lion Capital from below, it will look the same as the parliament emblem does.”

Regardless of the stance one takes, the consensus seems to agree that the newly unveiled lions are different from their Sarnath counterpart. But, as the Principal of Delhi-based Architectural firm Space Design Consultants- Architect Vinod Gupta points out, the National Emblem in itself is not a replica but an adaptation of the Lion Capital of Ashoka,

Some people are protesting that the Lion capital is not an exact copy of the Ashokan pillar from Sarnath that is the inspiration behind the national emblem of GOI. The pillar is not the national emblem, nor is the national emblem an exact photographic image of the pillar. So the idea that the Parliament Emblem is a distorted form of the National Emblem is incorrect. It is true that while the Sarnath lions were lean and peaceful looking, the new sculpture shows well-fed snarling lions with bared fangs.

He believes the public discussion is justified, “Something like the symbol atop the parliament would be there for hundreds of years. It has to be something that we all should be proud of.” However, as a symbol of an evolved India, “We have to accept the official line that this new image befits evolved Indian Society”.

Over the years’ the Lion Capital of Ashoka has been adapted several times. One such depiction would be atop the ‘Vidhana Soudha’ building in Bangalore, where the mouths of the Ashokan lions have been sculpted shut.

But, for an element of National Identity that has had one image for 75 years, is improvisation justified in the name of an evolving society? In a technologically advanced world where 3D printing is a reality, wouldn’t it have been easier for the Government of India- Custodian of the State emblem, to sanction a replica?

In the times of Metaverse, the GoI should, along with the original State Emblem and official 2D replicas, also have the hard and soft versions of 3D replicas. They should have had one 3D scanned into a computer file, sent to the factory and got a scaled-up replica fabricated.

The opinion also remains divided between the choice of material and the quality of the structure’s craftsmanship. As quoted by Tribune India, Vishal Bhatnagar, artist and sculptor at the Government Museum and Art Gallery, Chandigarh, believes Bronze to be an ideal material choice as “it’s going to weather all seasons”. While painter and sculptor Sidharth disapproves of the material choice, “Roar and presence should not become abusive!” Several pictures are doing rounds on the internet, giving a closer look at the seemingly asymmetrical lions. The poor welding quality makes the lions look scarred.

Is it a requirement to modify the images we have been associating our country and culture with, to let go of the past to denote an evolved India? When the four lions have always symbolised power, courage, confidence, and pride- is the replacement of serene lions with ferocious ones a depiction worth changing the Nation’s one of the most revered symbols? Or, as architect Chitra Vishwanath believes- if a new take was required, why not approach the old with a fresh, inclusive outlook?

The lions of the symbol represent power, courage, confidence and pride – which could be considered a representation of extreme patriarchy. If a change was deemed necessary, it had to be inclusive and empathetic – inclusive of the diversity of age and sex. I would have gone for two males and two females of the species of two different ages. A pride of lions all smiling than four males baring their fangs!

The official State Emblem, sketched by Dinanath Bhargava, an art student from Shanti Niketan, is a modified version of the Lion Capital of Ashoka. But does this serve as a justification to grace the Indian Parliament with a further modified Emblem?

With the Central Vista Redevelopment Project, India is gradually letting go of the elements it has identified with in the past 75 years. While the supporters of this ongoing project have repeatedly echoed a single claim of attempting to ‘decolonise the country’ and give it a ‘new, Indian identity’, even after 75 years of Independence, are we really under the shadow of colonialism? Or have we claimed it as our own by carving out a unique identity off it?

Everything becomes a matter of perspective in the end.

But, quoting Congress member Gagan Gogoi, “The Parliament and the national emblem belong to the people of India and not one man.”- Is it right to get ourselves to accept this new version of a National Identity that has been enforced and not consulted? 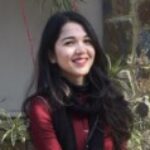