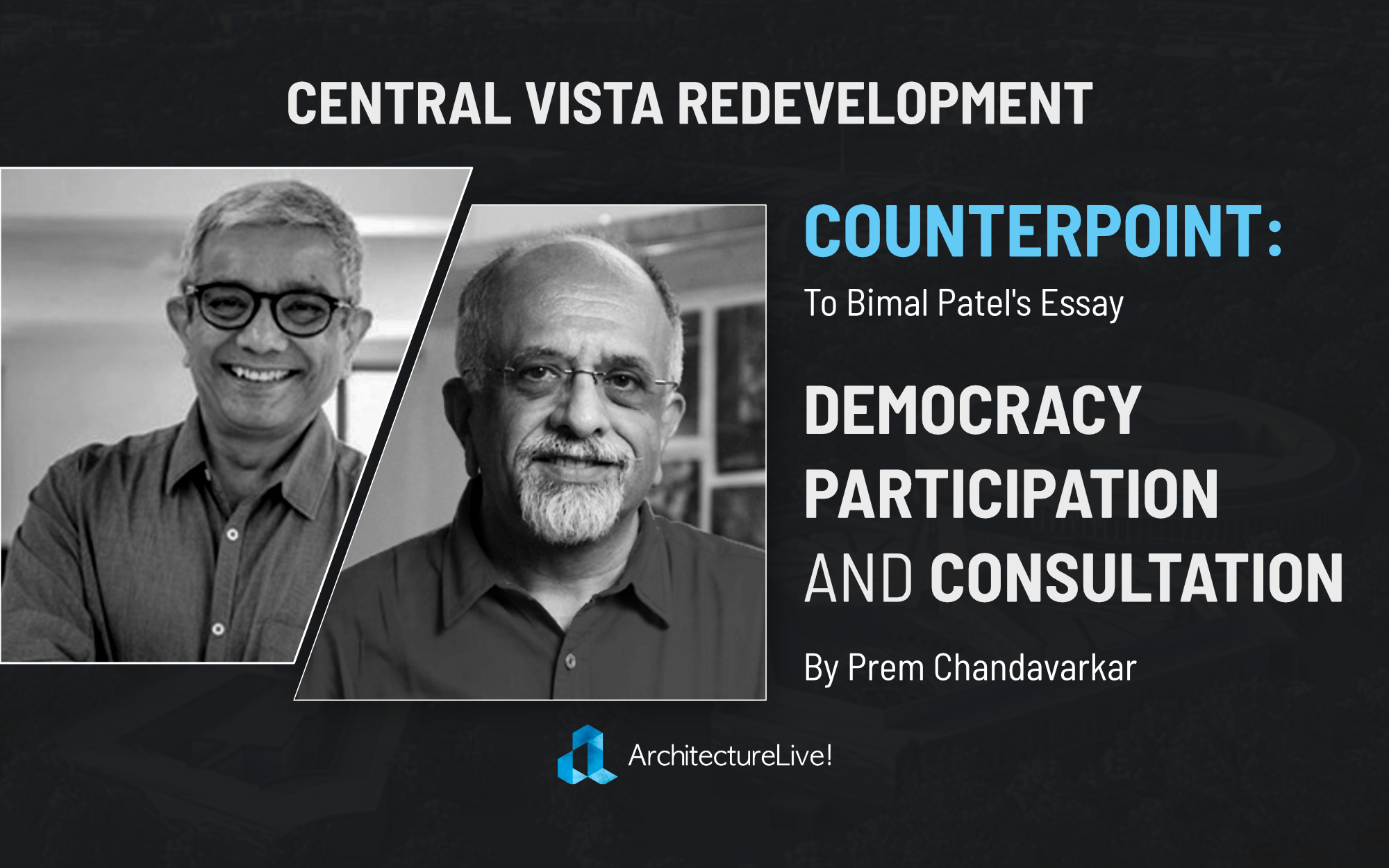 The Central Vista Redevelopment and “Democracy, Participation and Consultation”: What Does This Really Mean? ~ Prem Chandavarkar

The Provocation to this Essay

The latest issue (No. 61) of the Journal of Landscape Architecture (JLA), India’s premier journal on landscape and environmental design, carries an essay by Dr. Bimal Patel, the head of HCP Design Planning & Management Private Limited (HCP), the firm was chosen by the Government of India to design the redevelopment that will radically transform the Central Vista Precinct, including the Houses of Parliament. The essay speaks of many things that I find interesting, contains many points of value and agreement, but I will not take on many of them here. A section of the essay speaks on the Central Vista project, and this is what I will focus on. Given this is a current and contested public project of significance that is capturing public attention, the timing of this essay requires that, in addition to his specific mentions of the project, general points made by Dr. Patel must also be interpreted in its light.

The title chosen for this essay is “Democracy, Participation, and Consultation”, which repeats the sub-heading of the concluding session of the essay, and one must take note of what is emphasised by this choice of title. We know this title bears the approval of Dr. Patel because, in a breach of established publishing etiquette, an edit proof of the essay sent privately to him for approval was circulated by him among a select group of friends. Consequently, this proof leaked into circulation on social media well before the publication of the journal issue to which he had committed the article.

When this proof reached a group of concerned citizens, architects, environmentalists and other professionals (including myself), we reached out to the editors of JLA. We pointed out that multiple apprehensions have been publicly articulated regarding the Central Vista project, to which no public response has been offered by either the government or the architect, and the project is proceeding with negligible open disclosure. To carry this essay without any counterpoint could be misinterpreted as a tacit endorsement of the project. JLA responded that they wished to take a non-partisan stand on the project, do not aim to take sides, and would cover all sides. They drew our attention to an essay in the previous issue that criticised the process by which the architect for the project was selected and stated their intent to publish counterpoints to Dr. Patel’s essay in the next issue of the journal. We answered that, given the haste with which the government is pushing the project, timing is crucial. Being a quarterly journal, the next issue would appear three months later, and this gap in time would make it difficult to link such counterpoint to this essay. The government is trying to move the project as rapidly as possible toward the tipping point where it becomes a fait accompli, and a three-month window would serve them well. We pointed out that JLA had already taken the call under current circumstances to make this issue a fully digital magazine, and this gave them greater flexibility. In the cause of wider public interest, we appealed to them to delay the release of the issue by a few days so that a counterpoint could be written and added to it. JLA decided not to heed our appeal to wait, and proceeded to publicly release Issue No. 61 on 29 May 2020, carrying Dr. Patel’s essay without any accompanying counterpoint.

This essay is an attempt to offer the public counterpoint we felt was necessary to complement Dr. Patel’s essay. It is being released publicly on the digital portal ArchitectureLive!, with a link provided to JLA Issue 61, so that it can be read in conjunction with Dr. Patel’s article. The essay draws attention to multiple issues related to Central Vista that Dr. Patel has chosen not to speak on, both in his JLA essay and elsewhere: all issues sorely needing exposure to open light, articulated here in a quest to provoke much needed public discussion. The essay evaluates what is publicly visible thus far on HCP’s design proposal and goes on to expresses certain thoughts in response to remarks made by Dr. Patel in the JLA essay. In conclusion, it reflects on what it means for the essay to bear the title “Democracy, Participation and Consultation.”

The Central Vista Redevelopment: The Project Brief and Process

While the Central Vista Precinct came into being as a project to serve the British Empire, it was appropriated by India on gaining independence. For over seven decades it has served as the geographical centre of our democracy, been a significant public landscape, and is thus woven into our history. It would, therefore, be expected that the redevelopment project launched in September 2019 would aim to follow the highest standards of democratic ideals and respect for heritage. Unfortunately, this has not been the case:

It could be argued that many of the issues stated above are the responsibility of the government, are beyond the scope of any architect, and must therefore not be linked to an essay by Dr. Patel which has no connection to official governmental pronouncements. However, Dr. Patel has repeatedly defended the project as it is and has also endorsed the ambitious time frames it aims for. HCP, as architects of the project, would have been involved in all the technical documentation necessary for the changes of land-use and the submission made to EAC for environmental approval, lending their weight to a project process that pushes the project into the statutory approvals needed to begin construction before any meaningful public consultations have been held. Therefore, Dr. Patel, as the head of HCP, has become complicit in many of these issues and should speak on them. Moreover, he is not just an architect, he is also a thinking citizen in a democracy, and his involvement in a public project carries a moral imperative as a citizen to consider the impacts it has on democracy.

Comments on HCP’s Design for the Central Vista Redevelopment

So far in this essay, I have spoken on general issues to the project. Now it is necessary to address issues specific to HCP’s design proposals. Given the lack of public disclosure, it is difficult to comment as concept notes, drawings, area statements, and visualisations of the project are not available for detailed scrutiny. Whatever is discussed here, is based on partial data that has leaked out or been shared with media, so a comprehensive analysis is not possible.

Reading Dr. Patel’s essay, there are some statements in it that provoke thoughts and questions.

As mentioned at the start of this essay, Dr. Patel approved its title “Democracy, Participation and Consultation.” We have already reviewed democracy and public consultation. Let us now turn our attention to participation.

The most incisive take on participation that I have ever come across is an essay on the subject by the late Iranian economist, Majid Rahnema. This appears in a collection of essays titled “The Development Dictionary”, edited by Wolgang Sachs, examining the various facets of development. Rahnema says that when participation is invoked as a necessary component of democratic development, it tends to be discussed as a singular concept, when it is actually a nuanced notion that has four dimensions:

Rahnema argues that a full and true democracy would invoke all four dimensions, but it is more common to find some recognition granted to the political dimension, lip service paid to the instrumental dimension, and negligible recognition of the cognitive and social dimensions.

The Central Vista project has been characterised till date by secrecy and opacity, without any open consultation that is truly public in nature, and with no holistic data placed in the public domain. This alone violates democratic principles, a transgression further compounded by disregard of parliamentary debate and unacceptable deviations in statutory approval procedures. And the project is yet to effectively invoke even one of the four dimensions of participation that Majid Rahnema identifies.

In this light, it is with a sense of extreme irony that we read this essay bearing the title “Democracy, Participation and Consultation.” 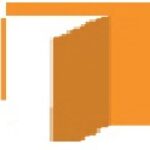 The Oranje castle, by Archohm is a housing project on which Archohm collaborated with the globally-renowned Dutch architectural firm MVRDV. The 7 acre site is situated in one of the upcoming areas of Lucknow, just off the Amar Shaheed path, which is the main artery connecting the city to its Airport. 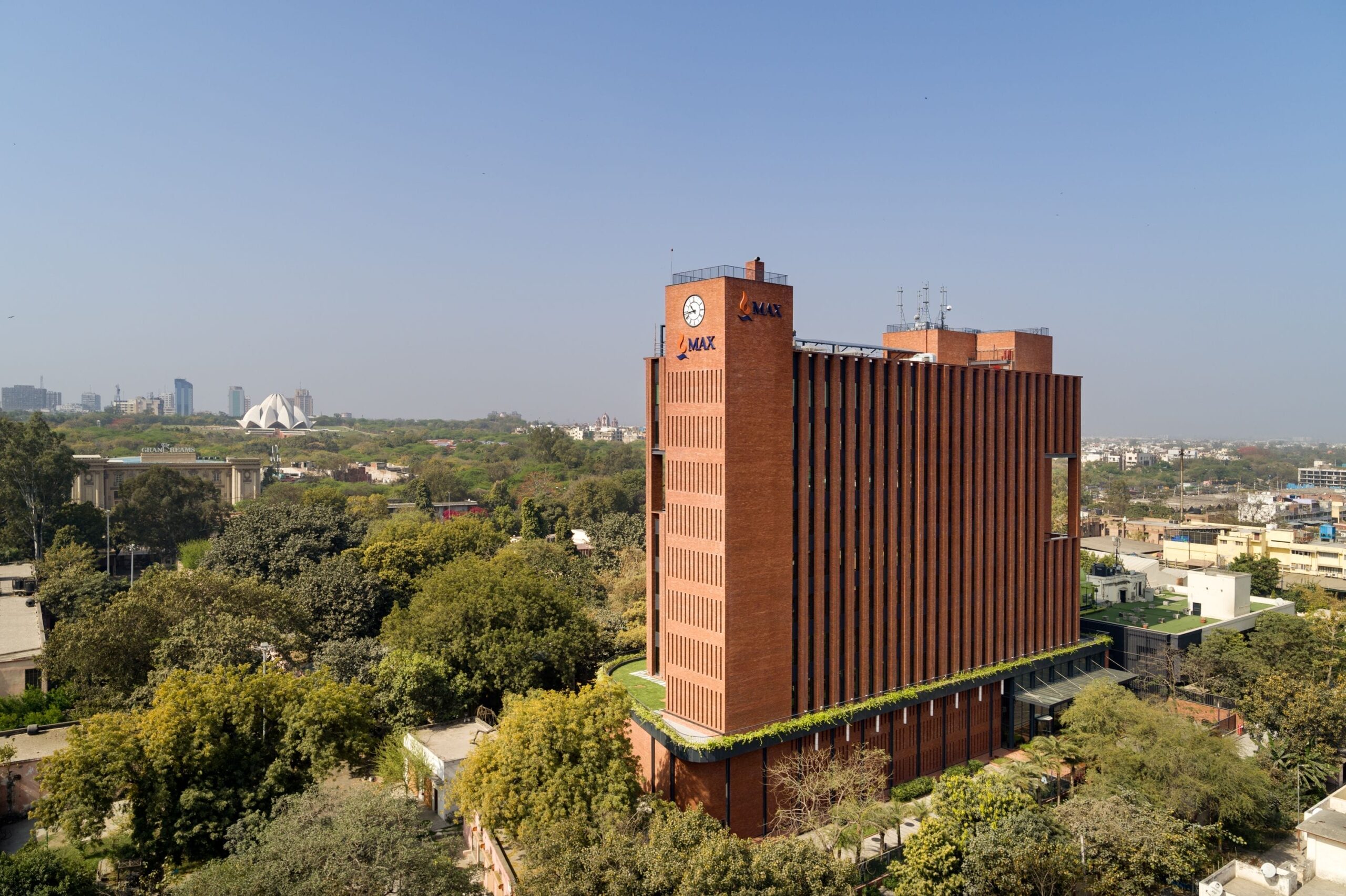 Max House Located in New Delhi’s Okhla industrial area, a multi-storey office building that would ease into the landscape and nod to its context while aiming to set a benchmark for timeless architecture. 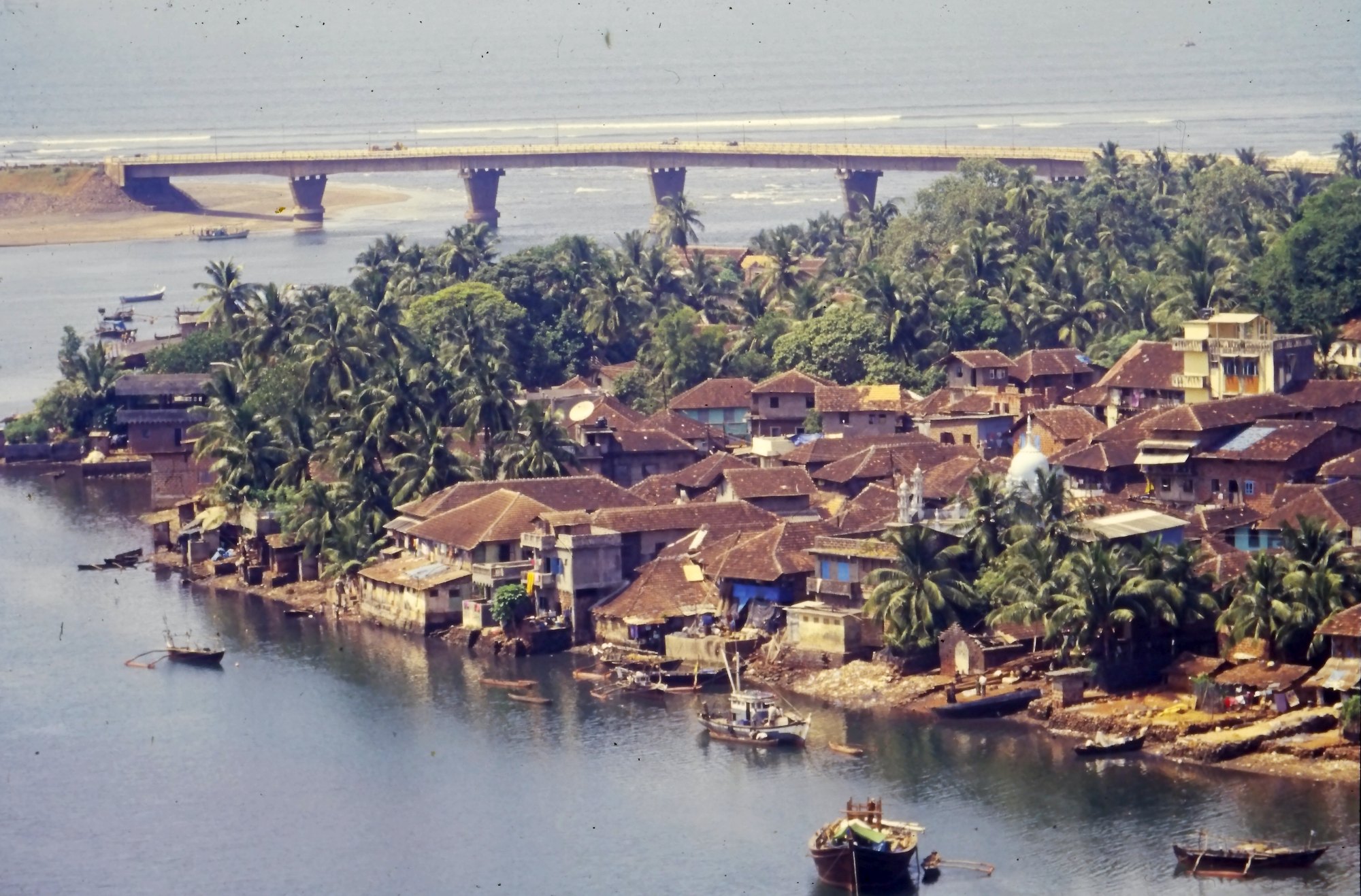 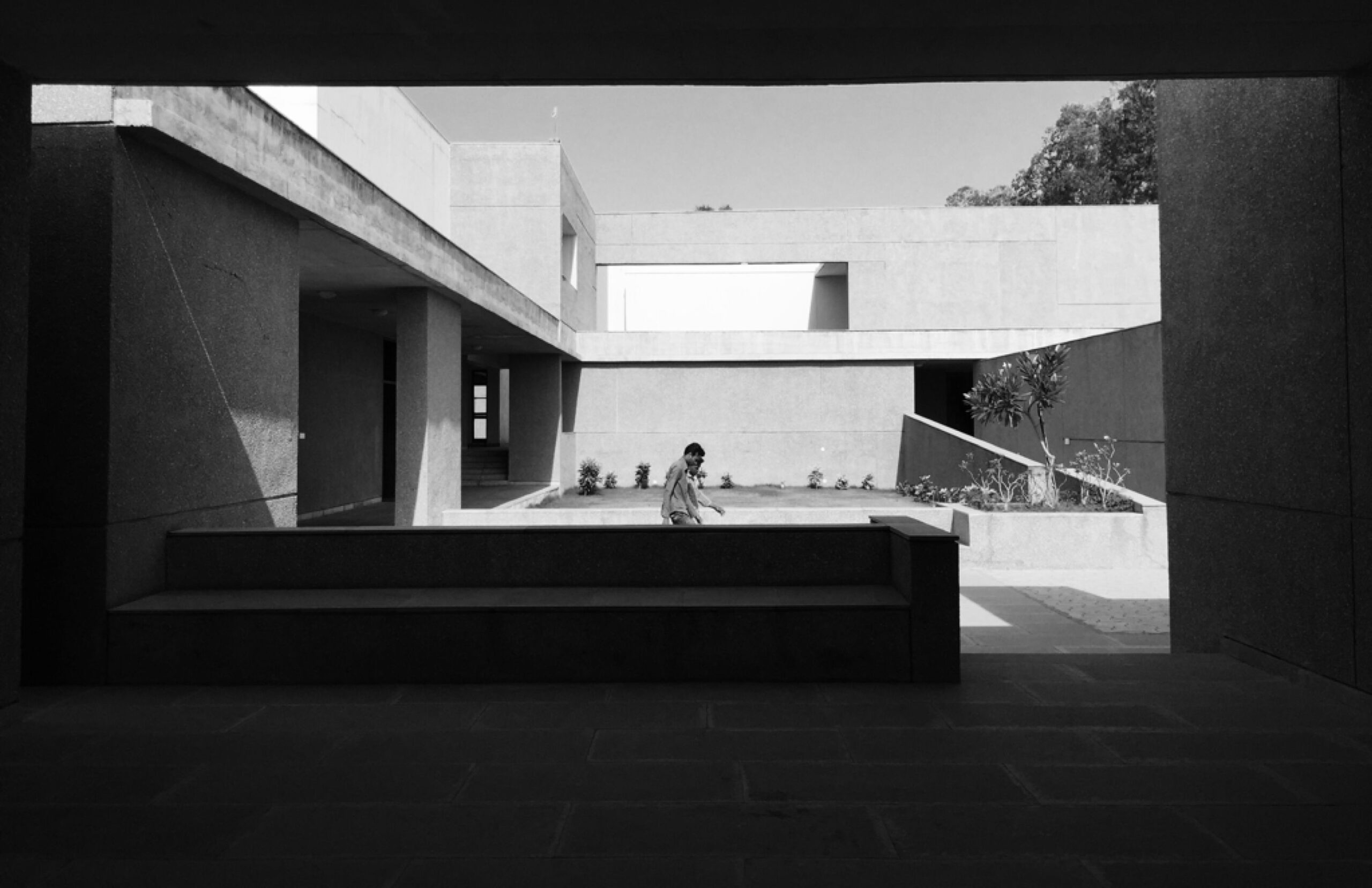 Shubhra Raje in conversation with Aakrati Akar for designing of Aparnaa World School for the series: ‘Decoding: Architecture of the Academic Environment.’ 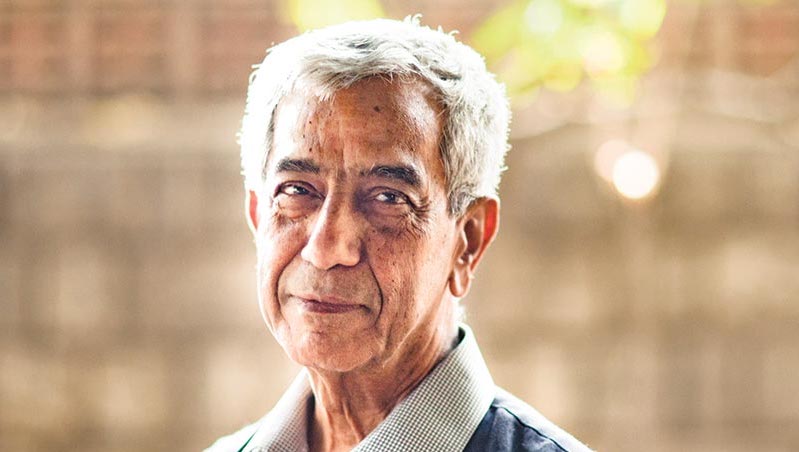 Jaisim Fountainhead’s Principal Architect and Founder, Prof. Krishna Rao Jaisim, talks about the contribution of females in his journey as a student and later a practising architect. 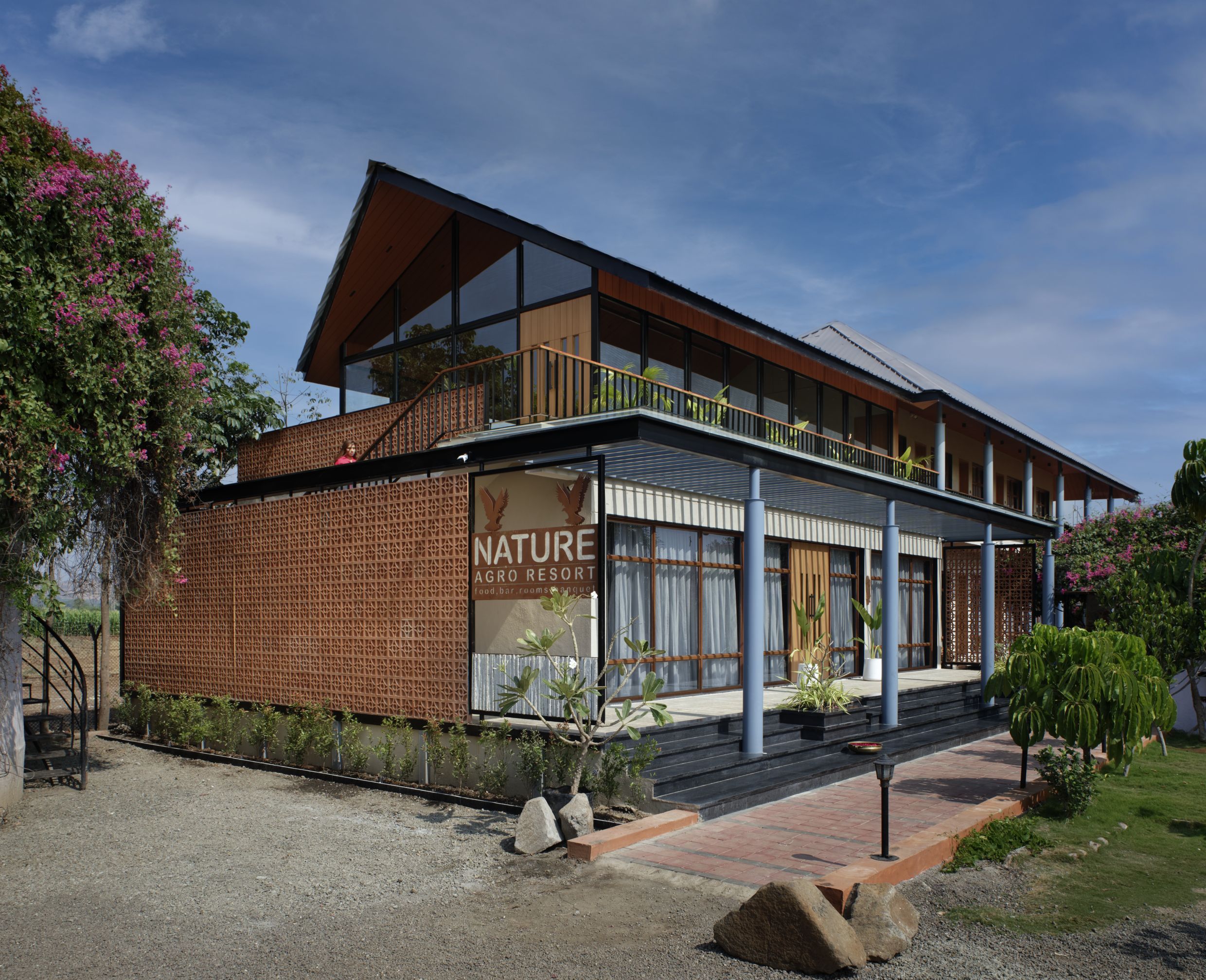 ABDS designing a Contemporary Farm Resort extension, Nature agro resort, the project was essentially an extension of The Agro Resort which was designed by us some years ago. The requirement this time around was addition of a structure housing a conference hall, dining hall and ten executive rooms.