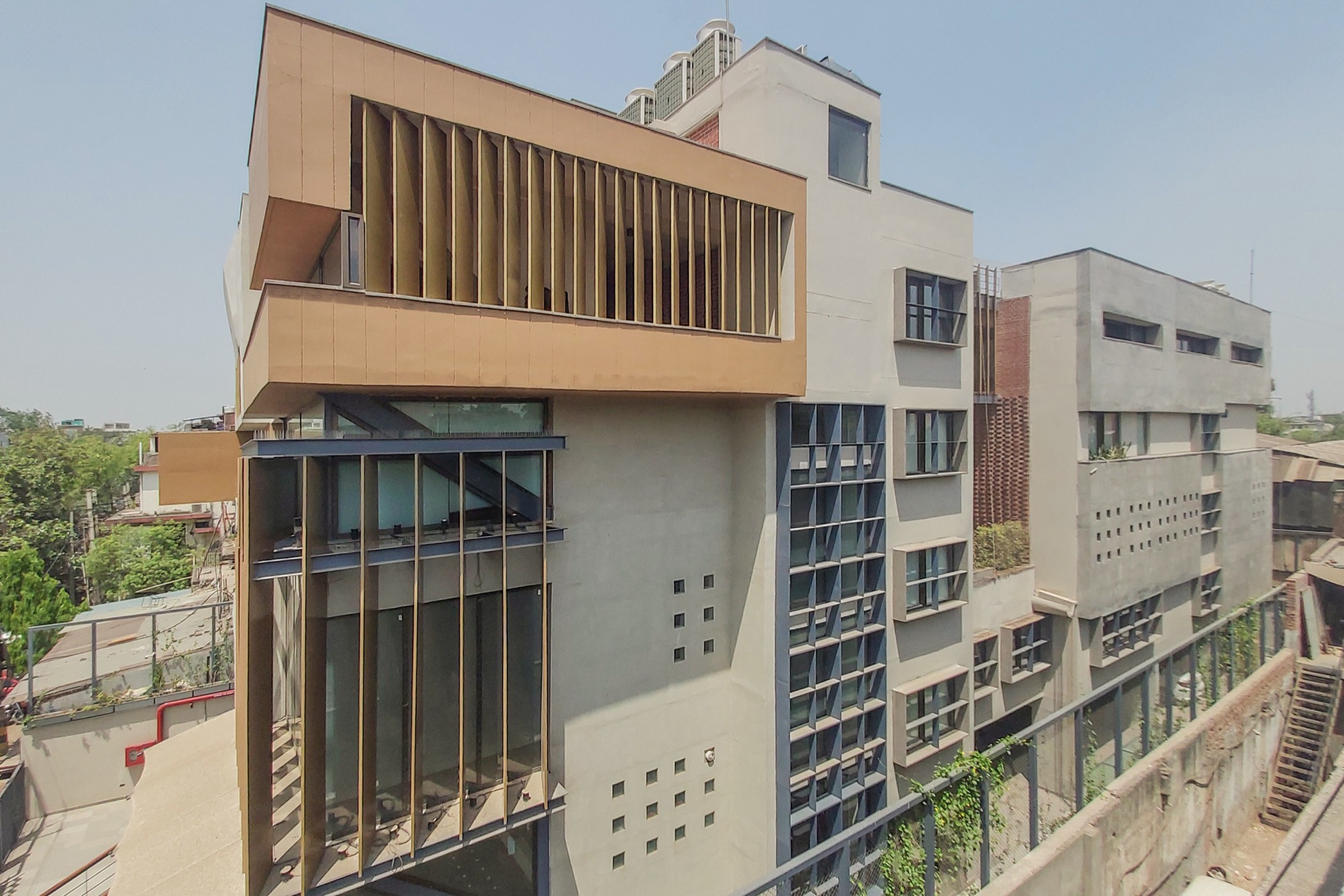 The Design evolves with the intent to stand calm and composed. The Building claims its entity in the entire vicinity, bringing a sense of pride and  belongingness to its users.

The Concrete building mass is steered and sliced by three vertical planes strategically to attain relief spaces at the front –double height RECEPTION LOBBY, Ground floor and at the center –Courtyard, First floor, revealing the inner flesh of the building which breathes through articulated terracotta brick parametric screens.

The Building Façade responds to the two aspects – Responding to the Climate and Augmenting the immediate context.

The Façade is an outcome of a simple evolution process from line to plane to forms. The Responsive Façade of the building is dominated and also unified by distinctive numerous vertical louver sun shading system, articulated neatly over the High performance DGU thermal break windows to cut down the south Sun gain consequentially.

The consequential central courtyard on the first floor is a significant relief amidst the massive concrete block which is an ‘open to sky’ calm space stimulating tranquil, cool, green micro environment with a water body and trees. Created by enclosure from two sides by terracotta brick jali, the breathing walls, brings in cooler air inside the building, reduces the dependability on Air conditioning and contributes again towards energy efficiency of the building. 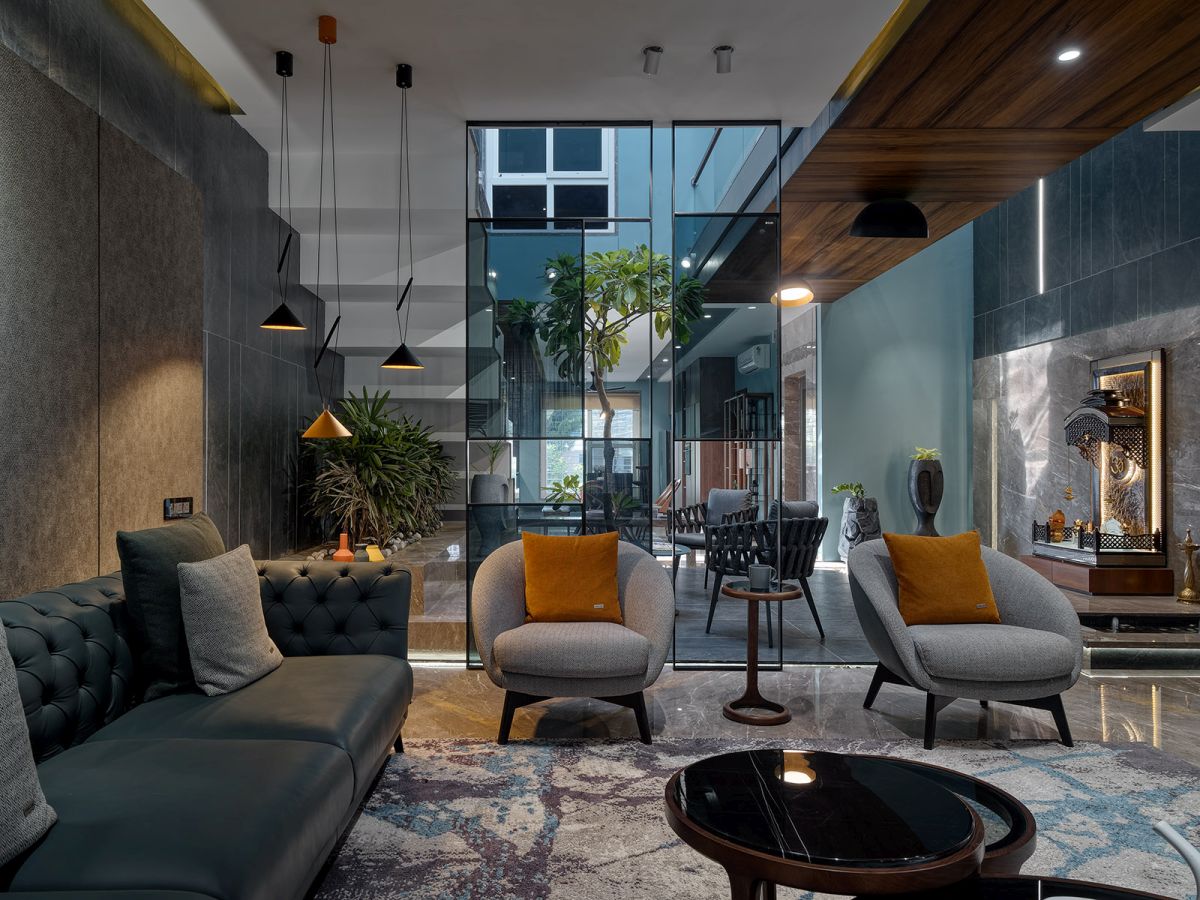 A design that is contextual, instantly lends the built structure a unique character, on account of specific and unique site conditions it responds to. Such is the case with this home too which is located in Maharashtra’s Nanded District. Envisioned by, Architect Amit Kasliwal and Architect Sagar Mundada of 4th Axis Design Studio for a family of four. This home, named ‘Chirantan’, anchors itself on a sprawling 3780-square-feet plot. It was brought on board to develop a narrow plot, facing a lush green field. Having studied the context as well the site constraints, the firm came up with a design for the home that does complete justice to its surroundings while simultaneously adhering to the crisp client brief—“a house that appreciates the tranquility of the green field” .

The project was to design flagship store for luxury furniture brand. The site total area was around 6000 sq.ft of Carpet Area. The project is 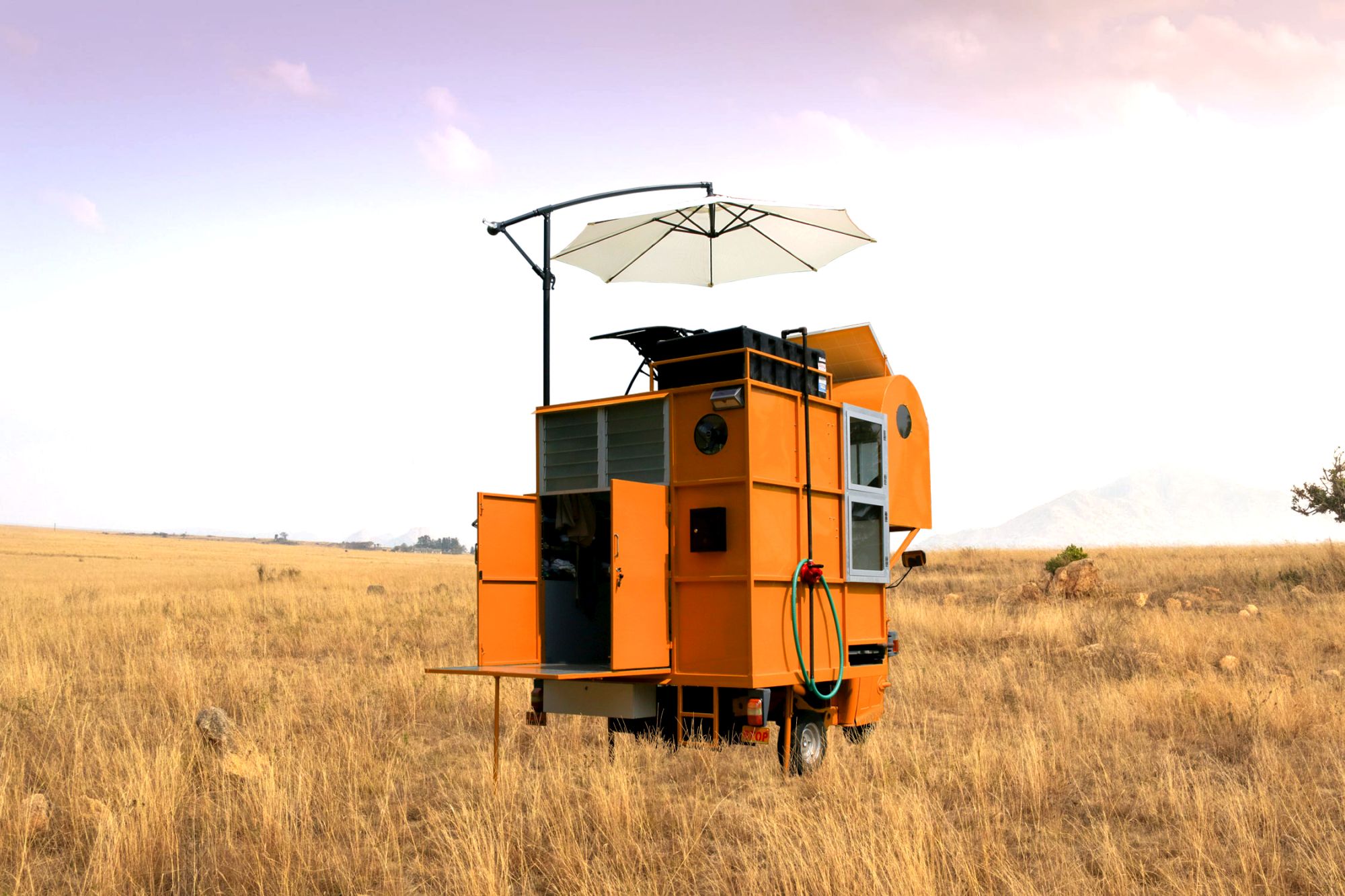 SOLO: 01 – Portable Housing Concepts in India, by The BILLBOARDS Collective

SOLO: 01 – Portable housing concepts in India, by The BILLBOARDS® Collective.