Preface: In and Out of the Library – Himanshu Burte on Library Spaces

More concretely, the single library can be imagined as the space a network creates. It may be imagined as a network of various dispersed book lovers and readers tied to it. That thought takes us places. What if the larger space within which a particular library sits is actually a cumulative super-network of users of other libraries, in a larger network of libraries?

In Space and Place: The Perspective of Experience (1977), the geographer Yi-Fu Tuan calls place a ‘concretion of value’. By that measure, a good library is clearly and intensely a place. Like all ‘real’ places, it is more significant every day as physical space dissolves into the virtual with the increasing speed of bytes and vehicles. But is the space of the ‘real’ library what it appears to be? This issue of Torchlight explores the question from various perspectives, and across diverse locations and forms of enquiry.

We read the library’s immovability in Kiran Vaghela’s Gujarati prose-poem inspired by the haibun form, as a valued guarantee of its continuity in time (‘…it is still there’). As a counterpoint, Alia Sinha’s graphic meditation in the ‘Readerly Problem’ floats on the hope that wherever the reader may go, a library would help her put down roots. Of course, though the library itself is fixed, books are portable. You can even put wheels under them and as they travel, they disseminate the library itself, as in Prakash Anbhule’s account in Marathi, of the library as an instrument of creating 150 ‘book villages’ in rural Phaltan, Maharashtra.

More concretely, the single library can be imagined as the space a network creates. It may be imagined as a network of various dispersed book lovers and readers tied to it. That thought takes us places. What if the larger space within which a particular library sits is actually a cumulative super-network of users of other libraries, in a larger network of libraries? Mandara Vishwanath and Preedip Balaji of the Indian Institute of Human Settlements, Bengaluru, tell us how a city-walk threading together different specialized libraries within walk-and-wheel distance in the city, helps unearth a potential ‘network space’ of libraries that are waiting to be realized through our practice of inhabiting the city. Importantly, diversity is the key characteristic of this network of specialized libraries. Beena Choksi in On The Same Page takes to the virtual pack donkey (and speedboat) to extend the geography of this network space way beyond the city or village, through stories of remarkable efforts to take books to readers, wherever they might be.

Of course, social life outside the library shapes and is shaped by life in it. Like other spaces, libraries are also contested ideologically in small and big ways. Al Ameen J. reports on the gendering of public space, especially libraries, in Kerala. We learn that urban and rural libraries may function as mechanisms of surveillance and control over women, but are also the very spaces through which women also find and forge an own voice for resistance and transformation.

The transformation of the dispiriting and silent space of the library into a sanctuary of sociability and mutual help during exam stress suggests two things: that the library has been rendered marginal in Indian educational institutions, but also that it may be transformed – as a social space – out of character, through practice.

Practice needs a physical space and a time, of course, as Khushbu Prajapati reminds us with the finding that neither of these is kept aside in either the building or the school time table, in many rural schools in Odisha. In her story, practice does make room for reading given a foothold: an NGO working with parents and children has helped them produce a library space after hours in the same premises, with the simplest of ‘hardware’.

But jugaad – improvisation – cannot be the destination. A dedicated physical space, designed to a vision of the library being more than a conventional library – and in fact, a platform for debate, the very foundation of democracy – does matter. Accordingly, Surya Kakani leads us through a tour of the invisible architecture of considerations that organize his design of a public library in Gachi Bowli, the aspirationally placeless part of Hyderabad. Since the design is only as good as its recognition of those it seeks to empower, Parul Kumtha, also an architect, shows what it takes to acknowledge the routinely ignored: those with special needs. Unlike some of the other essays that open up and unpack the space of the library outwards with the travelling book or booklover, her attention finally leads deep into the book. Re-imagining library space for universal accessibility ends with designing the very book on the library shelf, which perhaps, ought to have been the starting point. 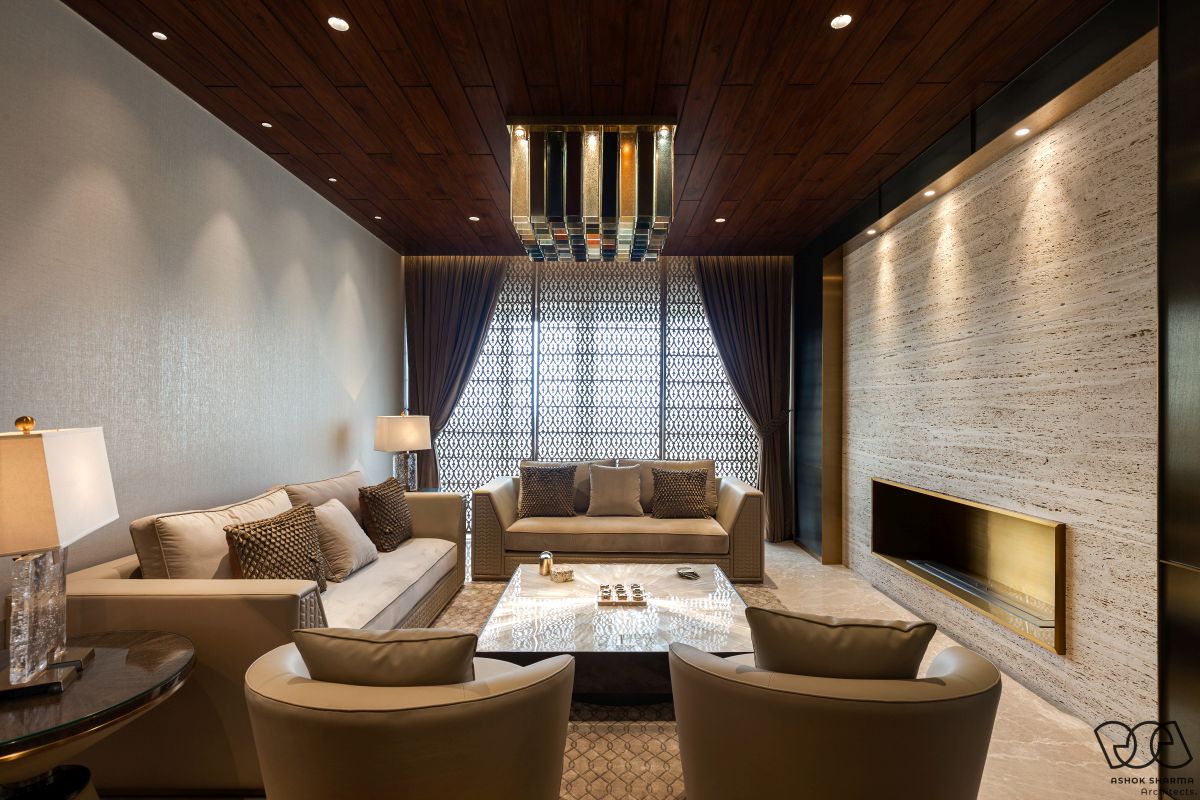 The House of Browns and Beiges, at Ludhiana, Punjab, by Ashok Sharma Architects

This 3BHK apartment has been designed keeping in mind the client’s requirement of a minimalist yet contemporary home. The clean visible lines in this spacious apartment is what catches all the attention. The experience of the space designed enhances when the thoughtful incite of the design is well-planned and executed. This 3600SqFt apartment is a noteworthy example of a well-sought balance of warmth and design.

The House of Browns and Beiges, at Ludhiana, Punjab, by Ashok Sharma Architects

The Hall of Nations demolished – Manoj Mathur shares what went wrong and what can be done in the future.

The much celebrated symbol of Modern Architecture in India – the Hall of Nations at Pragati Maidan, New Delhi – was demolished last night. We 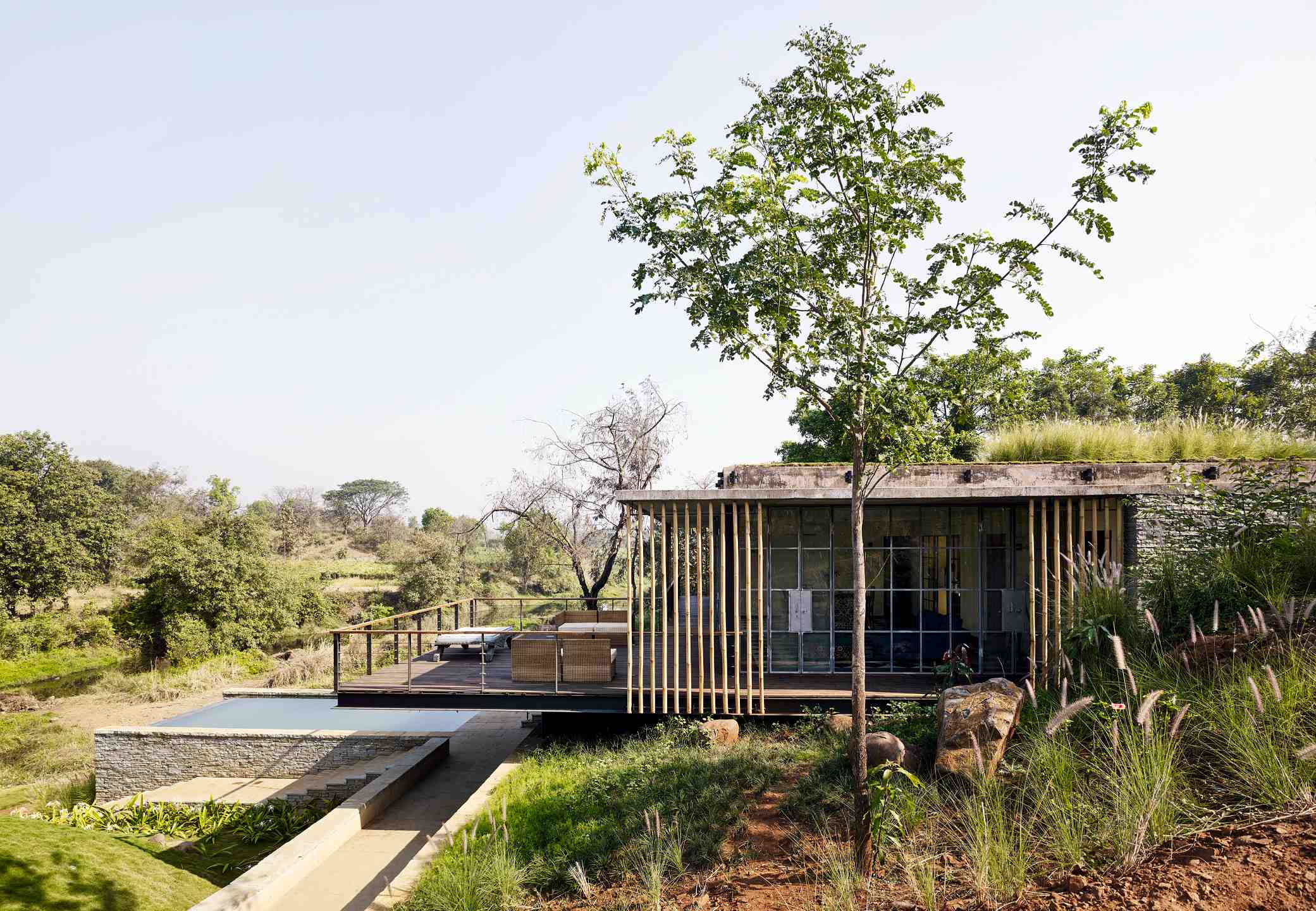 The Riparian House, at Karjat, Maharasthra, by Architecture Brio