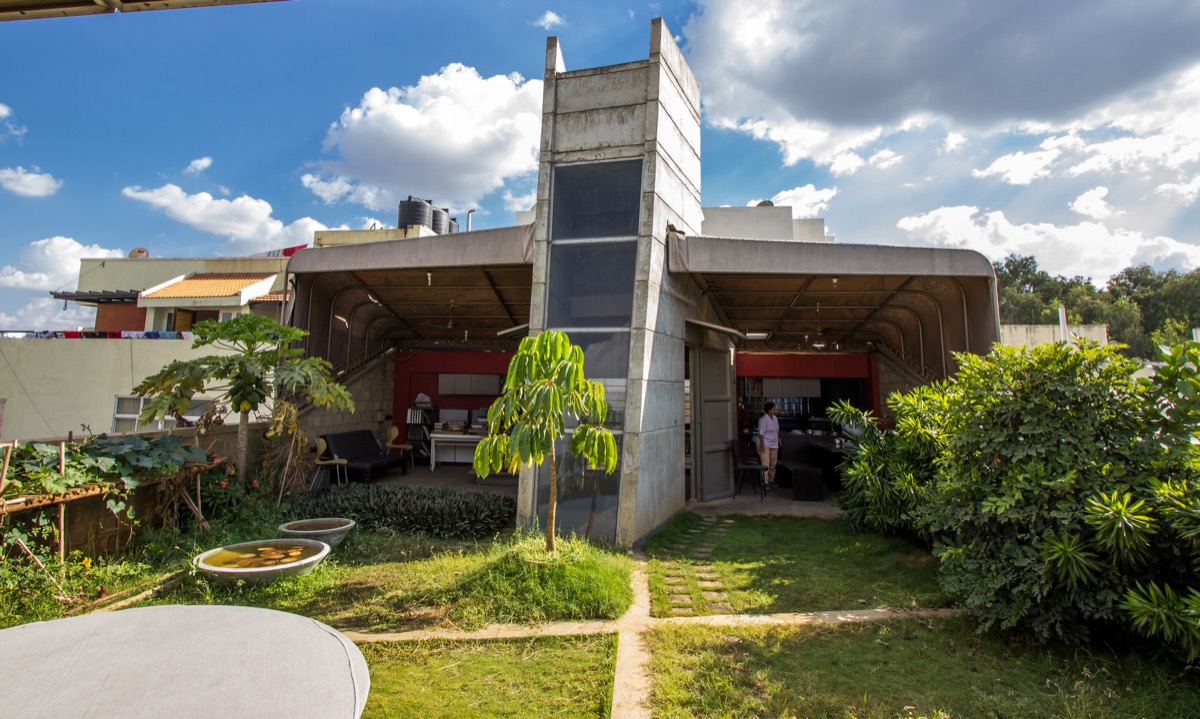 The earth excavated for the basement, piled up in the adjacent site, seemed to be telling us to make use of her. Make bricks from me and build yourself a wonderful place, and don’t dump me in some landfill far away – she seemed to be saying. And we made bricks from the earth, soaked them in the sun. These bricks were stronger than any brick we had used before. Its beautiful texture, color and size inspired us to tell a story about the brick in the architecture of the building.

This building was to be a home and office for us. As architects, we have always liked buildings under construction. And later, when everything gets plastered, the power of the material, its tectonic character is lost. We told ourselves that we will make a building where Beauty comes from the rawness of the materials – brick, concrete, wood and steel. Brick walls would make the building, supported by a structure of concrete and steel. Wooden windows, partitions and casework will complement the brick walls.

So, we got to work. We had never used the earth brick before. We first selected a brick size that was bigger than the regular Indian standard. We then decided to put it on its shorter edge and try the ‘rat-trap-bond.’ The rat trap bond is a beautiful bond. We had used it with the regular baked red brick, but never with the earth brick. With the bigger brick, the bond made a rhythmic ornamental pattern on the outside, with a hidden cavity in the center. This double advantage of the ‘rat-trap bond’ clinched it for us as the way to make the brick wall.

An exposed brick building, where the brick is used as the core material as well as the surface of the wall, needs intelligent detailing and craftsmanship. We had to think of how to deal with the concrete and steel columns, beams on the exterior and interior of the building. To keep the exterior monolithically brick, we extended the slab slightly beyond the edge beams and columns, so that the brick could be clad over at beams and columns, and one would see mostly brick. Great care was taken to keep the integrity of the brick bond, even as the building turned and the walls shifted.

Another core idea that setup the architectural character was following a few simple rules- no plaster or paint, sill or lintel or projecting sunshades, and lastly, no tiles. This made the building look and work the way it is now – designed and crafted with care, making it sustainable, site specific and powered with raw beauty and honesty.
Many other strategies were put in place to make the building ecologically friendly – rainwater was harvested, a natural ventilation system was designed using skylights and vents, ample daylight was diffused into the interior with clever location of windows and skylights and solar power for electricity and water heating were incorporated. All this was done elegantly to keep the architecture consistent with the idea of beauty in rawness. 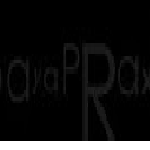