The Designer duo, always wanted their work place to be their own world of colors and spatiality. This was the driving force for them, once they took up an office space in the chaotic urban environment of Delhi. The challenge was to design and develop the space within very strict budget and timeline. After two months of rigorous work, multiple on-site obstacles and parallel Studio, the joy in the newly done-up Studio clearly tells us that the mission was accomplished to their expectations. 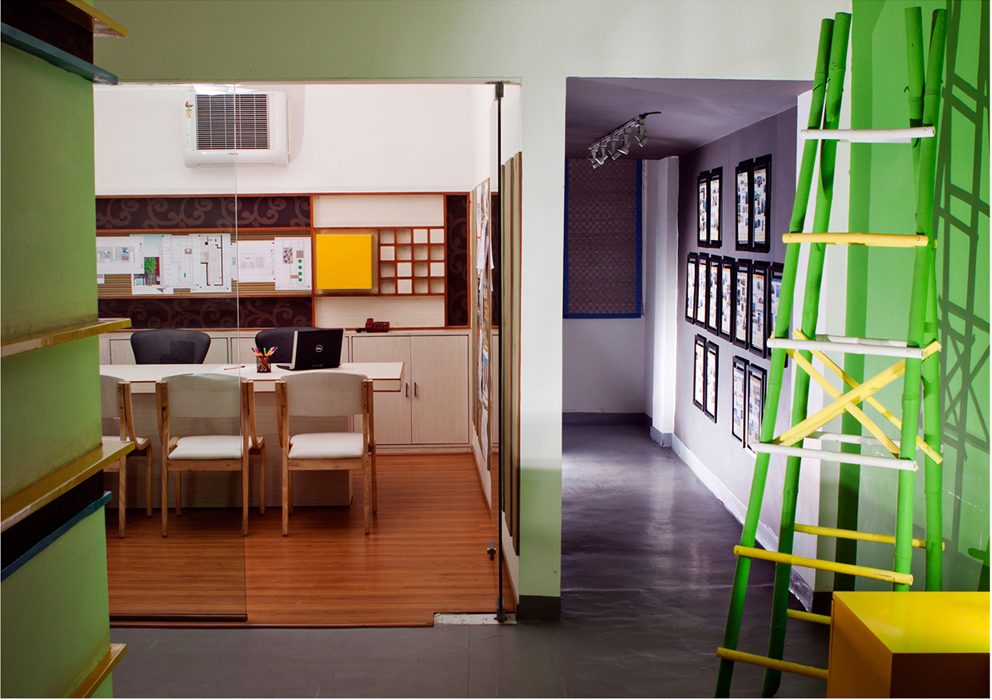 As the door opens, multiple frames of illusion can be felt and the spaces emerge as question marks, bringing the inquisitive youth from within. The free flowing layout leads to the view of contrasting spatial experiences where directions can be felt through eyes. The first volume of space has a junior studio with high display panels to its left, facing the library cum waiting area. The Studio welcomes you with optimum and precise usage of the color Blue in the niche of the sunken Waiting Area, symmetrically positioned pigeon holes for exposed display of books and magazines while using White as the backdrop. The usage of dark Wallpaper here adds contrast to the enclosure.

The 650 sq ft. Studio has been planned on a hierarchy system. This was achieved by placing a dark room in the center which gives birth to a junior zone and a senior zone, while an imaginary path thus created, from one end to the other end of the office, takes the visitor through various volumes of spatial experiences. The third zone is created in the rear most area which caters to the services without disturbing the rest of the Office. The irony of the dark room which is clad with the bands of Yellow, Blue and Brown clearly shows the intention of the designers to add an embodied humor.

The “boxes of colors” were brought to life by the result of an intention to break free with the conventional storage design, in an expression to explode with harmony, balance & color. The space acts as a display for project model which is in fact a model in itself. A casual seating is an add-on to the space and interestingly it also acts as transitional space and focal point of the whole area.

The space next to the dark room acts as Senior Studio, again with high display panels to create an aesthetically pleasing environment while serving the purpose of maximum display for an Architect’s studio. This area also caters to a Discussion/Conference area. 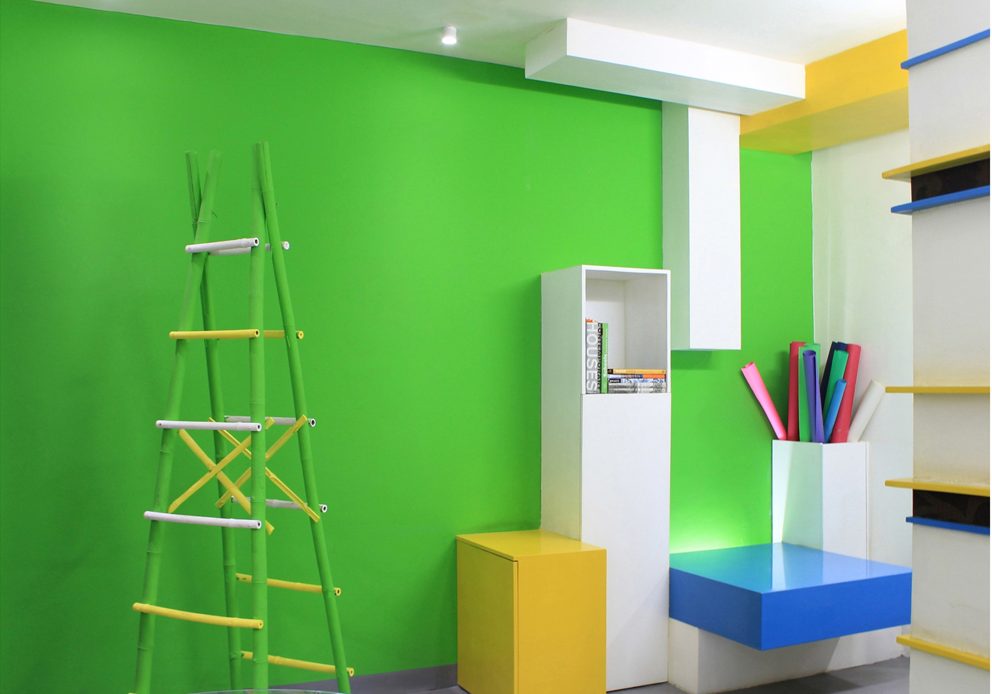 The “ladder” behaves as the floating member of the team with a flexibility to change its position & dramatically add depth, life and color in any given frame.

The exhibition space is developed with a dropped down ceiling to break the proportion and give a dramatic effect to the whole area while adding a story to the passage. This dark corridor with the play of light acts as a display unit and serves as the contrast to the vibrant playfulness of the rest of the studio. 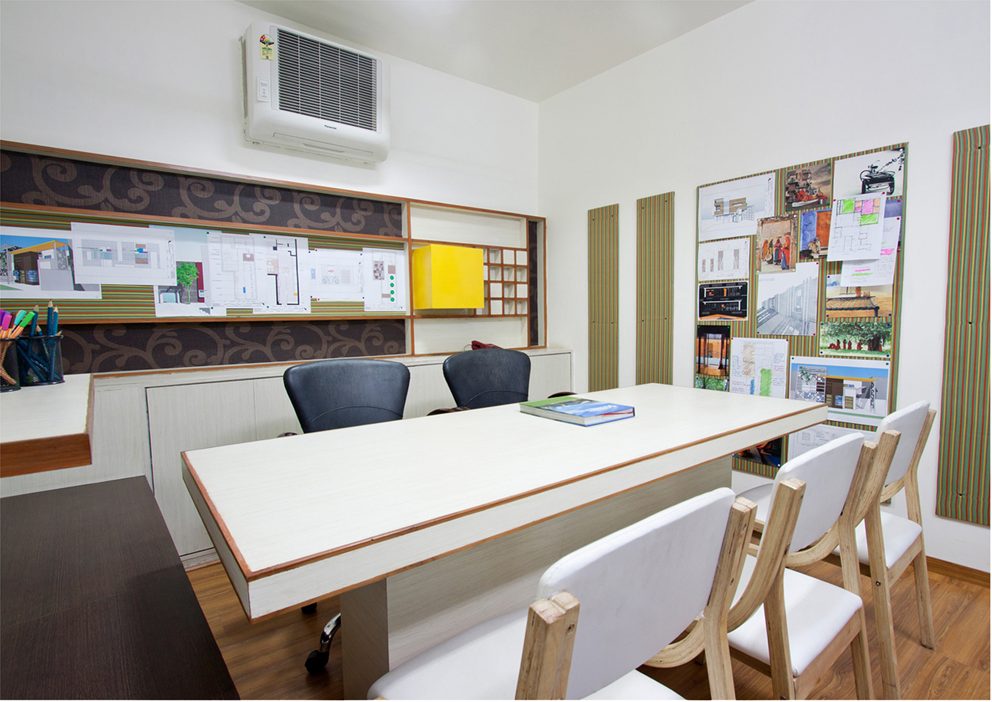 The Principal Cabin can be seen as a mix of youthfulness and authority overlooking the rest of the office. This was achieved through usage of low saturated colors with a single small box of yellow to intentionally break the attitude. The purpose to use white furniture is to give importance to the vibrancy of displays all around. Apart from three visitor chairs, the linear and elongated seating here with floating supports serves the basic necessity of multiple visitors while increasing the depth of vision.

The selection and placement of various materials were dependent on two main criteria;

Grey PVC Flooring is used throughout the Office except the Principal Cabin to add neutrality and balance the vibrancy of the Studio. Wooden laminate flooring is used in the Main Cabin. A large amount of MDF finished with German based PU Pigment Paint has been used for Blue, Yellow and White. It has a quality to devoid wood completely of its appearance and brings in reflectivity & shine to the surface. This leads to a dramatic environment with the play of shadows, light and reflection. Dark wallpapers can be thematically seen at various intervals. Gypsum board partitions and false ceilings were used to cater to time constraints. Glass is also used for partitions which provide privacy while still managing to flaunt the lightness and transparency. A lot of light had to be used in creation of these dynamic ambiences, so LEDs were an obvious choice for its low energy consumption quality. Low density fiber boards with a selection of fabrics were used for the display panels. The blinds were procured from various road side vendors with high quality craftsmanship.

The Studio is undoubtedly a designer’s expression of life within boundaries, where colors add a playfulness so as to give freedom for thoughts and ideas to take birth & evolve with an intention of positivity. In a city that drains you with its clusters, traffic, noise and where workplaces are limited by scarcity of space and air; this place has a life of itself, where energy can be seen and felt throughout. 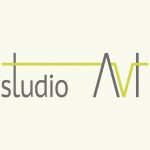 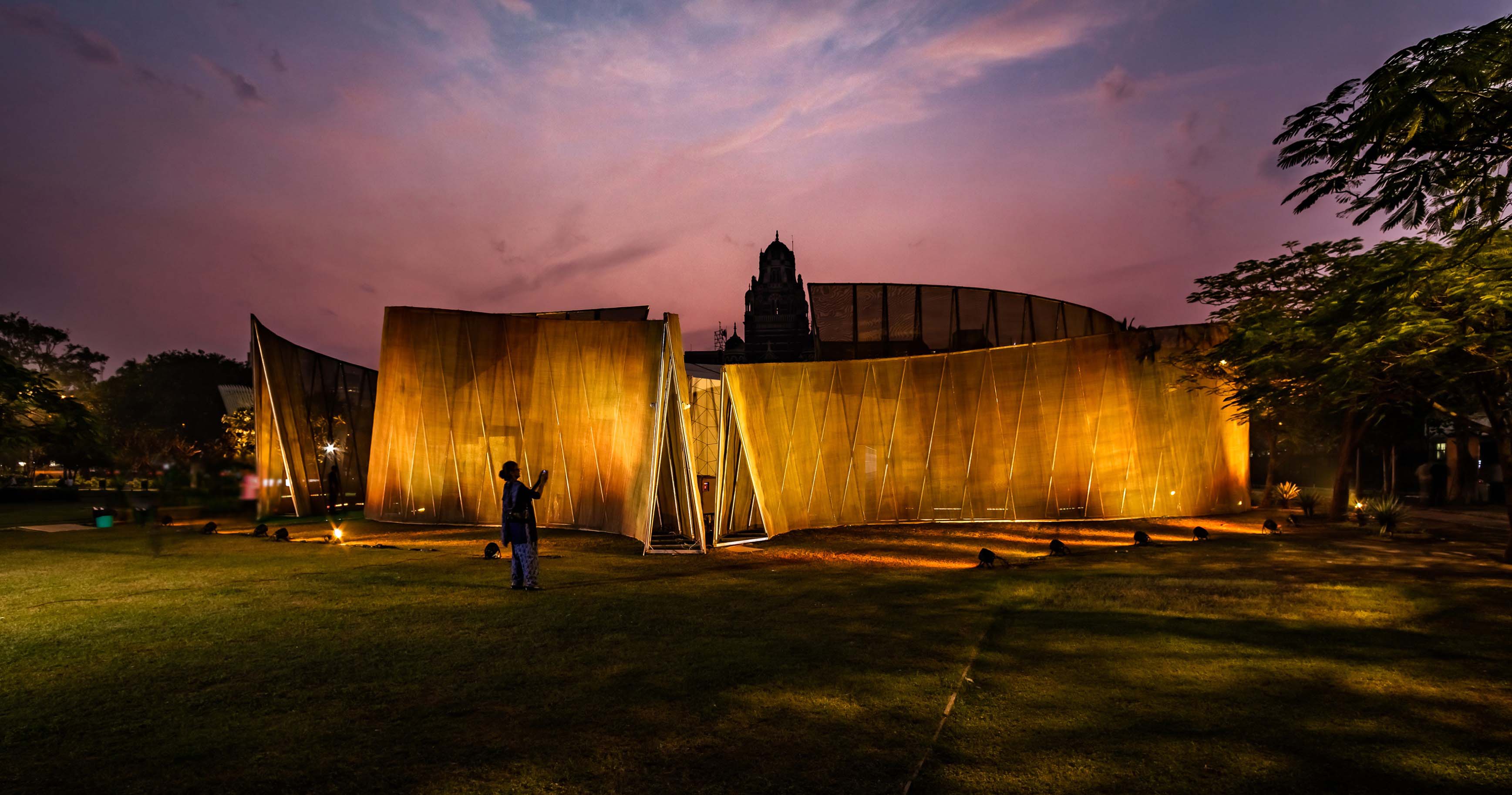 The Bonjour India Experience at New Delhi by SpaceMatters

One of the first decisions jointly taken by the clients and the design team lead by SpaceMatters was to locate the pavilion in public urban spaces. While this may seem like an obvious choice, similar cultural events in India have been largely confined to institutional spaces such as museums and cultural centres. 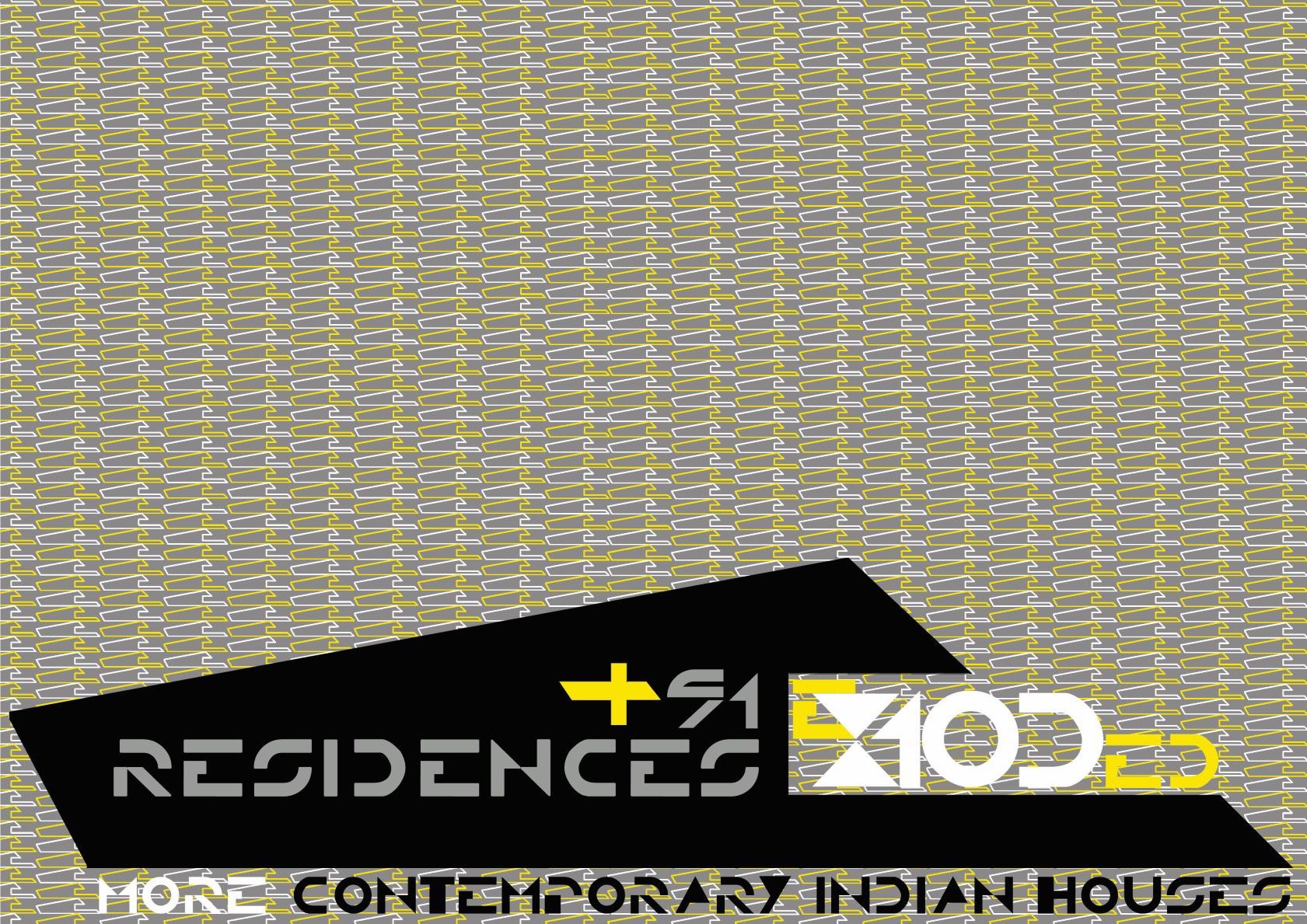 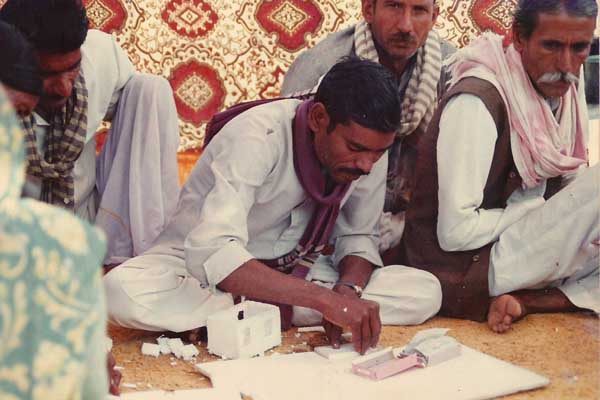 Sanjay Prakash quotes on the role and relevance of architects today in the society: Below, As an ancient profession, architecture was never really close to