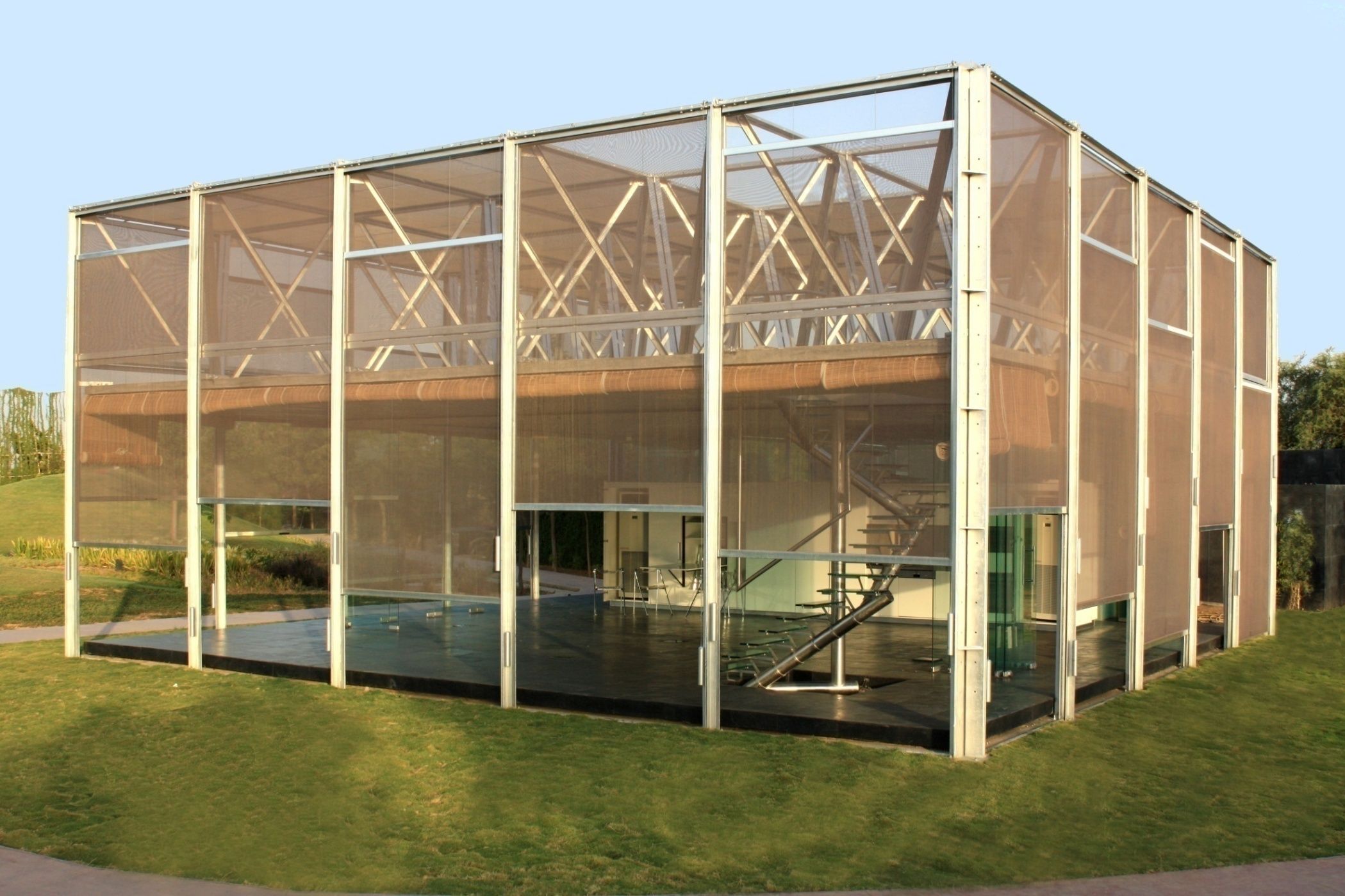 The Net House at Ahmedabad by Gurjit Singh Matharoo

The Net House: When the design brief for a weekend house in the fringes of the city asked for a place that is open to the wilderness of nature yet offers all creature comforts, it brought back memories of the net and the shelter it offered.

net, nett ,net,adj. clear of all else, subject to no further deductions.  (chamiers twentieth century dictionary) 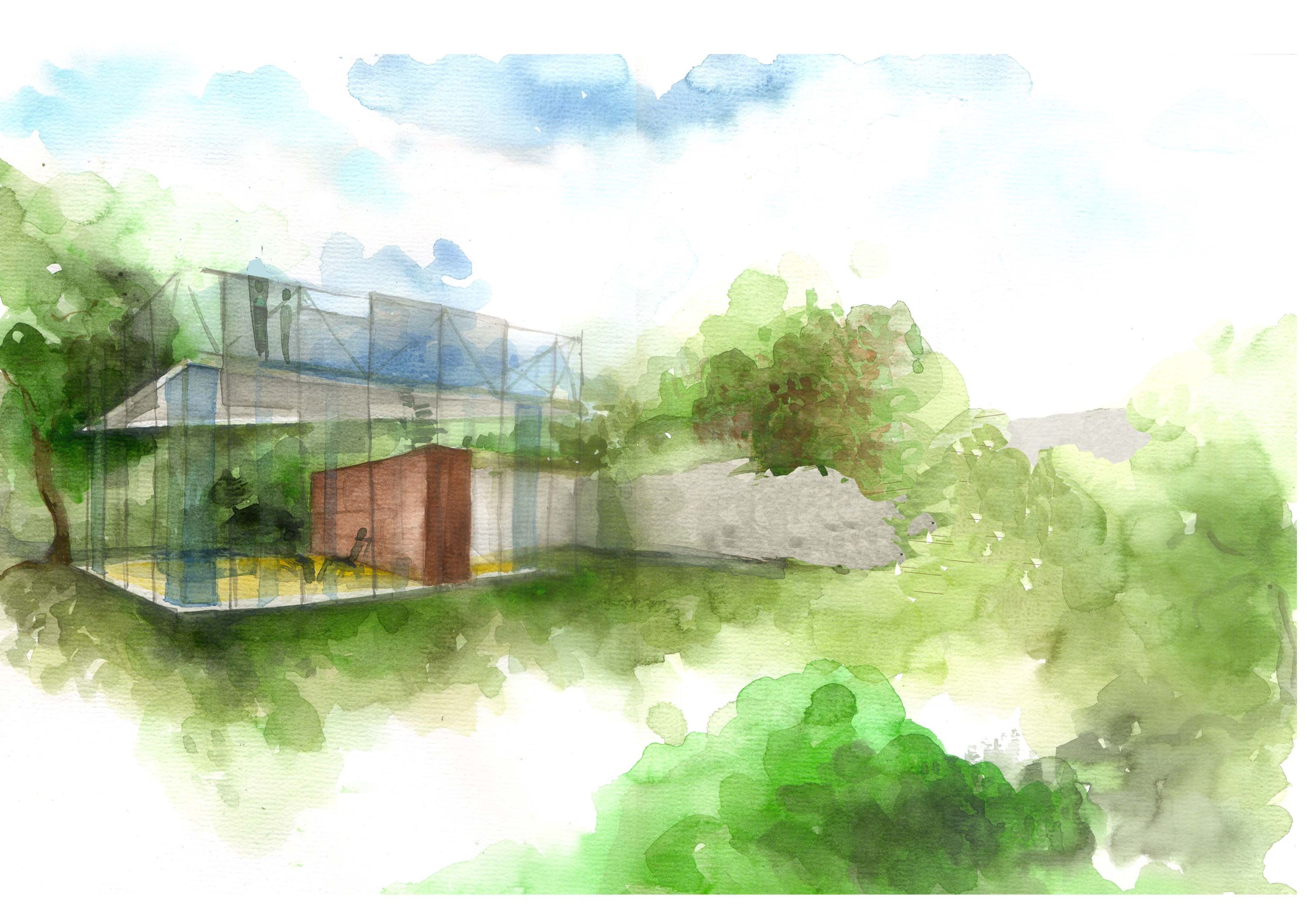 The Net House at Ahmedabad by Gurjit Singh Matharoo

The relentlessly varying weather of the city of Ahmedabad exemplifies the typical tropical climate of extremes: short winters, wet humid monsoons and long dry scorching summers.  Though  less  prevalent  today,  in  our  childhood  we  slept  outdoors when the cool  night breezes came as a reliever. We would tuck ourselves under a machardani, a  simple net held up by four intersecting bamboo poles, locked between the legs of  our charpouy cot. This would become our private domain, a safe haven protecting from insects, harsh light and parents’ eyes. 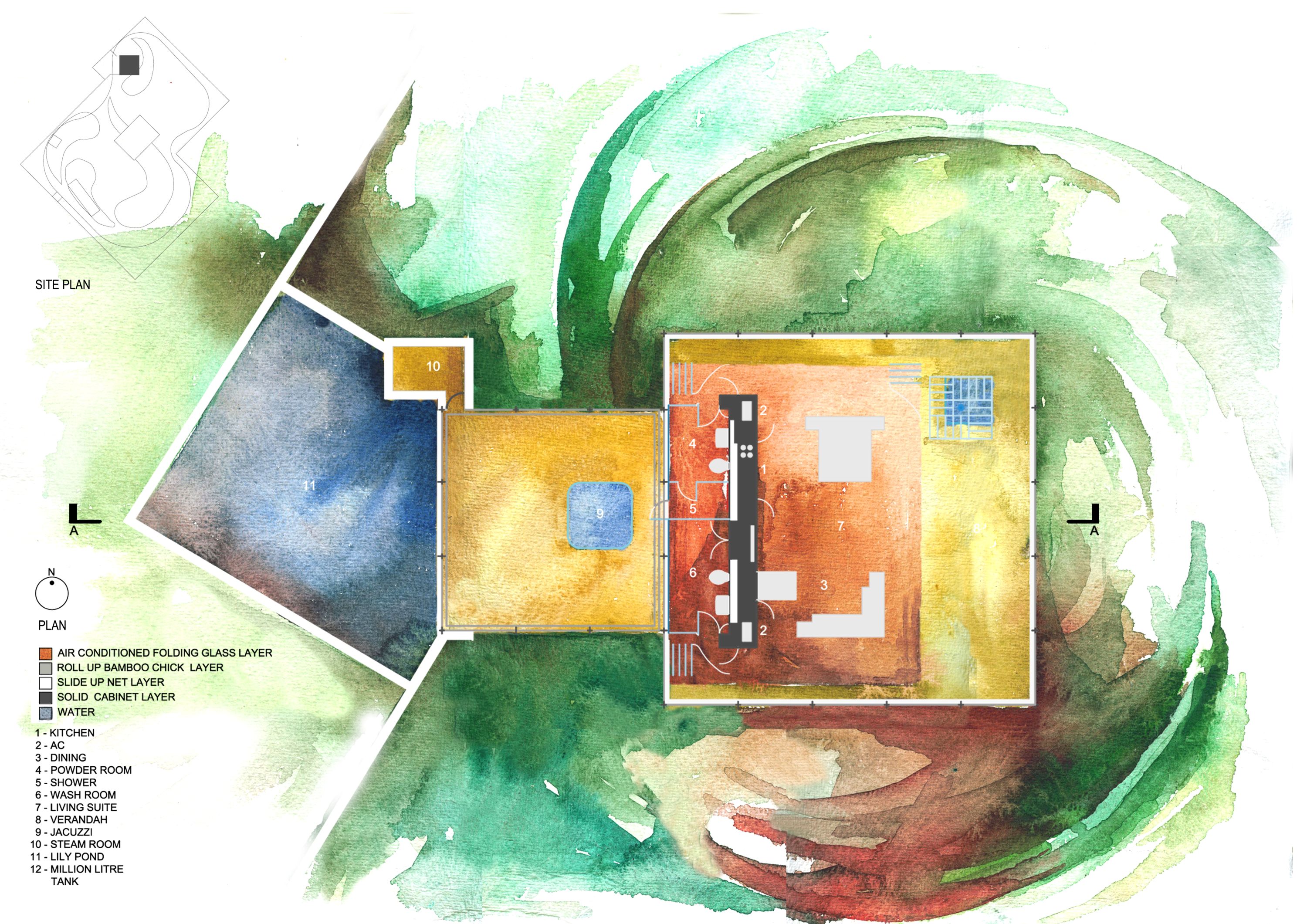 The house was visualized as a clearing amidst the forest. A 12mx12m column less space is sheltered by a single monolithic 90 ton concrete slab suspended by an elaborate steel framework which becomes thin mullions to a skin of net shutters. This steel trellis makes the transparent volume below evident by stark contrast, reverberating the image of the virtual jungle of hoardings, telecom towers, satellite dishes and temporary structures that now make up the Indian city skyline. 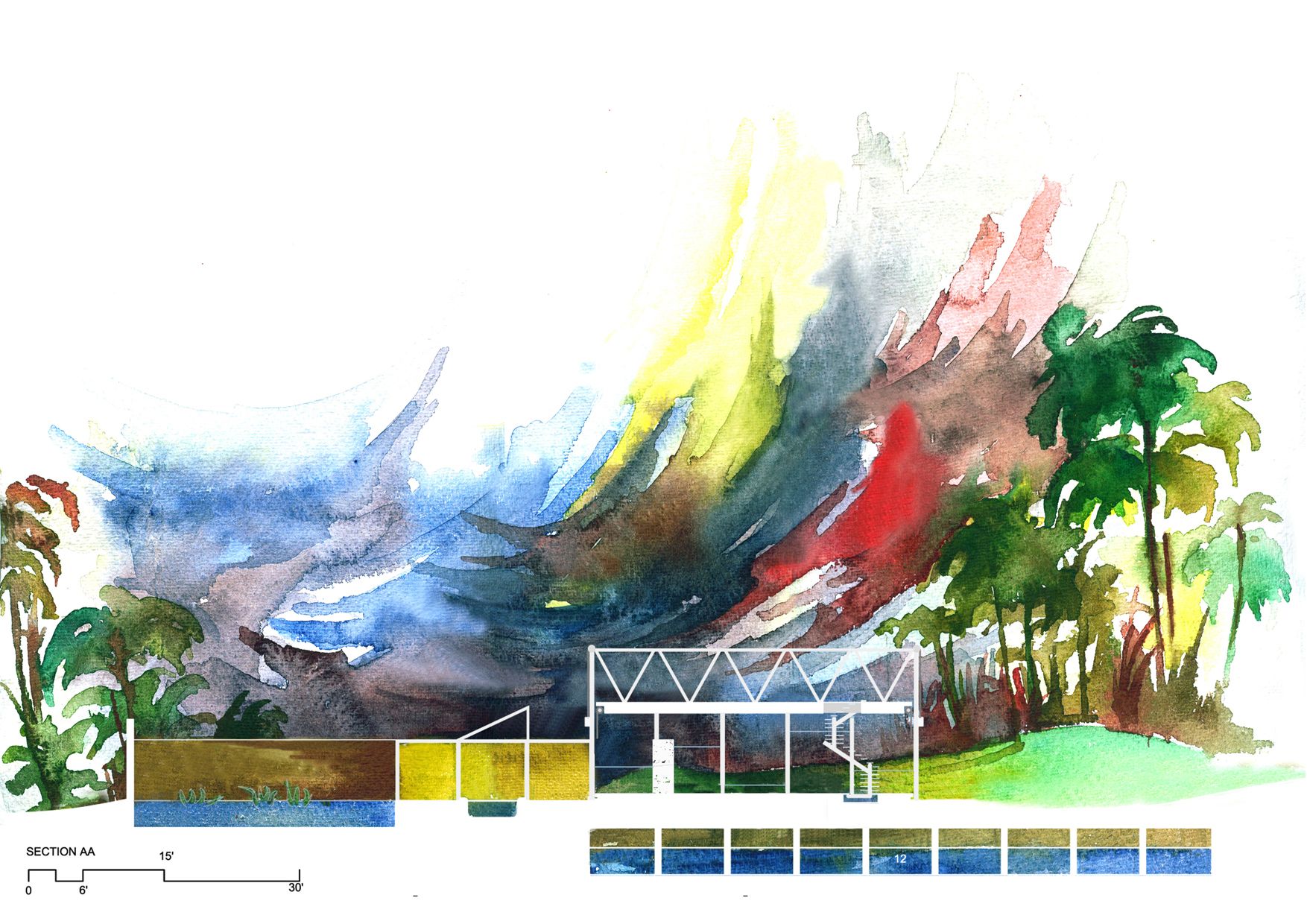 The undercroft is enveloped in gossamer layers of sliding mosquito nets, roll up blinds and folding glass panels that center around an all-encompassing cabinet, the pulsating heart of the house.  All these layers provide desired degrees of privacy, shelter and exposure to nature, enabling the space to be modulated at will to suit the weather and psyche, from completely accessible and open to the outside, to fully closed and dark inside.

The two meter high cabinet works as a divider between the living space and the bathing areas. It unfurls to become a dining table with chairs inside and opens out into a kitchen replete with microwave, refrigerator, cooking appliances and cutlery, unfolding further to reveal an air conditioning unit, music system, television and speakers, storage for clothes and accessories. Custom designed and locally made, the top of the cabinet also becomes a lamp illuminating the concrete slab at night. The light thus reflected attracts no insects.

The shielded bathing area contains two private washrooms, whose plumbing, drainage and storage are also accommodated inside the very cabinet. The washrooms then open out into a secluded private area, netted again and including a Jacuzzi, steam bath, sun deck and a vast lilly pond thus making the 2mx7m washroom seem infinite. The bathing pool demands its own significance and occupies as dominant a volume as the living areas: The duality of the veiled transitional space and the water body set against the encircling stone wall makes it intimate

As the concrete slab hangs detached from the ground, a 150mm steel pipe becomes the only element mediating between the ground and the roof. Water collected from the roof flows down this pipe and spring back up at its vertical  to form a fountain before accumulating in a 1.4 million liter underground tank, harvesting rain water during monsoons. Glass treads and a hand rail intertwine with this fountain to make a light stair, creating the notional experience of walking up a column of water. The upper floor accommodates a netted space for yoga, sunbathing, a walkway on the periphery and a gazebo to look out onto the landscape.

The site is a series of interweaving mounds and valleys set against a back drop of trees to make an environment that is an escape from city life. Away from the net house, an outdoor shower has been created in rough concrete as if it had been violently gorged out of the soft green mound.
The Net House, the sum total of all the essential components of living yet bare and compact, attempts to act as a catalyst, not getting consumed but enhancing the man-nature relationship, both within and without, just like the net panes counterbalanced by cylindrical weights suspended from pulleys above. 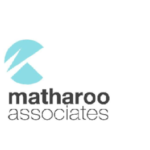