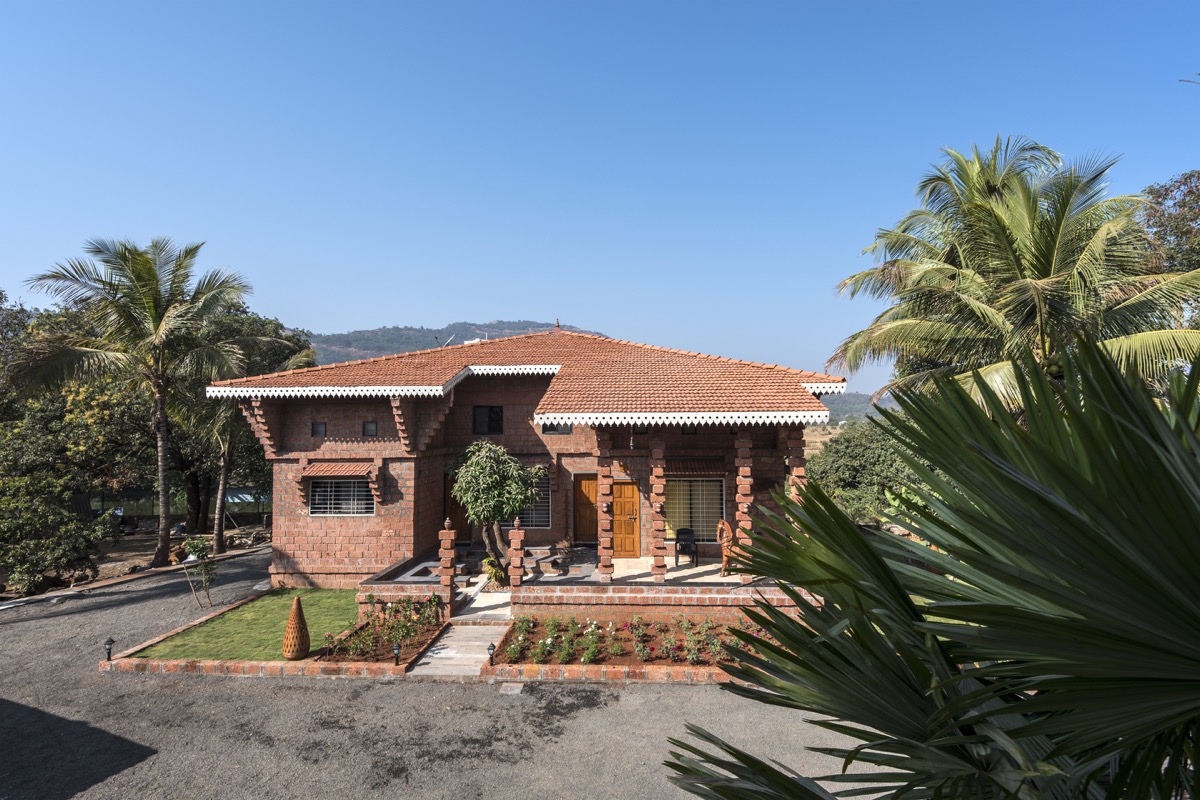 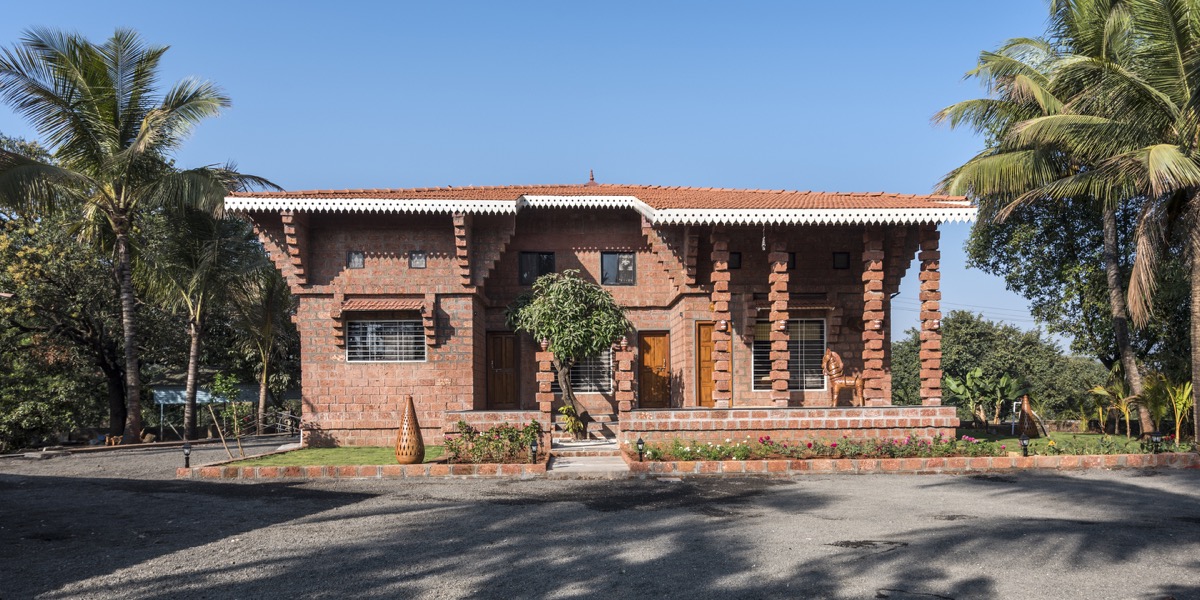 In today’s world – as we make technological advances – the concept of ‘in coherence with nature’ seems to have gotten lost. The most befitting approach to designing with nature, Vernacular Architecture, teaches the art of perceiving to our immediate environment and responding to it – a concept that does not alienate the community from its context. One such example where an earnest effort to employ these principles have been made is Krupachaya, a recently completed farmhouse by Pune-based firm Q-design

Located on the banks of the Walki river, the site spreads over an area of 2.5 acres (10,000 sq.m) in Kurle, Tal Mulshi – around 35 km to the west of Pune. The site is surrounded by fertile farmland with paddy fields, and coconut and mango plantations. The architects were required to maintain the footprint of the existing farmhouse built on 142 sq.m, as registered in the Gram Panchayat records. 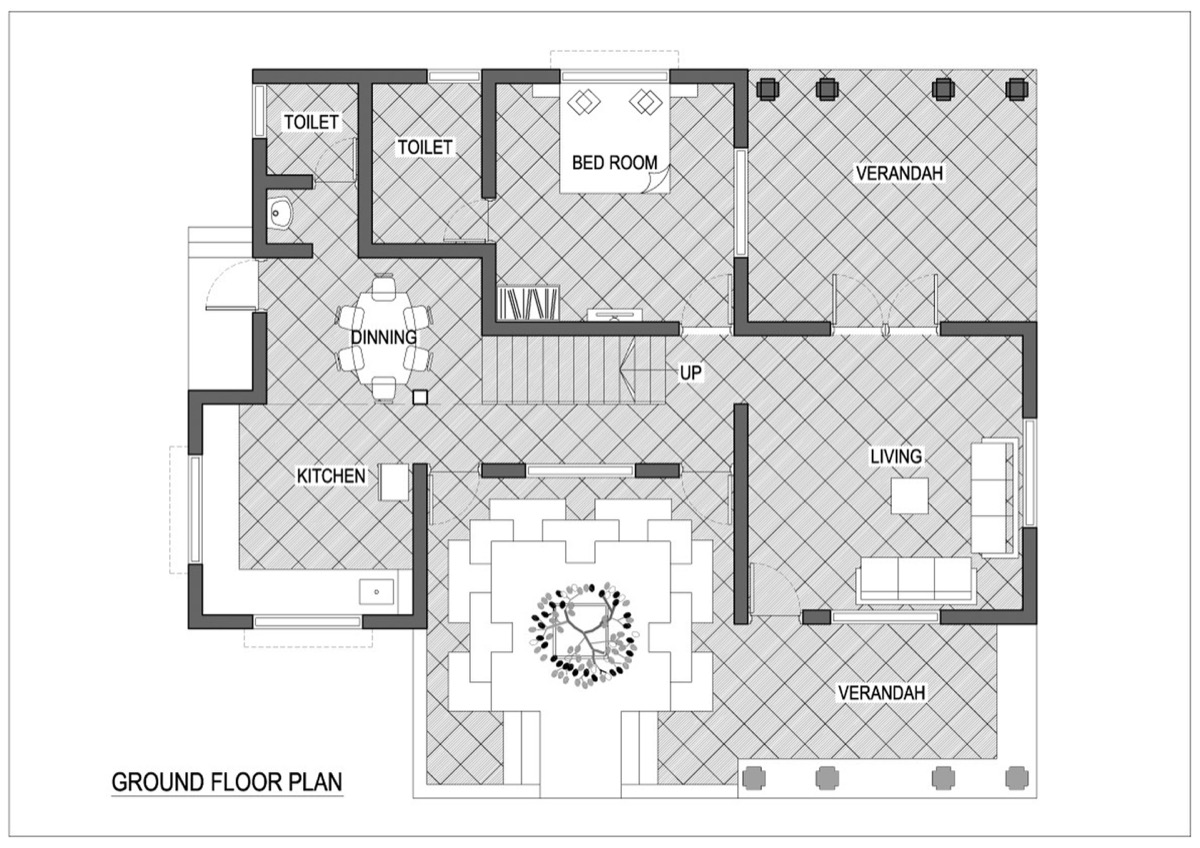 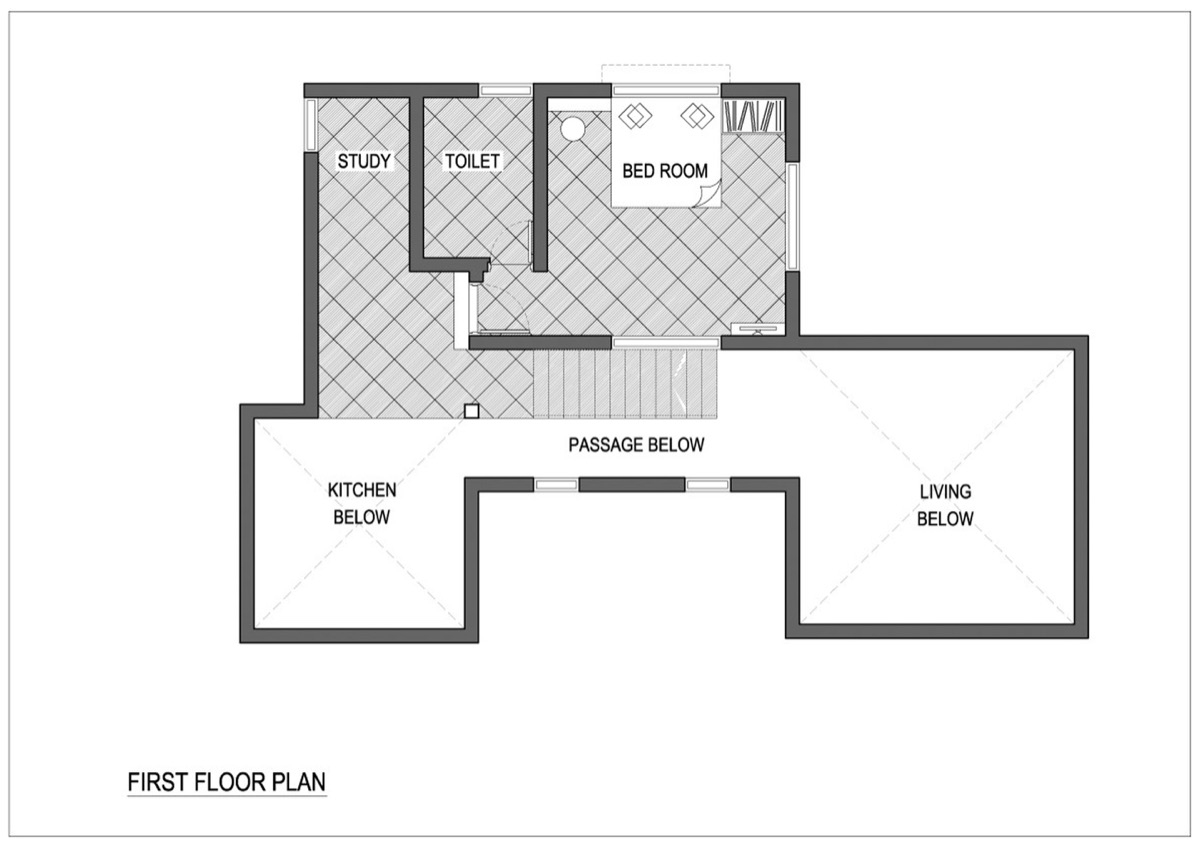 The evolution of the built form is a result of the interaction between the users and their natural, social as well as economic environment. The client is a resident of Sadashiv Peth in Pune, and inherits a typical ‘Peth’ culture – which has houses on narrow plots, causing a vertical distribution of spaces. Thus, the foremost requirement was of a multidimensional space at one level, where the family can interact – come together, amidst nature.  With regards to the ‘natural’ look and experience that the client requested – which was in consonance with the architect’s philosophy of designing with nature – material cues were picked up from Konkan architecture; the Konkan House is typically built in red laterite stone, commonly known as Chira. The resultant design relies heavily on this prescribed material expression, and is highly climate responsive as well.

The mango tree adjacent to the old structure (which had been gifted to the client by the King of Nepal) was conceptualised as the epicenter of the house – the complete built form has been planned around the tree in such a way that it becomes an intrinsic part of the design vocabulary, and provides a recreational as well as contemplative space . An open space has been designed around the tree in the form of a kund with stepped seating, and is surrounded by habitable spaces; the living room to the north, the kitchen and dining area to the south, and bedrooms to the west separated by a passage connecting the living room and the kitchen. The living room is buffered on the eastern and western side by large verandahs (padwi) and all the living follow the same scheme of openings to achieve good cross ventilation. The kitchen and the toilets to the south act as heat buffers.

The rooms are connected to kund via arched openings, and the fused spaces impart spaciousness and cohesion to the house and make themselves more meaningful in terms of use. The changing shadow patterns owing to the use of glass tiles in the roof create lively spaces, and also negate the need for any artificial lighting inside the house in the day time. Skylights inn the living room and the kitchen have been installed to the same end.

The ground floor rooms require no artificial cooling – especially the bedroom and the living room – which reduces the energy load immensely. Furthermore, the interiors stayed five degrees cooler in the summer and warmer in the winter, reducing the overall carbon footprint of the house despite the ubiquitously used laterite stone being sourced from Dapoli. In response to the heavy rains in the region, the house was designed with sloping roofs towards the eastern and northern side to reduce direct heat gain from the south and the west. The roofing has been done in double-layered terracotta tiles which aid in insulation, in addition to imparting a decorative character to the spaces. External areas like kund and part of the padwi are covered with black Kadappa stone to create a contrast with the red Laterite on the surrounding walls, which has been either left unplastered or coated with lacquer to increase its durability. The flooring of all rooms has been done in rough yellow Shahabad stone.

All the doors and staircases are made out of Mango tree planks, which were salvaged from a tree struck by lightning two years back.  To achieve a rustic look for the woodwork, carpenters were brought from the village Umbraj near Karad, Maharashtra. The dining table and chairs are made of a 75 mm thick wooden plank salvaged from an Acacia tree trunk found on the site. All the basins in the toilets are carved out basalt blocks which were 550X500X250 mm in size. The oval washbasin near the dining area was carved out of an irregular stone found on the site. All the switch boards are made of wood with old style Khosla switches, and artificial lighting was done with traditional handis and terracotta lamps.

To add an element of enchantment to the interiors, the architect designed double-height spaces and views opening into the kund and out to the river. The roof fascia was designed specially – highlighted by a laser-cut MS sheet panipatti (eaves board) of 1.5 mm thickness, painted in white enamel paint to create a contrast with red laterite and terracotta roofing tiles, with the apex highlighted through a terracotta khomb.