Chennai is hot, dusty and mosquito-ridden – said Viju Mahtaney in his brief for luxury apartments in the posh Boat Club road neighborhood. A testament to urbanization in India today. Chennai has a river that is clogged with sewage that breeds mosquitoes. Traffic and construction create unending dust and pollution – and buzzing entrepreneurship needs neighborhoods like Boat Club Road to attract the talent and investment that churns the wheels of the city. - SJK Architects 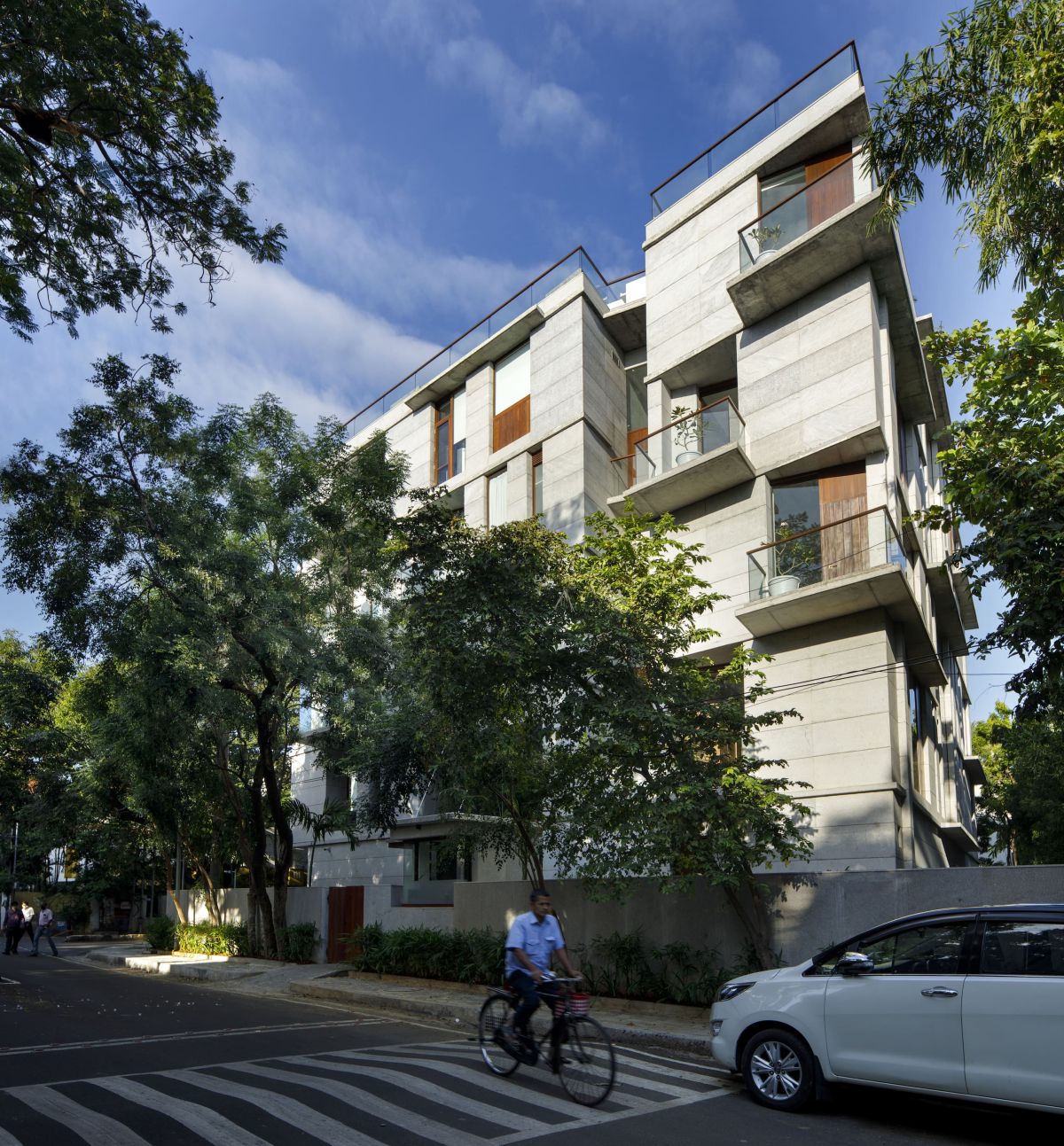 Chennai is hot, dusty and mosquito-ridden – said Viju Mahtaney in his brief for luxury apartments in the posh Boat Club road neighborhood. A testament to urbanization in India today. Chennai has a river that is clogged with sewage that breeds mosquitoes. Traffic and construction create unending dust and pollution – and buzzing entrepreneurship needs neighborhoods like Boat Club Road to attract the talent and investment that churns the wheels of the city.

For an architectural practice that thrives on the sun and the wind and people’s relationship to nature, we reflected on how we would create homes that would connect people – to nature, to themselves and to each other while blocking out heat and dust and malaria!

For added interest, there are Development Control Rules – that will challenge the mathematician in any designer. Intended to control unplanned overbuilding in the city, they tend to ensure the perpetuation of unnatural buildings (irrelevant to climate) and monotony in our cityscapes. There are various examples of this – the DC Rules limit the size and extent of overhangs and balconies in the fear that the eventual enclosure of these elements will be additional area absorbed by the user and thus a flouting of buildable area per plot. The Chennai rules allow for 5% balcony or verandah space per home, and not more than 50% of the perimeter of each floor to have an overhang.

The intensity of the heat and rain in India is difficult to reign in with sealants and high-performance windows. Transitions to the outside are essential and the consequent social use of these spaces is wonderful. A traditional coastal home would have large sloping overhangs on all sides of the building and important semi-open spaces where most of the day would be spent – the most conspicuous of which is the aangan or a verandah to welcome visitors. These elements have translated into horizontal projections called chajjas, verandahs into balconies and courtyards into atriums as we build upwards.

Regulations that mandate built-up areas but incentivize the use of transitions, shading and social interaction will alter the current alienation of our built landscape, but until then, the rules, referred to as bye-laws are shaping Indian cities.

For further complexity, there is Vastu – an abbreviated misinterpreted set of rules derived from ancient wisdom and short-circuited as religion often is, into superstition. The locations of the master bedroom on the southwest corner of the apartment and the kitchen, fortunately, in two locations, northwest and southeast were sacrosanct, and all else had to swivel around this.

To create these homes in the sky, the central connecting core is a sun-filled atrium with a staircase that is encouraging to use – to exercise the knees, commune with neighbors and enjoy the light. The four duplex homes stagger and interlock spatially around this stairwell, but each one is arrived at through its own level.

Raintrees and coastal winds still wash this lush neighborhood. To connect with these, we wanted windows that would open in all rooms, but with large overhangs to protect them, and meshes that would keep the mosquitos out. And the precious balconies that would allow unadulterated communion with the rain trees, needed to be at least 8 feet deep so that coffee and laptop could sit on a table and chairs and a plant could coexist. Only 4’ depth is permitted by the DC rules so we had to carve the rest out of each room, creating interesting depths on the inside and the outside of the building.

A strategy for nurturing life and love inside the four homes generated a building. – with a façade that playfully engages with the streets around it. The dancing windows and surprise balconies follow the logic of engagement with light, wind and people while complying with the rules! The resolved Rubix cube is occupied and alive! 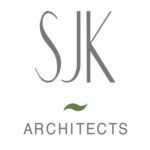