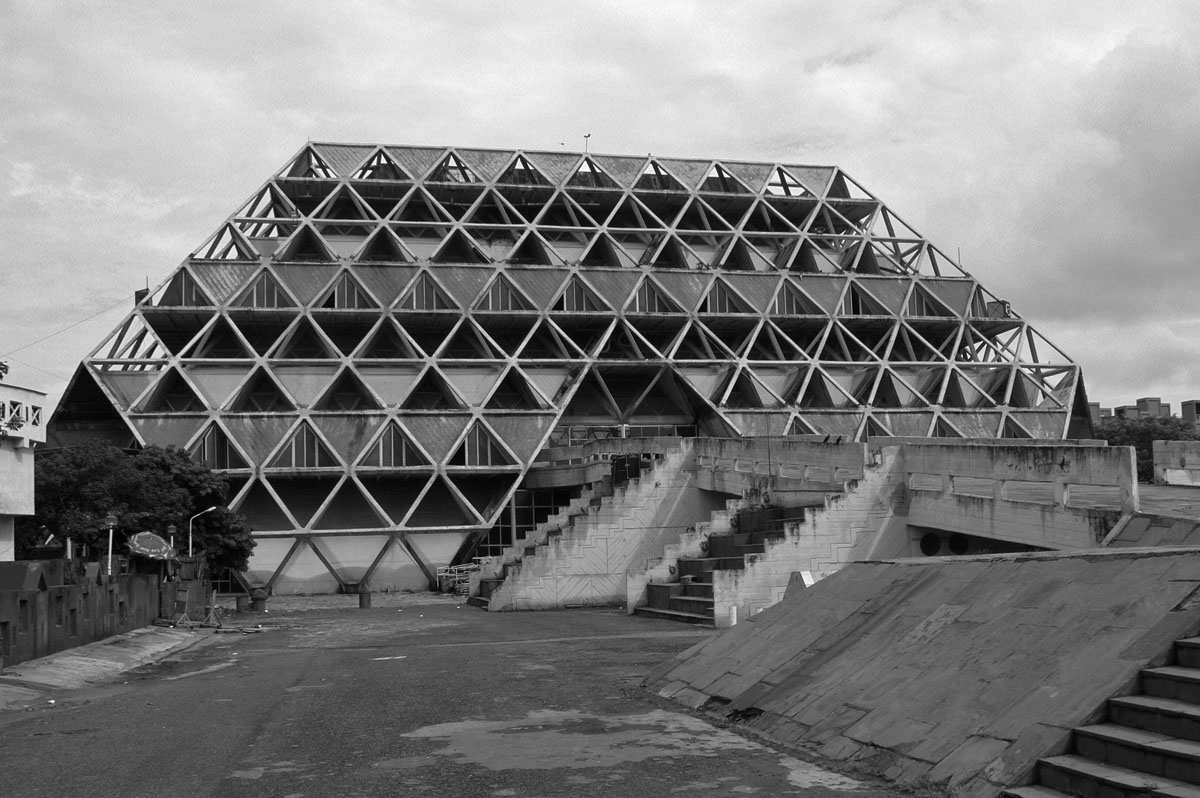 Architecture and its usefulness – Vipul Raj on the demolition of the Hall of Nations.

..how important really is architecture for society? Is it important enough that it starts influencing the fabric of our existence, or negligible enough if taken into account its temporary existential period? Is it that architects boasted the profession in past, just to seek importance, or was the profession really that powerful?

The iconic, and the symbol of modern architecture in India, Hall of nations was demolished to make way for the proposed state-of-the-art modern complex at Pragati Maidan. This was despite fierce opposition from the architecture fraternity and concerns from all over the world. The building has been a topic of discussion for long among the architectural fraternity. Manoj Mathur in this post shared what went wrong and what needs to be done immediately to avoid such incidences in future. On the other hand, Thomas Oommen had a contrasting view, questioning the very relevance of architects today. Below, Vipul Raj, who is an architect shares about the usefulness of the profession to the society.

‘Hall of Nations’ fell; and so what? How did it affect us? Or, may be a question to ask is, did it really affect us in any form, or did it not?

The architectural profession had past dealing with debates and sometimes paradoxes too. ‘Form and function’, ‘ornamentation and minimalism’, ‘art and science’, ‘technology’ and ‘conventional’, ‘it’s impacts and personal biases of the architect’ and more.

However, while we have struggled to deal with these dilemmas, one of it still remains to persist; that is, how important really is architecture for society? Is it important enough that it starts influencing the fabric of our existence, or negligible enough if taken into account its temporary existential period? Is it that architects boasted the profession in past, just to seek importance, or was the profession really that powerful?

Several responded on the fall of ‘Hall of Nations’, but a blog post by Thomas Oommen caught my eye.

…If tomorrow, all of us architects are deported to another planet, it will make absolutely no difference to 99% of people – I mean for rich, middle class and poor alike. Buildings will still be built, plumbing will still be laid out, facades will still be fixed…”

Architecture is a cultural practice – as “useless” as art, sculpture, music or literature. No one cares too much, if a particular piece of music suddenly goes out of circulation.

Thomas Oommen on the relevance of architecture today.

Reading these pieces out of blogs, made me remember arguments made by Jeremy Till in his book ‘Architecture Depends’; where he argues that the practice of architecture has become redundant, due to the fact of loading the profession with the unnecessary burden. Also, the idea of architecture as an agent of social change has not been received well by the other side of society too.

“…It is time, therefore, to move to a more grounded description of architecture, away from the dreams and semblances.”

He wants fraternity to realize the true significance of architecture, by engaging with the reality of the world and thus interweaving it with the professional practice. This sought of perilous and critical position has been in question in the present days, but this was not the case in past.

Architecture in its modernist phase was considered as an agent of change and reform. On July 17, 2016, seventeen projects by Le Corbusier in seven countries were inscribed in the list of UNESCO World Heritage sites as “an Outstanding Contribution to the Modern Movement”. What had he really contributed to; some temporary structures waiting to be taken down or, something else?

Le Corbusier was seen as a ‘Noble Savage’ by many, who rejected the usual business with his radical philosophies and invented what the time actually needed. He chose to dismiss the decorative trends of past and dive ahead in the unknown future.  ‘Towards a New Architecture’, a critical piece of architecture theory, acted as a manifesto for architects of the generation and further.

To create sturdy foundations about design, Le Corbusier made connections with art and culture, while he was on his “Journey to the East”. He looked deep into societies and corresponding buildings responding to it, which gave him a way to go forward in architecture. One thing that Le Corbusier got a clear idea of was, how architecture connected the non-physical entity ‘time’ and the physical entity ‘space’, a major role of architecture over mere shelter or structure.

More than judging the physical structure, the idea put behind the structure built, matters the most. The idea of modernism did not only result in just some differently designed buildings, but it conveyed a message across for a change in thoughts and behaviour to achieve and strive something better.  The way a building is designed, it conveys a larger targeted message. However, nature of a building can be temporary but it does speak out loud in unison, for or against the culture.

“Why call bottles, chairs, baskets and objects decorative?” Le Corbusier asked. “They are useful tools….The decor is not necessary. Art is necessary.” He declared that in the future the arts industry would create only “objects which are perfectly useful, convenient, and have a true luxury which pleases our spirit by their elegance and the purity of their execution, and the efficiency of their services. This rational perfection and precise determinate creates the link sufficient to recognize a style.” He termed the future of decoration in these terms: “The idea is to go work in the superb office of a modern factory, rectangular and well-lit, painted in white Ripolin (a major French paint manufacturer); where healthy activity and laborious optimism reign.” He finished by repeating“Modern decoration has no decoration”.

Fields like architecture, design and art, act as a means of conveying thoughts absorbed from context, which needs to be realized and spread by society in large. It then helps society to proliferate, breaking its own boundary by innovations of the thoughts conveyed. Architecture also does not work in isolation. These sweeping fundamental changes occur with the interrogative approach in every field, like arts, design, technology, management, etc; architecture just being single means, of depicting the change. Thus talking about architecture in isolation would be of no fruitful use, unlike Le Corbusier.

As discussed above, architecture coupled with others, is a reflection of society and its needs, like a silver coated mirror. If the reflection of culture is taken away from a piece of architecture, what is left is just a structure that is bound to disorient user and its public, in time and its meaning.

According to G. K. Chesterton, “Architecture is an expression of the true strength of a society because the things humans value most are those that are irrevocable. Unlike other forms of art, architecture lies in full view and is difficult to get rid of. Architecture is a relatively permanent expression of how society as a whole sees itself and how it views the environment, and it can serve as a time capsule of human history and human thought.”

“We need new ideas, we need new ways of doing things and we need a whole new way of approaching each other with much more empathy and understanding. This means that the rest of society really needs to focus on the world of art and culture as a vital source for not only solutions, but also ways of finding solutions… and a whole new concept of what a valuable life really means.” – Uffe Elbaek, former Danish Minister of Culture

Architecture does not only look upon reflecting and spreading the ideas, it also aims at creating an important creative base for the world. It in its process creates participants, that “have the capacity to trigger reflection, generate empathy, create dialogue and foster new ideas and relationships and offer a powerful and democratic way of expressing, sharing and shaping values. It helps us build new capabilities and understand how to imagine and rehearse a different way of being and relating. It can enable us to design useful and meaningful things and is increasingly the basis of livelihoods and enterprises that are motivated by much more than profit.”

Humans need this creative energy to proliferate into the unknown, without which we would just be building the soulless model.

The arguments made in the beginning of text about embracing the reality of redundant architecture in present, only seem true if the current situation in which architecture exists, itself is deemed correct blindfolded and all possibilities of positive architectural influences false.

Architects have struggled to find their respectful place in society. Society doesn’t receive and identifies the circle very well, and reasons for it are justifiable. Society as a whole, observes and examine architecture produced, and has the right to approve, disapprove, ignore, praise and abuse it. Fall of ‘Hall of Nations’ may not matter considering the impact of most of the building negligible (which was not the case with ‘Hall of Nations’) in the larger time-frame of human existence, but what does matters is the fall of faith of architects in architecture, not recognizing the ineffable. Recognizing how architecture as an art, touches the deep core of human sentiments in the physical materialistic world, is a must.

Architecture with other arts floats silently in the time dimension to subconsciously reflect ideas of society; as a means of conveying those ideas further with all its constructive creative and imaginative qualities. It may not ripe into a product in the blink of an eye but may work mysteriously, casting a spell upon others. Its power should not be neglected, in the influence of other visible dominant maladies.

For now, we all are the ‘noble savage’. 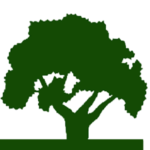