The story of crafting a space, at Akkarai, Chennai by Akarmaa Architects

A story of crafting a space, Interior Design at Chennai by Akarmaa Architects 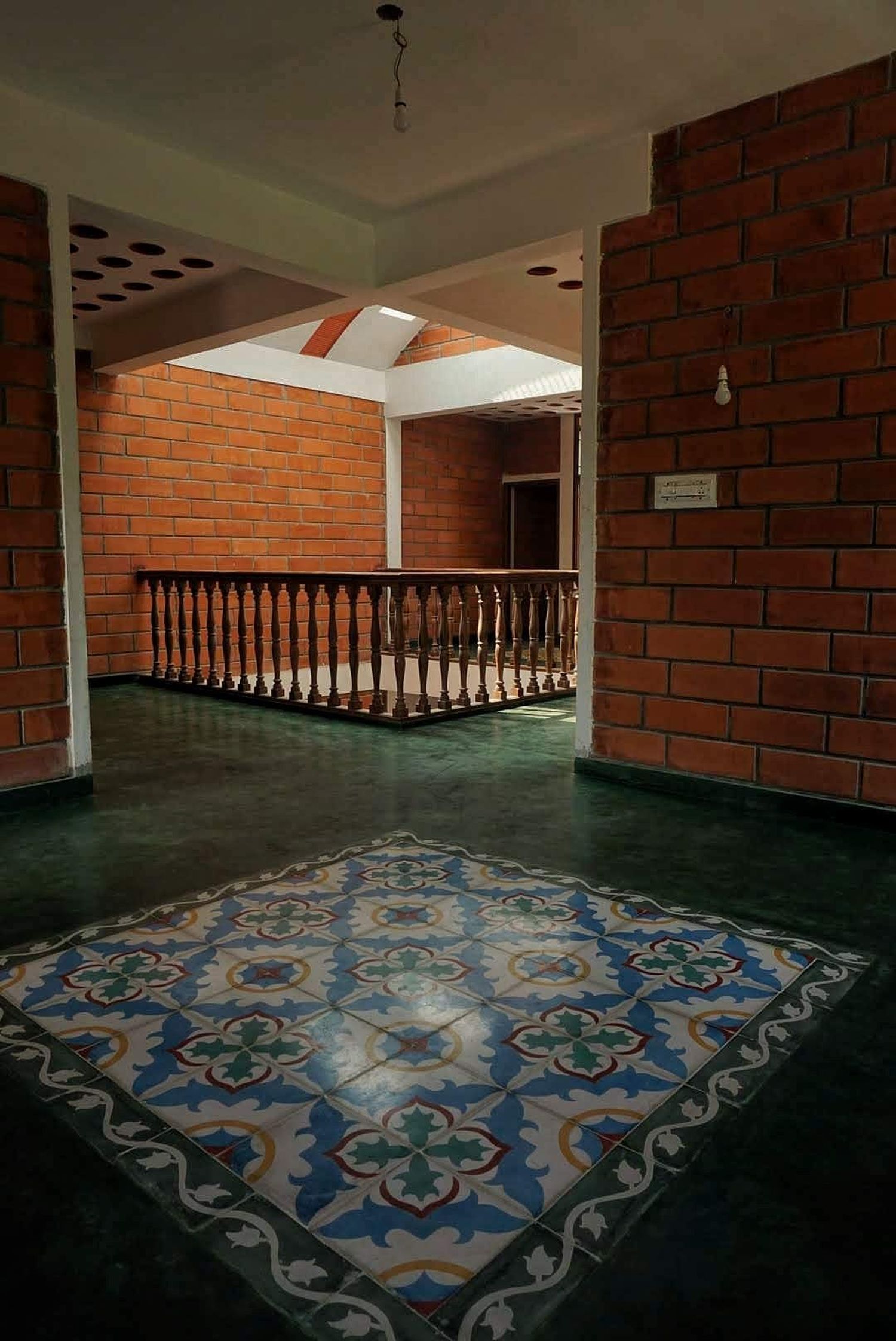 The reappearing act: The stones have a few games to play too. Splash water on them, and the differently textured stones team together to become one homogenously coloured floor. But if we wait patiently for them, they open themselves out to us soon enough as they begin to dry, once again revealing their playful patterns of differently coloured selves.

As we walk through every space, our eyes and feet are greeted by a variety of patterns and textures on the ground, from geometrically laid combinations of differently textured Kota stone, to Athangudi tiles playing the raft in a sea of green oxide.While the balconies and windows offer a view of the natural world outside, the restrooms become portals into forests and oceans of their own.

Precisely and methodically cut multi-coloured tiles came together with the help of sketches on the walls, and transformed into sceneries to get lost in. Leaves collected from the ground inspired trees on the walls. Every surface became a blank canvas for the young and old, on which a palette of colours could come to life and evolve.

The story of how it was crafted on site by architect Mirra Kannan :

‘ The grids on the wall made my work infinitesimally easier. It was a daunting prospect, to replicate the illustration that I had put together – far too easily, might I add – on photoshop, on to the walls. The chalk kept getting over very fast, and a wet sponge proved to be an efficient eraser.  Drawing on the entirety of the walls meant climbing on ladders, standing on the washbasin counter slab, and reaching out as far as my hands would go to complete a branch or a leaf. During this time Bala anna and Das anna ( tile craftsperson ) prepared the ceramic tiles that needed to be soaked in water for at least three hours before being used.

In retrospect, it is interesting to note the nature of dialogue before the work started, during, and even after. Bala anna was very skeptical about the way the tiles were proposed to be broken, and wanted clear cut instructions for everything, from the angle at which the grass was to be cut to the placement of white tiles. Diving into it, however, was a different experience all together, for where I didn’t have answers before, I was discovering during.

The whole ivory tiles were laid first. The interesting thing here was to make decisions based on site conditions – height of the counter, finished floor levels, etc. The details of considering the slope of the floor tiles in the placement of wall tiles (level wise) These are aspects that I had never (a) thought about, really, and (b) considered in the design process. It became amply clear to me that the collaborative nature of such work was of prime importance, where keeping an open mind – open to change, differences in opinion, and different results, were what made it work.

And so on day 1 we completed part of the grass. It looked lovely. In fact, during the process of breaking them, some turned out to look very real. I wasn’t the only one of this opinion – when I pointed out, both annas laughed in agreement. It was all rosy, in fact, until the tiles actually needed to be cut. What started off as an experimentation became an ear-deafening cry of electric saws.

Next day, we realized that starting the laying from multiple directions created a level difference between tiles. The first solution as suggested by Bala anna was to remove the tiles stuck the previous day and start over. Das anna became wide eyed and started to laugh nervously.

“Yen da sirikure?!” ( Why are you laughing? ) replied Bala anna with conviction.

Ramesh was perplexed when I told him that I wanted to lay a few of the tiles myself. “Why? Why do you want to get your hands dirty? Of what use would it be to you?”

The experience was a revelation-I had overthought randomly placing randomly cut tiles..I became aware of the thought behind it, and how easy it is to negate it.

Kanav and Rhia ( end users ) visited the bathroom and seemed excited! Kanav clapped and tapped the walls. It was a beautiful moment. 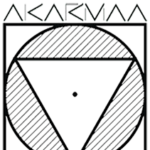 The single family residence is an acute index of architectural experimentation, progress, aspirations, ambitions and perhaps even of individual whims and quirks. The design of 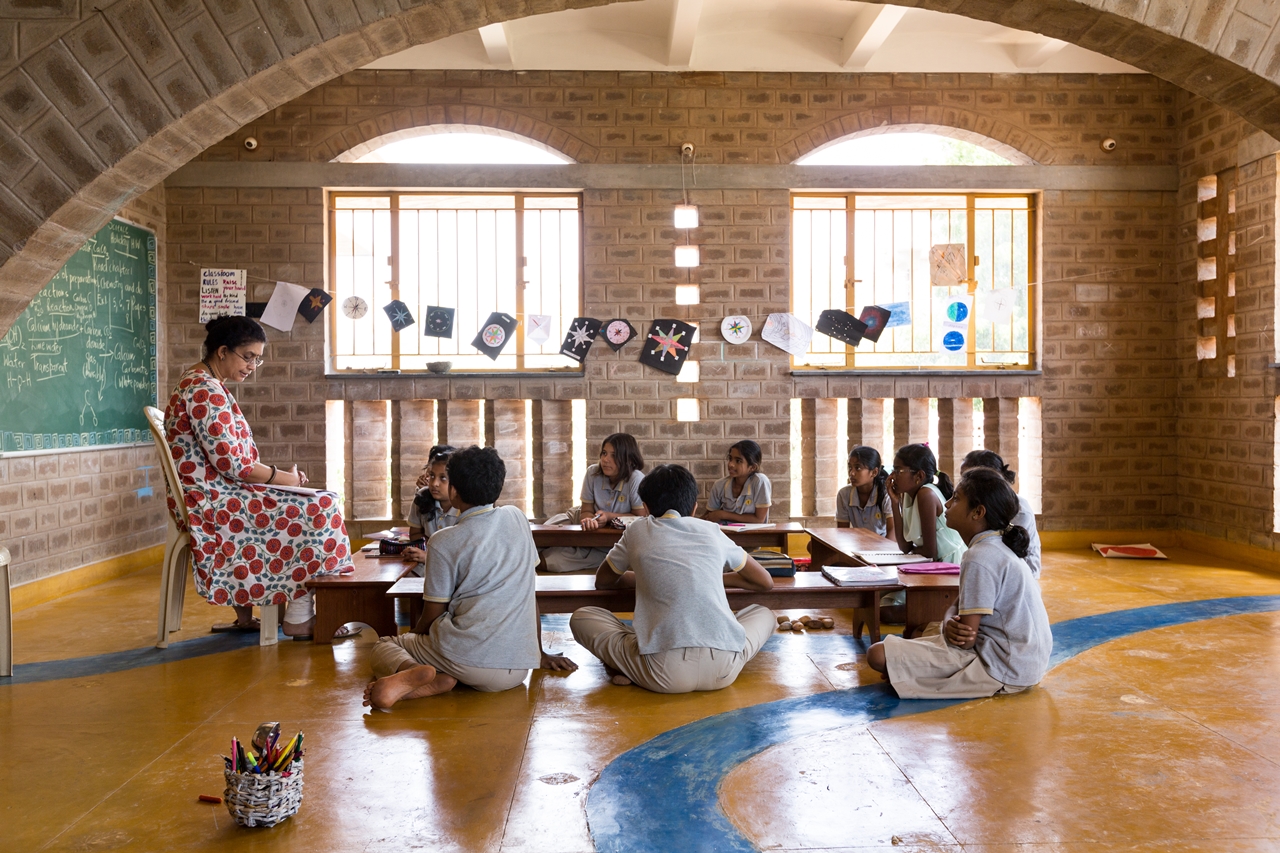 The brief was to follow the intent of Waldorf system of Education but be within the bye laws laid by the Tamil Nadu Board of education. Waldorf system stresses hugely on child centric education wherein more impetus is given on mental, spiritual, physical and psychological than only the academics. 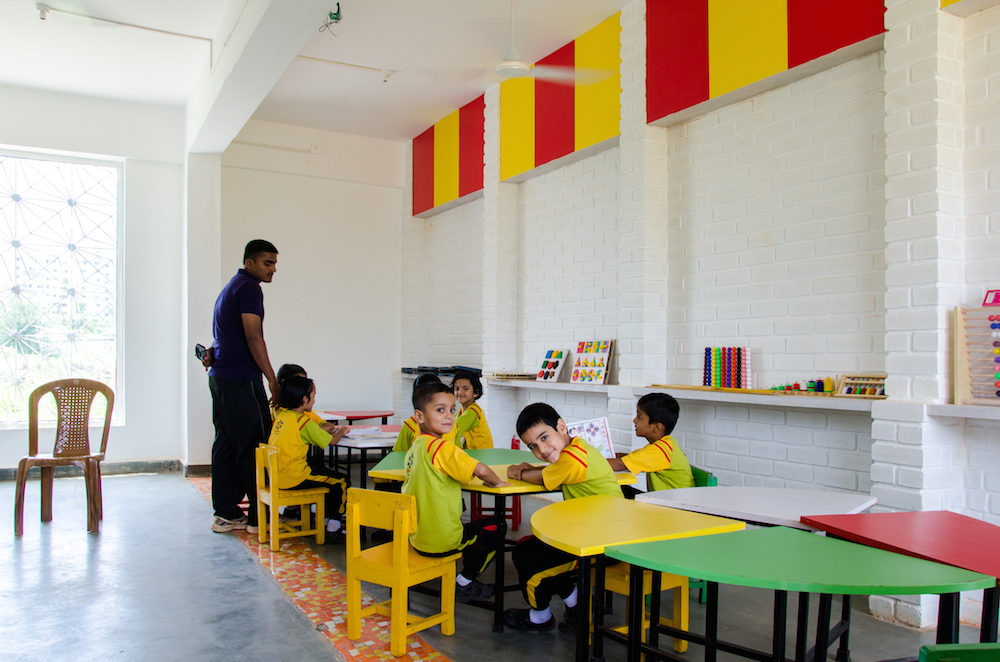 We were approached by a school consultancy who had taken charge of starting a kindergarten wing in an existing school. The brief was simple: Convert