Today it’s a fallacy to believe that architecture is ‘practiced’ in India or even elsewhere. Largely, it’s ‘service providing’ which 90% of architecture firms practice. So why is the misnomer still clouding our minds? The answer is simple. We have not consciously tried to understand what we do.

The ‘future’ expresses itself essentially in the everyday. A dive back into the ‘past’ however won’t hurt. Our past of the late ‘60s & ‘70s was an ideal world for the practice of architecture because it gave birth to Indian architects like Charles Correa, Kanvinde, Doshi, Stein, and Raj Rewal. Architecture was value-based, anchored in strong philosophies and larger-than-life. Inspired by those models of practice, young architects in the late ‘80s had ideals to follow and a path to pursue. There was a strong sense of nation building and an exciting urge to contribute towards the new-found modernity spurred by Nehruvian ideals.

Early ‘90s brought about ‘Liberalization’. The texture of society changed completely with the opening up of markets to private and foreign players. The already bleak circumstances in the villages compounded with substantially impoverished resources, drove hordes of villages to seek employment and a better life in the cities spinning unprecedented waves of migration.

Structural changes in the socio-economic framework resulted in the phenomenal growth of population in the Cities which in turn resulted in the change of the character of the built-form. The sharp contrast between the haves and the have-nots escalated superlatively as migration continued exponentially through into the new Millennium.

Liberalization also brought with it an unlimited supply of new materials and technologies, the real fruits of which were only experienced after the turn of the century. These new toys were so enticing that the same architects who were inspired by the Correas and the Doshis, quickly changed colors, and began dispensing architecture in a frenzied hurry. In this excitement to build at a rapid rate and keep pace with competition, massive undercutting of fees began which entered the stream like a cancer and proliferated easily through Government projects resulting in an unhealthy nexus between the Government, the architect and the contractor.

THE FUTURE LIES IN THE PRESENT

Today it’s a fallacy to believe that architecture is ‘practiced’ in India or even elsewhere. Largely, it’s ‘service providing’ which 90% of architecture firms practice. So why is the misnomer still clouding our minds? The answer is simple. We have not consciously tried to understand what we do. Especially today, due to vast amounts of data noise that we deal with in our daily lives, it’s impossible to find the time and space to pause and ponder. So taking things for granted becomes the automatic choice. Acceptability bends as per choices thrown at us by the market.

Government open tenders for architectural fees often get awarded at as low as 0.2% to 0.3% of the project cost. What is never brought to public notice is the trajectory of these projects and the eventual cost-to-client due to several craftily strategized escalations.

It is observed that NBCC for instance has capped the architect’s fees at 0.7%. Even in the private sectors, cut-throat competitive challenges especially with non-architecture companies erode what is left of the once ‘thinking’ architect. More bendability from architects gets perceived as weakness, which it is, and the overall impression of the profession takes an all-time dive into an abyss from where we need to recover.

As Capital gets more and more in the driver’s seat, established International consulting firms which are adept at handling Capital, get to call the shots. Government agencies and PSUs find it convenient to outsource the handling of funds and production to such firms. Available opportunities in volatile markets force large numbers of architects to accept the easiest means to stay in the race. The entry of the project manager as the overall driver of projects started trending in India only after 2002. Internationally, they have been in the driver’s seat since the ‘80s. Most architects complain about the fact that today the State does not find the need to call an architect to envision a city.

Smart Cities are happily being cooked up by project managers, bureaucrats, developers & corporate leaders under the patronage of the State. The executing agencies for these grandiose plans always remain the consulting firms. The architect has been put out of this equation but he finally comes in as a visualizer, a mere part of the paraphernalia of tools which the consulting firm carries around like a set of screw-drivers strapped firmly to their waist-belt.

The West has long back discovered that architecture is a small part of businesses just like any other and one needs to develop best practices for this too. This aspect is not touched upon in the academies and does not figure anywhere in the education of architecture. It is this great schism which turns students of architecture into schizophrenics when they go out into the big bad world. Education of architecture had better wake up to this reality sooner than later. But being realistic, let’s not assume that this is a loss of position for the architect.

ALSO TODAY – FROM TREND TO NORM

The most damaging development most recently is that Government undertakings through International consulting firms have invited architects to present ideas for free services under the garb of ‘Nation building’.

The notion itself sounds ludicrous and self-serving. Prestigious architecture firms have already expressed their willingness to accept the offer without even considering the back-lash to the profession at large. Ideation of this sort becomes the norm tomorrow it will not be a surprise if every Government agency and PSUs demand free services from architects in the guise of “Nation Building”. This trend today will become a norm in the future. When can you stop this raging, rogue bull elephant, if not today? These moves will have to be stopped now. The only way to proceed is to request architects who have already offered to do so, to back down and think this through. This can be achieved only by institutional pressure. If the institutions take a back-seat at this critical hour when the profession needs it most, then they shall be solely responsible for sealing the fate of the tidal wave of fresh graduate architects, which is leaping uncontrollably out of colleges every year.

On a positive note it is also to be appreciated that proactive Ministers like Shri Piyush Goyal (Minister of Railways and Coal) has expressed a keen interest in connecting with the architecture fraternity to address the serious concerns regarding the relationship dilemma between IRSDC and the architects. He has devoted one whole afternoon trying to understand the dynamics of a working relationship from the point of developing 600 to 800 railway stations. It was heartening to note this step forward in the right direction and surely if other Government agencies also show similar energy, it would be a very big ‘win’ for the profession.

They say that culture changes every 20 years. RIBA suspects that in 10 years, we might not be called an ‘architectural practice’ at all. We can only speculate the way to that new unknown future. Culling opportunity from adversity, finding the gaps, calling the bluff, reinventing relevance in time, aggregating talent pools and creating value will be the tools which will have to be used effectively, consciously and creatively to address everyday situations to successfully maneuver in the shifting sands. From this seemingly ‘hallowed’ profession, what one sees today is a ‘hollowed’ profession in terms of its social, intellectual and ethical content. It’s this writing on the wall of present which will shape the future unless, there is a brave set of architects willing to tread on the path of the unknown in search of the new definition of ‘practice’, as have the 10% among us. Especially today, working in close collaboration with the rest of the industry which includes technologists, engineers, artists, sociologists, planners & landscape architects and many others depending on the kind of projects is where the architect will have to find his place.

The architect will emerge as a coordinator and facilitator if he is willing to relax his stranglehold on his aspirations of being a control freak. Space is his domain and remaining firmly entrenched in it and playing the team member, will bring about the healing required for the already disturbed ecology of the profession.

The future will take care of itself if the present is dealt with complete awareness, and it’s not difficult. All it needs is the ability to take a deep breath and reflect on our every move. Now that there is a lull in the building industry, here’s our opportunity to reflect hard and re-engage, re-think and re-generate the profession.

Nirmal Kulkarni, is the founding principal of the firm AUM Architects which is a collaborative design practice now based in Gurugram, NCR, New Delhi, INDIA. Design engagement largely centers on institutional facilities, corporate offices, retail spaces & private residences. As a practicing architect, he has the ability to traverse the boundaries between education and the practice of architecture and design. He says – “We at AUM believe in addressing & evolving new design paradigms. We want to be an integral part of ‘Design for Communities’ and therefore strive to address the needs of people in a sort of “open source” approach to life.

Read more about him HERE. 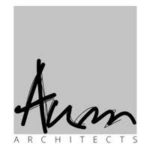 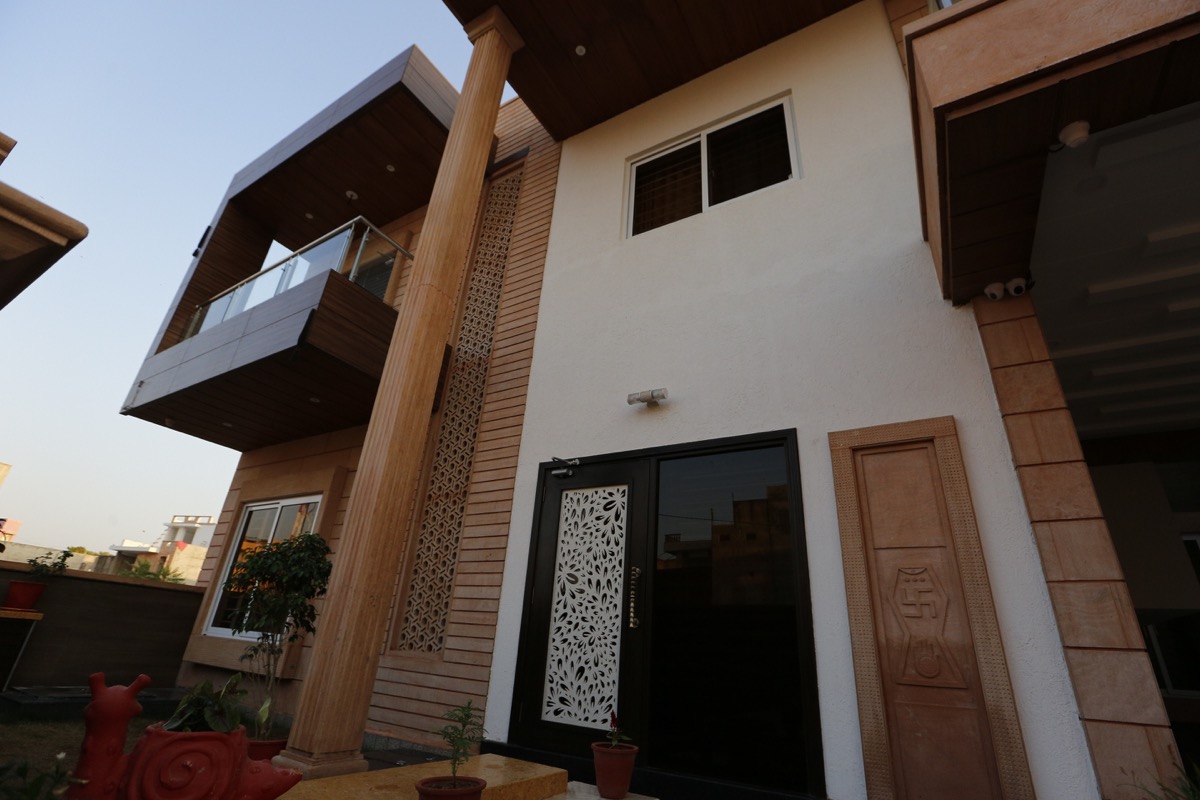 A Modern Residence at Jodhpur, by Ravi and Nupur Architects 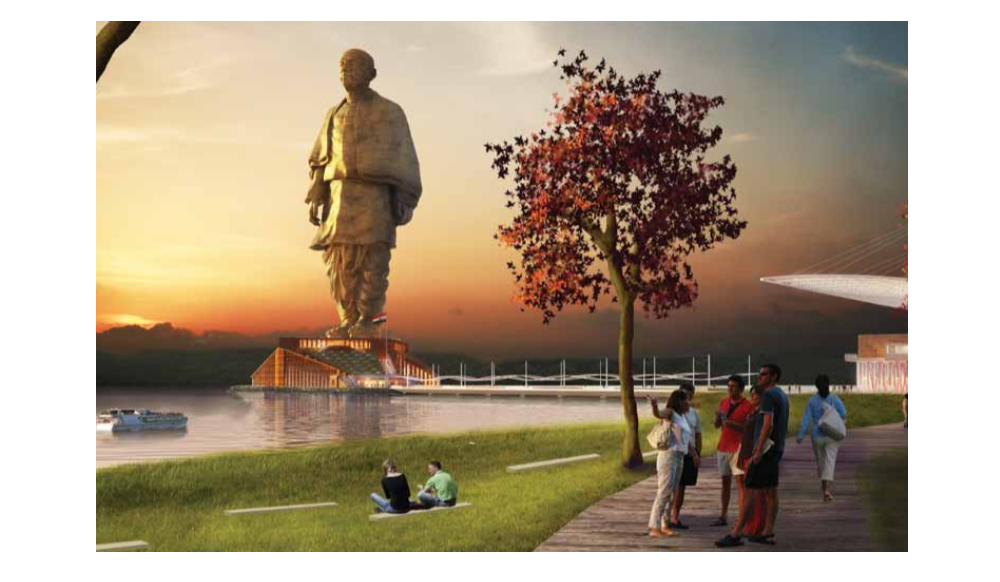 Inside the World’s Tallest Statue – Statue of Unity, Gujarat 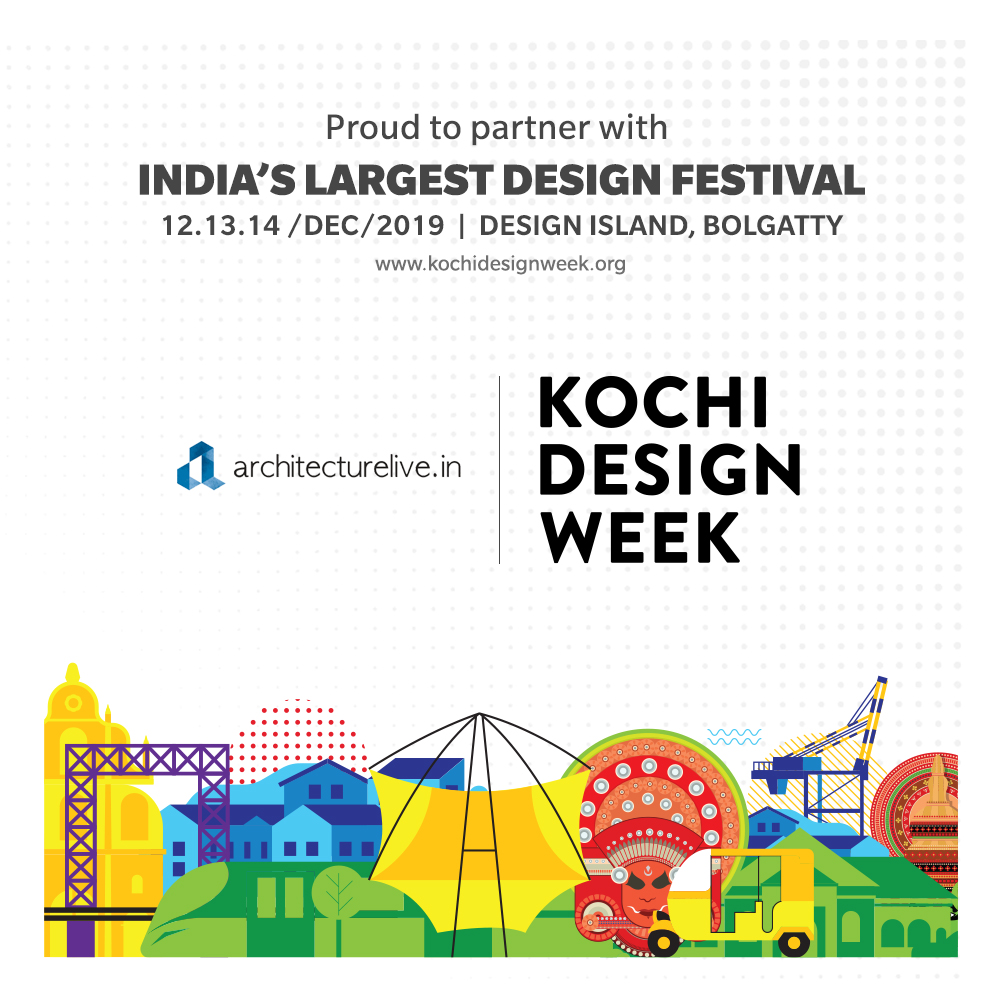 The state government of Kerala is hosting a major festival this year-end – Kochi Design Week, or KDW as it is called. Th festival of design will discuss at length the global trends in design and architecture so as to employ them in the state’s renewed efforts to rebuild itself in the wake of the 2018 flood that was replicated in a lesser measure the subsequent rainy season as well.