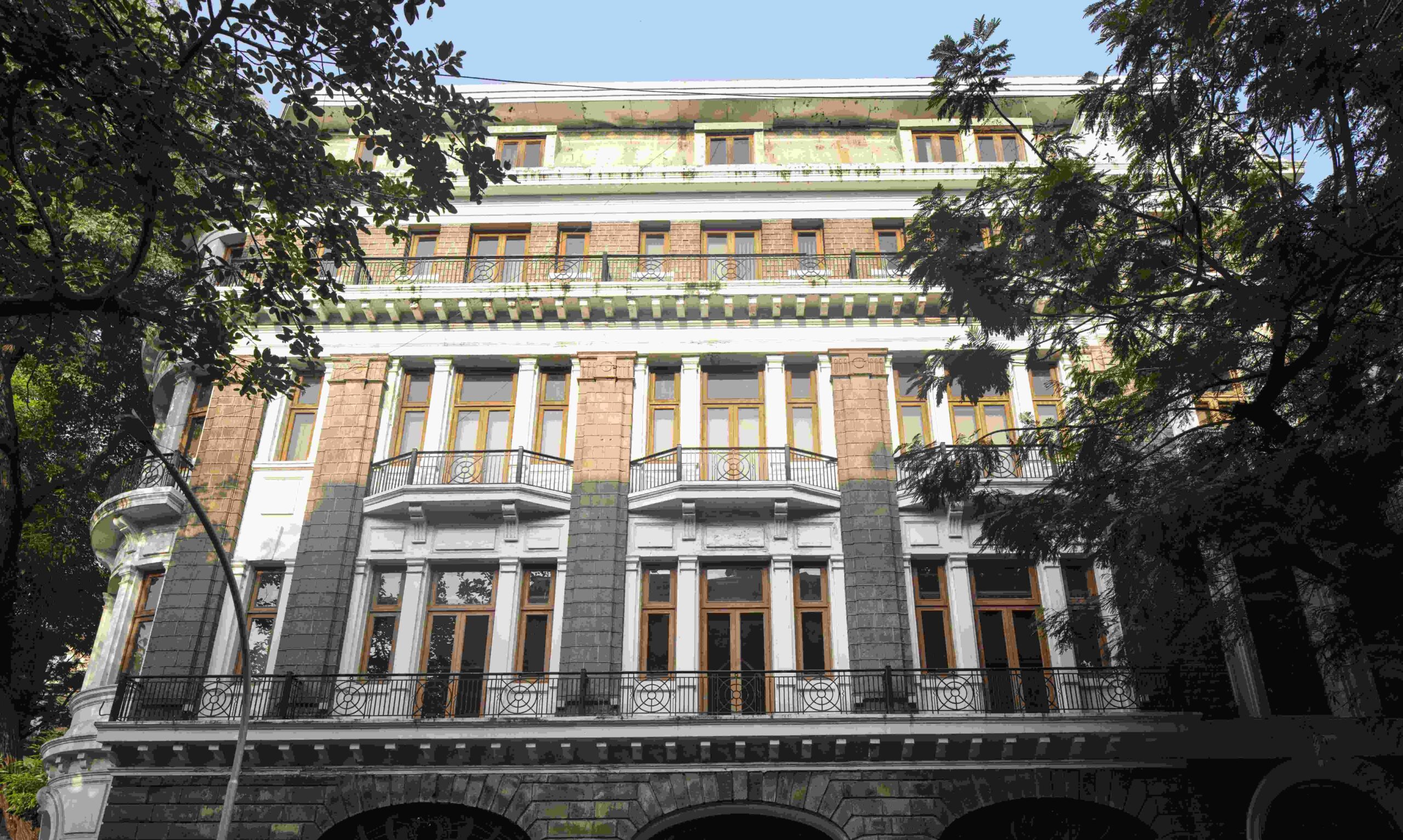 ​Ballard Estate has been an iconic example of a planned commercial district in an otherwise organically growing city of Mumbai. The British wanted this place to resemble Victorian London with the luxury of a tropical climate. Mumbai’s history offers many heritage structures and historical precincts. South Bombay, namely, is home to a lot of the finest buildings, especially in the Fort precinct, which was the core of the city during its colonial rule. Tall Edwardian buildings along tree-lined streets are reminiscent of the era they were built in. This precinct has a uniform architectural style with identical elements of design.

Post the British rule, new developments lacked the grandeur and identity of these historic buildings. They were taken for granted and started evolving as an unkempt asset of the city. Ballard Estate is a precinct that underwent a lot of monumental changes over the course of its time. There were modifications in its planning as much as its architectural development..

Over time, floor additions were made to multiple buildings. The precinct earlier lined only 44 heritage buildings designed by the architect. Post-independence, however, it extended to residential and commercial buildings towards the west. The former Ballard Pier Mole Station that belonged to the Mumbai Port Trust Railway functioned as an important arrival and departure point for several Britishers arriving from England. The gatehouse has now been developed into a museum, and it is a treasure trove of photographs about Bombay, its port, the railways and the people of the city. The currently existing fortified walls lining the periphery broke the connection of the waterfront with the site.

The existing precinct demarcation considers the heritage buildings of Ballard Estate as well as some of the residential and mixed-use buildings to the west of R Kamani Marg. Pre- independence, the extents of Ballard Estate only consisted of the 44 heritage buildings that were designed by George Wittet. They have a similar method of construction and a uniform architectural style. Hence, the area to be considered for the project’s design process has been restricted to all buildings from the east up to the first row of buildings adjoining R.Kamani Road. This has been undertaken to club the areas that have similar characteristics in terms of spatial quality, building usage, and architectural identity.

Pockets of open spaces created in the planning of the building’s construction were envisioned by the architect to be public spaces in the future. Today, these are treated as residual spaces and used as dumping grounds due to negligence. One of the drawbacks of Ballard Estate in its current condition is the management of these open spaces. They have the potential to be redesigned as functional public pockets that could enhance this commercial district. It is important to study the site in detail to filter its potential enhancements by highlighting emerging issues that condemn the spatial quality and disrespect the ambience of a heritage conservation site.

The intention of this study is to bring awareness to a critical site like Ballard Estate, in the Fort Area because it has the opportunity of invoking a structured public approach to a commercial site. This can be done at both levels, the macro level with the overall planning and development, as well as the micro level by magnifying the minute details such as provision of street elements that complement the architectural style of the heritage buildings. 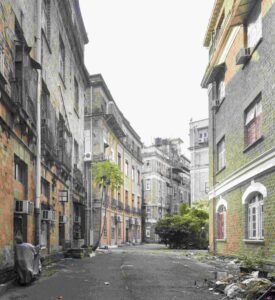 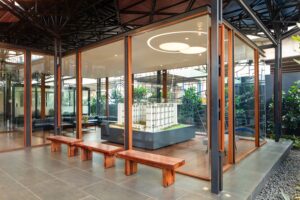