Students of SPA, Delhi, call off strike, after mediation by SPA Alumni body

Students of School of Planning and Architecture, Delhi went on strike demanding better facilities and infrastructure after a fire broke out in one of the girl’s rooms at the hostel on the morning of Oct 26. The protests lasted till Oct 30, until the SPA Alumni body intervened and assured its support and action to provide better infrastructure to SPA students. More reasons for the strike can be READ HERE.

Students from the SPA, Delhi shared the detailed summary of events, which is shared below (Text Unedited):

On Thursday, the 26th of October 2017, a fire broke out in one of the rooms in the SPA Girls’ hostel at ITO. A short-circuit in an electric fan caused it to fall onto a bed and catch fire. The occupant of the room luckily escaped without injuries. The other two residents of the room were in the Maharani Bagh hostel when the incident took place.

However, when the incident occurred, there was nobody to help. No previous fire drills had been carried out, the guards present were unequipped to deal with such a situation, and there was no competent authority at the scene who could have been approached for help. The Hostel Warden was not responding to calls of distress until long after the incident was over.

The students, long frustrated with the state of affairs of infrastructure on campus and an unaccountable administration, immediately called for a peaceful strike to protest for change. The Deans, Acting Director, Heads of Departments and Wardens addressed the students regarding several issues, albeit in a less-than- satisfactory manner. The students refused to call off the strike, ‘taking into account the lax and irresponsible attitude of authorities to the whole situation’. A list of problems was drawn up and a letter was presented to the authorities stating our demands. 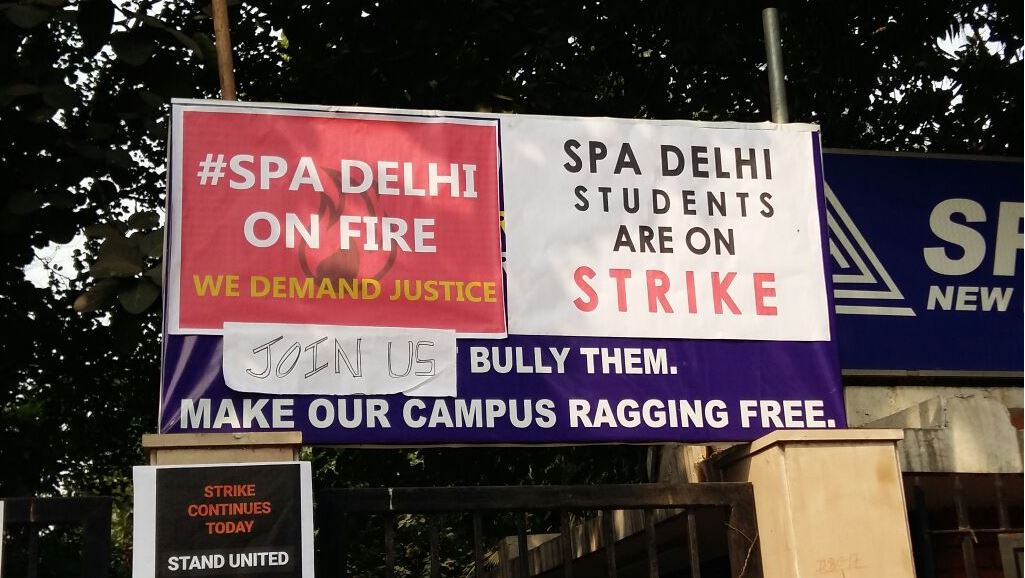 ●  A structural and electrical safety assessment report of all rooms in the ITO Hostel, to deem them safe for living and working

●  An organised relocation of students who might be unable to continue living in the ITO Hostel, if conditions were found to be unsafe

●  A review of the standard of living in both hostels, ITO and Maharani Bagh, as per the current student occupancy

●  On a more long-term basis, an urgent need for transparency in the college regarding decisions of the administration. 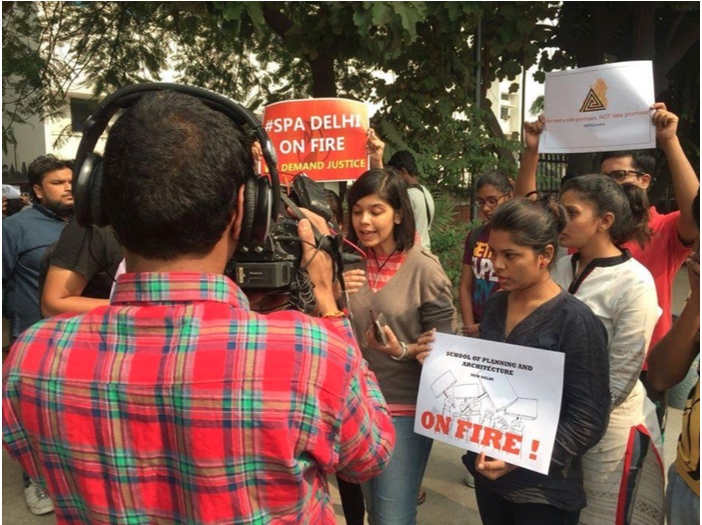 On Friday, October 27th, the protest took a much more organised form. The students stationed themselves at all entry/exit points of the Planning Block,

demanding to be addressed directly by the administration. A few media channels, including NDTV India, covered the situation.

Demands of the students were discussed with authorities and noted down. The authorities, after discussion with each other, responded to the entire student body with a time-frame within which solutions would be achieved, and an appointed person responsible for carrying out each task that had been agreed upon. The students then sat down to negotiate the terms of hostel relocation with the authorities, while inspection of the ITO Girls Hostel had begun. It is to be noted that the burnt rooms were cleared out and plastering had started without prior notice.

On the third day repair works had begun in the building. However, the inspection which had been initiated on the previous day, was informally conducted by Prof. V.K. Paul, wherein superficial repair jobs were suggested, and the larger issue of structural and electrical safety in the hostel rooms was glossed over. Further, the administration had started talking individually to students, to convince them of the hostel’s safety. When asked to carry out an organised, external audit and assessment of the building, the administration claimed to have contacted the Central Public Works Department (CPWD), but refused to provide any deadlines.

On the fourth day, October 29th, the students laid out a consolidated list of demands (which had been verbally discussed and agreed upon with the administration) as formal letters to be signed by the authority.

However, in a surprising turn of events, the administration blatantly refused to sign the papers and did not engage in any official conversation with the student body. Instead, letters (not printed on the official SPA letterhead) were sent to parents of students, drafted with an underlying tone of intimidation, implying that there would be consequences if the strike wouldn’t be called off. Further, it may be noted that many students received direct and indirect verbal threats from many of the authorities involved, and unverified information was relayed by the administration to the media.

On the final day, the 30th of October, faculty from various departments were called to the scene. Organized into groups, they conducted a visual inspection of the rooms in the hostel, listing down the problems identified in each room. A copy of this was given to the student council, along with a letter agreeing, albeit vaguely, to most of the demands of the student body. In further discussions with the student body, problems in the document were identified, solutions to which were negotiated. It was noted that all problems were more or less addressed in the letter and its attached annexures.

The strike was called in the late hours of October 30th, following an understanding between the student council and the administration over the demands that had been made and amended. Regarding the compensation for the three students affected directly by the fire accident, it was agreed by the administration that a committee would be set up including one student representative and the issue would be presented before the Board of Governors.

On the morning of October 31st, the administration abruptly issued an official notice stating that, ‘due to unavoidable circumstances, the XXXV Convocation of the School scheduled to be held on 6th November, 2017, has been postponed till further orders.’

The student body is currently waiting, with what it hopes is not misplaced faith, for the administration to follow through on the terms that were agreed upon while calling off the strike; and that the college will continue with the originally scheduled Convocation ceremony, which would enable SPA’s batch of fresh graduates, who were not an official part of the strike, to collect their educational degrees.

Strike was called off on Oct 30, after SPA Alumni body took an initiative to mediate between the student’s body and the administration.

Anuj Srivastava, who is part of the Alumni body shared the following message in the Official group on Facebook:

The SPA Alumni is glad to share that the strike called by the students of SPA has been amicably called off.The immediate concerns of the students have been mutually resolved. The SPA Alumni worked effectively as a mediator and interlocutor between the students and the administration, both of whom showed great patience and maturity in ensuring that the semester is not wasted and classes may resume, while in no way placing the students in any harm.

The SPA Alumni remains concerned about the issues concerning the infrastructure and facilities at SPA. The SPA Alumni continues in its endeavour to facilitate communication and resolution on the long term deliverables that remain on the table and will be resolved as per the mutually agreed schedule, with due inputs from the students and the administration.

We would like to place on record here that the SPA Alumni remains a safe haven for students to approach without any fear of retribution, for any future or immediate concerns.

We would like to place on record and convey our deep appreciation of the role played by Shri Vijay Garg in resolving the issues. He was there with Anuj Srivastava throughout the entire day till the agreement was signed just before midnight. We thank the Director Dr Sridharan, the Deans Prof Suneja, Prof Mahavir, Shri VK Paul and Prof Manoj Mathur and the entire faculty for their efforts. We also thank the students council and all the students for their active participation to resolve the oustanding issues and work towards a solution.We would also like to thank Punit Sethi, Kavas Kapadia Nikhil Segel Ashish Gupta, Ameet Babbar, Archana Khanna Gupta and Deepika Saxena for their active involvement in concerted efforts to reach an amicable solution.

Our doors are always open. 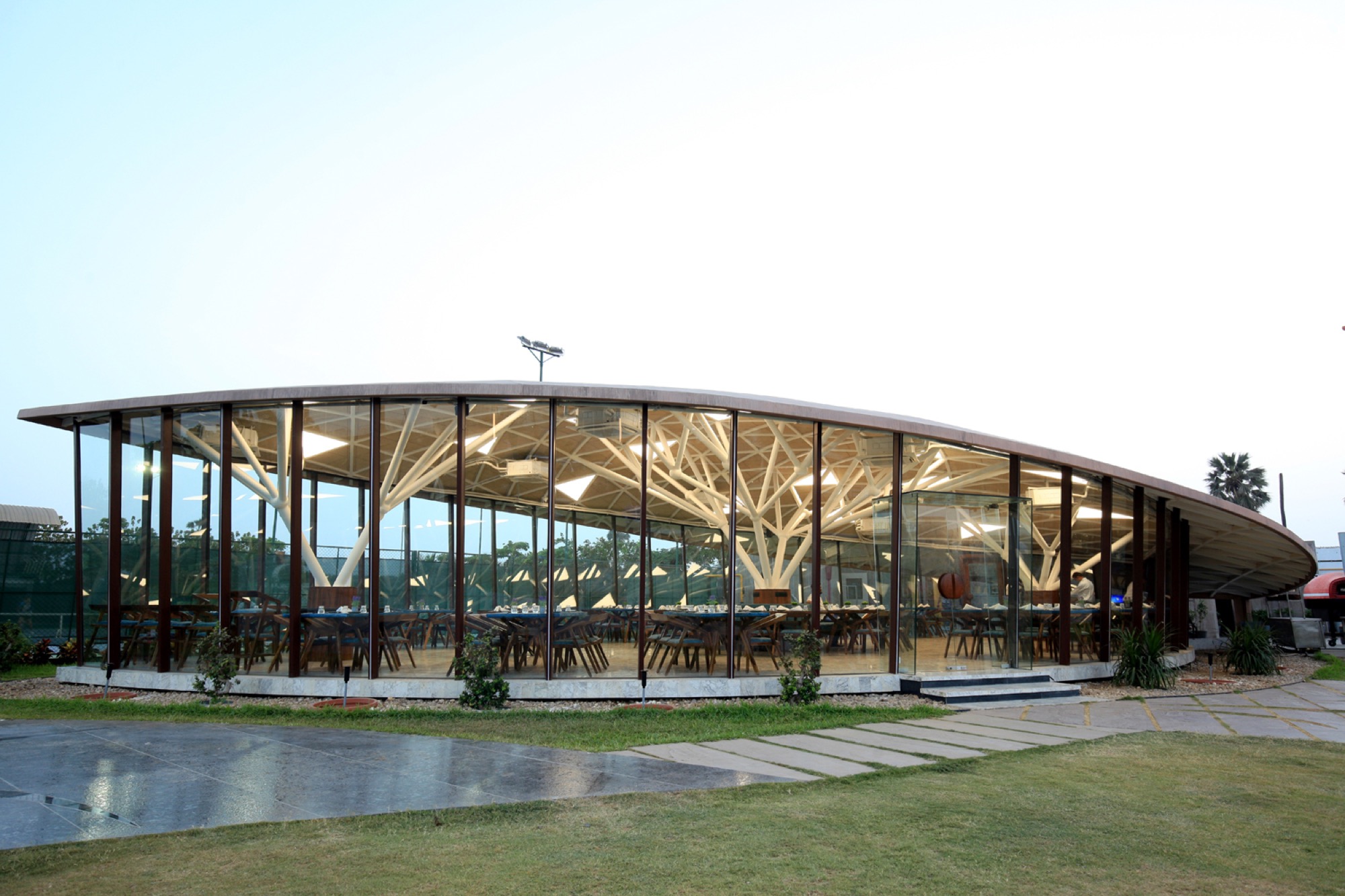 Pavilion – Garden of spices A multi cuisine restaurant located in fringe area of Surat city. A restaurant is a part of a CB Patel 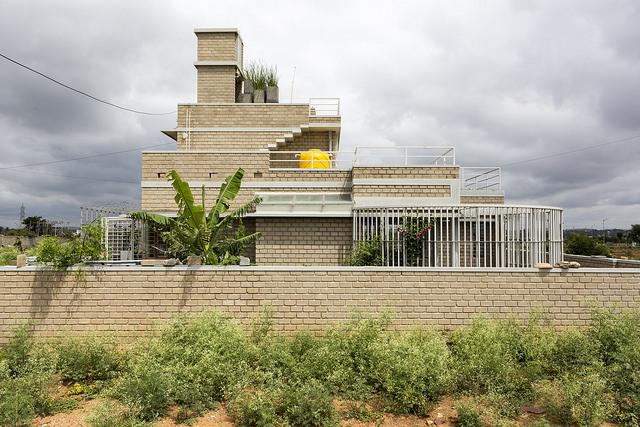 Hamsa and Prasanna House at Bangalore by Biome Environmental Solutions

Architecture is the only human intervention that can portray the symbiotic relation that man and environment share in both physical and symbolic manner. Museums are