The development shares its contextual presence with ITC Laburnum, MG Road, a 500-metre distance from the nodal IFFCO Chowk metro station and the affluent Sector-29 neighbourhood. The impetus that leads the project’s development is along the lines of intrinsic detail-orientation and conscious space-utilization. - Design Forum International 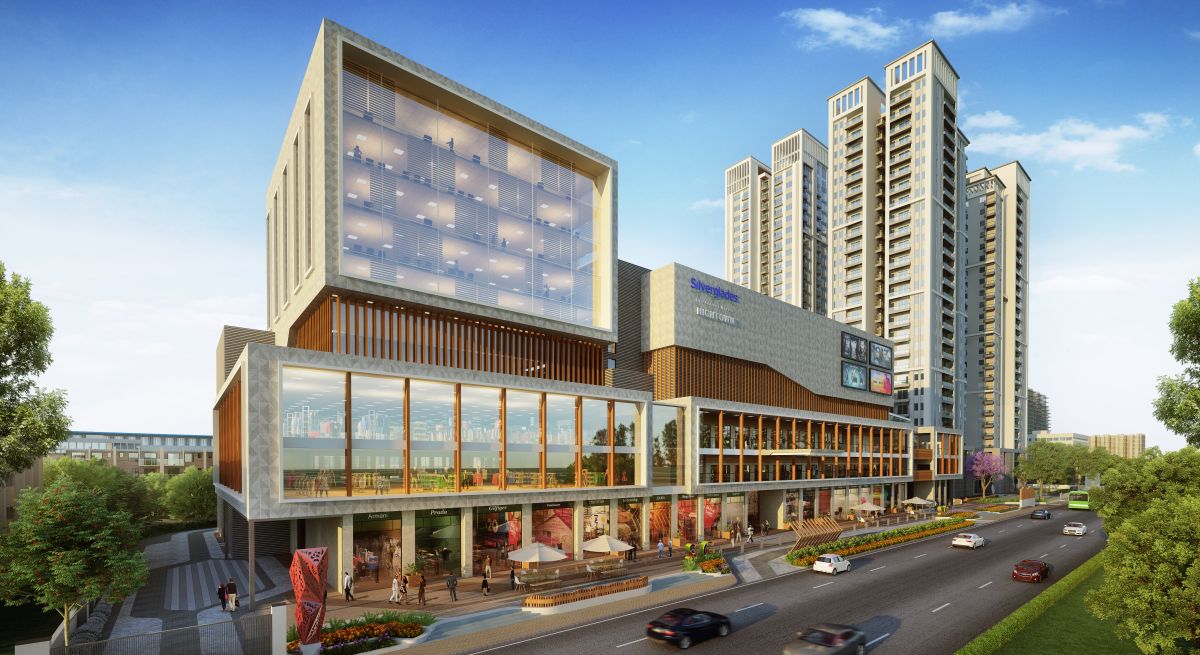 Located in the urban epicentre of Gurugram, Silverglades is a mixed-use development that establishes an equilibrium amidst varied functions along with an array of amenities. The 4.48-acre site has been designed with a keen eye for functional detail – an approach wherein the built forms and the surrounding greenery live in absolute conjunction. Undertaken in the year 2019, the Silverglades development and design strategy celebrate the idea of ‘landmark living’.

The development shares its contextual presence with ITC Laburnum, MG Road, a 500-metre distance from the nodal IFFCO Chowk metro station and the affluent Sector-29 neighbourhood. The impetus that leads the project’s development is along the lines of intrinsic detail-orientation and conscious space-utilization.

The geometry of the site in its primordial form is composed of a square-form patch accompanied by an elongated strip of land, abutting the neighbouring arterial roads. The perimeter of the site and the area enclosed within, dictated the core zoning scheme of the programmatic functions — where the narrower strip of land was allocated to the commercial plaza owing to its elevated frontage value, and the remaining land was utilized to anchor the lofty residential towers. The utilization of the frontage aspect was vital in the design process, as one of the intended forefronts of the conceptualised scheme was to create an urban interface that had a contemporary yet inviting persona.

The project’s development adopts a fast planning policy that has taken the lead in the real estate landscape over the past 5-7 years. This approach emphasizes on the TOD (Transit-Oriented Development) model that integrates efficient transit and circulation systems into urban pockets, making public means of commute a viable choice for the majority of users. With Gurugram and the norms of the Mass Rapid Transit System (MRTS) under consideration, this urban sect of the city can utilize higher FAR values to their advantage. The Mixed-Use development strategy works best for the spatial programme at the Silverglades; the creation of this inter-urban layout allows for the intersection of functions like living, working, retail access and recreational activities, thus allowing the builder to expand programmatic operations across diverse verticals.

The mixed-use development strategy sheds light upon targeted challenges that pertain to the zoning, traffic management and circulation needs of the site. The pedestrian and vehicular movement across various zones are planned keeping in mind the positions of independent entry and exit points, the ingress and egress terms and the acknowledgement of the multiple user groups engaging in varied activities. The movement paths for the commercial and residential portions of the layout are entirely segregated to avoid the build-up of congestion on main entry and exit points. 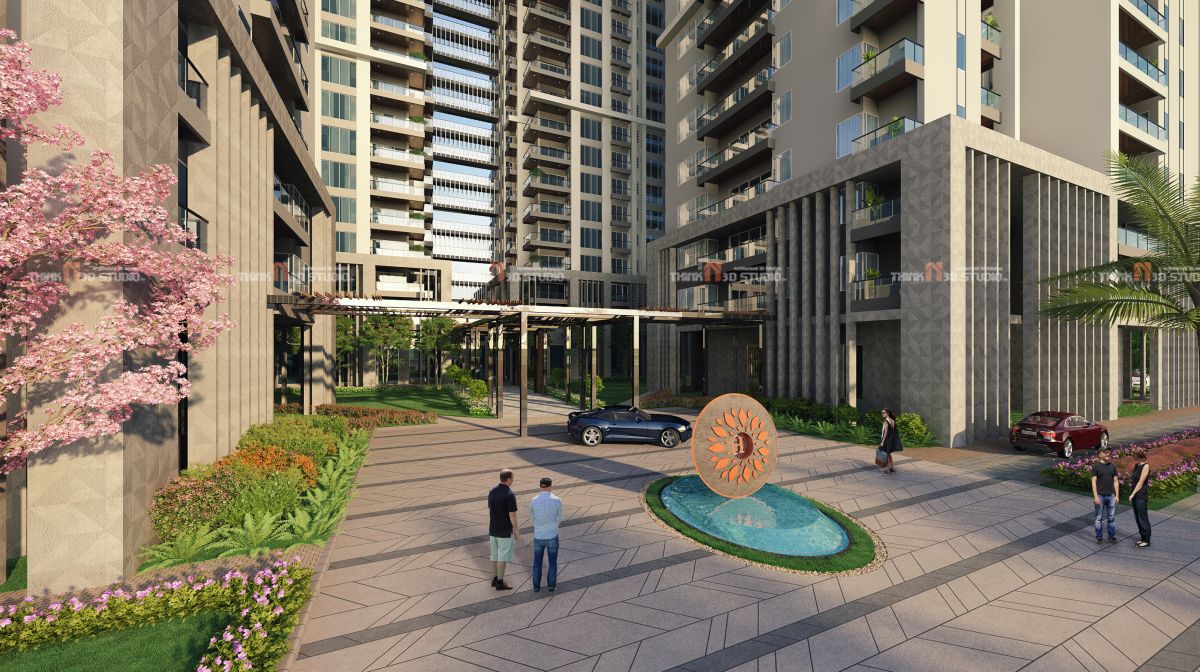 In the residential component, the design aims to maximise accommodation, whilst maintaining an elevated sense of living. The three high-density residential towers are designed on a relatively compact land footprint. While the number of units are not as many as the conventional high-rise accommodations, the efforts have been directed towards creating apartments with higher built-up areas, responding to the challenge of dense stacked living. The main residential tower comprises up to 30 floors. It is composed of two symmetrical towers connected by a skywalk to offer 360°views to the end-users of the 4BHK luxury apartments with four spacious units per floor. The other towers house three units of luxury 3BHK apartments per floor and provide panoramic views of the city.

The role of nature and landscape is evidently integral in the conceptualization of this urban oasis. The Landscape Design consultants at Integral Designs spearheaded by Samir Mathur, worked in tandem with the team to amplify the impact of ingeniously designed outdoor spaces. The open green spaces sweep into the double-height stilt levels under towers to transform them into accessible and recreational break-out zones for end-users. Smart landscaping methodologies allow the site to harness an increased sense of greenery on the limited land parcel; an approach which builds on the bespoke boutique dwelling experience. The state-of-the-art amenities are available to its end-users within the comfort of their residential neighbourhood. A plush clubhouse, multimedia theatre, indoor golf simulator, gymnasium, spas, pools, open casual fitness amenities in landscaped sections, sports facilities and convenience stores make the gated community a one-stop destination for all needs.

The commercial component of the site has been conceptualised in light of ‘Promenade Retail Architecture’. The vision plays on the inherent frontage of the site, thus making it a nucleus for urban commerce and interaction. A hybrid of ‘high street’ and retail format allows visitors to experience all the action having an expansive promenade to spill into as they traverse the astir commercial strip. The other side of the linear atrium flanks the enclosed mall structure which houses exclusive retail destinations, a 4-screen multiplex, a floor dedicated to fine dining venues and layered terraces as break-out nooks. It truly encapsulates the design ingredients that cater to all things luxury, apparel and dining.

While creating a statement medley of structures, it becomes imperative to understand and honor the design influences that dot the immediate locality of the site. The design narrative of the structures at Silverglades development take its cue from the linearity displayed by the landmark ITC Laburnum. The built masses adhere to straight, clean and sharp geometry, which have a regimented demeanor. Concrete is a ubiquitously used material in the palette that unites the principles of grace and stability, doses of metal and abundant greenery renounce superfluous ornamentation. The commercial unit embraces concrete, zinc, corten steel and timber louvres to create a montage that shuns a purely utilitarian notion and instead imbues warmth to the premises — a facade that accentuates its visual dominance in the context of the bustling neighbourhood.

The design vocabulary across the master plan is evocative of a rooted, modern and layered disposition in its identity. This venture has been conjured to life to deliver excellence and create sensorial experiences for its users at a deep-rooted level. 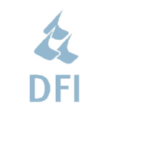