The passing away of Pradeep Sachdeva at the age of 62 was untimely. He was at an age when most architects are still maturing. Nevertheless, he left us with a compelling legacy as an innovative and humanistic architect, urban designer, landscape architect and interior designer. He created several iconic projects that have become benchmarks and are testimony to the contributions he has made to Indian architecture and urbanism.

The passing away of Pradeep Sachdeva at the age of 62 was untimely. He was at an age when most architects are still maturing. Nevertheless, he left us with a compelling legacy as an innovative and humanistic architect, urban designer, landscape architect and interior designer. He created several iconic projects that have become benchmarks and are testimony to the contributions he has made to Indian architecture and urbanism.

These contributions have become particularly significant as our society questions the state of our cities and the quality of life they provide its residents. There is increasing awareness of the need to reorient design ideology away from global models. Perhaps on account of his early experience working with Laurie Baker, he developed a profound understanding of the importance of using local contexts and crafts and building traditions for designing in India. As a consequence, he defined the nature and meaning of modernity in Indian architecture and urbanism. This has now become an important imperative.

His projects included low-cost buildings and projects for high end hospitality sector, Buddhist monastery and educational campuses, riverfronts and landscape parks, besides bespoke furniture design. Some, like the Dilli Haat, the Garden of Five senses, streetscaping Delhi’s complex transport corridors, and the use of highly engineered bamboo for the dome of the Indian Pavilion at the Shanghai Expo 2010, have become models for others to emulate. Through these projects, he expanded the vocabulary and grammar of Indian modernism.

But there was more to define his contributions than the tangible qualities of his designs. What set him apart was also the humanistic vision he infused into all the projects he engaged with. These two aspects of design are inseparable in all his works. For his proposal to Redevelop the Jama Masjid Precinct in Shahjahanabad, for example, he spent much more time to understand the needs of people who would be affected by the project than on the design brief for which he had been engaged. Not surprisingly, his proposals did not suit his clients, the Municipal Corporation of Delhi (MCD), who prevaricated repeatedly, thus stalling its implementation – and consequently the settlement of his professional fees.

His office in Aya Nagar, an urban village at the outskirts of Delhi, was a living laboratory that manifested the range of his design ideology, from the organic typology of the building to its setting in a carefully curated garden with over a hundred species of plants. It contained a furniture workshop (The Windmill), an exhibition space for not only the furniture he produced but also where he regularly displayed the products of other craftspeople, space to present eclectic public lectures by experts on their works, and where he hosted his legendary parties for his wide network of professional associates, clients and friends. His office at Aya Nagar was not only an expression of his professional credo but his social life as well: besides being a serious professional he was also a bon vivant.

I knew him for almost three decades, both professionally and socially. We purchased adjacent farms outside Gurugram, where we built our respective farm houses. I was only perfunctorily involved with my farm, but he expended as much thought and energy to develop his as any of his professional projects. He constructed an experimental bamboo house, and transplanted another, an authentic wooden tarwaad house from Kerala, which he had dismantled and reassembled in his farm by the traditional asharis. To him, the farm was as important a laboratory as his Aya Nagar office. A few months before he died, during one of our last meetings at the farm, he spoke of his plans to live and work from the farm and explore an alternate life style. Throughout his life, his quest for seeking a better future remained undiminished.

I was only one among his wide circle of friends. But he made each of us feel special. While I had much more in common with him, he bonded as comfortably with my wife and her feminist ideas and he also indulged my daughter’s outrageous demands for bespoke furniture for her small apartment without demur. To him, everyone was special. He was as affectionate and generous with all his friends. And moreover, his loyalty was unwavering. For example, we had to sell our beloved farm at a time when I was challenging his proposals for the redevelopment of Chandni Chowk in the High Court of Delhi, but he consoled us by insisting that we could always use his farm whenever we wanted.

This is what made him a visionary professional and a great human being. 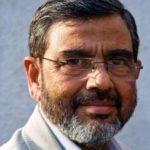 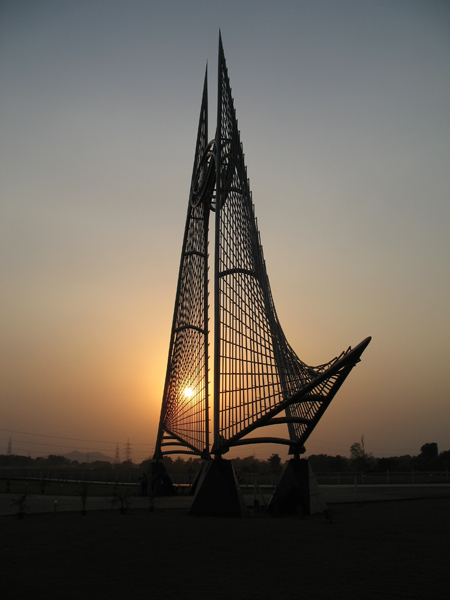 Designed by Kamath Design Studio, the gateway forms the entrance to an industrial township and power plant. Its form creates a dialogue between local tribal geometries and industrial technology. The design development was undertaken through physical and 3D digital modeling with the geometric information of the digital model being used to create CNC pre-fabricated components that were assembled on site. 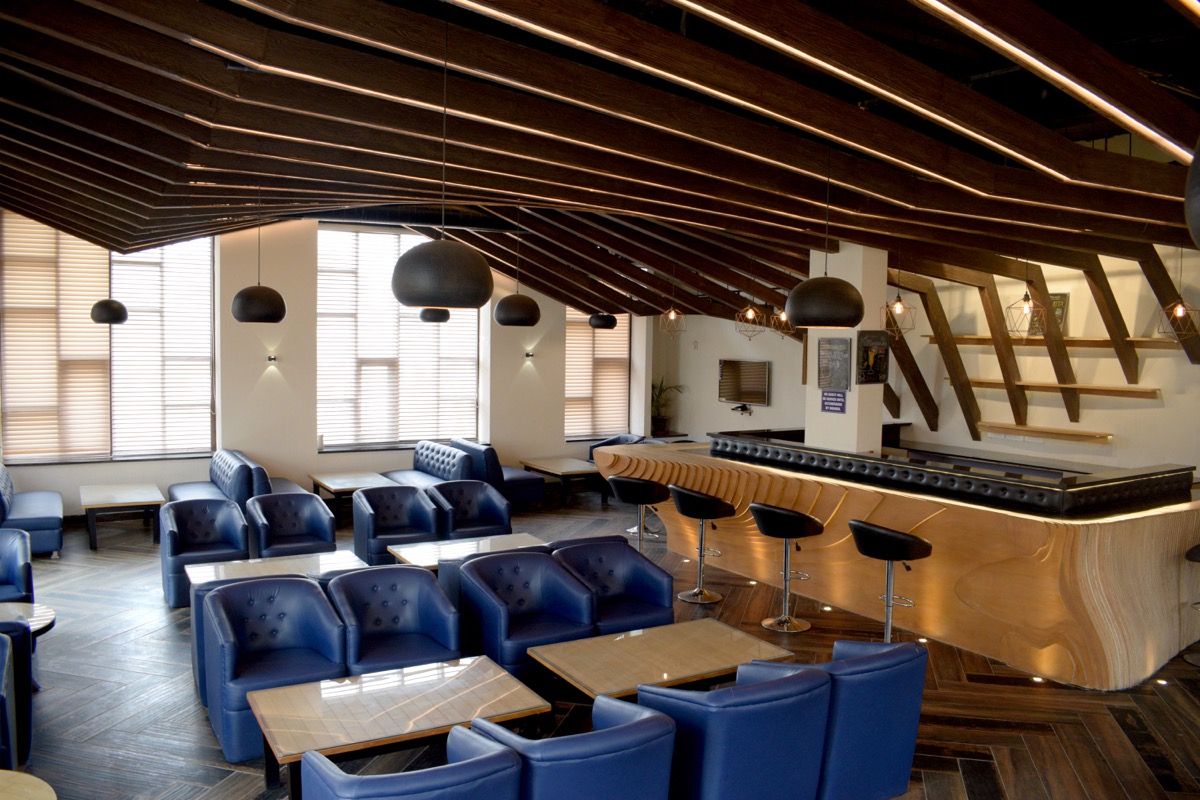 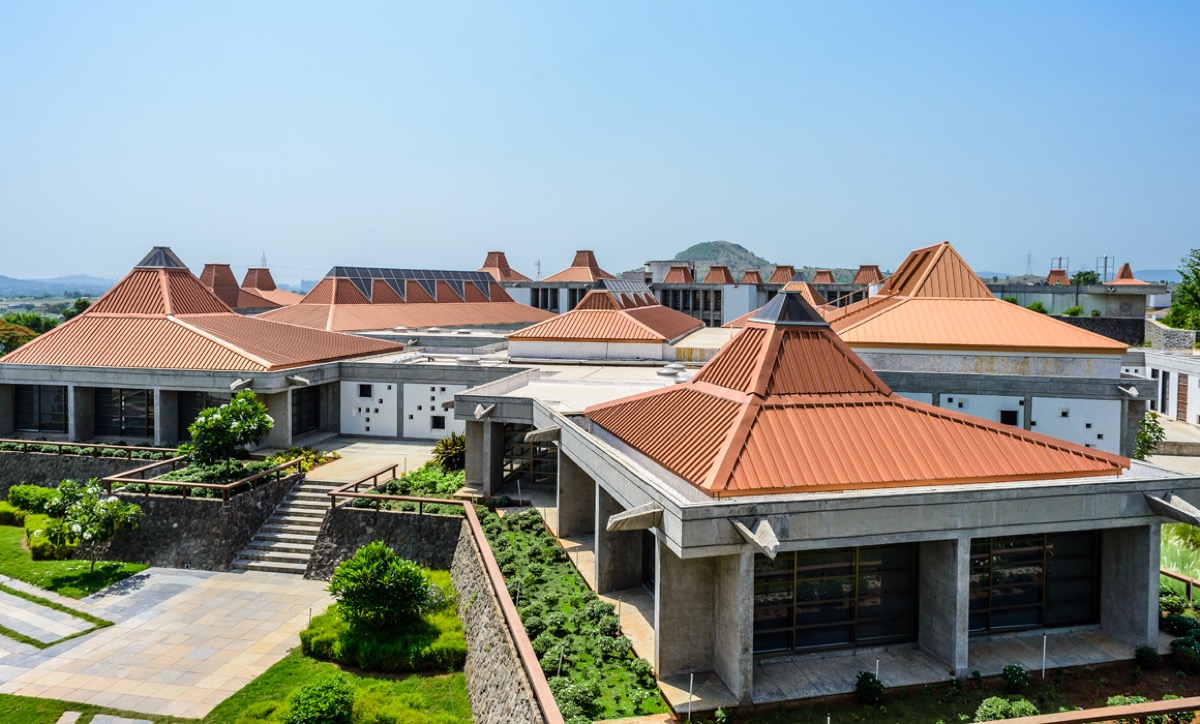 The Kirloskar group of industries is one of the oldest family owned industrial establishments in Western India. Over the past two decades, they have transformed into a cluster of global companies requiring new strategies and production processes. They aim to create an appropriate managerial style, suitable to this new business environment, and hence promoted the Kirloskar Institute of Advanced Management Studies.