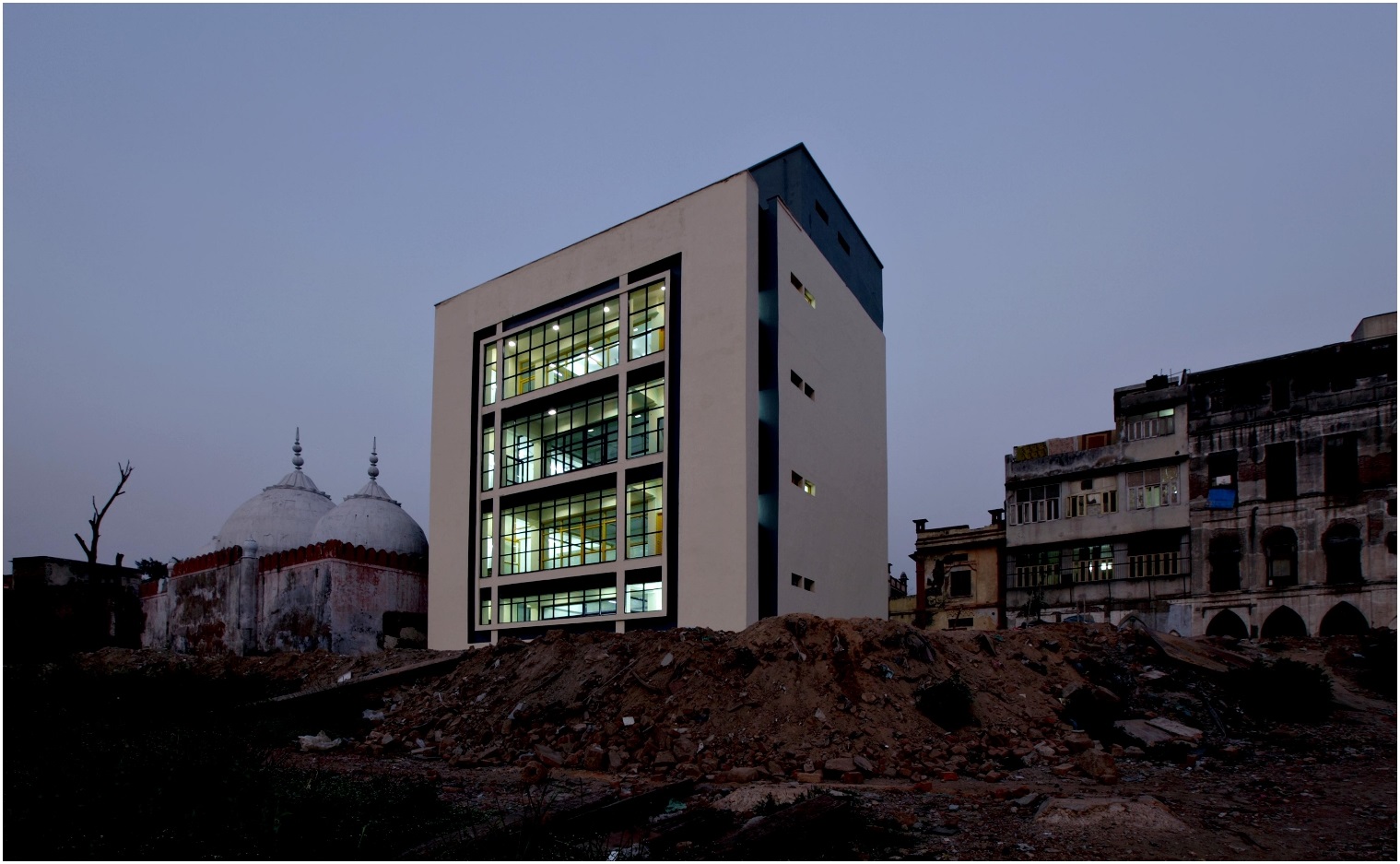 Polyclinic for the Destitute, Delhi, by Romi Khosla Design Studio

In the heart of the old city of Delhi, on the edge of the railway line, sandwiched between a masjid and remains of a burnt slum, something extraordinary has emerged, ‘a gleaming modern Polyclinic for the poorest of the poor, the drug addicts and the HIV patients who live on the pavements of Lahori Gate. Designed by architects Romi Khosla and Martand Khosla, this state of the art building has been donated to the Municipal Corporation of Delhi by The Sir Sobha Singh Public Charitable trust. 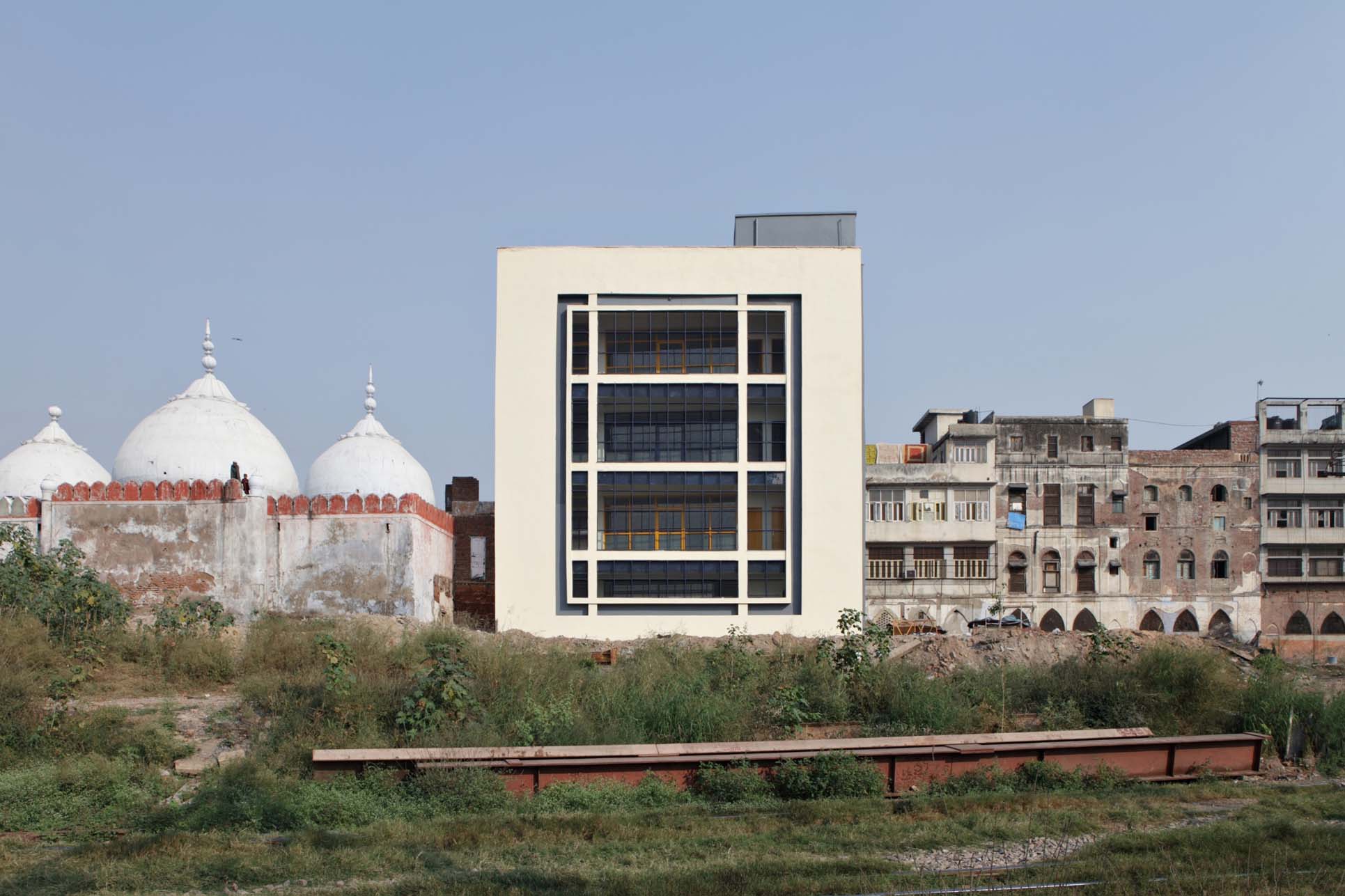 The Trust got in touch with the architects because of their national and international reputation of building modern buildings for the very poor. Soon after finishing their School for Spastic Children in the heart of Delhi, the architects were approached by the British Government through DFID of to design and deliver low cost schools in the Rangareddy District of Andhra Pradesh. Over 50 classrooms were built in sundry villages demonstrating to the Government of Andhra that it was possible to build schools for 30% less than the norms accepted by the Government. During the project execution, the architects trained Government Engineers and introduced a wide range of low cost technologies that had been pioneered by NGOs around the country. 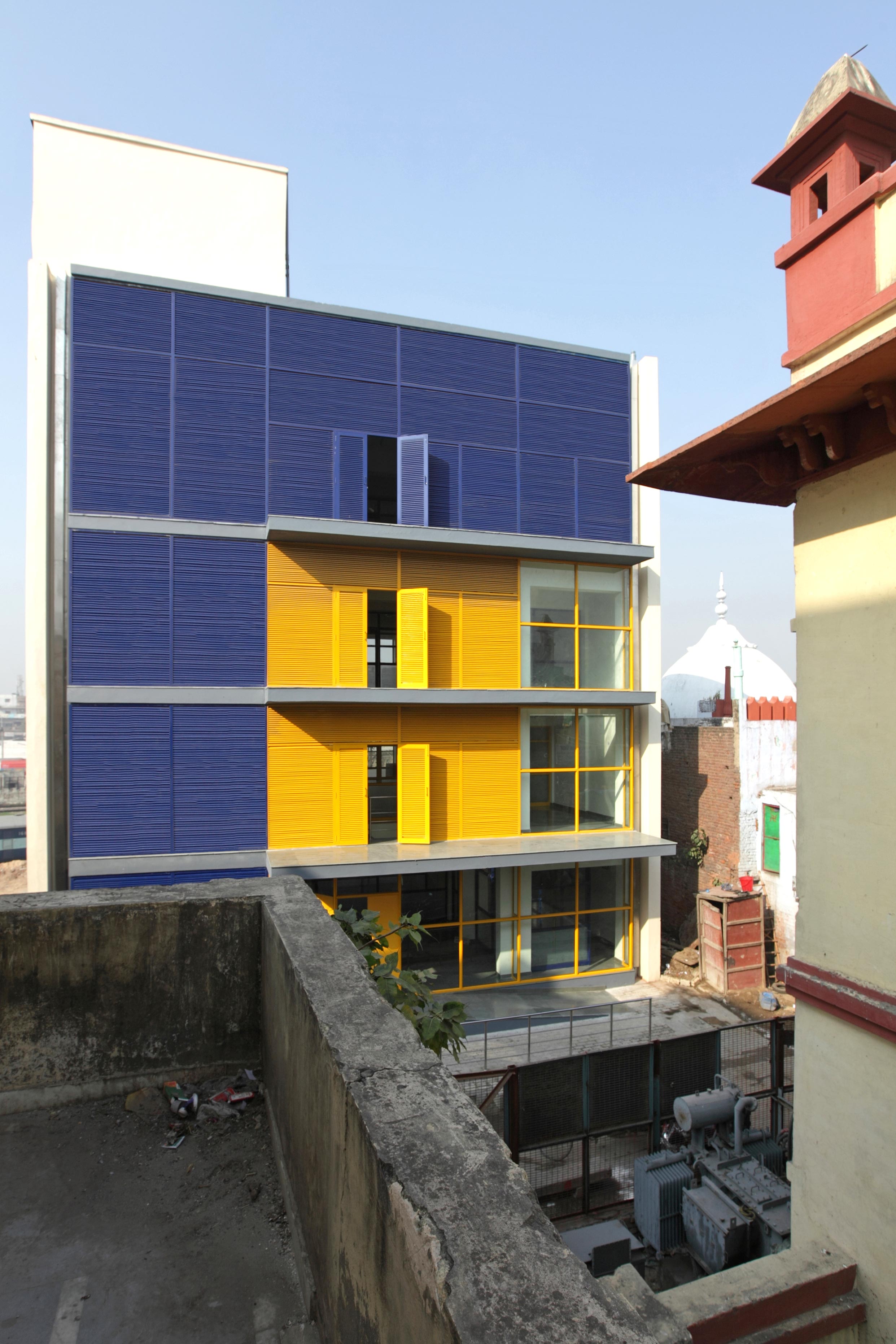 Subsequently the Planning Commission of Kerala asked them to submit proposals for housing the landless for whom the architects have designed a unique concept of ‘livelihood villages’ for the landless. Currently the search for suitable land is underway… Polyclinic for the poorest The poor in and around Lahori gate area are in very bad health due to drug addiction, physical incapability and social desertion. Some have critical diseases like H.I.V. and T.B. They are homeless because they simply cannot afford shelter. Barely managing to feed themselves, they pull rickshaws or engage in casual daily labour. Some are sex workers and others get by through begging. The Polyclinic will serve these poor people in the neighborhood who cannot afford to get medical treatment and check-ups. The Polyclinic will be a day care referral medical relief centre Project hurdles. 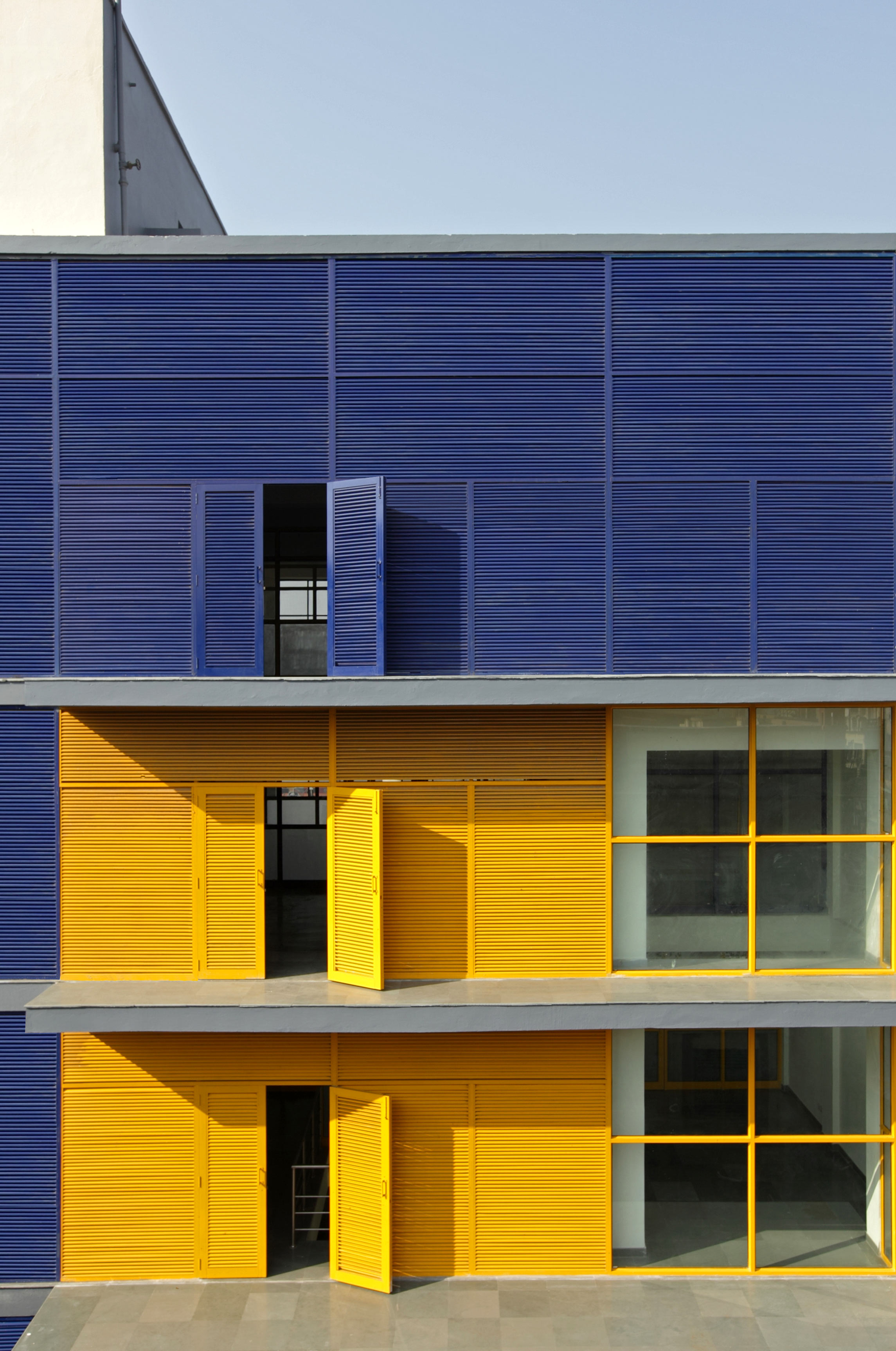 Completing the Polyclinic in this dense and crowded locality was not easy. The Polyclinic site had a dilapidated Chungi building that had provided shelter for the homeless and was a hub of drug related activities. Fully aware of these problems, the architects worked closely with the local community exposing those selves, at times, to the wrath of the drug addicts. The adjacent mosque authorities too were suspicious of the intentions of the project until it was explained to them that the polyclinic was for the very poor who lived in the area.

The location of the polyclinic abuts Railway land and their goodwill too was necessary for the success of the project. Description of the Polyclinic This simple elegant building is four floors high and is equipped with a hospital lift. A large area in the basement provides ample space for a modern pathological laboratory. The ground floor has the reception as well as the Out Patient Department cubicles for the day time doctors and consultants. Built in metal and glass, the new polyclinic stands out like a radiant intervention of contemporary architecture. Located adjacent to an old mosque, the polyclinic provides a fascinating contrast to the ancient buildings of old Delhi. The architects familiar with the slum conditions of that area as well as the dilapidated buildings in the surrounding streets, chose to revitalized this depressed urban fabric by creating a contemporary intervention in its midst which would serve the community. The contemporary architectural language of the building signals the direction for re-vitalizing the area. Their extensive experience of re-vitalizing depressing urban areas has been recognized by the United Nations and they have successfully designed and implemented city scale projects in the Balkans across over 300 cities.

The Polyclinic has four floors each of 200 sq meters where laboratories, reception, consultation rooms, day time wards, doctors and nurse stations are situated. The fully glazed front façade provides a transparent view into the building which invites the poor to enter within. Reception staff will be able to spot hesitant patients and encourage them to come within. Once they have been registered, the patients would proceed to the first floor for the treatment. This treatment area requires more privacy and has thus been shielded from view by colored aluminum louvers provide a visual shield but allow full fresh air ventilation.

A lift designed for carrying stretcher patients has also been installed for emergency treatment. The choice of primary colors that combine the yellow and blue louvered façade and brightly ventilated areas seem radical for this forgotten area of Delhi. Yet these combinations of colors announce the presence of a contemporary treatment centre for the poorest of the poor. Inside the building, the glass partitioned consulting rooms and the bright ventilated waiting spaces, have created a unique treatment environment for the poorest of patients. This is a treatment centre where the infected and addicted will get not only medical attention but also counseling. The entire project has been funded by a public charitable Trust established by the most significant contractor to build the Lutyens capitol complex of Delhi. This is their second donation to the citizens of Delhi specifically for the benefit of the poorest citizens. The first project too was designed by Romi Khosla and Martand Khosla and provided accommodation for poor relatives of the poorest patients who came to care for the patients admitted to the public hospital.

This facility was awarded the world Architecture Award in 2009. 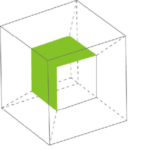