The cultural heritage of any country is seen best exposed in its architectural monuments. The ways in which the buildings are designed, constructed and decorated speak not only the technical and artistic capabilities of the craftsmen, but also of the aspirations and visions of the perceptors, for whom the construction is only a medium for thematic expression. From the single dwellings to the magnificent edifices, architecture also reflects the human endeavour meeting the ever changing social needs. Kerala abounds with many such architectural monuments-prehistoric megaliths, tombs, caves, temples, mosques, churches, theatres, houses, palaces and public buildings, built and renovated over centuries representing a panorama of architectural development. None of these structures is very big; the aesthetic appeal of these buildings mainly arise from the simplicity of form and functional perfection.

Below, this Photo Documentation showcases the diverse attributes of Kerala Architecture, which includes both Residential and Religious typologies.

Napier Museum is a landmark in the city with its unique ornamentation and architectural style with gothic roof andminarets. The Indo-Saracenic structure also boasts a natural air conditioning system.

The mosque was built by a rich Arab merchant, Nakhooda Mishkal, in the 14th century. It is named “Mishkal Mosque” after him. It is located in Kuttichira, a part of Thekkepuram region in Calicut.

In 1510, the mosque was partially burned in a Portuguese attack. The top floors of the mosque still display some of that damage. Mishkal Mosque originally had five stories. It was reconstructed after the fire in 1510 and now has four stories. Typical for similarly aged mosques in Malabar, it has no cupolas and minarets and heavily employs timber.

The variety of styles in the group of buildings which comprise the present palace complex reflects the socio-political background in which they developed. However, the inter-resting mixture of styles evident in the later buildings are dominated by the strong unifying characteristics of indigenous building practices lending cohesion to the whole complex.

An Arial view of the British Residency also known as the Government Guest House or Residency Bungalow. It is a two-storeyed palace situated at Asramam in the city of Kollam.It was built by Colonel John Munro between 1811–19. It is a noted Kollam landmark like the Chinnakada Clock Tower.

According to sources in the Kerala government’s Archaeology Department, Cheran Perumal, the most famous ruler of the Chera dynasty of the 8th century A.D., was said to have constructed the Eraniel palace and fort over an extent of around 3.5 acres of land.

The Old Parambarya Building, located near Ashtamudi lake, was once part of the British Residency, Kollam. Recently it got renovated to 8 point Art & Exhibition Cafe.

Hill Palace is the largest archaeological museum in Kerala, at Tripunithura, Kochi. It was the administrative office of Kochi Rajas. Built in 1865, the Palace complex consists of 49 buildings in the traditional architectural style, spreading across in 54 acres.

A tree house built by the tribals near to Munnar, Kerala.

Palakkad Fort also known as Tipu’s Fort is an old fort situated in the heart of Palakkad town of Kerala state. It was built by Haider Ali in 1766 ACE and remains one of the best preserved forts in Kerala.

Mishkal Mosque is a medieval mosque located in Calicut, Kerala. The mosque, one of the oldest in Malabar, is an important cultural, historical and architectural monument in Kerala.

“SYMMETRY” The Eraniel palace lost its importance after the Venad dynasty shifted its capital to Padmanabhapuram on completion of the Padmanabhapuram Palace around 1601. Two hundred years later, when Veluthampi Dalawa (Thalavai) was the chieftain of the Travancore kingdom during 1802-1809, it gained prominence again.

A tree house built by the tribals near to Munnar, Kerala.

A view of the West fort street from the first floor of Thanjavur Amma veedu.

The Eraniel palace, about 20 km from Nagercoil, is regarded as a treasure house of the Venad history but its present state is a pale shadow of its glorious past.

“Patterns” Details on a Heritage structure near to NSS Working Women’s hostel, East fort.

The front facade of a Traditional Tharavadu, Palakkad district, Kerala.

Padmatheertha Kulam, The sacred pond near to Padmanabhaswamy Temple, Trivandrum.

Puthen Malika palace most popularly known as Kuthira Malika (Mansion of Horses), is a palace built by Swathi Thirunal Rama Varma, on the south-eastern side of Padmanabhaswamy temple inThiruvananthapuram.

Even though no records exist of its exact date of origin, the initial structures within the Padmanabhapuram Palace are dated around 1400-1500. It grew incrementally over the years into its present form, developed by various rulers of the same dynasty.

This entirely wooden mosque is simply breathtaking to see especially from the other side of the tank. The big Kuttichira tank is attached to the mosque. The mosque has 47 doors, 24 carved pillars and a big prayer hall that can accommodate 400 people. Copulas and minarets seems to be absent because the mosque built like a temple. The prayer hall is well ventilated and there is a wooden mimbar with beautiful motifs.

The main entry to the palace complex is from the West, by a high door with a pitched roof structure abutting it, as found everywhere in vernacular architecture in Kerala. The first court is large and consists of an old mint and stables on its sides.

Napier Museum, the architectural masterpiece was designed by Robert Chisholm, the consulting Architect of the Madras Government and the construction was completed in 1880.

The Padmanabhapuram Palace Thuckalay, is one of the old palaces in Kerala, once the residence of the royal family of Travancore, is located in Southern India adjoining the State of Kerala, in a region with high realm, fall and a tropical climate.

East Fort or Kizhakke Kotta, as it is known in Malayalam, is today the heart of Thiruvananthapuram city. 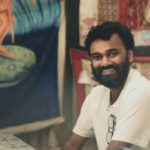