Mushtifund Saunstha is a not-for-profit educational institution founded in 1908 in Goa, India by locals aspiring to spread elementary education in the native Konkani/Marathi language as opposed to that in the Portuguese language in use then as a primary language of instruction as a direct consequence of the Portuguese rule in Goa. – Wikipedia 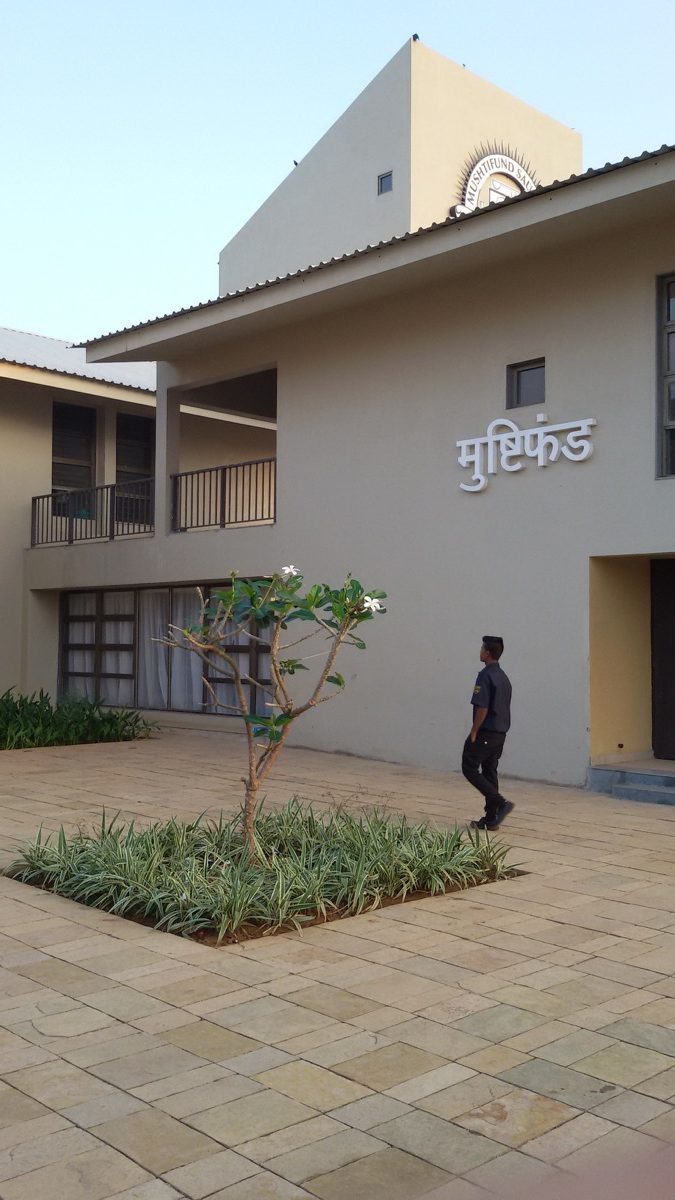 Set in the warm and humid climate of Goa, on a land having a steep slope at 1:4 and the scenic panoramic view of the Panjim City, the planning of School for the Mushtifund Saunstha (organisation), primarily required four issues to be dealt with:

The Site – How do the school be built on a sloping site without extensive cutting and filling?

The scale – Although the brief was to design for 3000 users, the key approach was to keep the low rise building, keeping in mind the users – The children at the tender age of 4 years.

The character of the building – The architecture of school must ensure the close proximity of Goan traditions and culture, keeping the essence of modernity.

Cost – Cost was an important consideration as a majority of funds were through bank loan and donations.

The process of designing began about six years ago, when the local government offered Mushtifund Saunstha a piece of land in Cujira, Bambolim, to build their own school. We were honoured to be appointed as architects for the same.

Benches are an important piece of furniture in any educational institute. And this school was designed around the bench as it would define the size and scale of the classrooms, and thus of the entire building. After several explorations and evaluations, we zeroed on to the ‘old fashioned’ benches which merged flawlessly with the modern amenities like smart boards, projectors, CCTV, LED Lights and PA Systems.

Each classroom was facilitated by full height windows, two large doors separated by a Jali for cross ventilation. The module of classroom repeated in X and Y directions around a courtyard, an important element keeping the local climate in mind. The courtyards ran across the campus respecting the contours of the site.

As discussed above, one of the key priorities was the scale of the building, keeping the age of the children in mind. Though the level of the courtyards changed as per the contours, the visual scale of the building remained same. The courtyards, in addition to supporting the flow of light and ventilation, also provided a central space to children to get together, play and run around, making the building more lively and energetic.

The courtyard in phase II accommodated a large basket ball court, surrounded by a collonaded arcade. It was visible from all sides and the level above, which was stilt area of phase I, resulting into a viewing gallery.

The space below the basket ball court, accommodated an auditorium for 1000 people, with stepped seating and indoor play area, abutted by a library equipped with the latest technologies.

The lowermost area of the school, which is an amphitheatre provided a scenic view of Panjim City and hills. The open air amphitheatre is used actively for discussions and performances like dance and theatre.

Design decision like the structural grid, exposed concrete ceilings, painting the walls with exterior paint and plaster, thus avoiding lambi or POP, industrial tiles for flooring and Shahbad stone for the courtyard, helped reduce and control the cost of the building.

The final phase, phase III of the building will provide its users, primarily children with 100 well equipped classrooms, an auditorium for 1000 people, high tech library, five laboratories, and indoor and outdoor recreation facilities including a cafeteria.

The Mushtifund Saunstha;s objective is to provide its children with an environment that will result in an all round development of students, to bring in the positive change in the society. And, as architects of the building, we have done our best to meet the objective of the Saunstha. 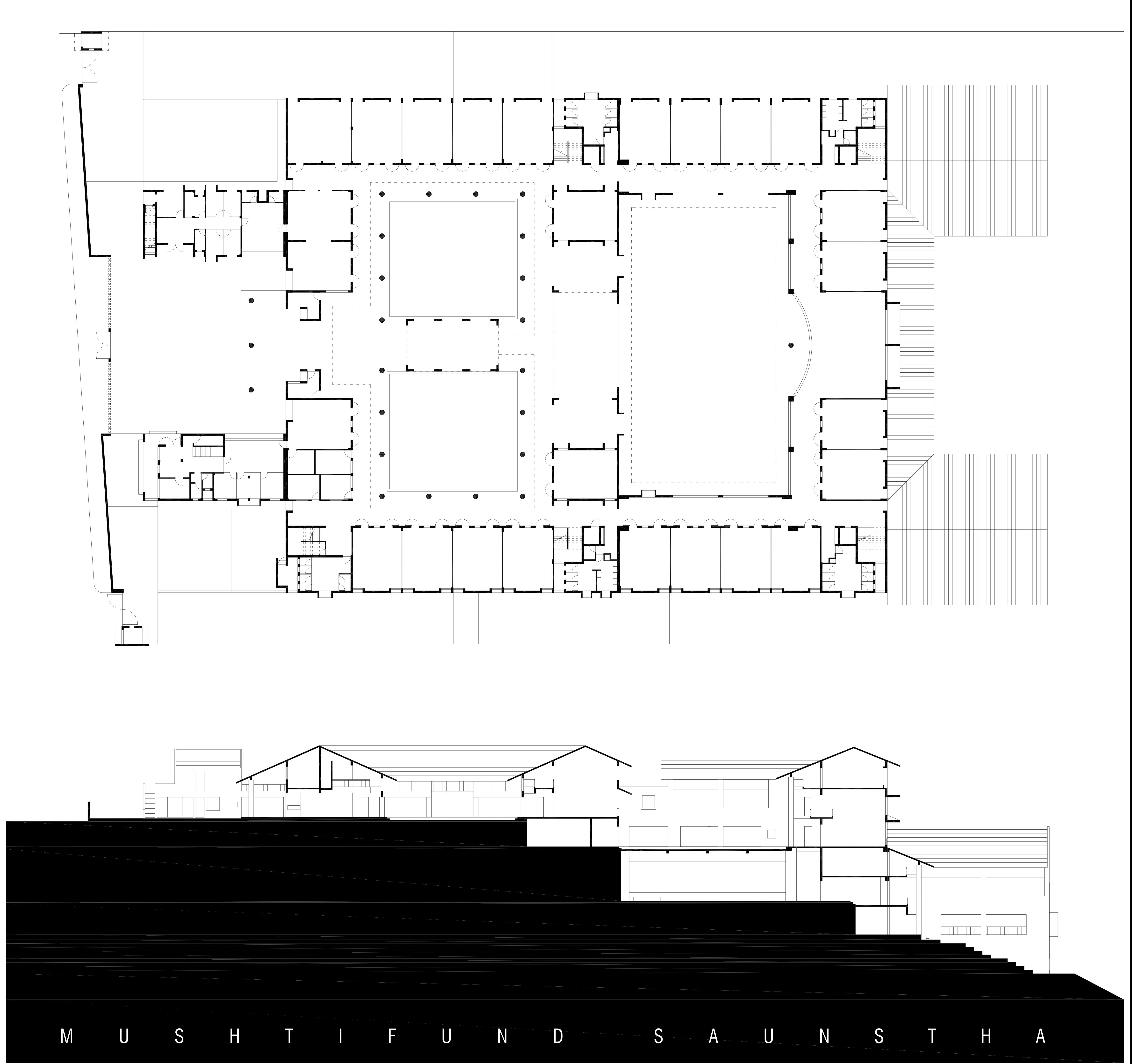 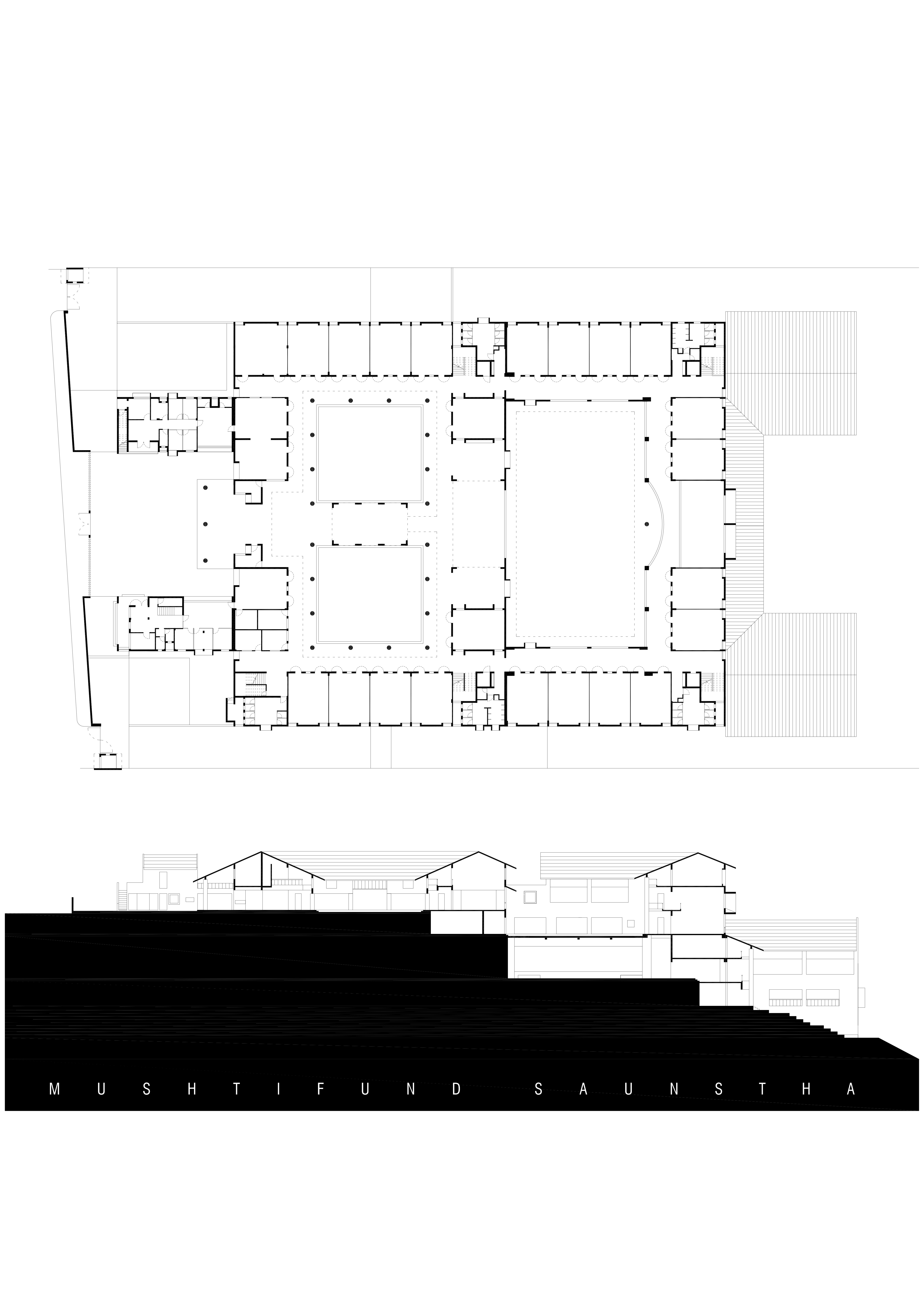 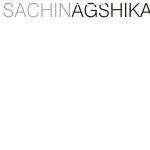 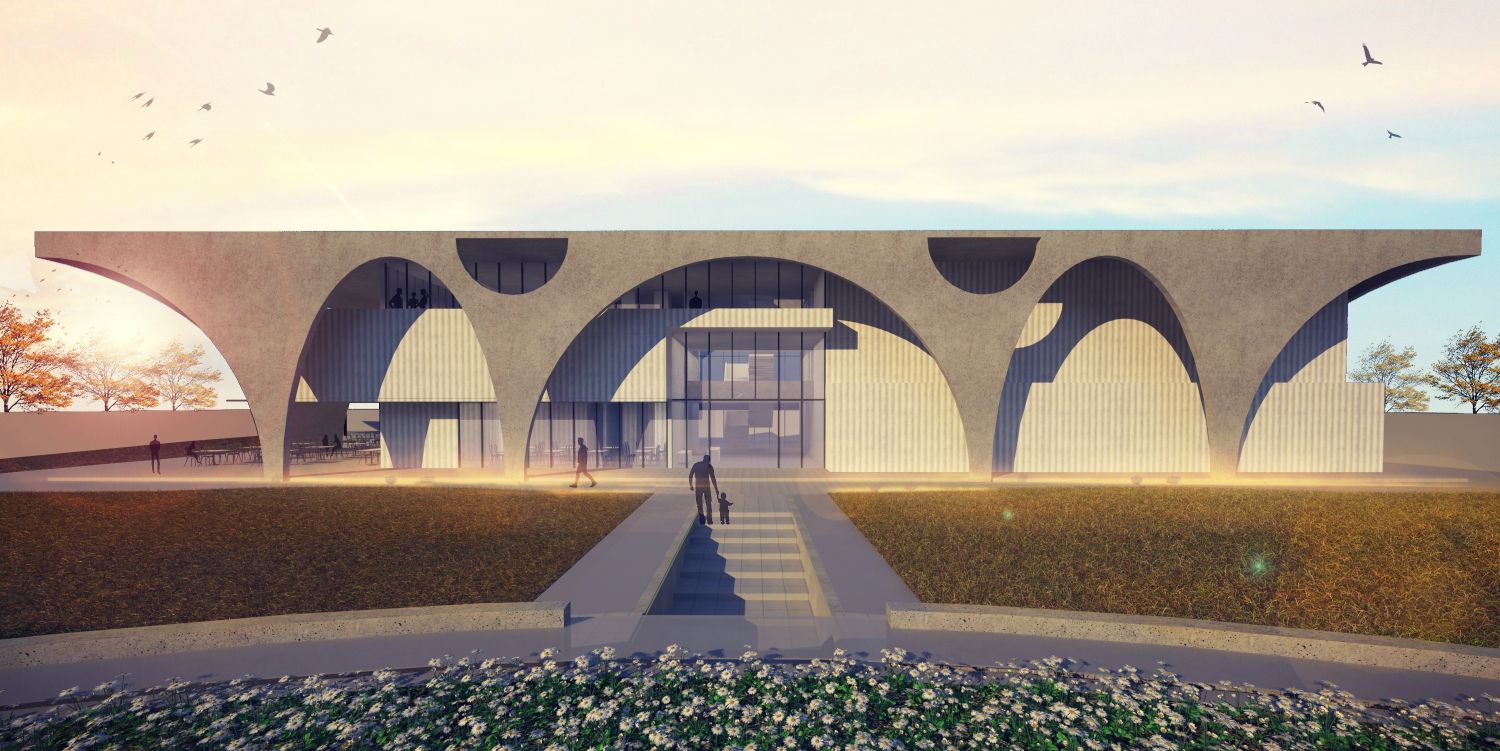 Given that the monument sits in a rural setting, its immediate surroundings are not particularly welcoming. In response, we have enclosed the site with a Gabion wall that provides privacy and guides visitors along a “discovery path” leading to the Memory Monument and the photo gallery all situated within a park-like setting. Crafted entirely out of fine metal, the Memory Monument is in the shape of a “kada” (famously worn as lucky charm by Dr. Vishnuvardhan) stands at a daunting height of 10 metres above the level of lower ground. 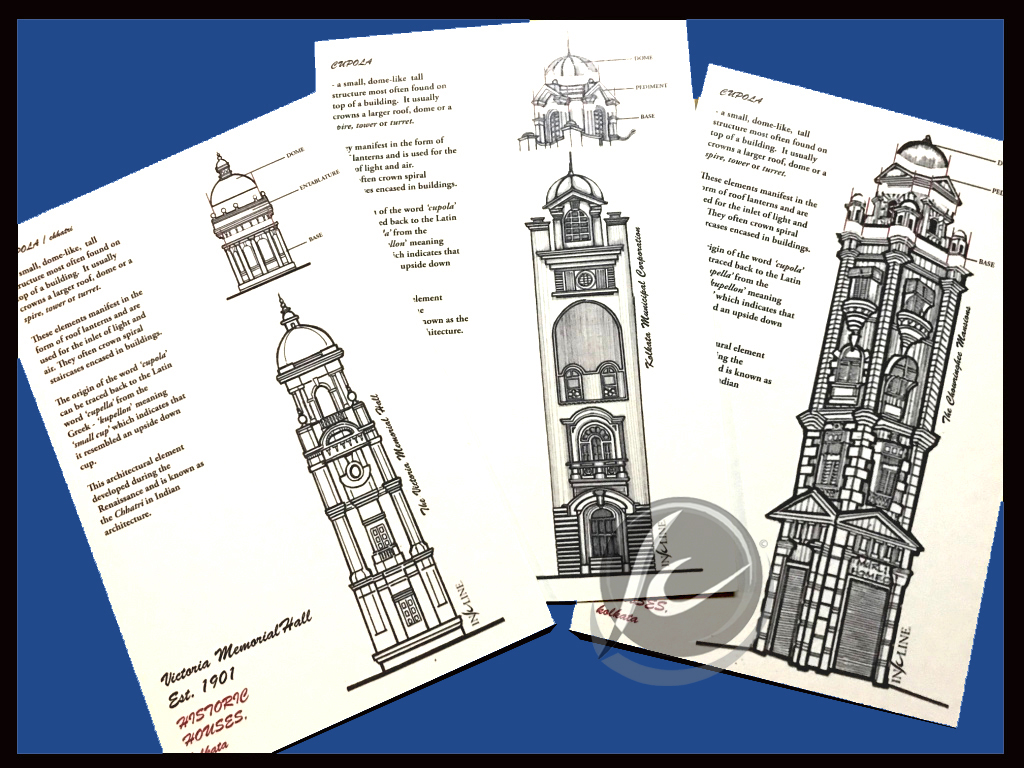 A set of 14 postcards known as Historic Houses packaged in a Rexine Envelope. They are prints of pen and ink artwork based on the colonial architecture of Kolkata city. Also, there is a little information about the buildings themselves on the back of each card. 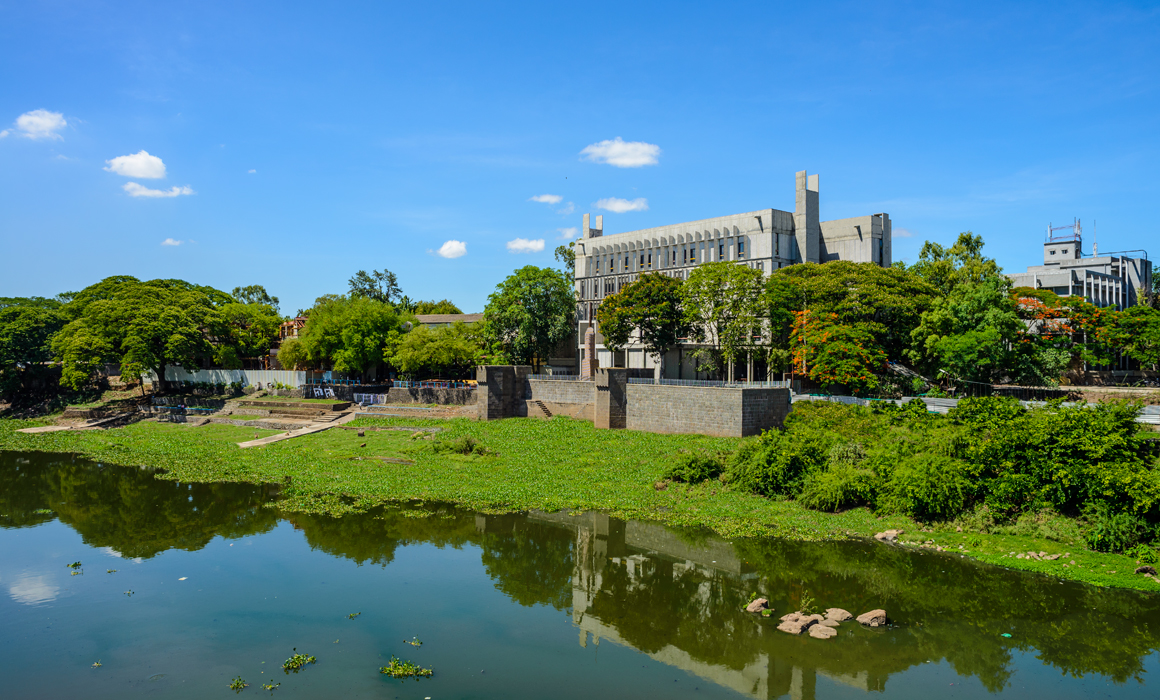