More on ‘Architecture – – Disconnected?’ from Hyderabad – Text by Anupriya Saraswat

Nothing fits the theme better than discussing the role and relevance of the architectural community in modern Indian society in the wake of the 70th Independence Day.

As part of the series ‘Architecture – Disconnected’, we talked to some eminent architects from Hyderabad about how they perceived the situation, gauging their responses against the prevalent trends of builder-led development in India, and an ostensible lack of ‘social conscience’ as previously described by Ar. Gautam Bhatia.

As SOURCE states – 90% of architecture in India is happening without architects. Whether it be the home grown vernacular style of habitat building in rural areas, or the extensively commercial real estate development drive undertake by builders in the sprawling metros – architects are excluded from contributing towards a large chunk of the country’s built environment. However, while the vernacular development is encouraged and endorsed by the community, the builder-led development – with its attendant issues of socio-economic exclusivity, inflated pricing, repetitive and modular designs, and no correlation with the context – is seen as the obvious adversary, hampering architectural growth and proliferation all over the country.

But this isn’t the only hurdle in the way – on being asked about his views on the matter, Nanda Kumar talks about how the convoluted state of public policy and bureaucratic interference in the country further hampers creative expression and the autonomy of the architect. “Development of Public Spaces generally lies in the realm of the government, but it gets side-tracked by PWD formalities and regulations etc…The way the government works – there are various layers of bureaucracy where the creative process gets tangled… There needs to be a consistent push from somebody. Whenever the bureaucracy has opened up, they’ve done stuff which is nice – for example, the Delhi Haat. The [bureaucratic encouragement] made that happen.”

It’s a notion that has been reiterated by several architects – that architecture in India needs a boost in the public sphere, as opposed to micromanagement of the pockets of built environment which fall under private ownership. As Ar. Shankar Narayan puts it, “That is where India lives really – you come on to the street or the road or the public place or the maidan – most of India lives there and that is where architectural influence is lacking.”

Of course, the veneration of the profession falls equally under scrutiny. The influence of the architect, owing to lack of political clout and general awareness, has diminished. Commenting upon the design proposal for the Amravati Capitol Complex, Ar. Nanda Kumar says, “yes, architects are painted as heroic. And it’s not just in colleges – even books mention architects as this very noble character; you create a legend…But that level of reverence is gone. See, it is subjective, at the end of the day – a lot of people might not like the proposal – but the architect did win the competition, and you’re not letting him execute his design. Compare the two situations – when Corbusier did a new city, and when Maki won the competition – and see the difference there.” This lack of public and political representation of the architectural community translates to us being trapped in a virtual bubble, with the new crop of architects unable to establish their role as active stakeholders in the society.

Speaking of the newly minted architects – coupled with the fact that the Council of Architecture forbids advertising of architecture services, entrepreneurship skills are almost invariably pushed to the back-burner, with negligent emphasis upon it in the curriculum. As Samarendra Ramachandra comments, “Indian architectural education is lacking many things, entrepreneurship being one of them. Entrepreneur goes beyond starting up your own firm. I think the spirit of entrepreneurship is what should be driven into students – manifested as the spirit of ownership. It’s not about starting your own firm, but about taking complete responsibility to play the role that you are supposed to fulfil. That’s what leadership is about.”

A great example of how this spirit of entrepreneurship comes into play is reflected in an emerging professional pattern – the issue of public disconnect has been addressed by several architects through running their firms on business models that focus on comprehensive development, hence gaining complete creative autonomy as a realty developer, eliminating builders from the picture. This model works for several reasons – it makes architectural services less intellectually obscure to the client, as well as more economically accessible. It further allows the architect to take more creative liberties with the design, involves the client directly in the design process, and hence contributes to the urban fabric in a positive manner.

Talking about the quality of the modern urban built fabric, Ar. Narayan succinctly puts it “(referring to how modern buildings appear dissimilar in the urban fabric) But that is the nature of architecture. And that is what makes a city. This dissimilarity reflects the individuality of architecture. It is a democratic approach, how an architect builds for his client. If its public infrastructure, I can see the need for visual coherence, but in individual buildings…it all depends on the individual architect, and even more on the client. Architecture is not art that I can practice on my own – I have to have a client, and the client’s feelings and demands have to be accommodated. But yes, as an architect I can tell the client about better options, and generally when you talk to a reasonable client, they’ll accept and agree with your proposals.” Post-modern Indian architecture has frequently come under fire for this ostensible democracy, but on a fundamental level, this democracy is the fuel to the fire of architectural innovation. Setting aside blatant aping from western models and non-contextual designing methods, the democratic process of designing leads to an amalgamated urban scape, that eschews the traditional idea of visual cohesiveness and opts instead for a bright, whimsical image of the city, a perfect reflection of the time we are living in.

However, in the same vein, Ar. Sudhir Reddy also calls for regularization for urban aesthetics so as to curb the damage done by irresponsible designing to the social sphere, “Experts should play a role at a much larger scale…In the metros if you strip off the public spaces, there isn’t much difference in terms of the quality or design and construction of private buildings in various cities, and the overall environment can vastly improve on developing the public spaces. There should be certain broad guidelines upon which people can operate. Suppose, a new development is coming up – the whole trend of hiring contractors, that’s still fine, because I think people are capable (when they build homes) enough to make good decisions – but if there is a guideline around which they operate, it’d be better. Like planning byelaws, but on an informal level. At the moment, the government does not take public space making very seriously. Even with essential elements like pavements – there are transformers placed on it making them unusable. Pavements aren’t meant to hold services. I think the quality of public spaces is what makes a very big difference.” A similar model is already in practice in Delhi, under the wing of the DUAC, and has led to the creation of impressive visual vistas such as the Ring Road circuit at AIIMS crossing. A similar set of guidelines in the upcoming metros would ensure that the abundant creative energy is harnessed to create visually cohesive yet vibrant urbanscapes, a measure that would doubtless help the people connect to their public spaces, and by extension, to architecture as a tool and service which aids their development.

The issue remains – what are we, as a fraternity, doing to ensure that we remain relevant in the modern society? How do we balance our instinct for self-expression with the spirit for altruism? As discussed previously on this portal, the architectural community needs to cultivate a social conscience, and align personal interests with a broader, altruistic worldview. As in a true democracy, our right to creative freedom comes with social and fiscal responsibilities, and how we interpret and enact those will decide the fate of the profession for the generations to come. 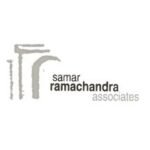