House in Assagao, Goa, by Field Atelier ~ Although the house is designed to accommodate utilitarian function, the spaces are not bound by it. The two courtyards in the living room tell the time of the day and the season of the year. The house does not seek to keep the rain away but gently lets it in. 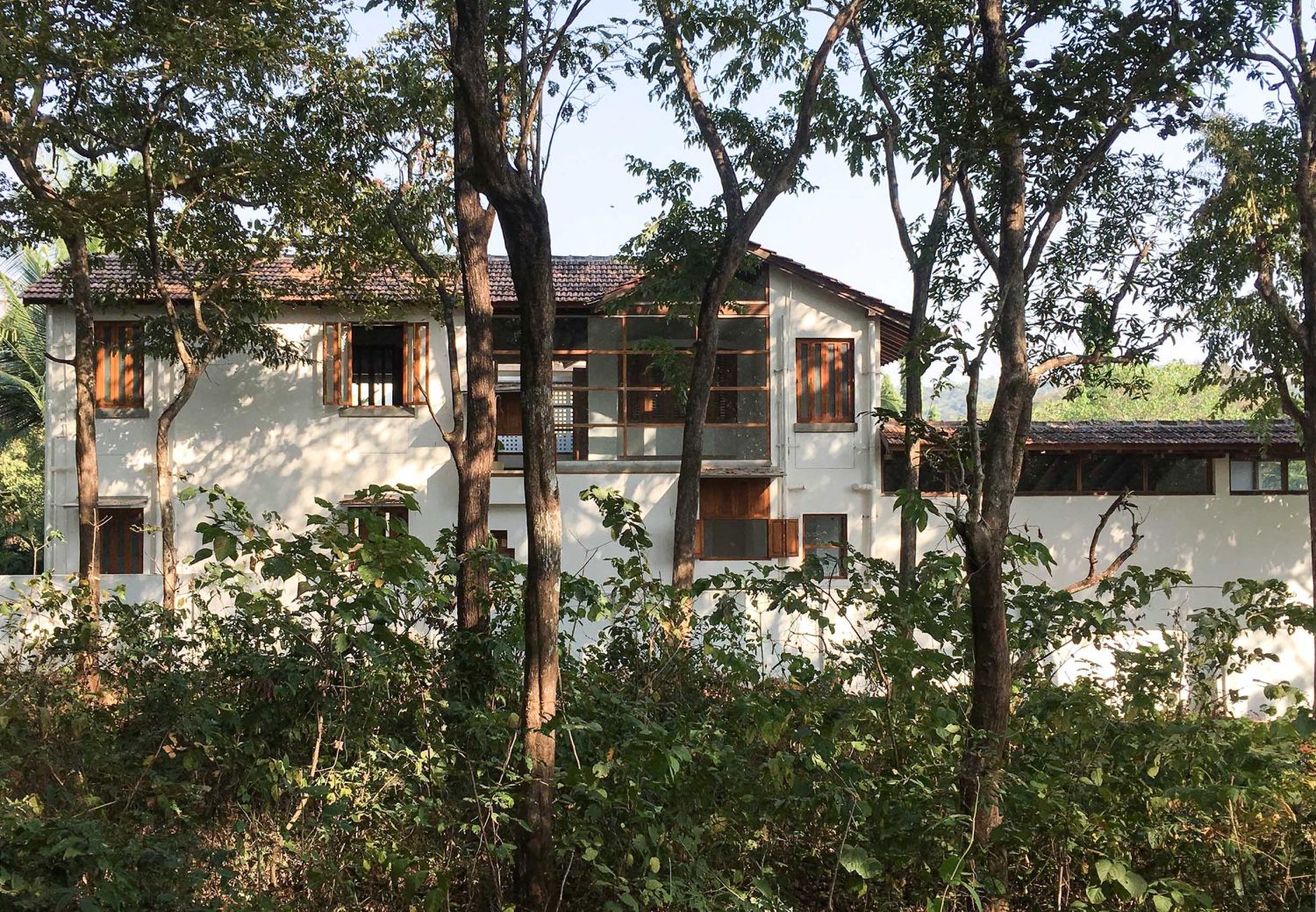 The gesture of designing or non-designing was to eliminate the presence of an author. Although the house is designed to accommodate utilitarian function, the spaces are not bound by it. The two courtyards in the living room tell the time of the day and the season of the year. The house does not seek to keep the rain away but gently lets it in.

The house is located in Assagao, a small and serene village in the North of Goa, built on a narrow plot of land, 12.5mtr in width, is flanked by a house on one side and a busy village road in front. The house is designed to be more inward looking and has its own atmosphere responding to nature by means of open to sky courtyards. The site slope of 2mts is traversed very gradually through the house. Side facing the road is only a ground structure and the rear part of the house is on two levels, allowing uncluttered views of the village from the first-floor bedrooms. Being a low structure in the front, it responds to the overall scale of the village. Planning incorporates courtyards in order to provide extra spill over the area for all usable spaces, providing relief from constraints of the site. All floor surfaces of the common areas are finished with IPS in a beige hue thereby giving the entire house a warm glow.

The house is designed on a simple principle of creating a homogeneity in its space, articulation and finish.

The spaces try to carefully maintain a balance between privacy of its inhabitants & the need to be sociable.

The main principal behind the design of the house, was to build the house with materials appropriate to create a feeling of serenity and beauty.

Finishes such as beige hued IPS , timber for the roof and windows, white walls , un plastered grey ceiling, all come together to create a feeling of a whole. The emphasis is not on the form, it is envisaged externally, as a robust, well-proportioned structure that provides refuge to the inhabitants, however on the inside it opens up a part of the sky to them, an atmosphere of one’s own. A free un-walled plan, where in columns demarcate the spaces. Virtue of which the space is free flowing, with abundance of light and breeze.

The softened light entering from the open to sky courtyards, washes the beige hued floor and fills the space with warmth and as the time of the day and seasons change, it transforms the space.

In the bedrooms, the dark stone floor and dark wooden ceiling changes the quality of light and creates a feeling of intimacy. The movable louvered shutters as well as four paneled shutters allows the user to modulate the light.

The house has an open plan, and courtyards are arranged around each space.  One enters to a beautiful view of the frangipani in the courtyard and the axis visually directs the eye towards the rear garden beyond.

The living room opens onto the larger open to sky courtyard on one side and the smaller courtyard to the right fills the space with softened light. The wall behind the sofa in the living room, gives a bearing and a sense of security to the space. The courtyard being one step lower, is finished with hand cut lime stone, so that the living room can spill over and one can use the space freely. The dining and kitchen are undivided spaces, the dining space is 18” above the courtyard, so one can comfortably sit on the edge of the courtyard.

The staircase is a homogenous mass of beige IPS, designed around the third internal courtyard. The large glass window floods the staircase with western light, the light and shadow constantly transform the staircase through out the day.

Upper bedrooms are connected with a lobby that further extends into a small private terrace, screened from the neighbor with a cement jali, allowing quiet discussions under the sky.

The open to sky courtyard, verandahs and small terraces, are the lungs and the core of the house. They provide the spaces with light, breeze, to spill over, but most importantly, a space to dream under a vast sky of ones own.

The house is primordial in its nature.

The whole emphasis of the design of the house is not on the elements that make it, but on the ‘feeling’ that a space evokes.

An opening to the sky has an uncluttered view of the sky or the cosmos beyond unlike the horizon, which could possibly be blocked someday. A courtyard is an opening to the sky proportioned to be intimate & of human scale. To think of it, the world outside a house is an entire universe.  But one tries to domesticate the sky, the cosmos, the rain, the sun and the moon. 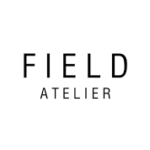 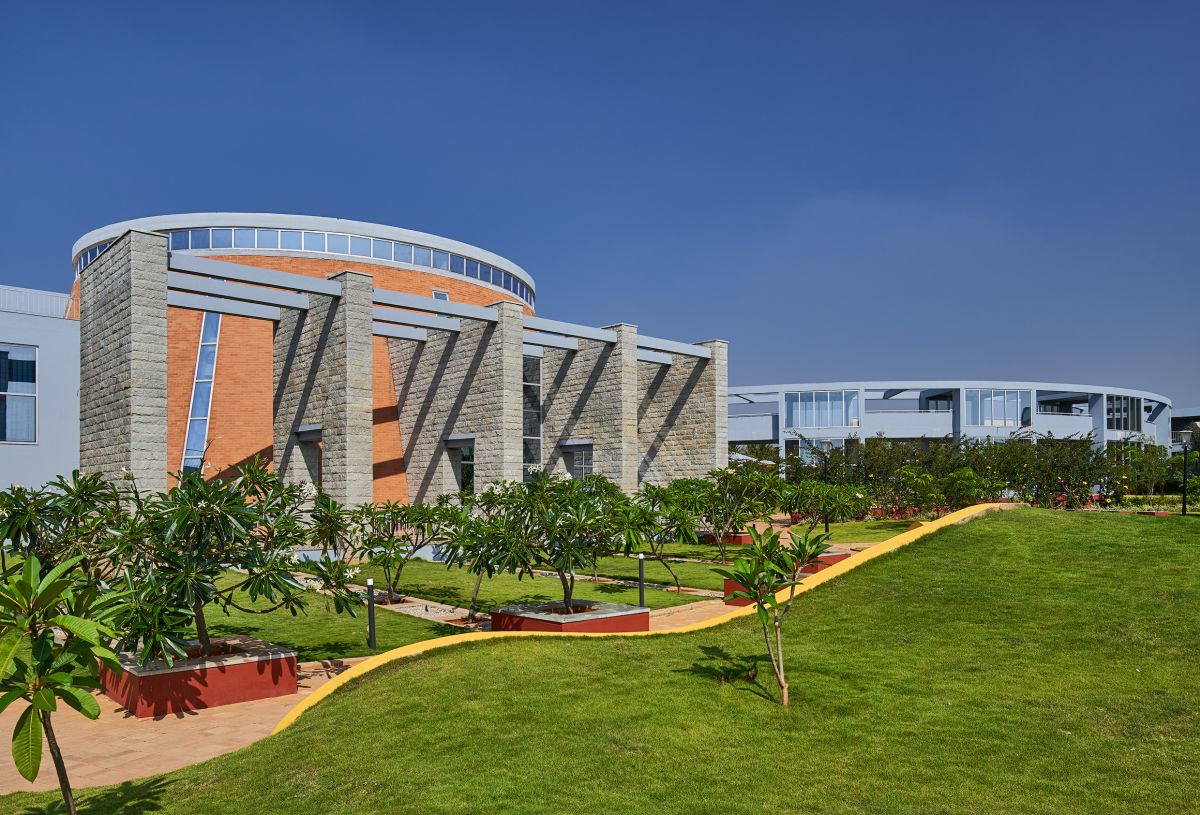 Planned as an international science hub that would transform scientific research and education in India, the design of the TIFR-ICTS campus reveals an innate understanding of a high-tech institution in how it accommodates large open grounds for collaboration while providing spaces that foster focused scientific studies. – Venkataramanan Associates 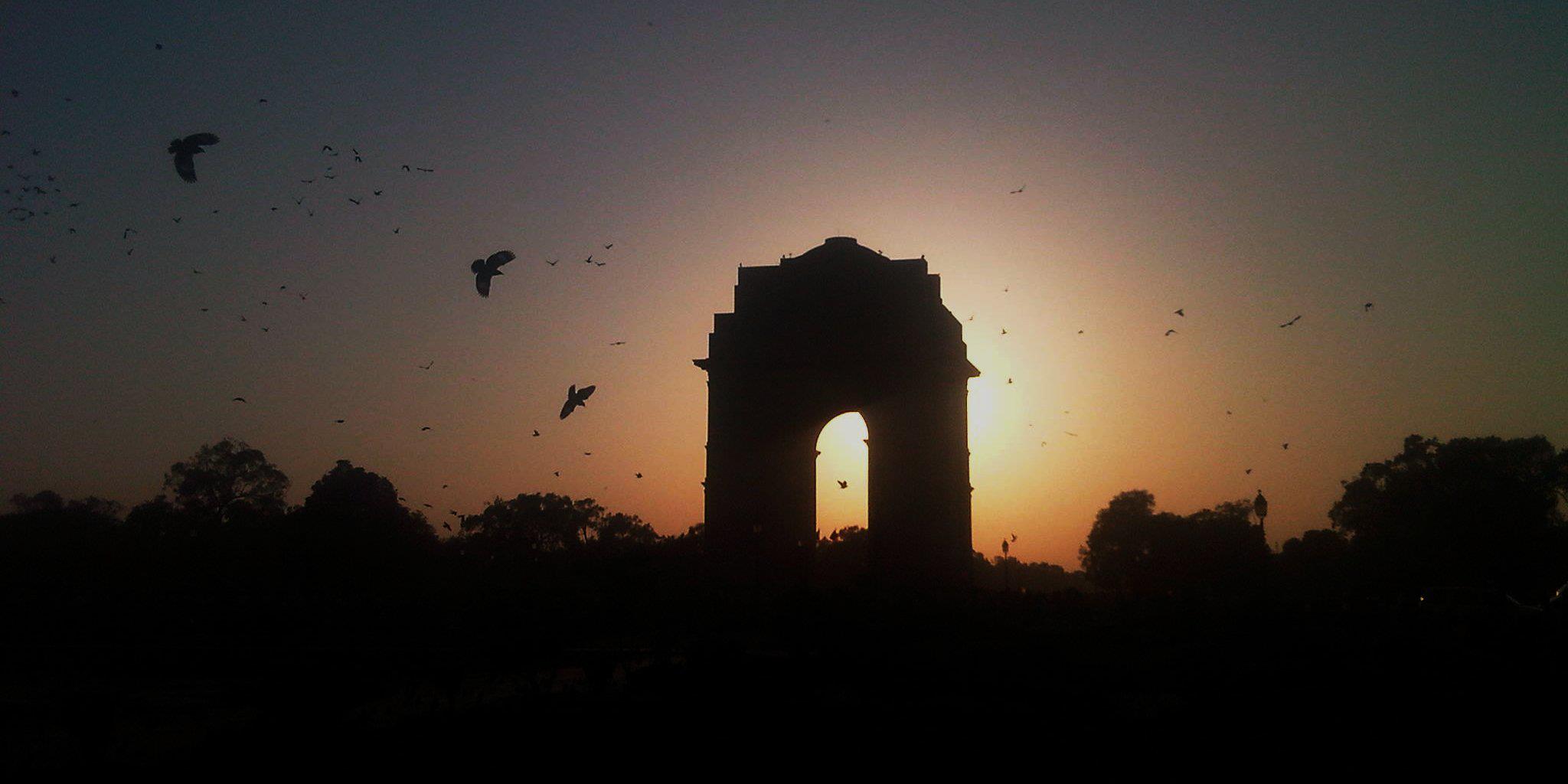 We wish all Indians a happy 65th Republic Day. Picture above is of National Monument of India, India Gate. Situated at New Delhi, designed by 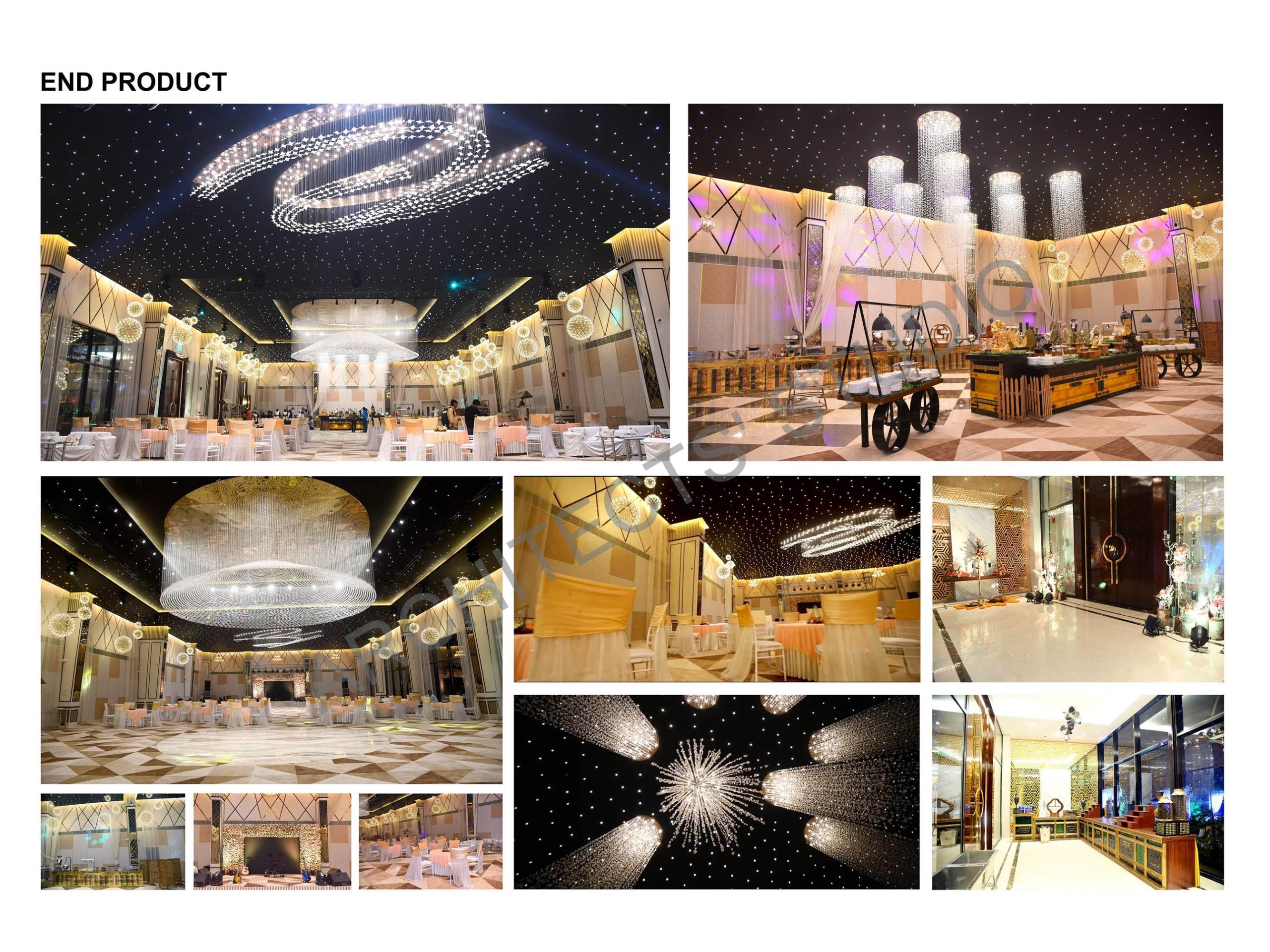 The concept is inspired from Universe where ceiling has been worked out to imitate constellations and galaxies. The range of material tone are articulated in interior as subtle floor to ceiling transition between reflective checker tiles, beige wallpaper and cushioned walls. The key idea is to create space complimenting the weather and surroundings by exploring volumes and creating sequential progression of experience using lawn, lobby and hall. The whole idea about Universe concept is to create something like that it seems like there is no ceiling and you are standing into the universe and enjoy the ambience with full of spiritedness. – Architects Studio