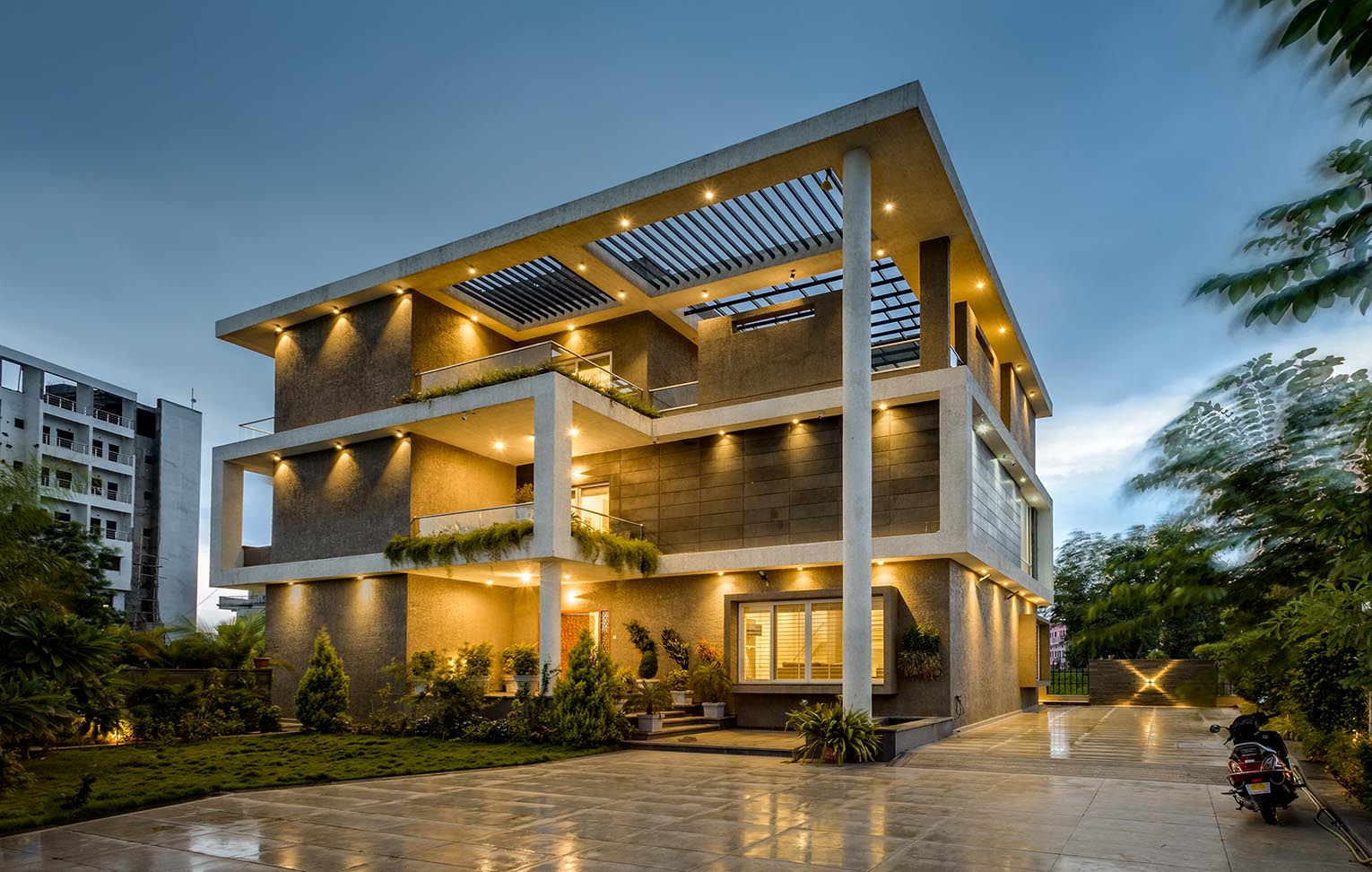 The Hambarde House at Nanded, by 4th Axis Design Studio

Nanded, a rapidly growing city from Maharashtra, is the second largest city of the Marathwada Sub division. Apart from it being a market town for surrounding regions, and hosting various industries.

Climate in Nanded is mostly tropical with the average temperature of 27.2 °C . Winters here witness much less rainfall than summer.

Client, Mr. Hambarde is an active politician from the Marathwada region in Maharashtra state, who needed a home for his family which does not only provides a comfortable living that respects the local climate and culture, but also makes a bold statement of achievements that the client has made as an active politician.

Located in the outskirts of the city of Nanded, 6500.00 Sq. ft of east facing plot, had an access from 18 Meter wide road. Thus the orientation of the building and the spaces needed adequate privacy in addition to the visual connection to the outside. As the site faces hot summers every year, it was necessary that planning called for appropriate measures to cool down the interiors of the house.

It was important for the client, who was coming from the political background to ensure that his residence was also accessible to people from and around Nanded City. At the same time, adequate privacy was crucial for him and his family.

The architect was trusted with a responsibility to create indoor and outdoor spaces that merged into each other seamlessly but indicated the functions clearly. The building had to respond to the local climate and context, allowing maximum day light and reducing the heat inside.

The ground floor was accessible from the east side, 18 Meter wide road. The ground floor hosted public, private and semi private spaces for family, guests and also public. In addition to the large living room, the outside lawns are not only used for family gatherings, but also, guest meetings during summers.

The interior spaces reflected the glory and social status of the client. The double height-ed living room, did not only provide a monumental scale to the house, but also allowed adequate flow of light and wind within. The over looking and interlocking spaces visually connected the floors making the building more visually accessible from inside.

Ground floor also hosted a pantry and a guest bedroom in addition to living room. To ensure maximum and efficient flow of natural light and ventilation, the courtyard was introduced on the ground floor. The court yard also provided visual connection from all floors reducing the overwhelming volume inside.

Upper floors of the house incorporated over looking spaces that helped control the mass and volume of the house on the outside. The dedicated terrace on the second floor, that was was used by the family for get-together, parties and recreational activities. As the Gymnasium was positioned near the terrace on the second floor, the floor mostly became a private area for the family of the Politician, which helped them cut off from the daily stress.

The facade plays an important role in any building and this being the house for the politician, it was necessary that it made a suitable statement about the contribution that the client had made to the city of Nanded.

The choice of black leather finished granite on the facade did not only help control the volume but also provided a subtle covering outside.

Overall, the bunglow for Mr Hambarde makes a statement about it being an important and inseparable part of the public and the city. 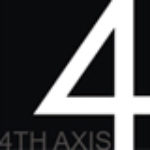