Democratising Architecture: Part I: Why are architects afraid to take up socio-political space? – Bhawna Jaimini

Bhawna Jaimini on Democratizing Architecture: We architect tend to prefer our own individual bubbles where all of us are already heroes of our story with sleep being the only sacrifice expected from us. Any kind of socio-political awakening is avoided at any cost.

Bhawna Jaimini in her fortnightly column titled ‘Democratising Architecture’ will discuss socio-economic sphere of architecture, how we architects talk about architecture and removing the elitism attached to the profession.

In 2010, during my second year of college, a student’s strike broke out in the campus against the administration. The students came out in full force to protest against the crumbling state of infrastructure, which had not been upgraded for more than two decades. Senior student leaders disrupted lectures and appealed for everyone to gather in front of Vice Chancellor’s office. We ‘the-cool-architecture-students’ were working in studio on a design submission which was due later that day. Suddenly the tension from the room dissipated, and everyone began to leave the studio to participate in the strike.

However, before we could vacate the studio, a junior professor arrived and gave an impassionate speech about how wasting our time in student politics will have negative impact on our semester. “Those students are just goons disrupting peace for nothing, while you are here to change the world.” Needless to say, we didn’t move out of the studio and continued to change the world with our submission (in every sense of the word). Later in the day when we met the protesting students, they didn’t question us. Nobody expected us to be there in the first place.

Last month, on occasion of Gandhi Jayanti, I attended an event organized to spread the message of peace and harmony. A number of artists gathered to perform and talk about the growing intolerance in India by every passing day. The cohort of artists included actors, singers, dancers and painters but no architects. Unless you are living in a cave where Jio connection has not managed to woo you, it is difficult to ignore the intolerance in our country. All the voices of dissent are being systematically crushed through various means including violence. A number of people from all professions have spoken against this growing intolerance, however, I could not find any architects in the gathering. The architects were definitely busy somewhere changing the world through their great design ideas.

We architect tend to prefer our own individual bubbles where all of us are already heroes of our story with sleep being the only sacrifice expected from us. Any kind of socio-political awakening is avoided at any cost. A simple google search ‘Architects turned Politicians in India’ reveals the reluctance of our community. Piloo Mody who was a Rajya Sabha member from 1978 to 1983, and Satyendra Jain, a AAP member and cabinet member of the Delhi government presently, are the only two names that come up. We can argue that we don’t need to become politicians to change things, and it is true that we don’t, but socio-political beliefs are beyond any party. We form a society and whether we like it or not, we do not exist in an Ayn Rand world. The so called ‘apolitical stand’ is a bane from our architectural education where we are taught to believe that we alone as individuals can change the world. A sense of narcissism seeps into all of us, even before we have built anything in real space-time. Buildings are always looked and studied as an architect’s lone creation, brought to life in reality from paper only through his/her (mostly his) genius. Everything around fades into oblivion and its only the master and his creation.

Romanticizing architecture, coupled with narcissism of the architectural community has alienated all of us from the public realm. Mohan Rao, architect and planner from Bangalore elucidates this further, “Only architects give awards to other architects. Have you ever seen even a Rotary Club giving recognizing an architect’s work? Nobody cares about us because we don’t care about anyone else.” I wondered why none of the architects returned their awards in protest against intolerance and the reason we don’t have any, to begin with. At least the awards that matter, not the one we receive at multiple conferences that are organized to massage the collective ego of our community if there is a ‘community’ to begin with.

On 23rd April this year, the Hall of Nations at Pragati Maidan was demolished. I remember signing the petition on Change.org to stop the demolition which could not even gather 4500 supporters where l each of us just had to click a button. There were a few articles here and there, and a whole lot of us had heated discussions in our air-conditioned offices and drawing rooms, but simply put, it was not enough. Our inability to save and conserve a building we celebrated as India’s post-independence architectural heritage was a result of maintaining an apolitical stance. We don’t know how to organize ourselves and engage with state affairs or with the common people. Shardul Patil, an architect from Mumbai and co-founder of Design Jatra, a community based design studio, is one of the few architects transcending the apolitical boundary of architecture practice in the country,

It is not surprising that Architects shy away from being part of socially and politically conscious spaces. Our studios in colleges where we spend most of our time are isolated spaces where drawings and models matter the most. No one expects us to have views outside the drawing board. We need to break out of this creative isolation we think makes us geniuses. It just makes us a tool only designed for the elite.

As professionals, our job is to design and build. Most often than usual, the patronage to design and build comes from powerful forces like the government and corporate houses. These very forces are the one who who are accused to exploiting their power position for their own good. Rallying against them lands us at the risk of losing projects. We also run offices where other people depend on us for their livelihoods. What do we do then? Do we suppress our conscience or do we sabotage our carefully cultivated practice? It is not an easy call, and most often than not, we will falter and make wrong choices. However, right now, I want to ask if we are even acknowledging our conscience?

I leave you with Martin Niemöller’s words that we should keep going back to, both as a community and as individuals. 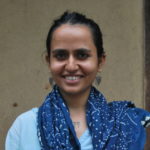