The Concept// Ideology//Thought – THE DANCING LOUVRES

Building an Architectural Language- Statement of Purpose and Defining acts of Correspondence. 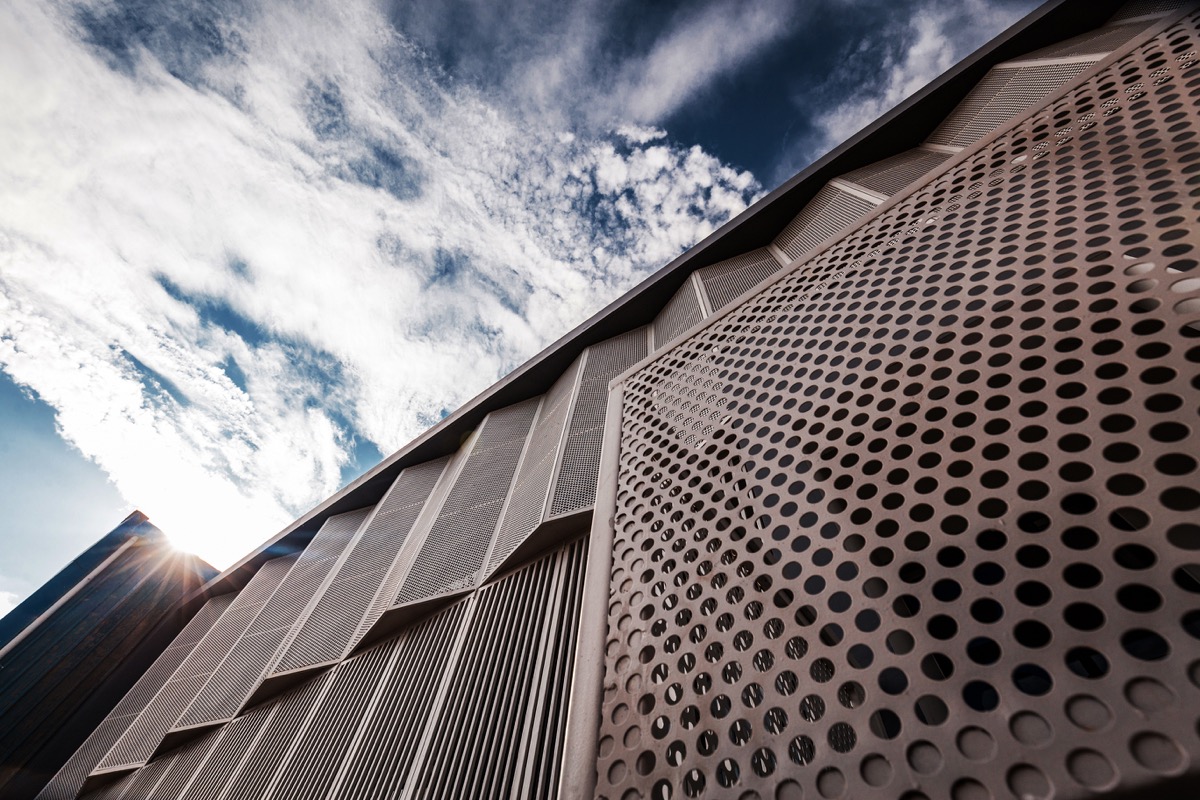 Architecture occurs at the meeting of the interior and exterior forces of use and space, where experimentation with material and form occupies an important space . The generation of form cannot be understood only at the level of the built object ,but at the level of the process adopted and preferred, the residue of what we know as process, as a struggle between the vision and the built.

Many types of spaces- as scale, as color , as proportion- are designed within these industrial complexes , allowing for many chance encounters and activities to emerge. Internally a building is a separate story , but from outside , a statement of purpose – an orientation of form and space within its setting. A manipulation of scale across spaces brings a sense of collage ,maybe an accidental collage , which is then contained within the wrapped skin-form to command a presence and existence within its context.

Robert Venturi points out in his written material , Complexity and Contradiction in Architecture – Since the inside is different from the outside, the wall/ louvres become the point of change and hence felicitates an architectural event in its own.

The Dancing Louvres is concentrated within a skin-form, the surfaces define the built volumes through louvres and punctures and develop an architectural image / an idea that fuels a series of formal articulations and discussions within the form, through the form and from the form.

The vertical fin louvred elements also act as a solar shading device particularly with the sun angle facing the facade throughout the day and creates a beautiful soulful play of light patterns through the shadow during the day. The embroidered surface creates a peripheral void that,in addition to bringing in light, also creates a space for ventilation and smoking zone for the office staff. With the ingenious incision of light into the inside of the building showcases the clever use of re-architecting this adaptive re-use of a dilapidated warehouse in the industrial area of Manesar.

//New Architecture in Dialogue with the old – An Adaptive Re-use.

The Transformation of an abandoned warehouse into a aero-component design studio and admin office becomes a meticulously surgical act of inserting technically expressive, delicate and lightweight implants play of steel and concrete. The camouflage of the old and new re-creates a path of adaptive reuse , retaining the sheds and their structural system and only architecturally strengthening parts that were worn out or to accommodate the new. The idea is to make both the parts- the old and new play their honest roles to create an architectural craft out of the mundane industrial sheds. The challenge with adaptive reuse is to keep history alive while evolving a today that is contemporary , comfortable and poetic.

A little, perhaps , needs to be done to breathe life back into buildings that have outlived or no longer serve the purpose they were built for in the first place. They may have served their function well. Or may not have. Buildings built for industry are subject to trials often. Rapid advancements in technology bring in obsolescence quickly. Spaces designed for specific equipments or machinery may no longer be conducive to these changes and hence the interesting exercise of “re-engineering” these buildings to adapt to new programmes is the concept behind The Dancing Louvres.

Cut into the Industrial Warehouse// Industry , the new programme consists of essentially two large spatial entities – an office space (spread over two floors) and a working design industry (spread on the ground floor) .

With the Office space catering to the working force at two different levels (zone a and b) , the ideology of recreating a logo based interior space ideology works well in architecturally introducing a brand at the international market level with the hues of blues,greys,whites blending in well to create a smooth , sleek and clean space identity within. The interiors posses a very non-industrial appeal and profess a different philosophy to what one sees outside. The interweaving of different natures of space frameworks ,sets up a very interesting architectural dialogue for the visitors. 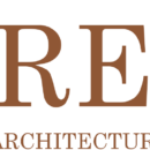 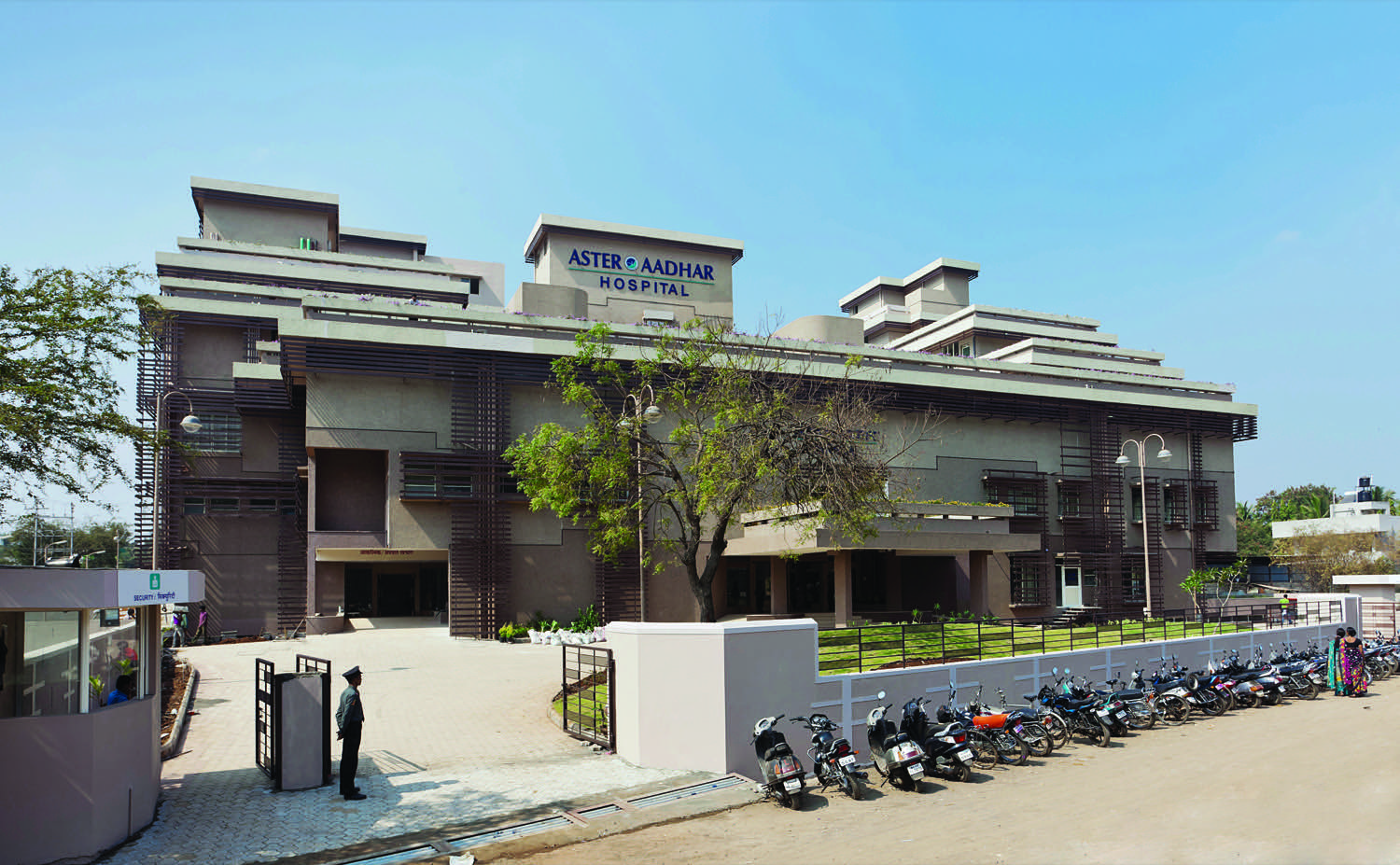 This hospital is a joint venture between D. M. healthcare group from Dubai and the private Aadhar nursing home from Kolhapur. Both, Dr. Azad Moopen 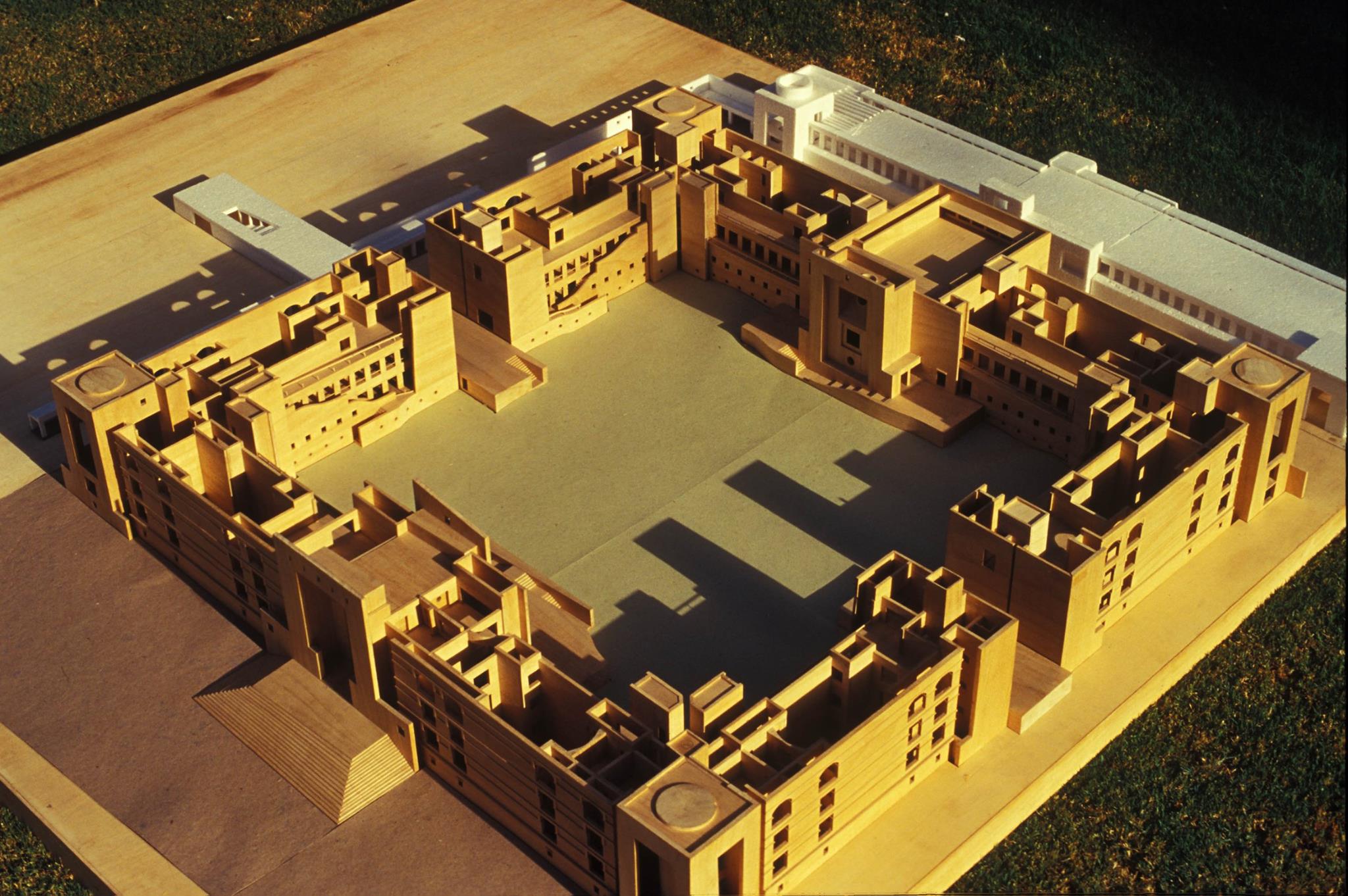 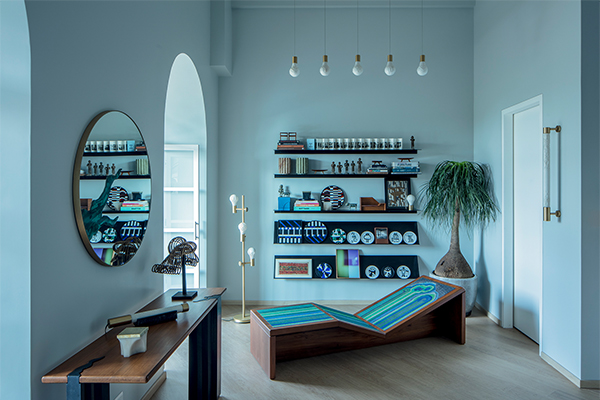 The idea behind the space design was flexibility, allowing for exhibitions and events as required, particularly when collaborating with different designers and artists. The mix of Rooshad SHROFF furniture, lighting and products is, of course, a reflection of our aesthetic.