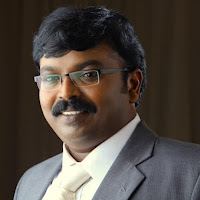 M.Arch in Architecture Education – Mr. Asif R Khan is currently working as Asst. Professor at MES School of Architecture, Calicut University, Kerala. He is associated with CEPT, Ahmedabad as a Doctoral Research Fellow. He has worked with various Schools of Architecture in India as a Guest Faculty member. He has also worked in Middle East and with various Architecture Consultancies in India on various significant projects. Operates a Design Studio – Sustainable Horizon Studio, wishes to propagate architecture with social conscience.
Associate Prof Asif R Khan – will be taking over as Head of Department – Al Salama Institute of Architecture, PERINTHALMANNA, Malappuram, Kerala.

Ar. Asif R. Khan can be contacted at ar.asif[email protected]

Architecture mirrors the aspirations and achievements of a society. Every Society is continuously changing. Culture and traditions impart continuity to changing society (1).

In broad framework the civic architectural identity of a locale / part of city could often be referred to as the biography of its people – a collective identity, which has evolved with time through profound behavioral and materialistic convergence. Resulting in identifiable whole depicted through built environment and its occupants. This experiential legibility cycle of reality/perception could be easily deciphered in Thrissur one of the most populous urban agglomerations of Kerala State, India.

Architecture provides the spatial envelope for these transitions; it could be rationally correlated to the spatial imprinting of human behavior in a way that persists as a form while allowing for further and more developed interactions. The overall process of built realization could be linked to the sequence of universal correlation.

The things that we human beings build or evolve are the result of our endeavors in two directions; on the one end we proclaim accomplishment of a purpose – a built environment to accommodate certain activities and on the other to nurture an expression that could communicate desired response based on the context (3).

Relevance of the aspect of characteristics is a critical component when comprehensive level appraisals are being done. It contributes relatively to realization of the aspect of diversity and continuity as well as elucidates the aspect of totality in civic architectural environments. Moreover the various parameters that contributes to the evolution of the imageability & functionality is profoundly highlighted. Mattancherry a small coastal town, located in close proximity to the commercial hub – Cochin, Kerala would be an ideal case that profoundly exhibits the social influx based on religion, economics & politics at built level. The history of the city dates back to 13th century AD. The town of Mattancherry evolved with time to depict various elements of urban design – the growth pattern was natural in certain peripheries. Though evolved as a modest market harbor town, became the hub of economic and political activities. The heritage city with its unique and strong linkages plays a crucial role in communicating the diverse social fabric and vernacular foot print. The landforms and the lagoon system contributed to the concentration of economic activities on the water front areas. Ethnic – Religious grouping of people dictated the development of distinct residential zones engraved with vibrant character. The spatial, visual and aesthetical realization of built environment at an existent level, its transition with time is significant. It is closely linked to the social settings and common man.

Such approaches have led to tangible outputs. Architecture and Urban Design, both in their formal and spatial aspects, are seen as fundamentally configurational in that the way the parts are put together to form the whole is more important than any of these parts taken in isolation (4). An in-depth review of urban areas that depicts a sequential growth would definitely help in generating a theoretical, graphical and decisive knowledge of socio – architecture influences on the foot prints of growth and development of a society.
The architecture of an urban environment tells history and frames images. This perceptive generated can be seen as stage set for various episodes and happenings to come about with transition of time. Regions in a town differ according to their evolutionary rationale and functions. It envisage a morphological image of architecture which is relatively permanent, however transition or change is imperative with time. Gradual commoditization of development and changing patterns of social life has brought about a paradigm shift.