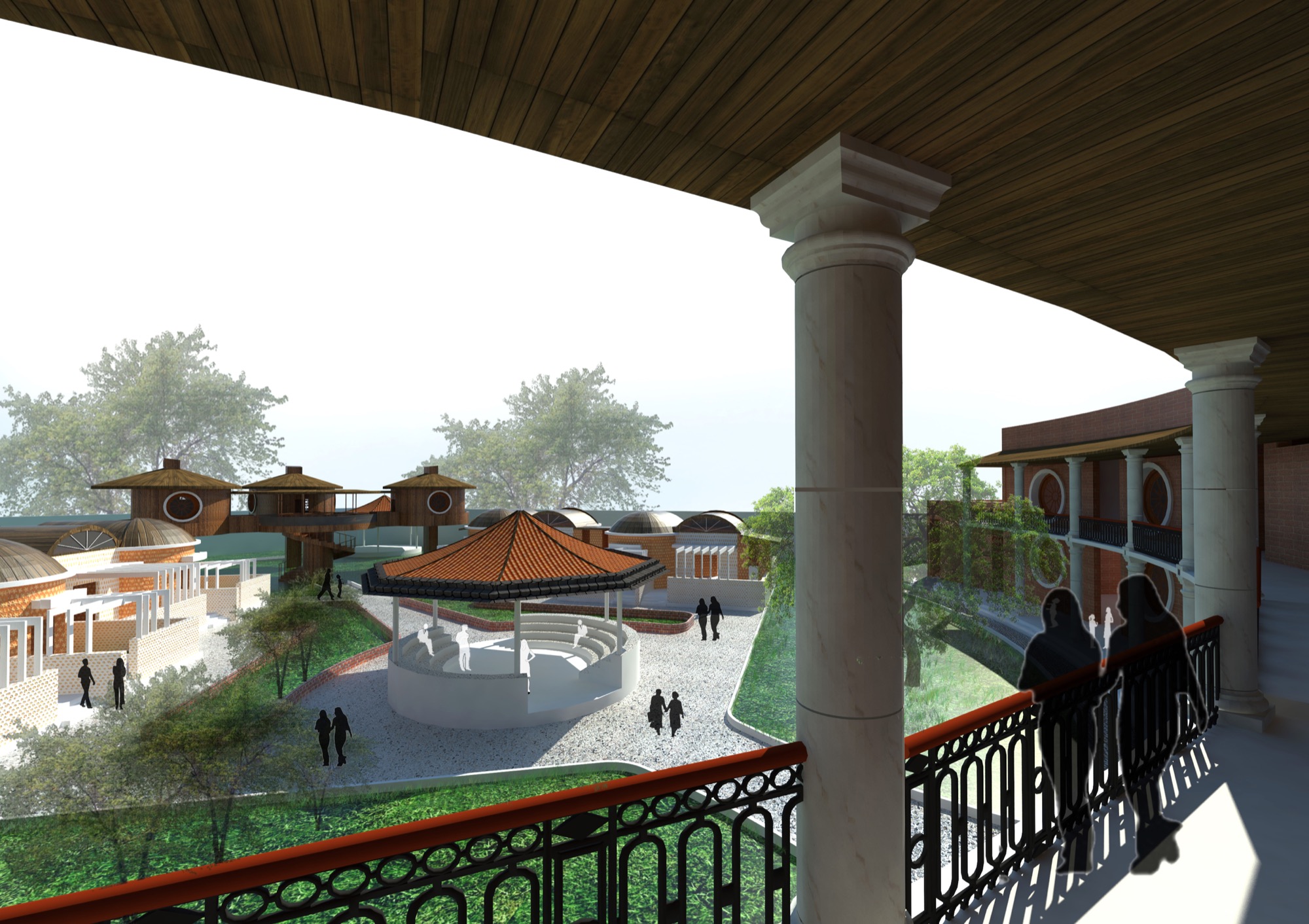 PROJECT OVERVIEW
Sexual violence is a serious public health and human rights problem with both short- and long-term consequences on women’s physical, mental, sexual and reproductive health. Crimes against women gets reported every two minutes in India. As many as 2.24 million such crimes were reported over the past decade. Rape is the fourth most common crime against women in India. Helping rape victim recover from the trauma is complex as there is need to assess the impact of counselling and understand the mindset of women. The project aims at architectural translation of spaces to the behaviour and psychology of the survivors binding them in a community where the survivors will themselves be able to help the fellow survivors recover, thereby an attempt to create a Home away from Home. It focuses on various measures that could be taken architecturally to convert their PAIN INTO POWER. The program for the project is designed in a way to have a long lasting effect on the overall development of the survivors .The broad idea is to UNLEASH THE BOUNDARIES of the FORMAL institutional framework into an INFORMAL framework of activities giving flexibility and freedom to the users to use it the way they want to, thus making it more APPROACHABLE inorder to help the survivors recover back into their normal lives.

ARCHITECTURAL CONCERNS OF THE PROJECT –

-One of the major concern of the project is to give the survivors of Rape and sexual violence a REASON TO APPROACH the Centre. In many cases, the victims are not aware of what they should do after this tragic incident happens to them. Thus a facility that would provide them with all necessary help which is required to restore themselves into their old self is essential.
– Inorder to contribute in the overall development of the Survivors it is important to have a LONG TERM EFFECT so that they can lead a confident and independent life.
– Such centres are prone to illegal activities, therefore one of the major challenge was to maintain TRANSPARENCY and CLARITY of activities going inside the centre.
– While designing for such sensitive user group, the primary architectural and psychological concern was to make spaces responsive to the actions, behavioral pattern and psychology of the users thus creating a USER –RESPONSIVE design.
– Helping the rape victims recover the trauma is complex as there is a need to assess the impact of counselling and understand the mindset of woman. Hence the intent was to design spaces for COUNSELLING IN A LESS FORMAL WAY considering the natural pattern of EFFECTIVE INTERACTION between the counsellor and the victim.
– The victims are more prone to harming themselves. Therefore, it is important to design considering their safety by way of CONSTANT SUPERVISION either by authorities or by fellow survivors.
– An important challenge was to tackle the ANTI- SOCIAL BEHAVIOR AND ISOLATION of the victims from the rest thus making it necessary to design spaces for social interaction .
– These victims are filled with a huge amount of NEGATIVE EMOTIONS in the form anger, disgust, guilt thereby making it essential to TRANSFORM these NEGATIVE EMOTIONS into something POSITIVE. Thus creating spaces that would channelize their emotions inorder to bring positivity in their lives and surroundings.
– The overall success of the project also lies in making it self- sustainable to an extent economically and also environmentally for which various design strategies are necessary to be implemented. 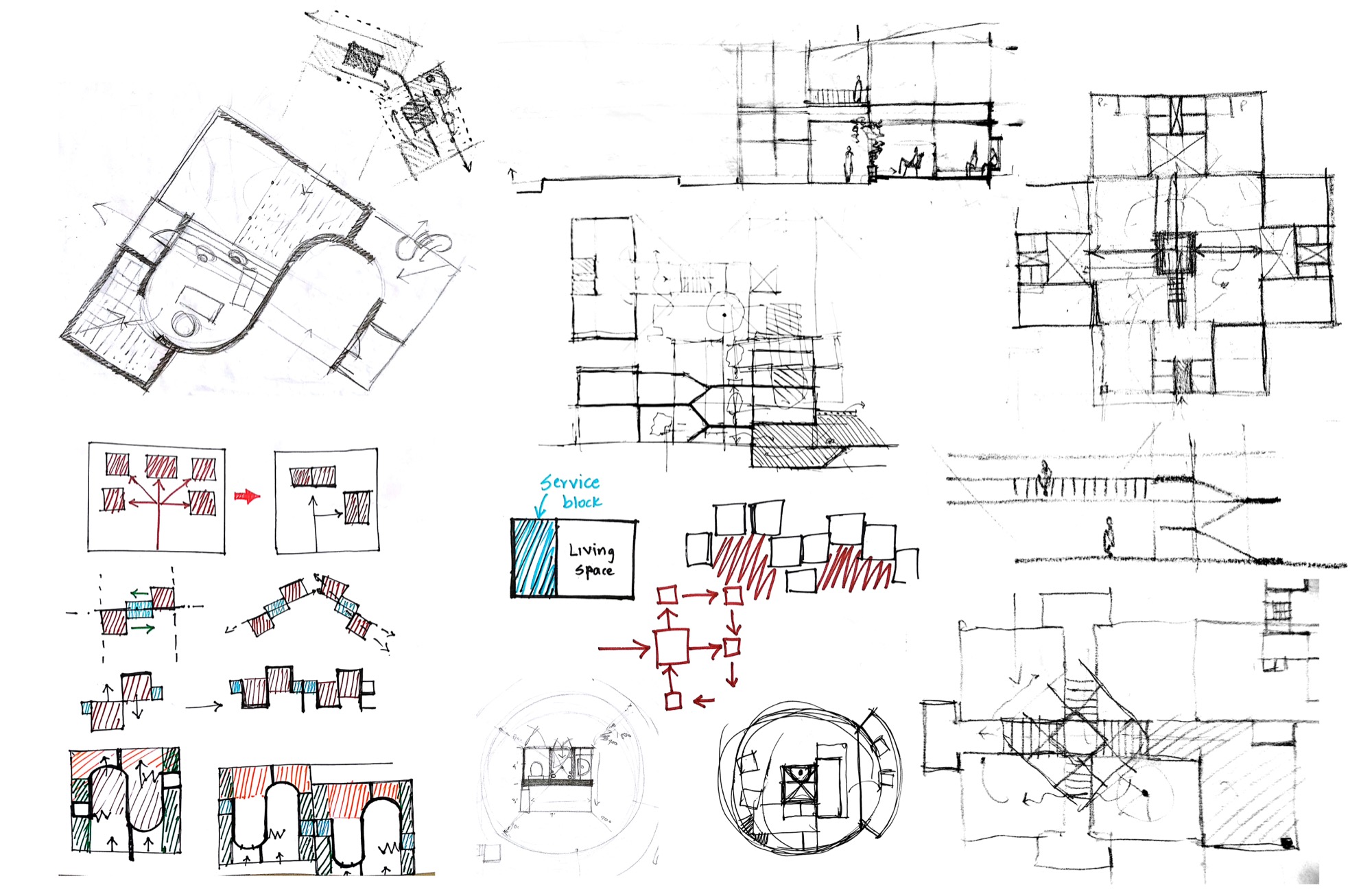 After the problems and concerns are identified, it was important to find out the strategies to be implemented.
-The idea is to have a planned and systematic distribution of the resources available.The One -Stop Crisis centre proposed by the government is taken forward to create an effective solution to the problem.A city is divided into various zones where in the Police territorial jurisdiction is defined.If we consider Pune city, it is divided into 4 zones.The one stop centre in each zone report to ONE STOP

By providing shelter, police desk, legal, medical and counselling services, psychological rehabilitation and economic rehabilitation to victims of sexual violence under one roof integrated with a 24 hour Helpline makes the centre easily APPROACHABLE in terms of seeking assistance.

The proposal is to establish One –Stop Crisis Centres across the country to provide integrated support and ASSISTANCE UNDER ONE ROOF to women affected by Rape and sexual violence.

-The project demanded broad categorization of USERS visiting and using the centre
Who can approach this center?1. A Rape survivor who has gone through priliminary stages of medical , legal support and counselling through one stop center can approach for seeking further rehabilitation.2. Abandoned women victims of rape and sexual violence, for shelter and economic rehabilitation.3. A survivor who has not recovered from trauma even after years of incidence can also approach the rehabilitation program.4. Any rape and sexual violence victim can approach this centre either directly or through NGO or organisations.AGE –GROUP categorization of survivors-

With this there is a FLOW OF TRAFFIC of visitors visiting the centre in the form of victims seeking psychological or legal help and other government or private authorities for official purposes. This strategy indirectly makes sure that there is transparency and clarity in the activities taking place inside the centre.

– REDEFINING THE CONCEPT OF PSYCHOLOGICAL COUNSELLINGCounselling is an interaction between two people where one is listening to the other inorder to help the person get back into its normal state . Instead of having an interaction only between the two people in a closed entity, an attempt is made to have interaction between the COUNSELLOR – PATIENT – NATURE where nature acts as a catalyst in the process of healing also making the space less clinical and more homely.
– MINOR VICTIM COUNSELLING IN THE FORM OF A TREE HOUSE -COUNSELLING TREEThe minor victims of Rape are the ones who have somehow lost their childhood. By designing a counselling tree, an attempt is made to create an atmosphere that is less clinical, playful and close to nature, thus providing an idyllic spot for recovery and making the minor survivor comfortable for counselling.
– ADULT WOMEN COUNSELLING PODS – AS A HEALING TOOL
The walls and compound walls of the counselling pods are made up of PET(plastic) bottles. Every counselling room is entered with semi -shaded space in the form of pergolas surrounded by a green space with trees . Thus enhancing the ambience and quality of the space. The space itself acting as a HEALING TOOL.

VISUAL CONNECTIVITY with outdoor from the interior of the pod but VISUAL BLOCK for person standing outside the counselling pod thus maintaining transparency with outdoors along with privacy and confidentiality of activity in the inside.

EVERY MODULE OF SHELTER HOME WITH CENTRAL COMMUNITY SPACE ALONGWITH ITS OWN PRIVATE SPACE-Alongwith the community living, privacy of the survivors is also given utmost priority.Each and every module has its own private space in the form of backyard.

WALL AS CANVAS-It is important to convert the negative energy of the Rape and Sexual Violence Survivors into positive.Thus the walls are used as canvas to get their negative emotions out in the form of art. Graffiti is used as a medium of expression which will also inspire them to recover back into their normal lives.

INSPIRING ENTRANCE.
The entrance to the clusters has a wall with GRAFFITTI thus acting as a source of inspiration and helping the survivors recover back into their normal lives
– Connecting bridges connecting the community’Bridges’ will connect the survivors, help them understand each other’s challenges, allow them to try and figure out how they can better help each other.
-Jali placed at the corners of the cluster helping in cross – ventilation preventing the air flowing inside the cluster from stagnating.

CENTRAL STAIRCASE AS A PLATFORM FOR ACTIVITIES AND SOCIAL INTERACTIONThe staircase is designed much more than just a way of getting between the floors. It encourages social interaction and creates a strong sense of community.Its central location helps in keeping a check on the movement and activity of survivors thus maintaining the security of the survivors and shelter home.Thus by this architectural gesture, the survivors will themselves be able to protect and take care of their fellow survivors.
-Every cluster is designed to have PAUSES, POINT OF REST AND CHANGING VISTAS.Paars of olden Pune are incorporated in the design where small groups can congregate for socializing.

SUSTAINABLE APPROACH-
Reusing the PET bottles as building material
-Plastic bottles are used as a part of green construction by saving energy and resources, recycling materials, minimizing the emission, having significant operational savings and increasing work place productivity.Rainwater harvest -The rain water collected from the roof is drained down into the underground rainwater tank and is then used for landscape and other daily chores. Solar Energy- The building roofs are covered with solar panels which supply energy to the other parts of the centre.
Economic sustainability – The income generated from the Market and the production house (workshops) of the Centre will be used for the maintenance and development of the centre thus contributing in its economic sustainability to an extent.
MARKET place will also act as a tool in BRIDGING THE GAP BETWEEN THE COMMUNITIES thus encouraging interaction between the survivors and the society.

ARCHITECTURAL LANGUAGE-
-The language of Architecture is such that it leaves a quiet presence, secured in the fabric of the city/village, that will symbolize some value or hold a memory, that exist within the context, yet will mark a presence for itself.
– The architecture produced is the result of an attempt to solve the challenges – climatically, contextually, psychologically and socially.
– Massing of buildings is with respect to LAYERING OF ACTIVITIES taking place in the centre.
– The spaces are designed considering the actions and psychology of the user thus adding VALUE in each space.
– The architecture evolved has FLEXIBILITY in terms of design giving the user freedom to use it the way they would want to. This assures that there are no set of rules for using it which also makes it more APPROACHABLE.
– The finer detailings and gestures of the design play a vital role in shaping the design.
– The Architectural language evolved is SUBTLE, LESS FORMAL AND HOMELIER with a warm welcoming vibe to nurture its sensitive group of users. 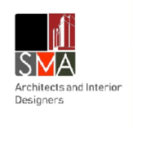