Architectural Criticism Competition Series is the second Initiative of Architectural Journalism Organization to spread awareness about this subject and sow the seeds of awareness to critique and appreciate Indian Architects and Architecture. 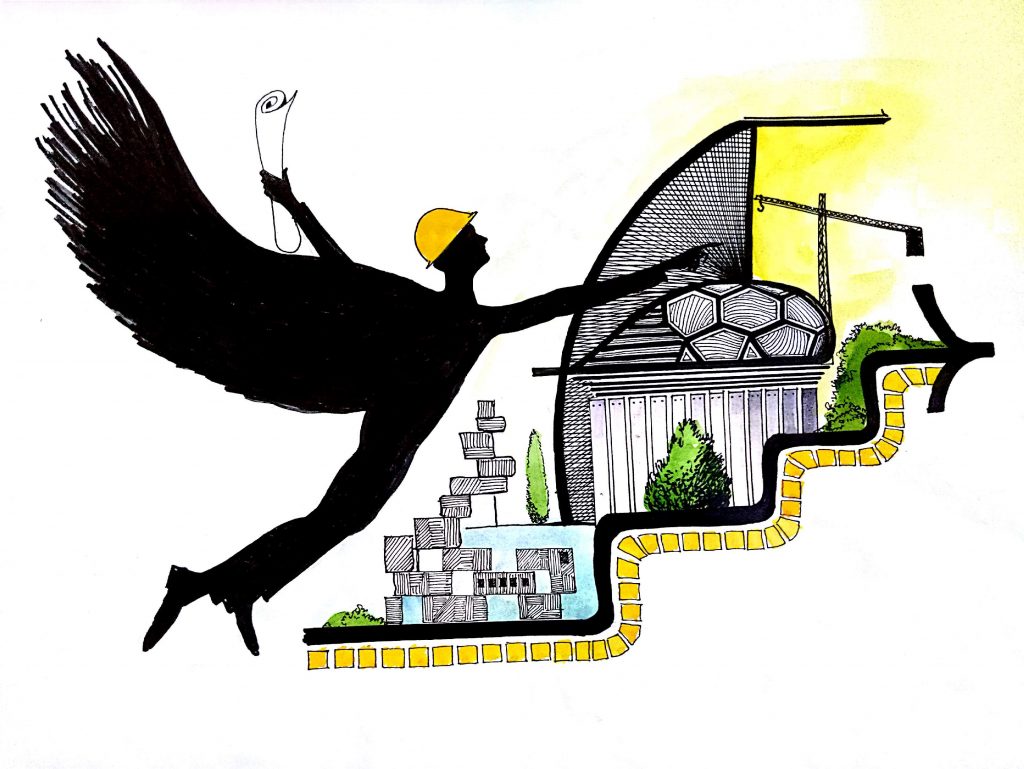 Themes for Series 1 and 2 are as follows: 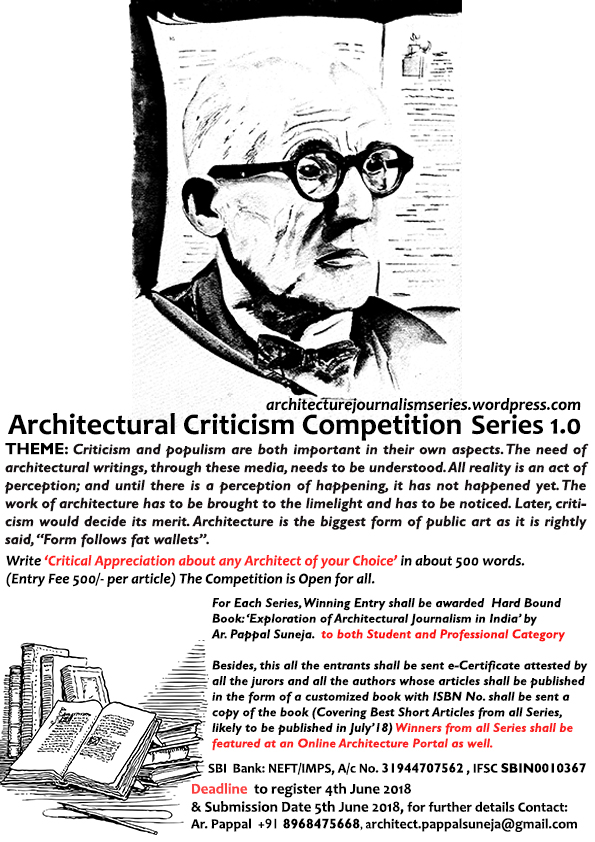 Series 1.0:  “Critical Appreciation about any Architect of your Choice”

Criticism and populism are both important in their own aspects. The need of architectural writings, through these media, needs to be understood. All reality is an act of perception; and until there is a perception of happening, it has not happened yet. The work of architecture has to be brought into the limelight and has to be noticed. Later, criticism would decide its merit. Architecture is the biggest form of public art as it is rightly said, “Form follows fat wallets”. 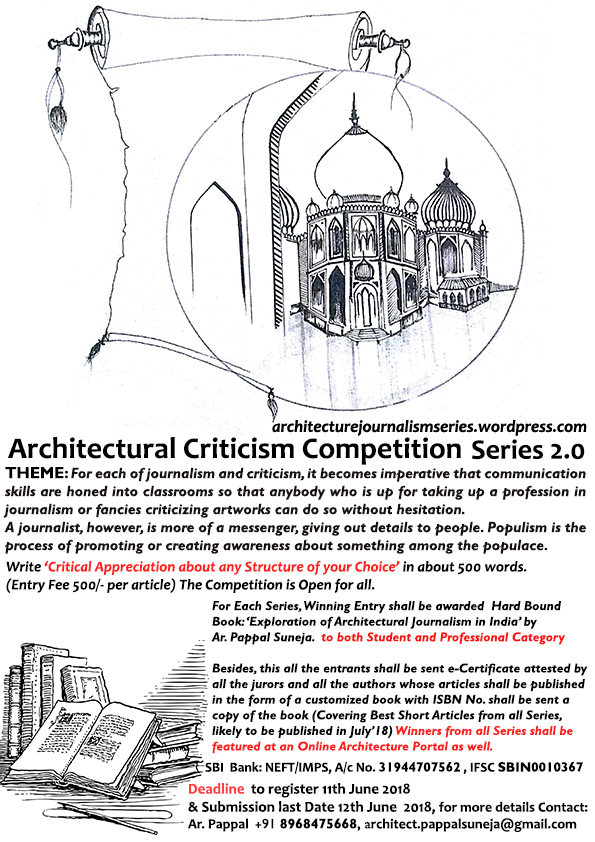 Series 2: “Critical Appreciation about any Structure of your Choice”

For each of journalism and criticism, it becomes imperative that communication skills are honed into classrooms so that anybody who is up for taking up a profession in journalism or fancies criticizing artworks can do so without hesitation.  A journalist, however, is more of a messenger, giving out details to people. Populism is the process of promoting or creating awareness about something among the populace.

All the entrants shall be sent e-Certificate attested by the jurors and all the authors whose articles shall be published in the form of a customized book with ISBN No. shall be sent a copy of the book (Covering Best Articles from Architectural Journalism & Criticism Series Part 1, likely to be published in July 2018)

For more Information, Visit the website for the competition. 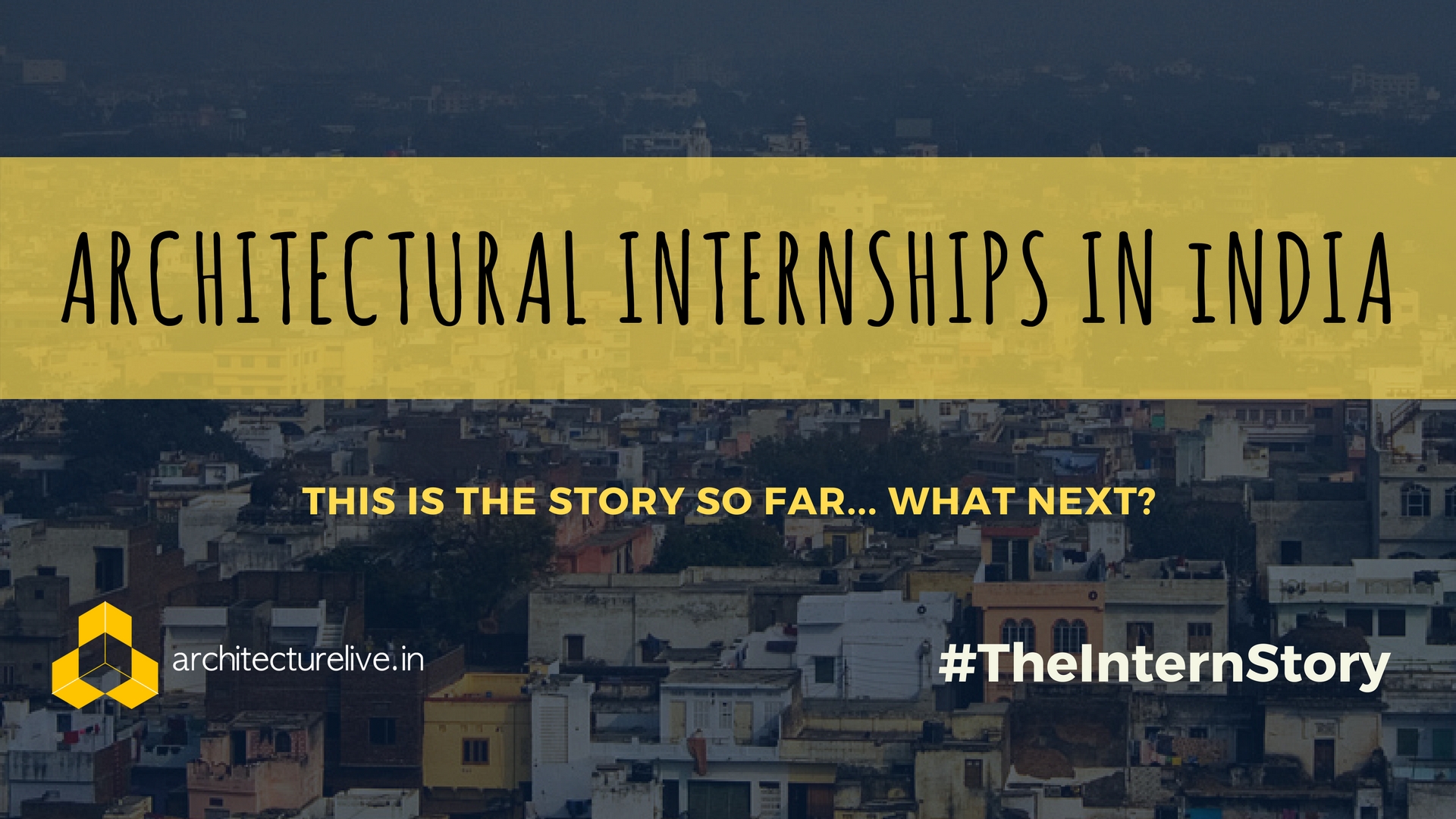 The Intern Story — The Story So Far

The students are the future. How we initiate them into the profession will have a tremendous impact on design – whether ideological, professional, or academic. 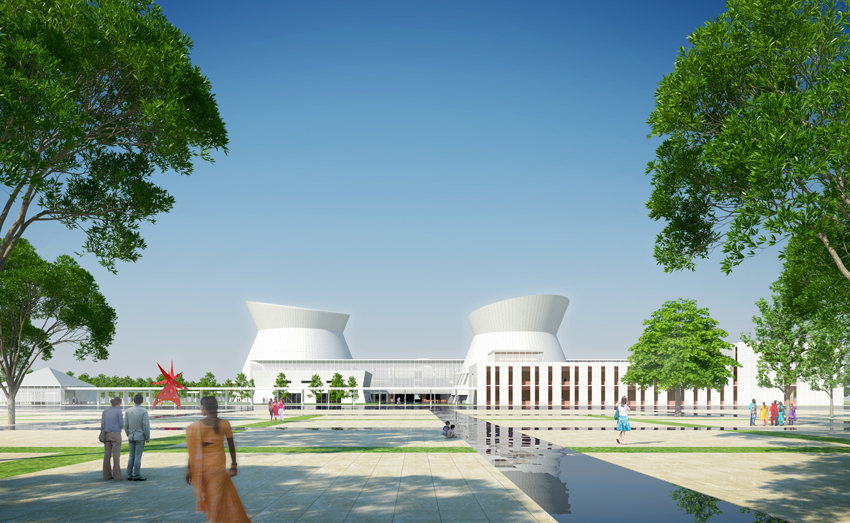 The Amaravati Government Complex is the first project at the new capital Amaravati in Andhra Pradesh, India. The project site is comprised of four 1 km by 1 km blocks arrayed north to south, facing the Krishna River east of Vijayawada City. It will include the State Legislature, Secretariat, and High Court buildings and an array of related office and housing components – all connected by an extensive landscape development and internal road system. 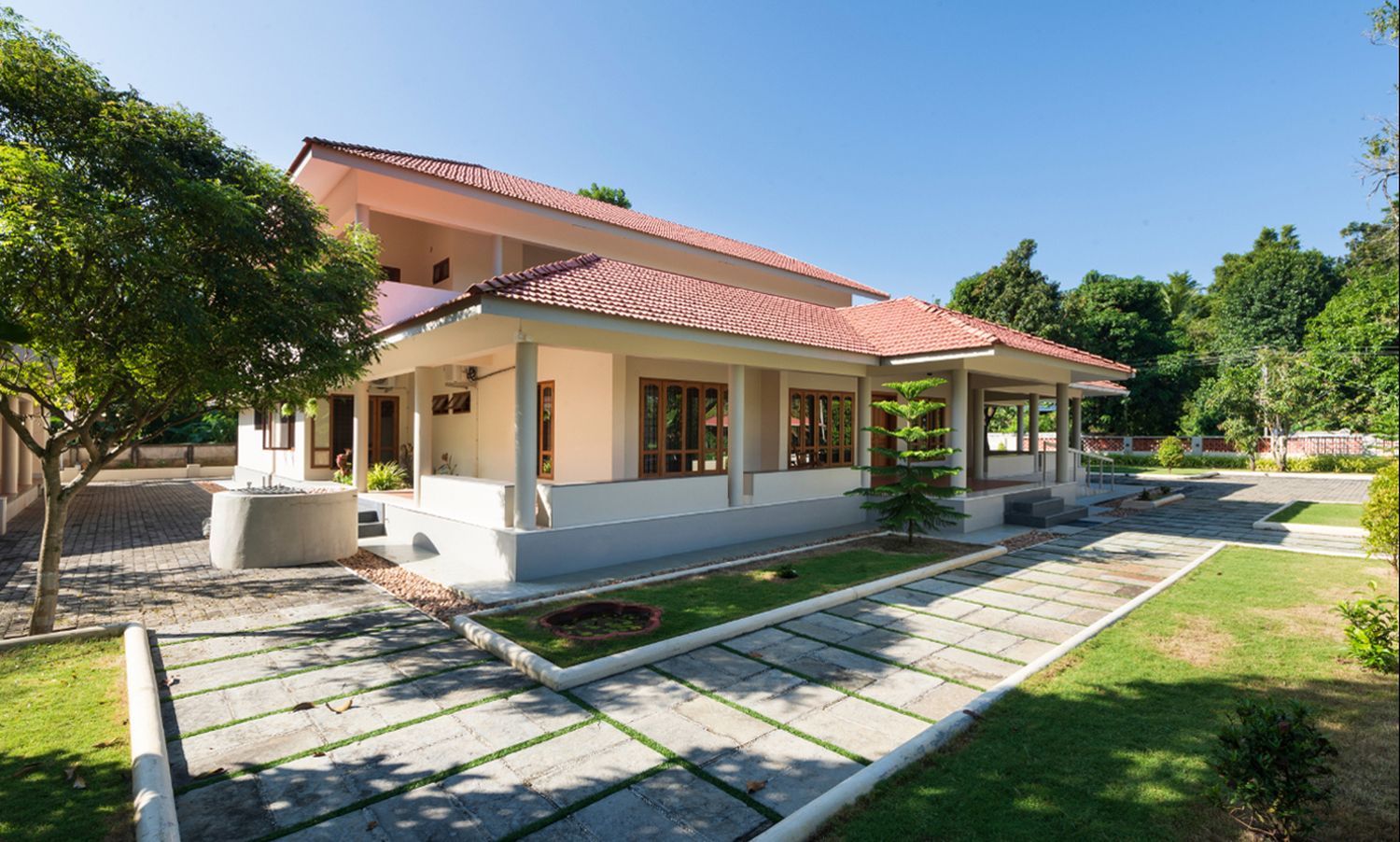