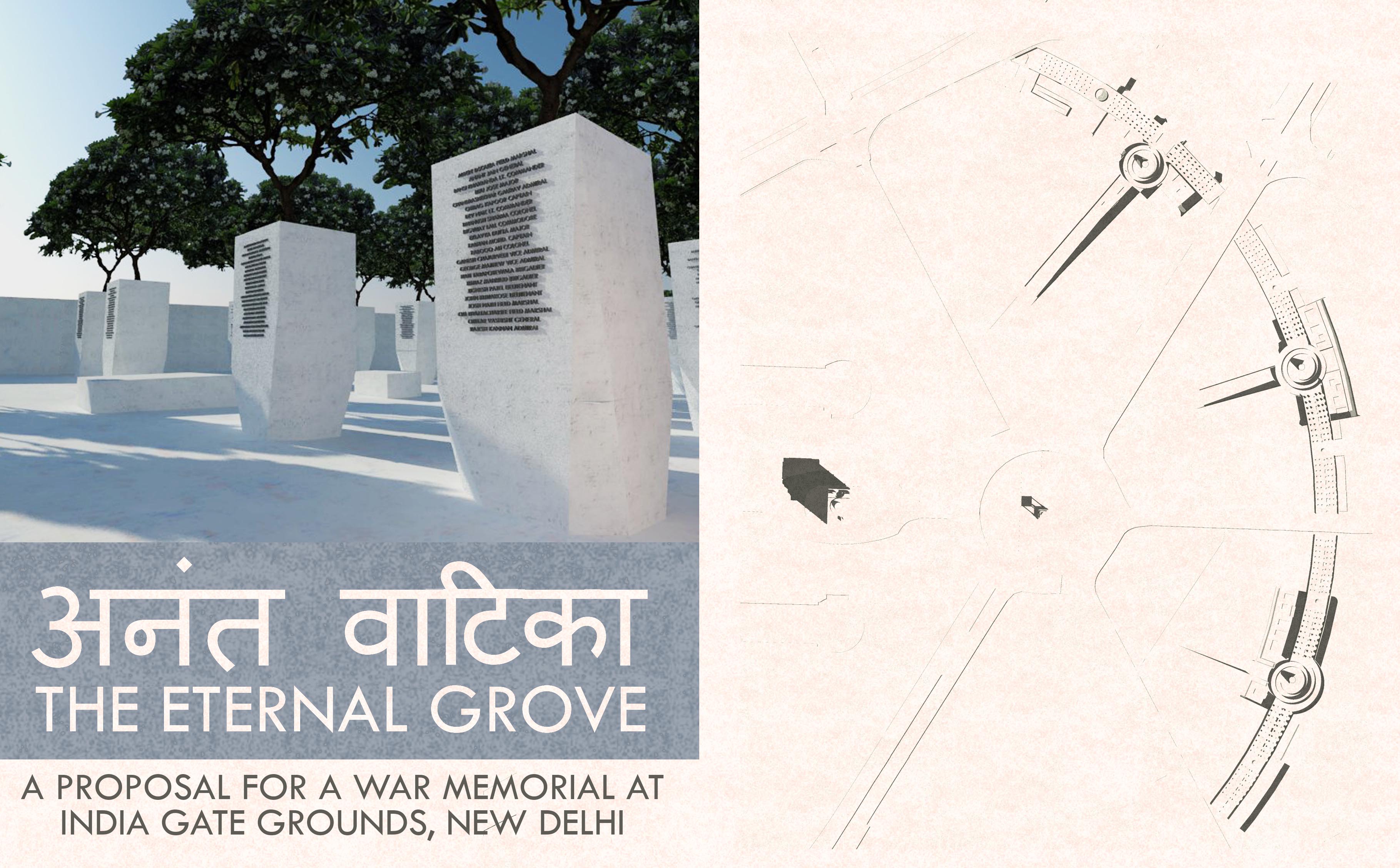 The champaka tree is common to our country. Common but not ordinary, just like our men and women in uniform, who come from simple backgrounds and unprivileged origins. And quite like the champaka, from rough, callused and unassuming branches blooms the fragrant flower of the ultimate sacrifice.

Why should the memory of our soldiers be frozen in time, merely on a wall, when their blood was spilt to nourish the living tree of our liberty?  Our memory of them must be living and eternal connecting us forever to our roots – like the sacred groves that connect us to our preternatural pasts. 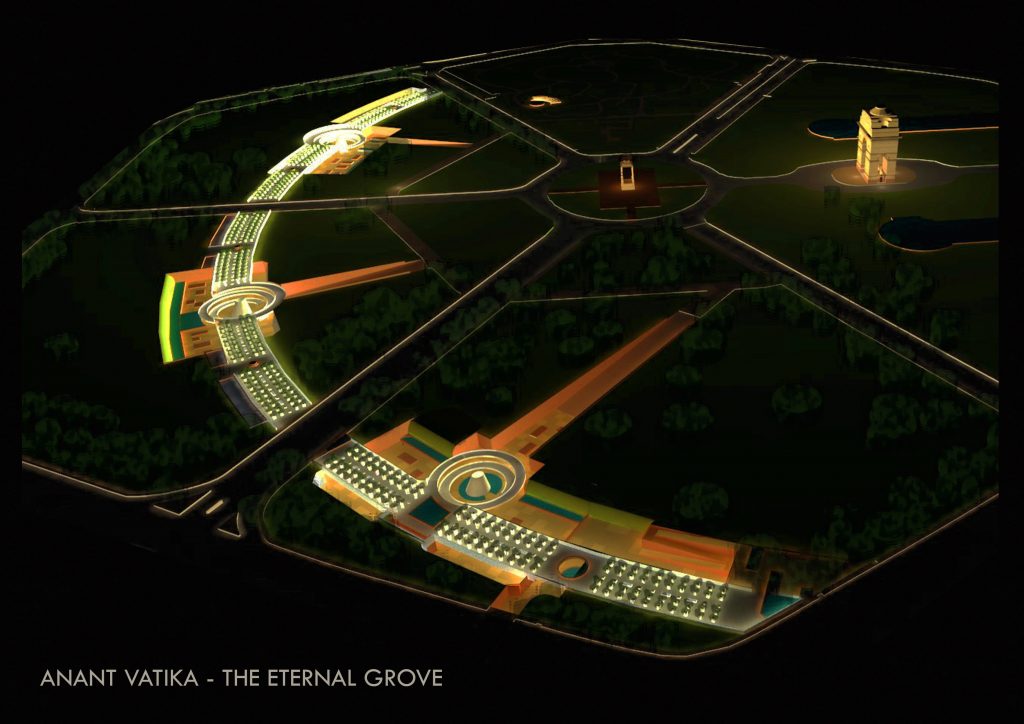 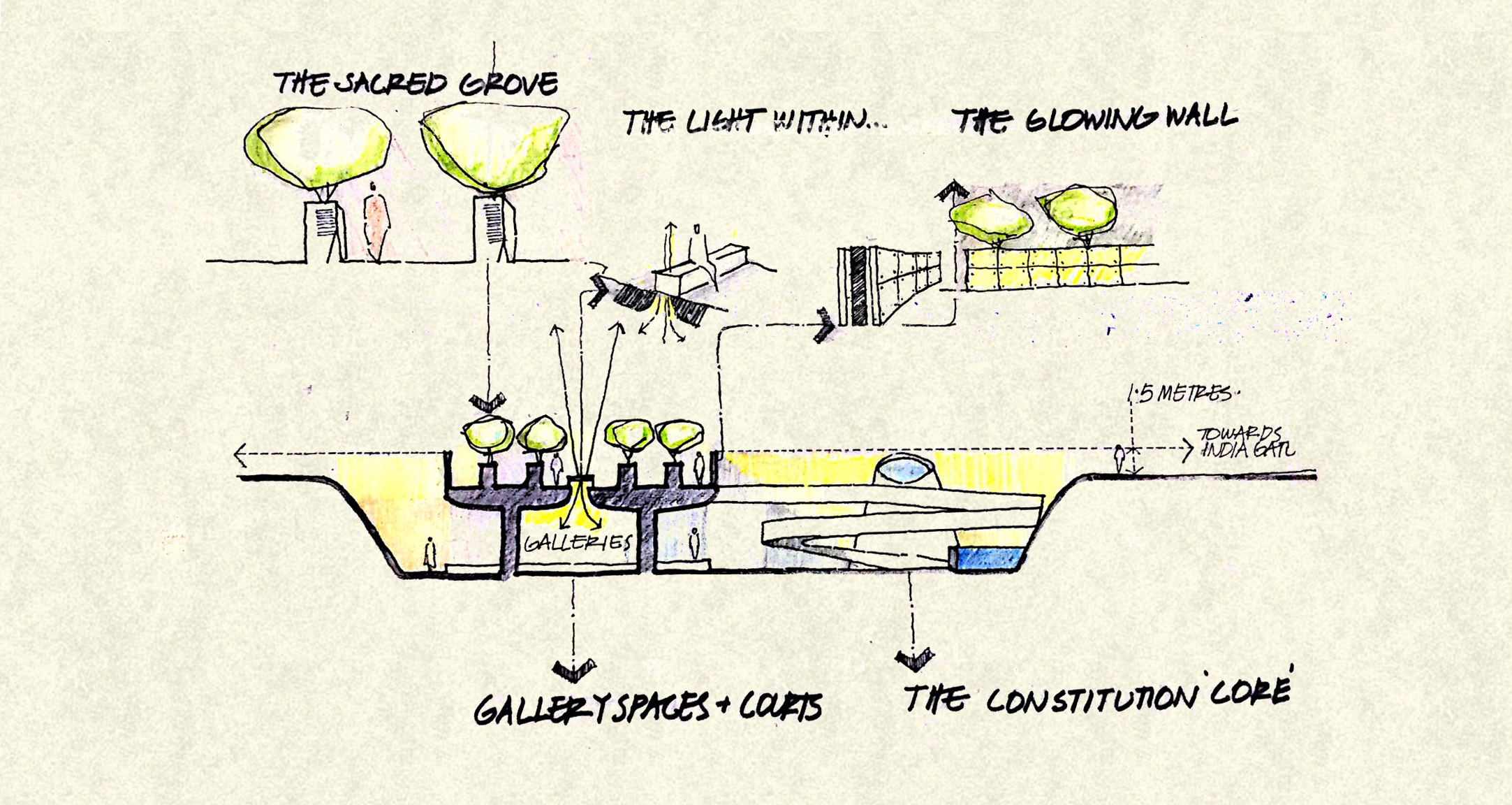 It is the ethos of a sacred grove and the idea of a processional path through it that organizes the vast program of this design proposal.  Martyrs are associated with living champakas, set in ‘vessels’ that bear their names, which shade and make the path fragrant, rather than merely names to be visually apprehended. While this path with its subtle shift in levels, framing of vistas forms the core of the experience, the larger program of exhibition spaces, galleries, meeting spaces and courts are layered underneath this path.

While this idea forms the conceptual pivot of the scheme, the scheme takes its form through a series of generative traces (diagrammed below) that encode both the context and values as architectural and landscape geometry. 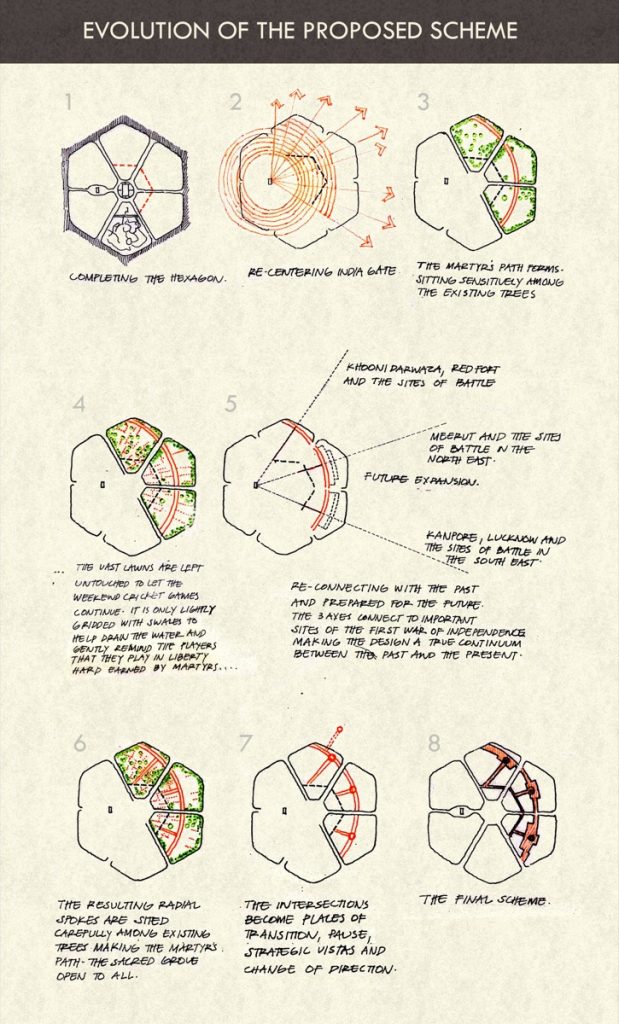 The processional path of champakas – the martyr’s path- is weaved sensitively through the trees as a gentle arc centered on the India Gate, the memorial to the Indian soldiers of the First World War. This is a clear shift away from the geometric centre of the hexagonal site that is marked by the empty chattri which once held the statue of the English King. This sweeping  arc is centred on the eternal flame housed under the India Gate and thereby responds to the larger axis that connects to the Parliament and the executive branch.

The arc of the martyr’s path, indicative of the necessarily incomplete and ongoing nature of nation building and its associated sacrifice, intersects the existing radial roads that exist on site. This creates three distinct segments that both form three periods of the post-independence nation (40’s to 60’s, 80’s to 2000’s and 21st century onward) and three programmatic parts. These segments are also tiered in section with the spaces underneath it holding much of the covered spaces.

The vast lawns are gridded with swales, that both help drain the grounds and provide spaces for the young adults who play cricket on these grounds every weekend, to continue playing even after the scheme is realized. Why else does the jawan offer the ultimate sacrifice, if not to keep intact the freedom and the space to live our lives as we desire?

The martyr’s path is further intersected by three radials that originate from the centre of the amar jawan jyoti and connects to important sites of the 1st War of Independence establishing a connection to an unbroken line of sacrifice from 1857 to the 20th century and beyond. These radials form alternate paths of access from the India Gate and serve as a path that transitions one from the exuberance of the crowds that gather at India Gate to the respectful quietness of the war memorial.

The intersection of these radials with the martyr’s path are marked by three ‘constitutional cores’, that both punctuate the introverted and reflective character of the martyr’s path with strategic vistas to India Gate with its eternal flame and provide spaces of pause before the visitor spirals down into the court below. Each constitution core, set in its own court not only anchors the martyr’s path as circulation but also symbolizes the core value that drives the ultimate sacrifice. 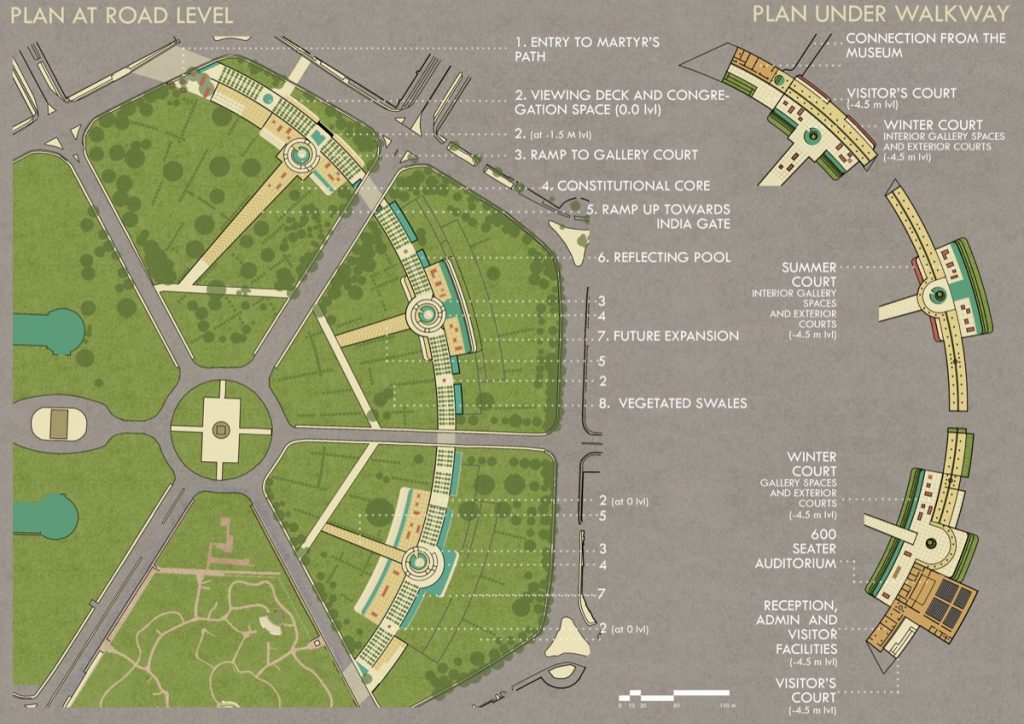 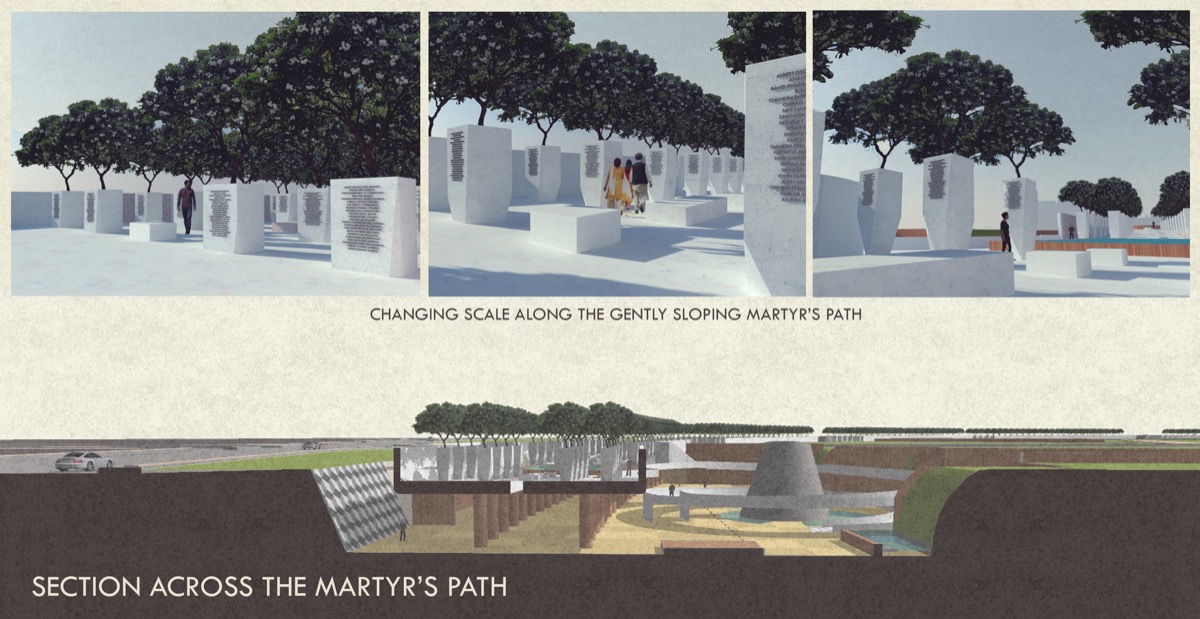 The martyr’s path takes us along the sacred grove of champakas. They bring down the vast scale of Lutyen’s Delhi to the intimate scale of a personal journey of discovery shielding us from the harsh Delhi sun. The grove’s thick leaves and fragrant flowers refresh the air, hovering over us protectively, reminding us of our  jawans, standing in formation…The champakas stand in simple but distinctly crafted vessels that change in dimension and shape as the path leads us on, each vessel unique like the stories of martyrdom. As the path descends gently in level, the vessels and champakas that appeared familiar and at a human scale start transforming in shape and towering above us reminding us of the extraordinary acts of courage and valour that comes from ordinary jawans – men and women much  like ourselves and our friends, family members.

25,000 martyrs’ names are engraved on these 440 vessels, their sacrifice remembered eternally by a grateful nation, each a living fragrant memory.

The martyr’s path through the grove is punctuated by a space of transition and a change of movement. Here, where the radial axis from the India gate cuts the gentle curving path, a deck opens up revealing the grand radial vista of India gate and we realize that we are below ground level. A spiralling ramp takes us further down to the court below.

As we circle down the spiralling ramp, the long gently sloping axis from India Gate appears to empty into the very court we are heading towards.   We see people walking down this long gradient leaving the bustling environs of India gate behind, with each step leading them to the same mysterious conical frustum that we have been moving around.

The mysterious object, sitting in a large reflecting pool, around which we have spiralled down, is the constitution core.  A sun-lit roof filters light into a solemn space on which is written the preamble to the constitution.  For we must know before we move on to the galleries, that our martyrs died to defend not merely territory but a way of life – that promises justice, liberty, equality and fraternity to all its citizens. 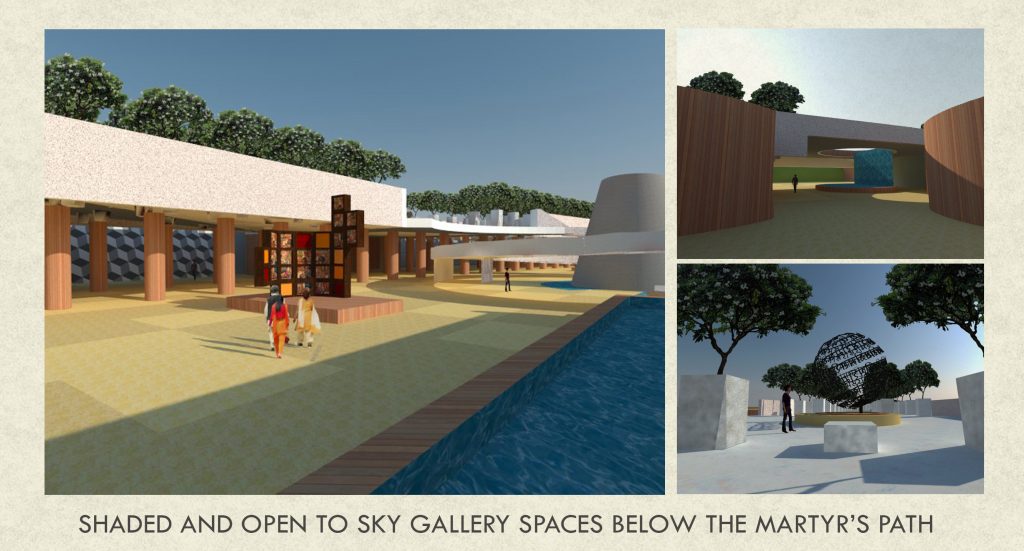 The galleries and exhibition spaces sit under the viaduct like space of the martyr’s path above, the thermal mass and shade of which protects it from Delhi’s soaring temperatures. The gallery sits in a court which is oriented north with smaller courts on the south to bring in the winter sun.

Murals, sculptures and various water features punctuate the martyr’s path above and the galleries below. 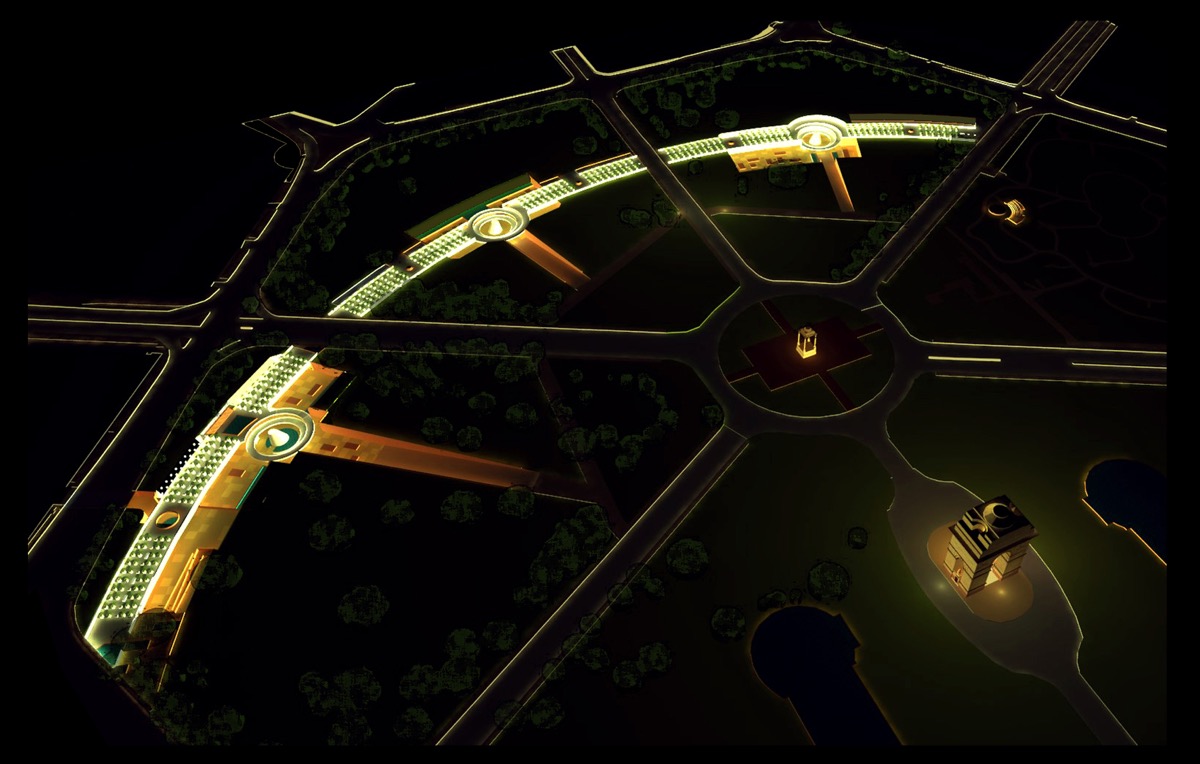 A glowing wall frames the edge of the martyr’s path, its translucent marble panels emitting light forming a glowing profile against the night sky while also illuminating the leaves of the grove and framing the champakas as light and silhouette. Visible to those who are driving and walking around the India Gate circle/hexagon and along the Raj Path, the glowing wall and the trees marks not only the valour of its armed men and women, but the long arc of our nation’s unfolding destiny. 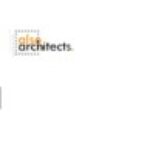 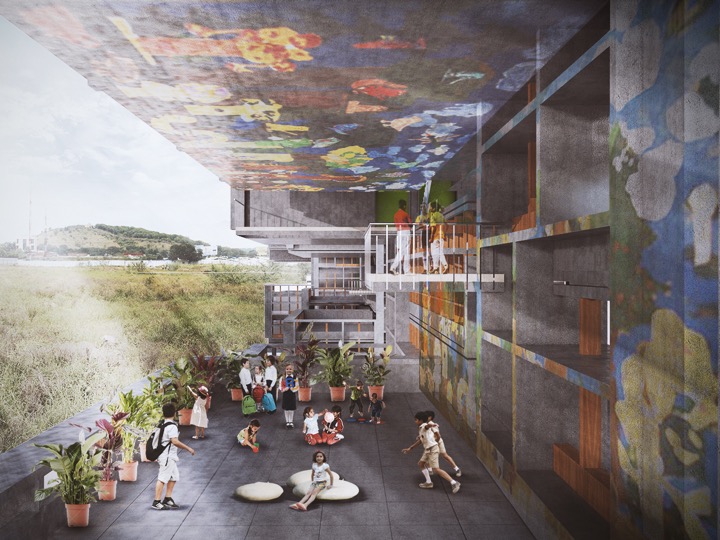 Design Team: Subham Pani / Saloni Parekh The competition had a brief that called for 4 school sections to be housed in a built up 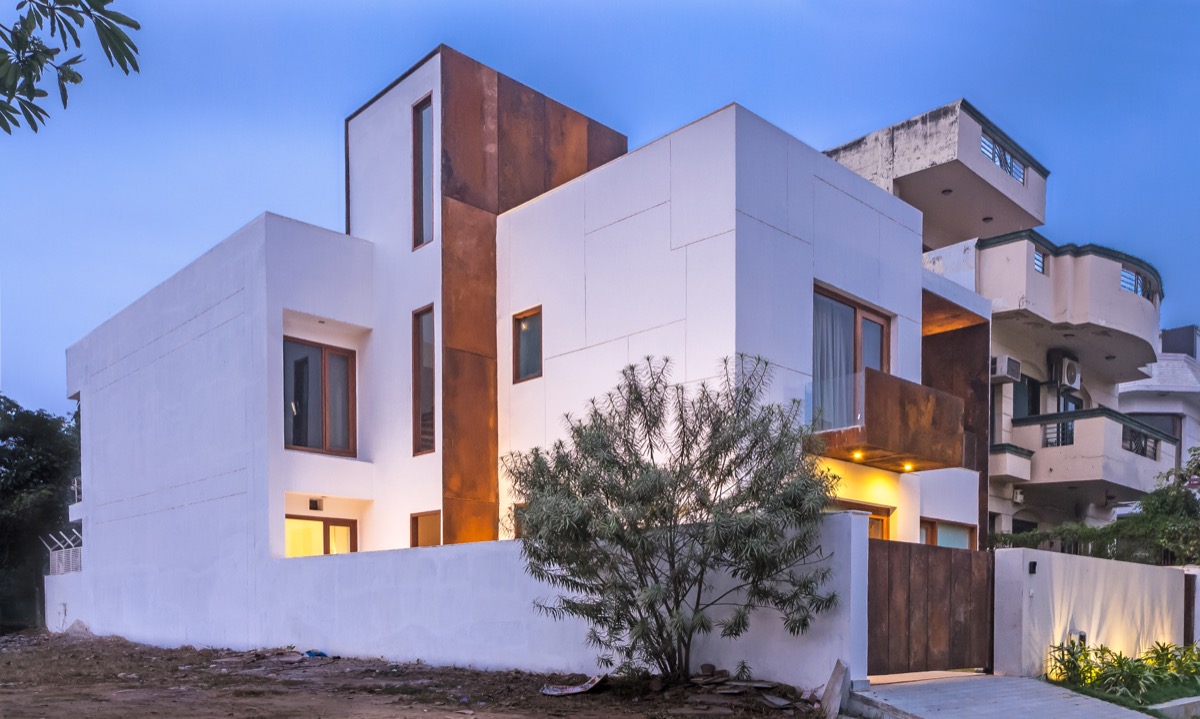 PRIMERA in Gurgaon is a project that inculcates the refined architectural language of R+D Studio and the minimalistic design philosophy of SHIVAN & NARRESH Interiors. The project blends harmoniously architecture with timeless fashion aesthetics. With R+D studio, SHIVAN & NARRESH has explored it’s first-ever interior project to transcend its signature design philosophy to a spatial front. 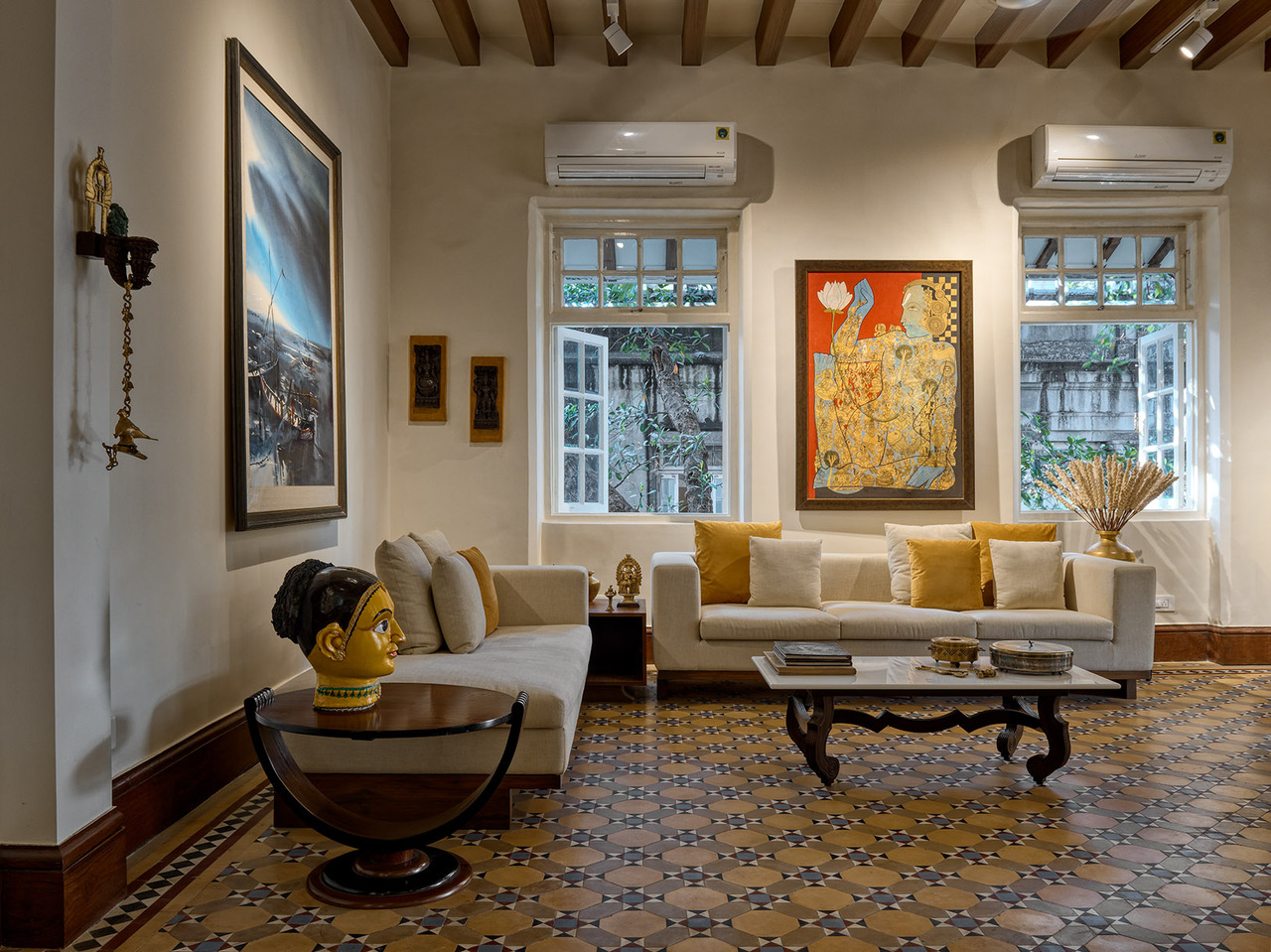 The Bombay House, at South Mumbai, by RC Architects

The Bombay house is a unique typology that has existed since the colonial times. The space is restored and redesigned to its true time but creating opportunities and interactions for today’s use. A unique blend of time and function. The sequence of spaces within the house forms a loop. One enters the house in a library and then moves through a verandah to reach the living spaces. A passage from the living room leads to the bedrooms and the kitchen. Through the bedroom one again reaches the verandah that completes the loop. The design interventions intersect within this sequence enhancing the experience and creating opportunities within the house. – RC Architects