TIGER TIGER is part of a series on animals and their implied symbolic narrative appropriated politically and socially. This series studies the perception of people and conjures up new imaginaries as form is divested of its power by dematerializing it via the act of weaving a narrative shorn of the power, panache, swagger associated with the cultural, symbolic or naturalized form. - Nisha Mathew Ghosh 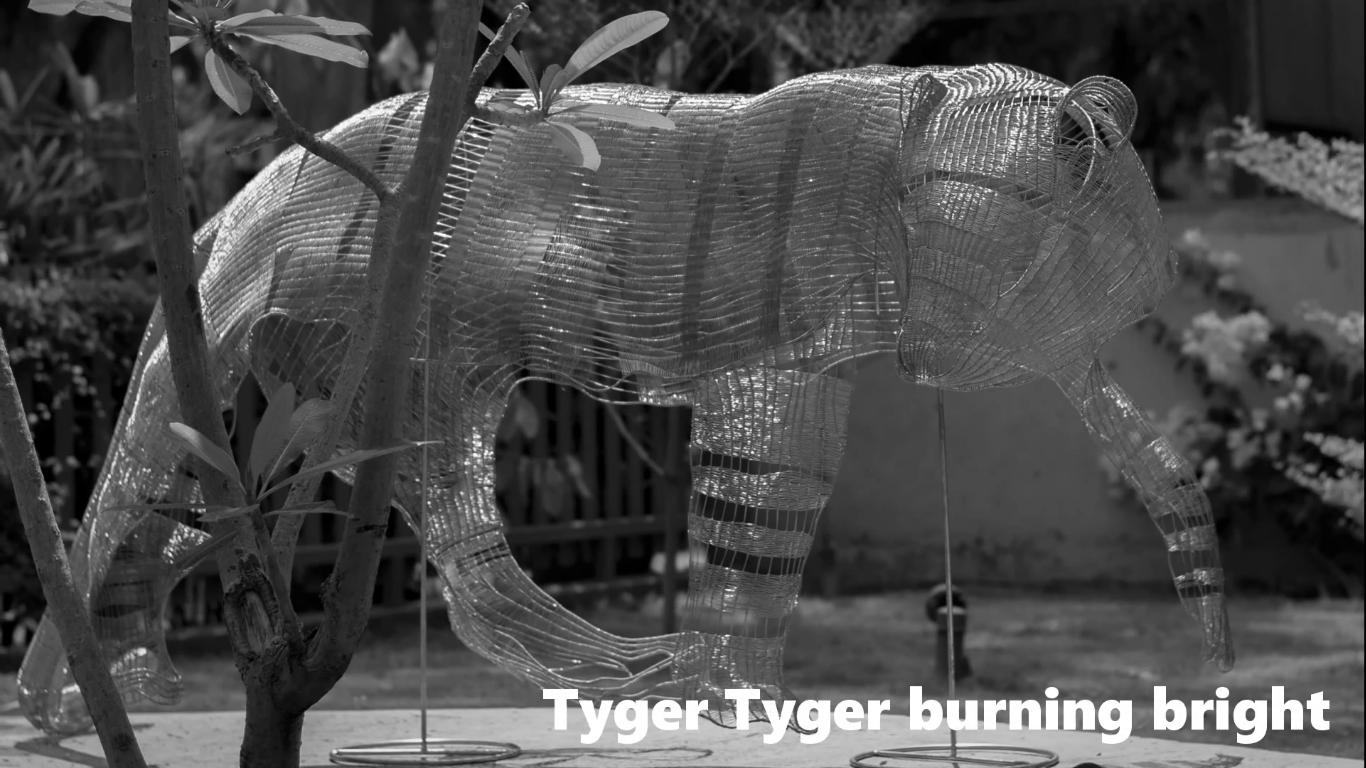 TIGER TIGER is part of a series on animals and their implied symbolic narrative appropriated politically and socially. This series studies the perception of people and conjures up new imaginaries as form is divested of its power by dematerializing it via the act of weaving a narrative shorn of the power, panache, swagger associated with the cultural, symbolic or naturalized form. 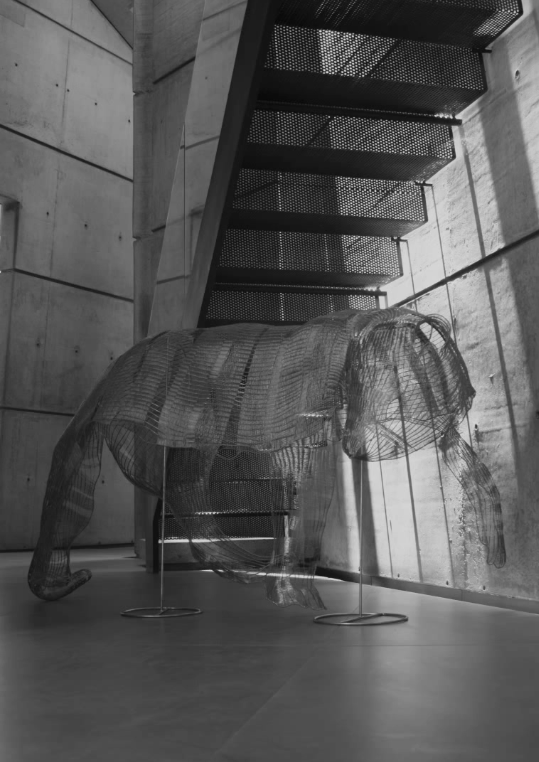 Instead of a study in delicacy and a fliƫng materiality, In lightness and a disappearance rather than the presence makes reference to a dissipating power of the symbol when defaced with a barrage of socio-political machinations, and secondly, a dematerialization reminiscent of an ecological catastrophe as tiger populations dwindle to their last numbers. 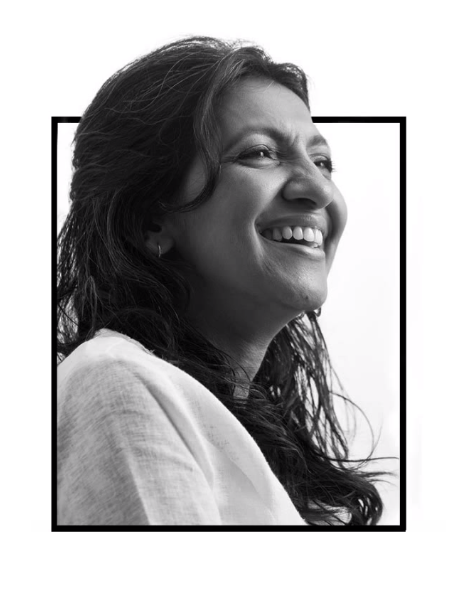 Nisha Mathew Ghosh’s artistic practice may be seen as one that is curatorial by nature (in her own words!) and is a hybrid artistic endeavor that straddles art, architecture, and landscapes. She has something to voice in her observation of the world around her and her interest in the spiritual, and her practice moves fluidly across these domains as a confluence of many strands. Her vision is fueled by a pressing innate need for a conceptual Her vision is fueled positioning in the liminal space between these domains.

Her art group art shows curated by Bose Krishnamachari have been shown at Bodhi Gallery, and Gallery BMB in Mumbai as well as at The Teatro Armani at the Wallpaper International Design exhibition. She works extensively with textile embellishment and the woven artifact as a means to communicate the narrative, and most of her works tend to be installations that use multiple materials that eke out a symbolic abstraction.

Nisha Mathew Ghosh began her artistic practice over 25 years ago Nisha M and has become a renowned name not just in the Architectural community in India and Internationally, but also in related domains of artistic practice. Some of her seminal works are the architectural and landscape project for The Bhopal Gas Tragedy Memorial (which won the Chicago Atheneum Honorable Mention in 2007), as well as House of Stories and The national Military Martyrs Memorial. Her collaborative architecture practice with Soumitro Ghosh was named collabo as one of the top 50 in the country in 2014 and thereaŌer in consecutive editions and is an internationally acclaimed Indian conceptual practice. 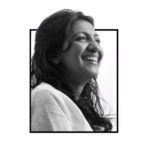