The extremely scenic site overlooking small hillocks is located 35 kms from Indore in the outskirts of MHOW (Madhya Pradesh). Both the client and his wife are spiritual people practicing yoga and meditation. The brief for the site was to design a meditation center. It is believed when one meditates under a pyramid built at a specific angle of 51 degrees the energy concentrates at the apex of the pyramid and the benefits of such meditation are manifold. The site area is approximately 5600 sq.ft and the requirement was to build 3 pyramids where people could stay and meditate and a small pantry area.

On our first site visit, more than the site itself, one was overwhelmed by the extremely scenic surroundings and breathtaking views of the mountain ranges the site overlooks. This feature of the site, also formed the main narrative of the site planning, where we divided the site into three terraces such that one pyramid could be placed at one level without blocking views of the other and each pyramid has a private area of its own. We envisioned that the campus could be rented by either one complete group, or each level and pyramid by individuals as the design facilitates areas of confluence as well as privacy due to three different levels.

The architects vision in this case was to go beyond the program and give the clients more by making use of the full potential of the site. As the site is very remote, we tried to create more amenities so that the project doesn’t just remain a meditation centre but also a spiritual, recreational retreat . It provides a weekend getaway from the hustle bustle of city life, where people of all ages can come and feel rejuvenated.

We envisioned the place as a ‘Healing Garden’- a place in the lap of nature which facilitates spaces for meditation, stay, a restaurant and café to cater to the needs of the visitors and also capable of generating revenue with recreation facilities like sports & spa centre.

The site was a plot of dimensions 80’x 75’ with undulating land profile and a height difference of approximately 20’ from the highest to the lowest point overlooking the hills. The idea here was too create a tropical garden , so that one enters a dense landscaped area in midst of which pyramids are placed. We proposed to have three terraces of 25’, 20’ and 25’ respectively using the site gradient, each having one pyramid and other amenities. It was decided to place pyramids of dimensions 16’x16’ with attached toilets and baths. A flight of steps from plot boundary(under which the servant quarters and electrical services are placed) takes us to the second level (20’ depth). This level hosts main entry , admin, reception and multipurpose room and the pyramid at the other end. The central space was kept open so as to provide for circulation to the other two levels.

Separate flights of stairs take us to the other two 25’ width levels. At the lower most level, apart from the pyramid we proposed to have a Space for Spa, Sauna, Massage etc. the roof of which becomes an extended terrace for the level above. An amphitheatre and a small room for sports has been proposed at this level , with open area in front .

Locally available Basalt stone with local artisans were employed to create the plinths as well as retaining walls of the levels. Dry construction involving Mild steel and Cement sheets and shingles was used for the construction of Pyramids and rooms.

The concept was to keep the feel of the project very rustic therefore, for room flooring kota stone was used, while rough black cuddapah was used for tiling the bathrooms and kitchen. Tropical landscape plants were used as primary tool for landscaping. Bamboos being used for screening the boundaries of the site, while palms and grasses of different varieties for the general landscape. 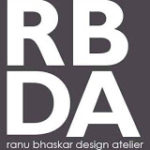