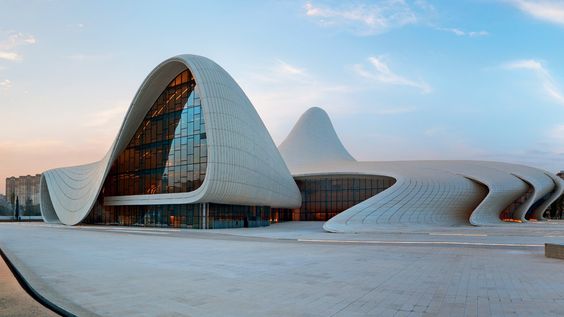 We carry forth our discussion about ‘Photoshopped Architecture’ and attempt to navigate the distinction between artistic liberty and representational integrity – at the intersection of which architectural photography currently lies. Does the beauty of the shot trump the reality of the building? Or is this inherent mistrust of the medium the real problem?

We invited the opinions of Tanya Khanna, the founder of Epistle Communications, and Shruti Hemani, Associate Professor at Aayojan School of Architecture, to reconcile the academic as well as commercial aspects of this issue.

When asked about the ideal medium for portrayal of buildings, Khanna tells us, “Drawings, Text and Infographics – all of these tell a story together to communicate design ideas.” She brings to this discussion her valuable insight about how architectural projects can – and should – be represented, and talks about how relying on photography alone can be problematic, “Scale often gets completely distorted in photographs, and the sense of place is often never conveyed due to photographic limitations. Also, photographing a building before it is inhabited, without any people in the shot, is quite misleading – and renders the space as purist, rather than rooted in reality.”

It’s a point worth pondering – especially given how modern media and architectural magazines are increasingly publishing images that make these buildings look untouched, almost pristine – often lacking (or perhaps purposefully leaving out) their socio-cultural context. These solemn monoliths jutting out of perfect landscapes do not exist in the real world, where each building grows and evolves with its users, and is in constant interplay with other buildings in the vicinity.

Buildings do not exist in isolation, and their imagery shouldn’t either.

She expounds upon her stance and addresses all forms of post-shoot touch-ups, distinguishing between visual emphasis and clear deception, “Manipulation to distort scale, design and intent is unacceptable. However, manipulation to highlight focal areas or details – for example, a portion rendered in colour as a highlight in an otherwise black and white photograph – adds value to the perception and interpretation of the image.” It is an excellent argument in favour of ‘Photoshopping’ – after all, any and every digital adjustment will be branded with the same label, and it is imperative we distinguish between what can be deemed ethically unacceptable, and what is a mere tool to attract attention.

Shruti Hemani, however, has a more liberal stance – one that skews in favour of artistic expression and individual choices. “Architectural Photography (i.e. visuals of built environment after it has been built) can be open to photographic experiments, unusual experiences and play”, she says, maintaining that the vision of the photographer is just as important a factor in depiction of architecture, especially given the case of ‘passive manipulation’, which involves staging and deliberate perspectives and are as much of a medium of self-expression as they are a method of reporting.

“On the other hand, I will argue that post-construction Architectural Photography (i.e. visuals of built environment before it has been built) has a more responsible role to play and promises to live up to.” She adds, delineating the difference in the role and responsibilities of captured images and computer-generated visuals, especially given how the latter is used almost exclusively for marketing purposes, “In this context, I will agree that ‘photo-wash’ might be misleading.”

“Having said that, the former too has a certain degree of responsibility in putting forth the role and relevance of architecture in the society,” Hemani tells us, taking the issue from its limited scope of portrayal of buildings to the larger impact of such imagery on contemporary design trends and relevant discourse, “by portraying what is desirable and what is not, the imagery would then dictate what eventually becomes an accepted norm of architectural aesthetics.” Life imitates art, indeed.

“This shift from drawings to photographs often represents an approach that is driven purely by a visual aesthetic – it is not an ideal situation,” concludes Khanna, commenting upon what this shift of preference indicates for the profession, and the society as a whole, “Theory, academic concepts and deep-rooted thought is often lost in this translation; and of course, it also means a shift from the technicality of architecture – the process and the putting together of a building – to its reduction to a mere visual.”

Anupriya Saraswat is a content editor for Architecture Live! who recently graduated from Aayojan School of Architecture, Jaipur. She has a penchant for writing and research, and seeks to combine curricular learning with contextual pragmatism to deconstruct, interpret – and ultimately – contribute to contemporary architectural discourse. 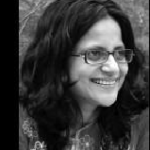