HOUSKINS, at Ghaziabad, by Plan Loci

HOUSKINS, at Ghaziabad, by- Plan Loci 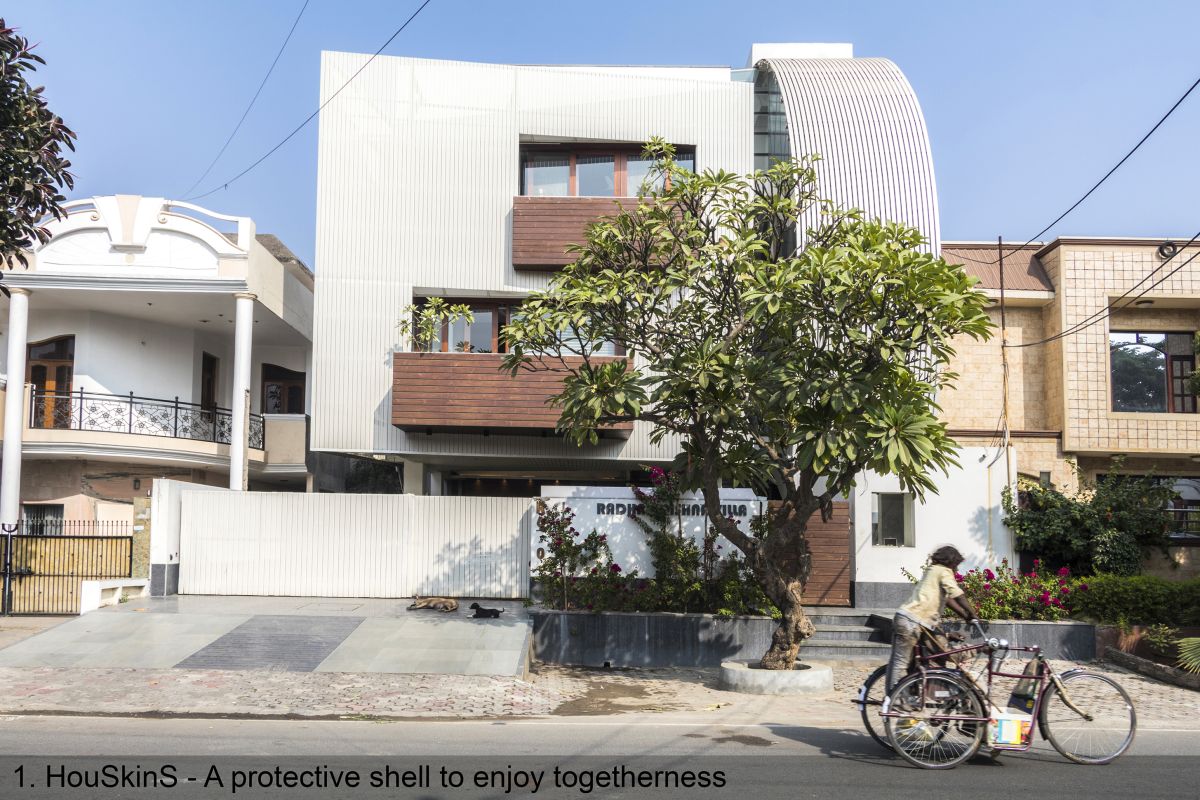 The solitary sign of the omnipotent existence of nature, the rich green canopy of the surviving champa tree stands in stark contrast to the simple and austere appearance of the pure pristine façade of the dwelling called HouSkinS.It uses the metaphor of human skin as the thin layering of tissue forming the natural covering of the body of an individual, inherent with the ability to shield yet remain in contact with the external world as the genesis of design thought. HouSkins is conceptualized as a minimal, light and humane interface.

HouSkinS creates a multi-layered protective shell for the family to enhance their sense of belonging and togetherness, as it creates a multi-layered spatial experience for the insider as well as the outsider. This experience originates with the moment of pause actuated by the gesture of reverence demarcating the champa tree and thefragrance of the champaflowers that invites within. Conceptually connecting to this tree is the core of the dwelling, a voluminous interactive space for the family that ties all the various levels and offers access to the temple that appears to stay afloat.

These three elements- the tree, the core and the temple, and their relationship,give clues to define the first design strategy- the sacred axis. This north-south axis connects the existing object of reference in the vicinity (the tree) signifying the natural centre, the created spatial core being the heart of the house (the family interactive centre) and the spiritual centre (the mandir) at the far end of the site. The sacred axis become the prime principle for further organization of other spaces according to user requirements.

The second design strategy is in vertical segregation of spaces.The ground being entirely dedicated to public interface, the first level being semi – public and the top floor being completely private. The ground floor comprises of large gathering hall with a spacious covered verandah with a surrounding water body and edge plantation along with an office space. The first floor has the living, dining, kitchen, two bedrooms  and the mandir.The second floor has two bedrooms and a pantry. 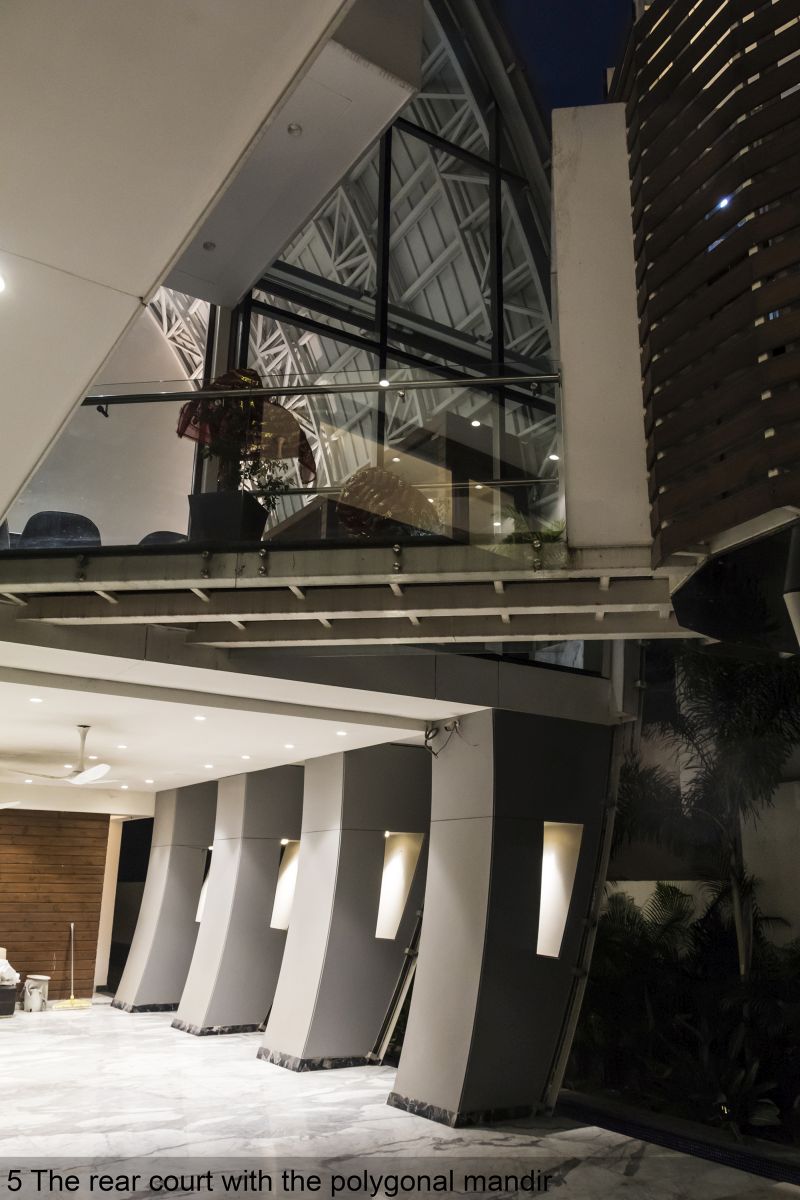 The third design strategy is a system of paths that allow for preferred directions of movement through the building. The three paths – the direct entry path in the public congregation space on the ground floor, the diagonal path from the family living space to the contemplative zone (the mandir) on the first floor and on the second floor, the parallel path linking the private spaces horizontally and provides a vertical connect to the family space below. The staircase serves as the perpendicular path that links all the levels to form an integrated whole. 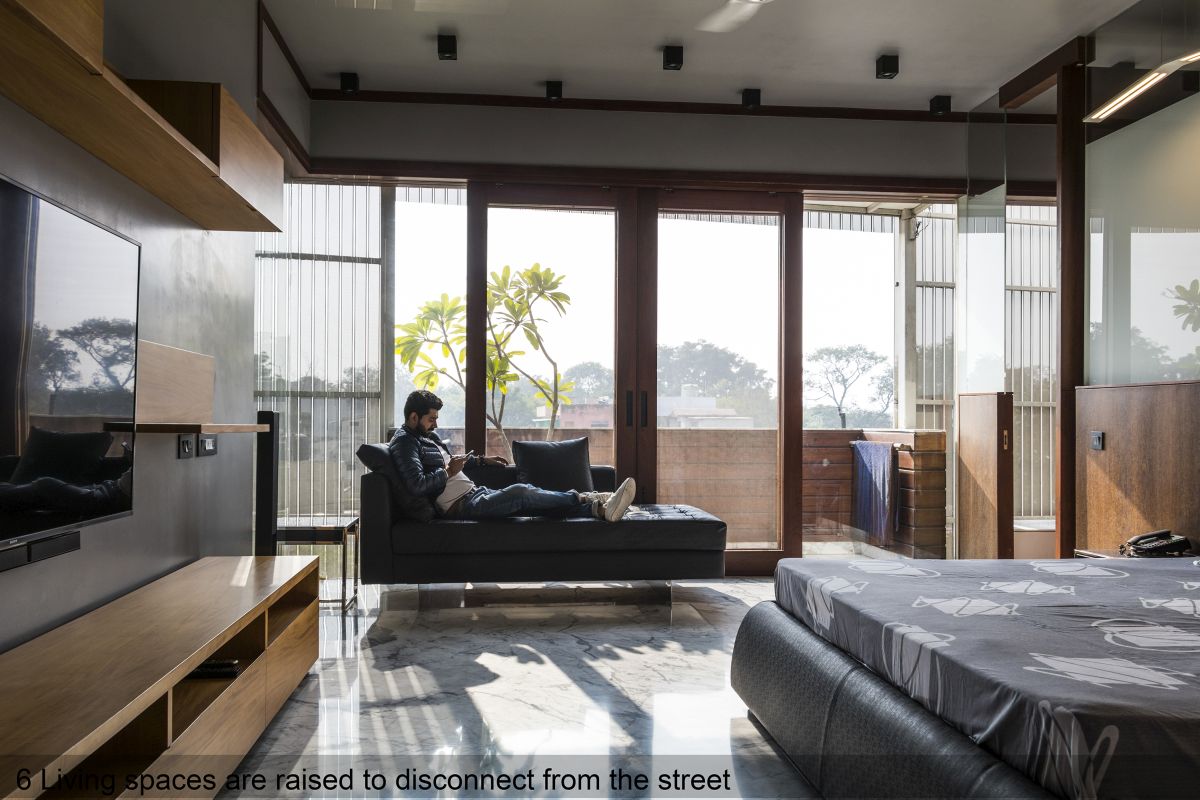 The path from the entry goes through the porch into a lobby space connecting the formal gathering functions at ground level and the staircase to the upper levels. The ground level is maintained as the most public, with a formal leisure space to entertain guests. This space opens up into a semi-covered vernadah defined by solid piers with integrated light features that illuminates this level attributing to it a sense of ephemerality during the night. The heaviness of structure dissipates in this luminosity concluding the experience with a streak of water lined with palm trees and a shallow water pool. The temple (mandir) with its inclined columns, emerging from this waterbody resides in this silent quarters of the rear court culminating the north-south sacred axis. 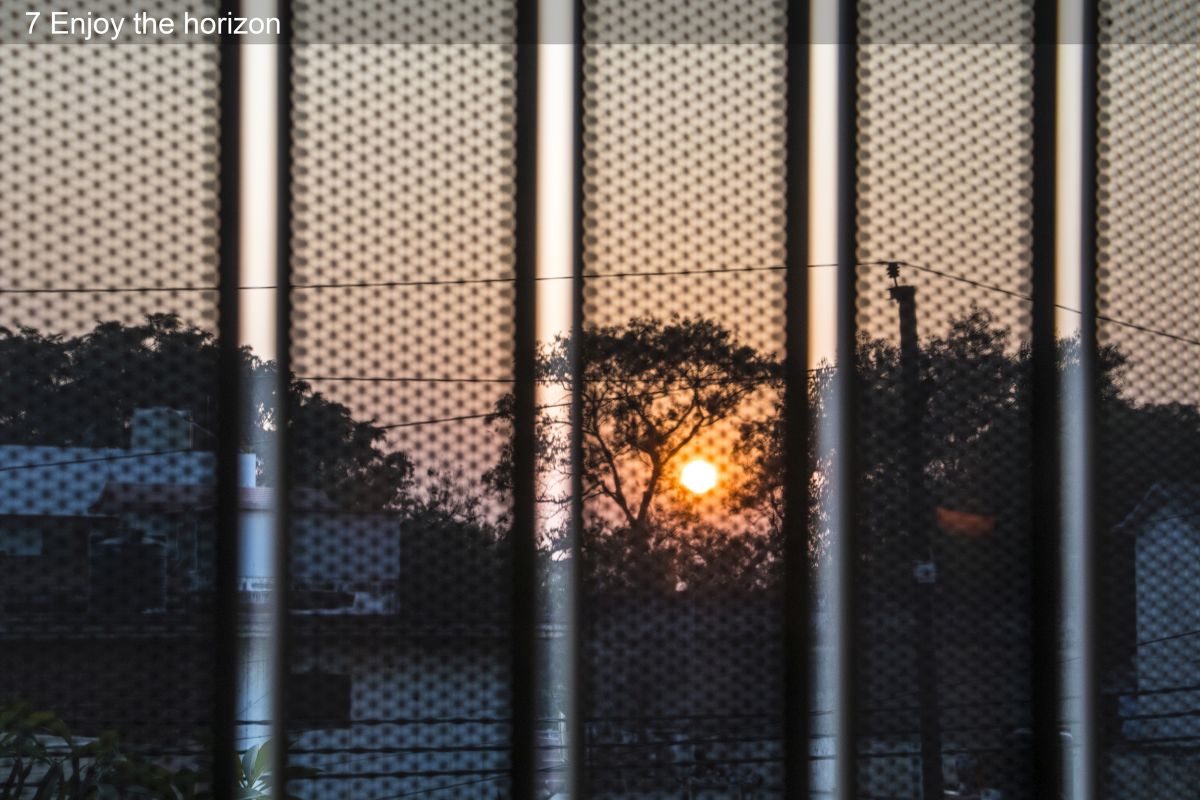 As one transcends to upper levels using the stairs within, the visual link to the outside is contiguously maintained. Externally, the staircase volume curves and vanishes into the realms of the unknown yet fundamentally serving as the bracket for the known and the familiar within the home, the cycle of life itself. The first floor level expands into the curved voluminous interactive space forming the heart of the house. This central core creates an optimal connection between all the levels of the house internally, making it a critical shared zone amidst the public and the private. The kitchen adjoins, symbolically placing the hearth within the core and embuing it with the quintessential quality in every home- warmth! At this level, there is a bedroom that overlooks the polygonal temple floating atop the water much like diyas in a river during festive rituals. The disjunctive form of the temple supports in maintaining the special status as the spiritual centre and is accessed through a bridge. The other bedroom overlooks the champa tree and the street beyond. 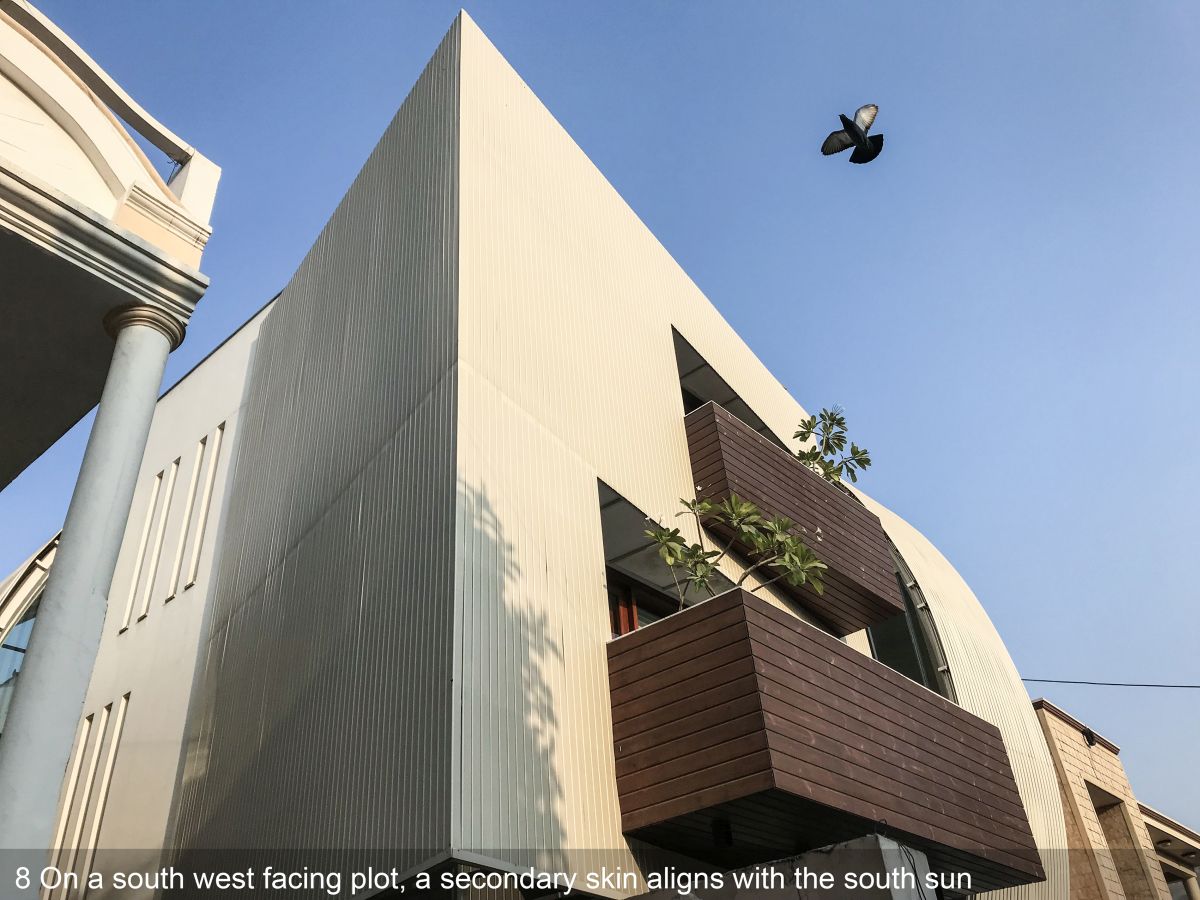 The curved form displaces space as it brings in desirable natural light, contains the internal volumes of the built and moves away from the immediate neighbours respecting their space and privacy. The curve fades away reaching out to the sky. The presence of the volume dissipates due to the curvilinear form, the floating structure and perforated screens, the otherwise solid statement gently transforming into ethereality.The other living spaces fit within and are raised at second floor level, to disconnect from the street and to enjoy the view of the horizon. The topmost level consists of service functions and provides access to the terrace. The intermingling forms lay disclosed when viewed at the top. The juxtaposition of volumes, as two curved metal forms enclosing the cuboidal concrete and glass clarifies the interior experience. The major curved form contains the primordial hearth and the living areas, becoming the pivotal space internally around which the house functions. 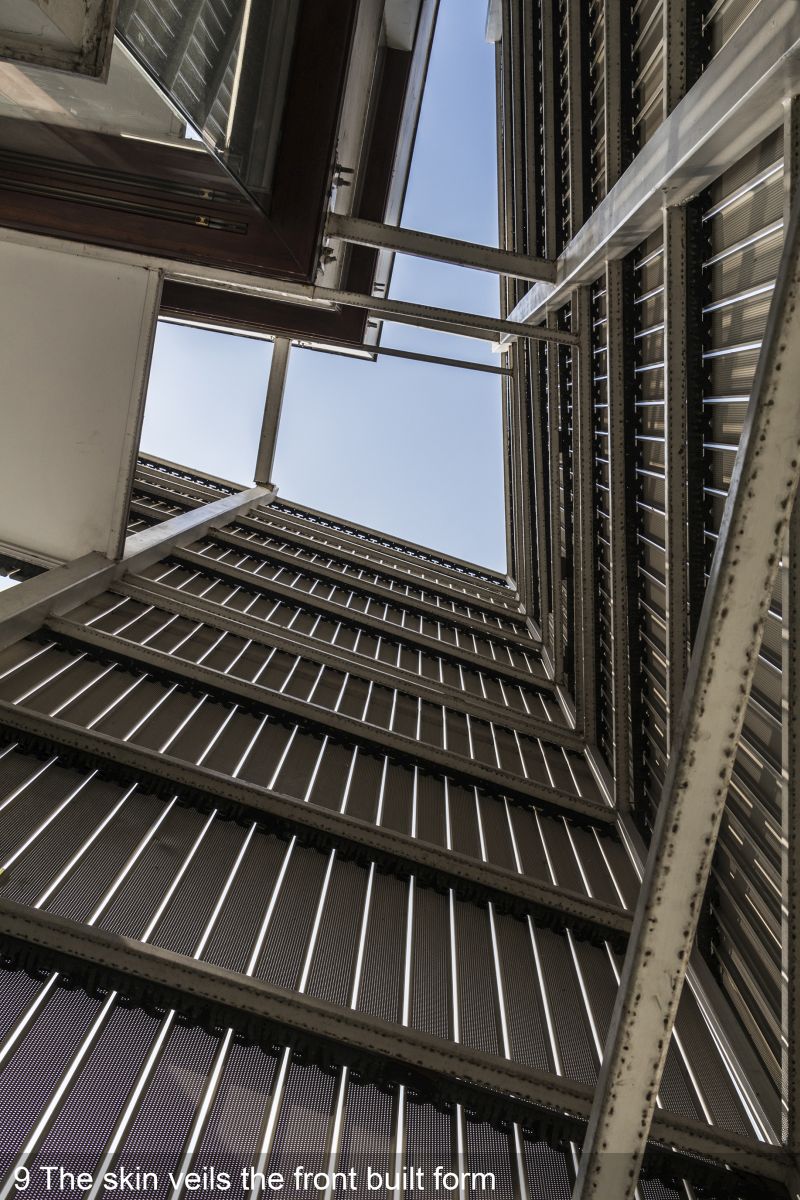 The landscape design scheme celebrates and magnifies the only feature, the champa tree by repeating it within the balconies of upper levels thus forming a pattern of greens integrated with the subtle façade. Towards the front of the house, as the foliage of the existing champa tree is a source of joy for people residing at upper levels, the newly planted ones turn into a emblematic reminder of veneration towards nature. While the water features and verticality of the reiterating palms lend a calming quality to the rear court at ground level, the upper levels sense the bursting of the palm leaves, swaying with the slightest breeze. The green layer repeats within the three punctures in the curved interactive core serving as one more screen between the inside and the outside. 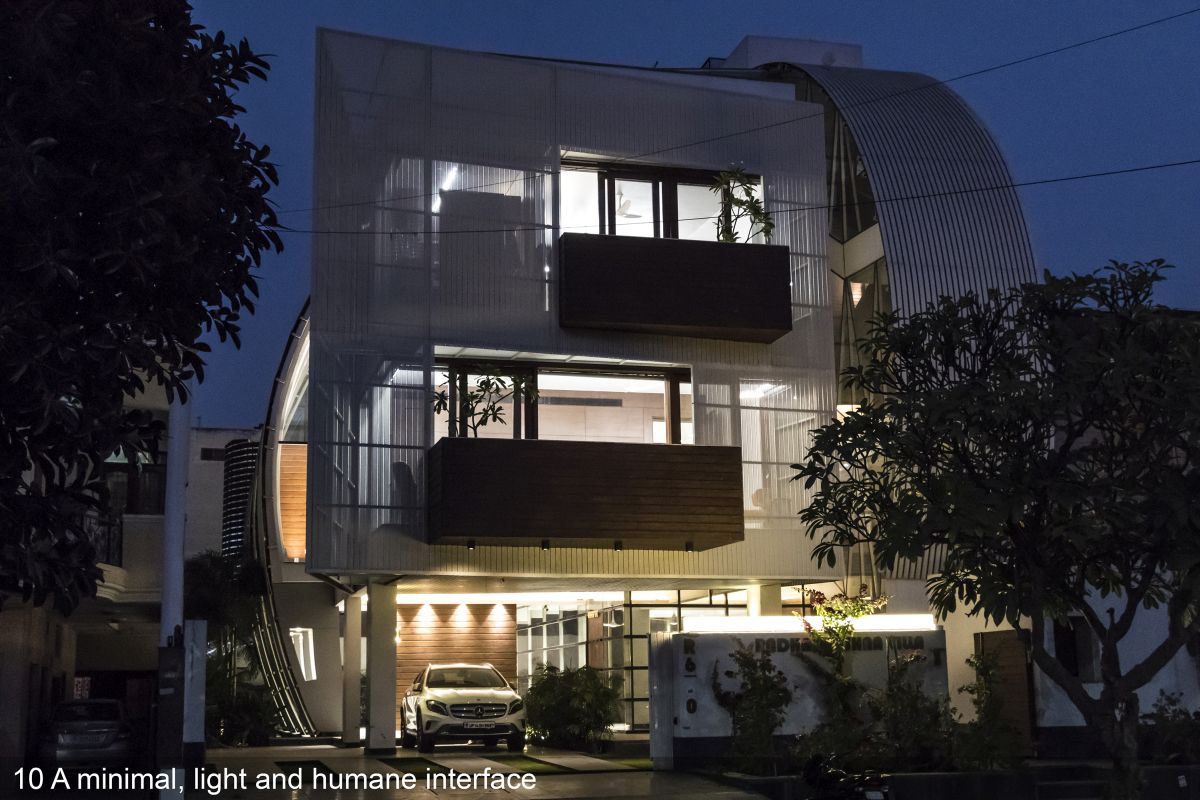 The building skin is especially designed in layers to allow for an appropriate response to climate. As it is on a south west facing plot, an environmentally responsive secondary skin aligns with the south sun and veils the front built form. This screen in the front façade floats and aligns to the south shading the bedrooms for the summer days and the balconies project out to enjoy the winter sun. The entire skin is designed to be breathable having an air gap between a solid inner and a louvered outer layer. Glass is tactfully provided to give a spacious feel in the interiors, either in the recesses of the forms next to stairs and the living rooms. It is generously used in the north and is shaded by perforated screens when used in the southwest. During the day, the white louvered outer skin with wooden apertures (the balconies) lend itself to form the white austere immaculate appearance exuding a stillness and serenity in the middle of the visually busy built landscape. As night approaches the placidity of the façade transforms into a living image infused with the dynamism of life processes, the transparency of this layer is revealed as the interiors light up. The building that seemed solid in the day takes on a renewed dimension by night, transmuting into a stunning sheer of sublime existence. 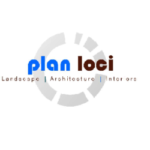 0 replies on “HOUSKINS, at Ghaziabad, by Plan Loci”