Hall of Nations: heritage or history?

The Delhi High Court’s decision to stay the demolition order for the Hall of Nations (HoN) until the Heritage Conservation Committee (HCC) gives its verdict comes as a quiet note of conciliation after the cacophony of the tussle between the authorities and the architectural fraternity over the convention centre’s fate.

While it remains to be seen whether the building will be razed or preserved – the HCC was reported to be convening on the 6th of February to discuss the matter, but no information has been released since then – this issue is yet another case in point about how flippantly the government treats matter of public infrastructure when faced with the prospect of ostensible ‘progress’.

Since the decision of the ITPO to demolish the various buildings from the Pragati Maidan (including the Nehru Pavilion and several exhibition halls) came to light in November 2015, there have been several pleas and petitions – and even a PIL – asking the quasi-government body to reconsider the move, all of which have fallen on deaf ears.

ITPO has come on public record as stating that this redevelopment – a 2500 crore project – is essential for opening new vistas for India in the global commerce scene, referring especially to the G20 summit that they intend to host in the new ‘world class exhibition centre’. They maintained at the appeal hearing that the dilapidated condition of the current buildings was the reason the Auto Expo was being held in Greater Noida for the past few years, further urging the Delhi High Court to not interfere with the proposed demolition given the legitimacy of their claim on purely practical grounds.

A key voice in this movement has been that of INTACH’s; it has cited the HoN as being a part of our modern heritage, and justifiably deserving of protection. The sentiment is echoed by Mahendra Raj, the structural engineer responsible for the masterpiece, who said, ‘These buildings are a reflection of what India was in the 1970s. Destroying them will be as much disgrace as destroying any historic building.’  It is this appeal to consideration for the building’s significance – above and beyond its immediate usefulness – that has been the driving force behind these calls for conservation.

This leads us to ask – what exactly constitutes heritage?

The buildings on Pragati Maidan – HoN chief among them – are insignia of a sovereign state. In fact, Raj Rewal’s masterpiece was built specifically to celebrate 25 years of the country’s independence, a feat it managed by its very configuration; it showcased how India had grown post-1947 – taking inspiration from the west, but not cow-towing to it. With the delicacy of its intricate jaalis combined with the monumentality of its concrete structure (which was hand-poured and created in-situ, given the lack of access to abundant steel), HoN was a dignified testament to our self-sufficiency – an icon of the aspirations of a secular, socialist nation which relied on its technological and intellectual accomplishments to find its feet.

The Hall of Nations captured the public imagination, and justifiably earned its place in the contemporary discourse around art and architecture; from being featured on postage stamps to being celebrated by New York’s MoMA and Paris’s Pompidou Center (who also wrote to Nirmala Sitharaman – Minister of State for the Ministry of Commerce and Industry – to appeal against the demolition), the structure has long been considered a modernist masterpiece and played a crucial role in putting New Delhi on the global map.

It is pertinent to note at this juncture that while individual buildings are relatively non-transient, cities emphatically aren’t. They are constantly evolving organisms, each space adapting to the needs and aspirations of its residents, just as much as they influence them in turn. Public spaces of a city – especially of the scale and significance equalling the HoN – define the spirit and spectre of a city, contributing to the image-making process crucial to urban identity.

If qualification by these criterions – political and intellectual significance, cultural relevance, urban prominence and international repute – does not constitute modern heritage, what does?

We are no strangers to matters of public interest and infrastructure being held hostage to the whims and fancies of governing bodies; the very premise of policies regarding public spaces excluding the public’s opinion completely is a deeply problematic one. Several alternatives to this demolition have been proposed – including, but not limited to retrofitting and restoration of the old complex, and construction of a new convention ground on a greenfield site – but it remains to be seen whether any of those will be taken up.

The fact remains that regardless of ownership of property, nodal agencies must exhibit the greatest caution and sensitivity to the people’s desires while undertaking projects of this scale – especially when spaces that form a part of our collective memory are at stake. After all, heritage isn’t created via chance endurance of urban artefacts, but carefully curated from what we most hold dear.

Listen to Raj Rewal talking about the Hall of Nations, below:

You can sign the petition supporting its preservation here. 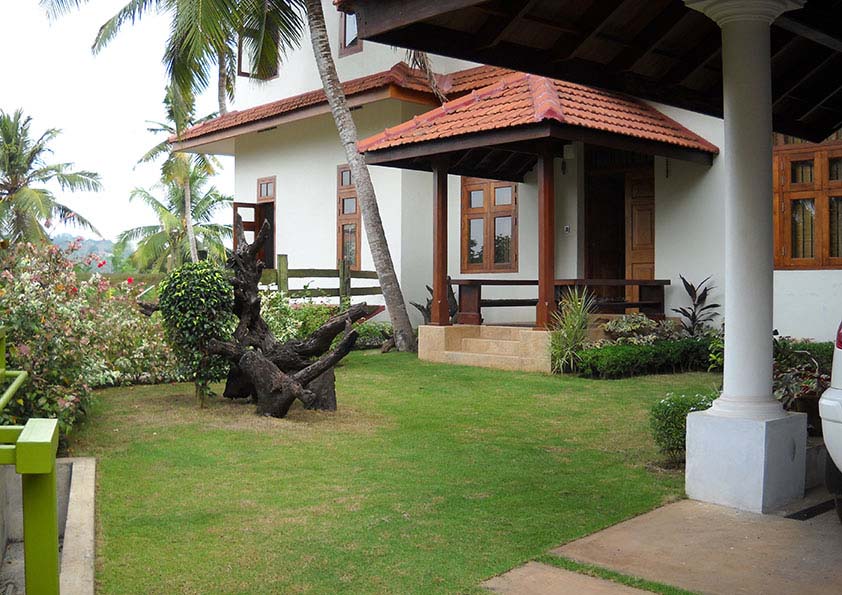 A simple white house with large timber windows, sloping tiled roof, set to stand out from the picturesque hilly backdrop, yet made to fit into the frame of the image. The little garden, in front of the house, adjoining the porch, with the free standing timber logs, placed randomly over the lawn, creates a lovely air of welcome. 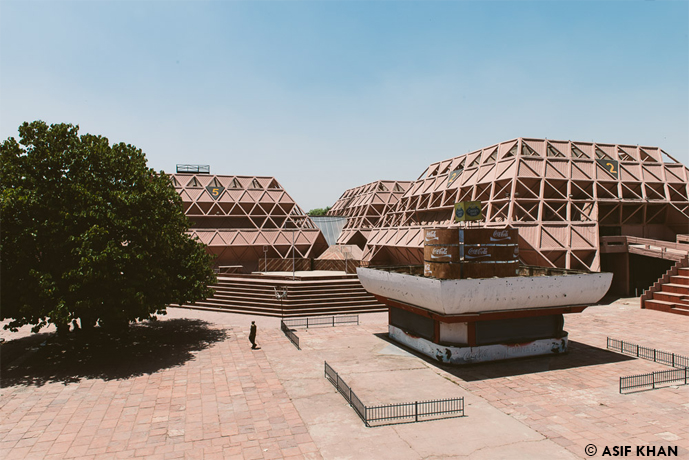