Situated in the North-Eastern corner of India, lies the beautiful state of Assam. Other than being responsible for producing fifteen per cent of the global demand for tea, the state Assam has a long history, one that spans across battles, centuries, and dynasties. The North-Eastern corner of India was home to many small kingdoms, the largest of them is the kingdom of the Ahoms. 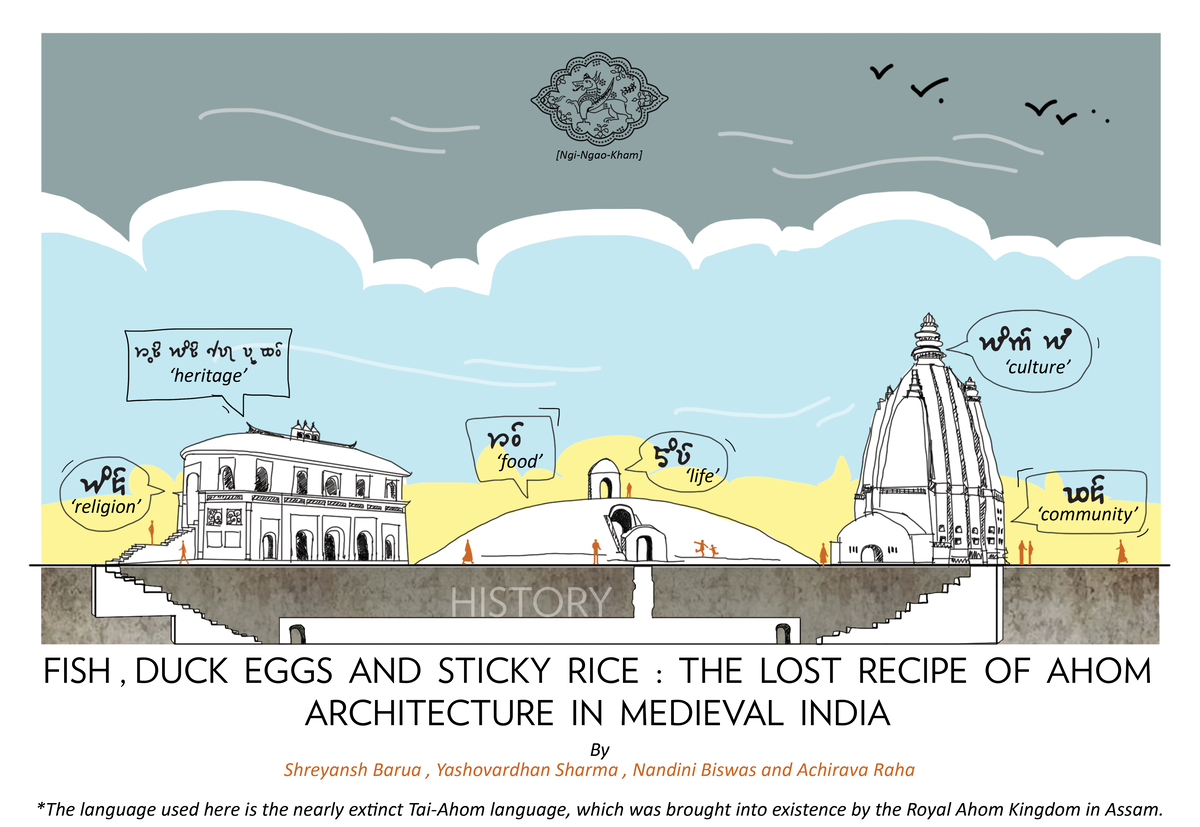 Situated in the North-Eastern corner of India, lies the beautiful state of Assam. Other than being responsible for producing fifteen per cent of the global demand for tea, the state Assam has a long history, one that spans across battles, centuries, and dynasties. The North-Eastern corner of India was home to many small kingdoms, the largest of them is the kingdom of the Ahoms. Established by the Tai prince Sukaphaa, who belonged from Mong Mao in present-day China, crossed over the mighty Patkai mountain range and settled down in the upper part of Assam, gradually expanding the kingdom across generations till what we call the modern-day state of Assam. The Tai-Ahom dynasty, famous for defeating the mighty Mughals for seventeen times were elaborate in their tastes and methods for both life and architecture. Using agricultural produce and reared poultry, in their timeless architectural structures, to strengthen their foundation and make them withstand the trials of time and geography, Ahom architecture has a sui generis nature about them. Unfortunately, with time, invasions from the neighbouring kingdoms, and adopting the mainstream cultures- the tales of their tryst with architecture were lost in the conveyance. This article aims to revise those archaic architectural practices and investigate the building technology practices from centuries ago to finally determine the reason behind their monumental stature. 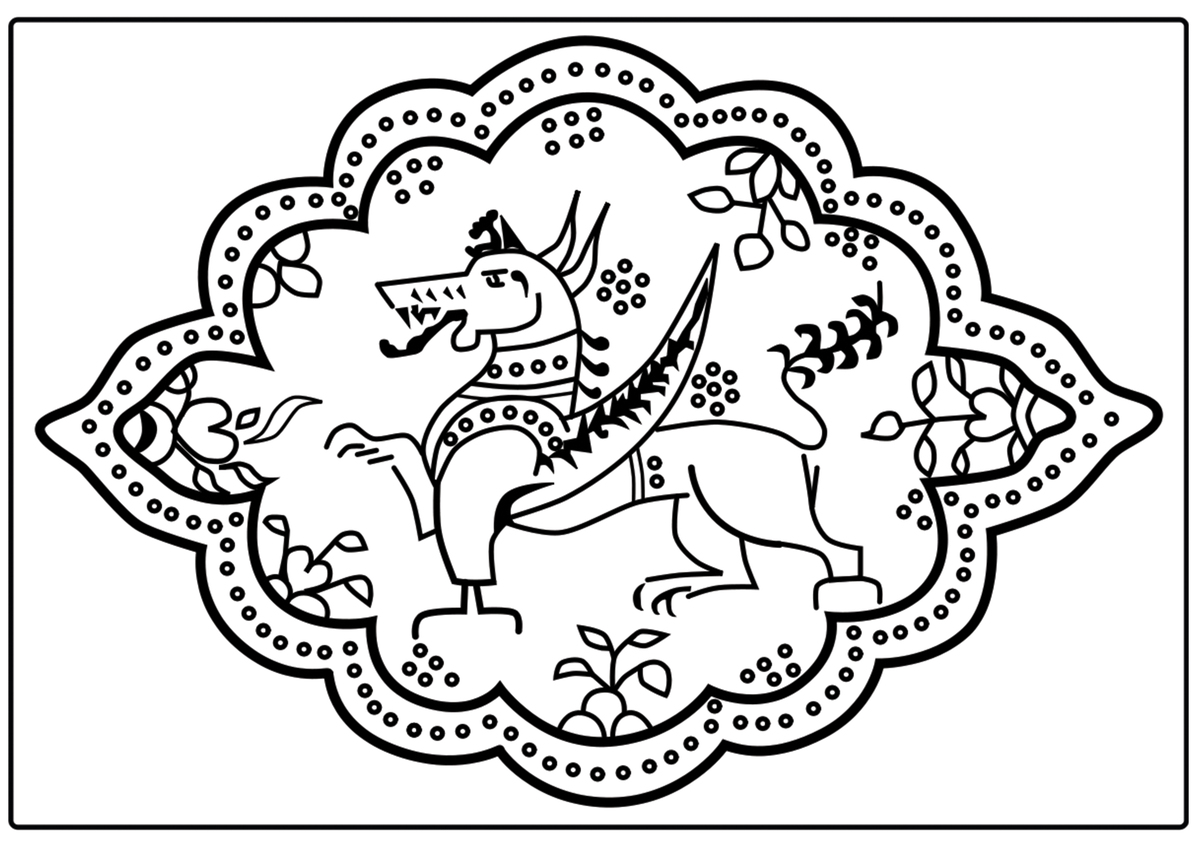 The architects of the Ahom kingdom primarily used locally grown produced and reared food products in their architectural masterpieces and applied the use of these distinctive products and procedures in their building construction technology. These architectural marvels have withstood the test of time, weather, and most importantly, the test of standing strong in a severe seismic zone. An effort has been undertaken by the authors to particularly understand their lifestyle and how their lifestyle ultimately influenced their architecture, which is still standing to this date.

The hills surrounding the then capital city of Sivasagar contained different kinds of valuable stones of various colours and textures. During the rule of Ahom kings, the works in stone went under a large-scale development. The stones were used for the construction of royal houses and temples. 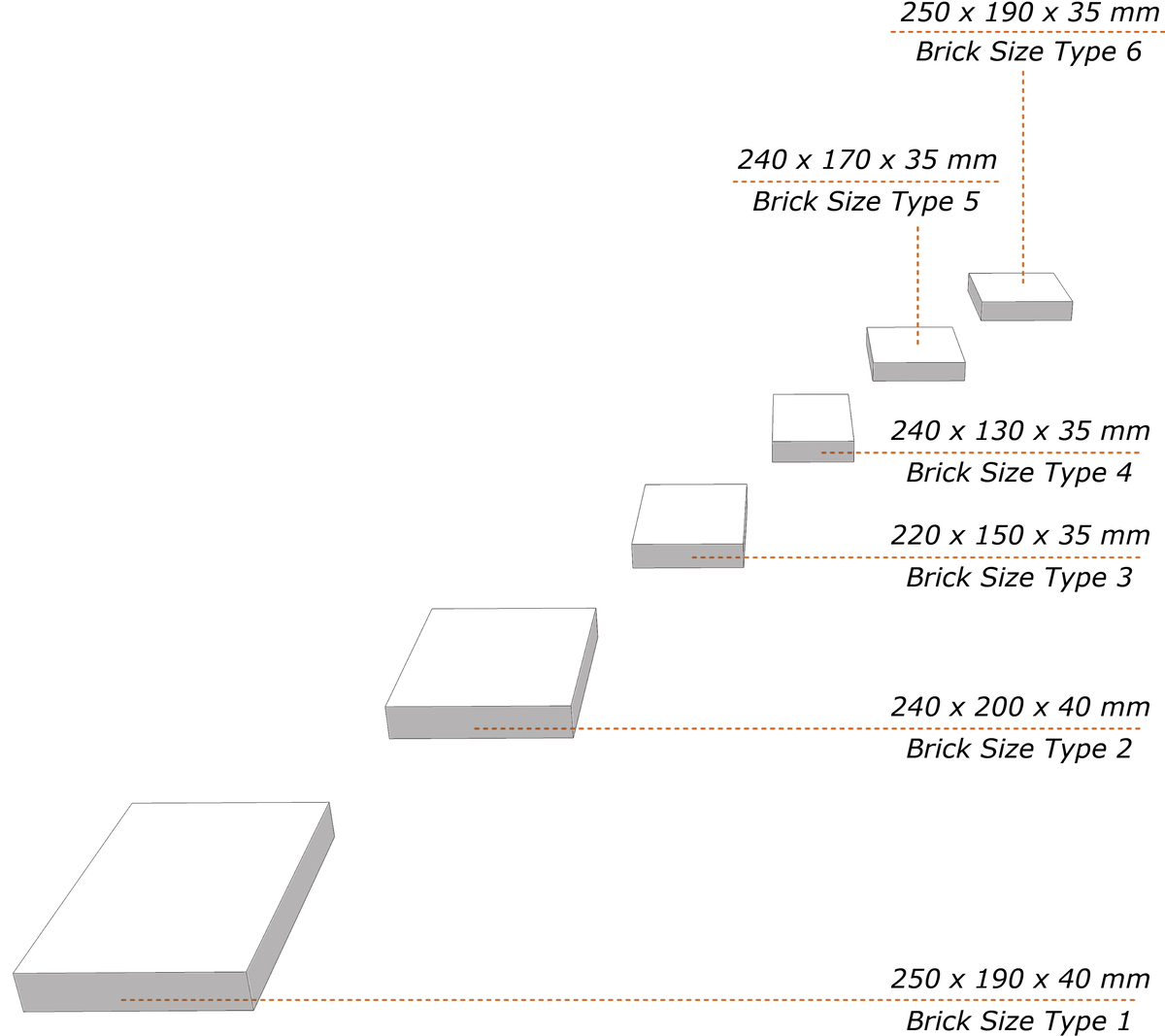 Brick making was one such industry that highly developed under the patronage of the Ahom kings. Baked bricks were used prominently in making all the permanent structures. The following stages were involved in the preparation of bricks:

It has been discovered that the bricks were fried in mustard oil, as mentioned in the chronicle by Chang-Rung Phukan stored in the Royal Library

known as the Gandhia Bharal. The reason being to make the bricks more brittle and durable by nature. The contriving of seven maidams at the Charaideo Maidam burial ground was one of the earliest examples to show the prolific use of bricks during the Ahom rule in Assam, India.

The bricks were then mixed with albumin or duck egg white to make them hard and smooth. According to a famous researcher Edward Gait, the bricks were burnt almost consistent with tiles used in the present day.

There were some unique methods involved for the creation of architectural elements like frames or windows which happened at the royal brick kiln:

After burning the bricks, they were coloured with the blood of leeches, which were grown specifically for this purpose in a wetland swamp called Joktali.  Buffaloes were kept in that swamp area so that their blood could be sucked by the leeches. The blood was then collected by cutting the leeches with razors to colour the burnt bricks. It was said that the blood would turn the burnt bricks stronger and more resistant to any natural disaster, especially earthquakes. 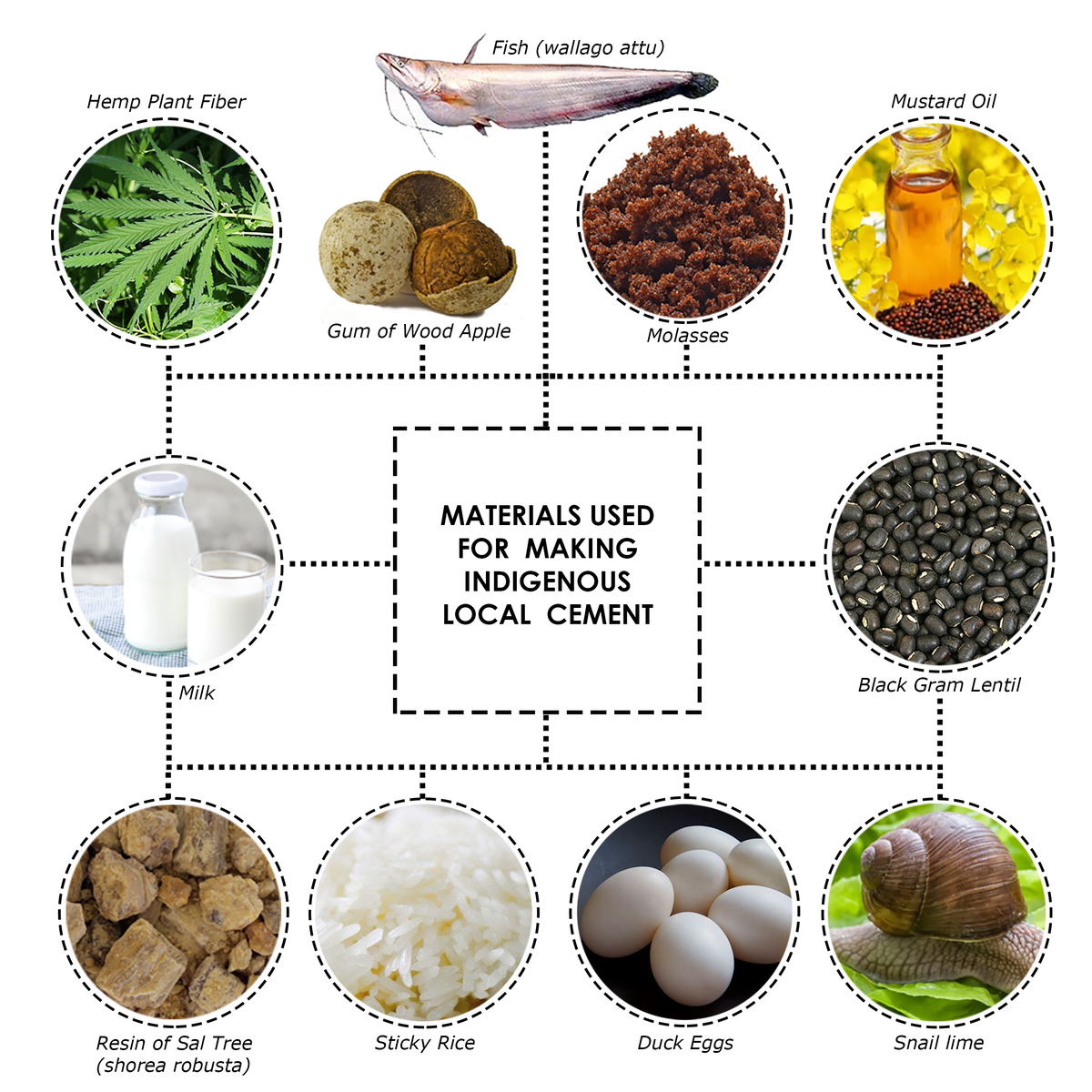 In Assamese language, cement is called karhal. It has been stated that the use of cement in Assam was very limited and its sole purpose was for constructing masonry houses and palaces. Hence, they believed to produce the cement locally using various food ingredients. These ingredients were sticky rice, snail lime, stone lime, Mati maah (vigna mugno), hemp (a kind of plant fiber), molasses, duck eggs, gum of wood apple, milk, Borali Mach (wallago attu), mustard oil and resin of sal tree (shorea robusta).

The authors have observed that the Ahom architecture in Assam was heavily influenced by its local heritage and local elements. Natural surroundings, flora and fauna, occupation, water elements, and the available materials were the major inspiration behind the architecture of those times.

Materials made from animal products and vegetable extracts and rice, and other grains show the self- sufficient and ample lifestyle they led during their time period; everything was made and experimented with whatever was accessible around, promoting the local usage. This was the main reason behind their strong resistance against all the devastating earthquakes which happened in Assam till date and hence, they stand today as proud memoirs of reign and time.

This research looks at the neglected dynasty of the Ahom kingdom, their architecture, and their culture, but most importantly pays homage to their rich architectural history and understands their lifestyle. Regrettably, the Ahom language has become nearly extinct along with their culture and rituals but propitiously the descendants of the Ahom region are making efforts to revive their heritage.