Many times it happens that the architecture that is appreciated, lauded and celebrated by the architectural fraternity, doesn’t appease the actual users. Architecture is experienced differently by different people, by the architect himself, by other architects, its actual users and a passer-by. Following is the case of Gujarat High Court Building, designed by Dr. Bimal Patel, where he himself shares the importance of taking users’ inputs at every stage of design and thus making the design process inclusive.

Dr. Bimal Patel is the President of CEPT University in Ahmedabad, and leads HCP Design, Planning and Management Pvt. Ltd., a leading architecture, planning and project management firm. From his impressive roster of architectural design built up over more than 25 years, one in particular made him speak up about his experience. The Gujarat High Court’s end users were unhappy with the design, citing long distances between courts. Many changes were enforced during the construction too. Often in cases like these, the design envelope falls away to make room for the users’ wishes, for it is they who will ultimately be using the building in question, and their perspective holds merit. Dr. Patel goes on to share his views on the many challenges a designer faces in the field, not only with the project, but how it should appease the various people behind it and its users. 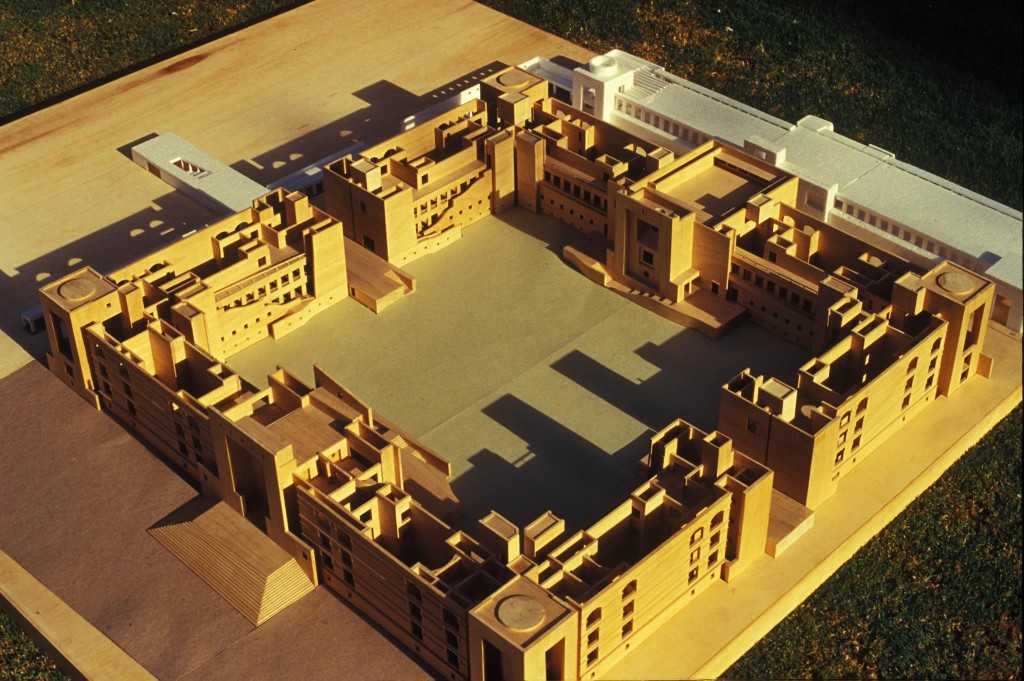 Ahmedabad’s lawyers were unhappy with my design for the Gujarat High Court. It required them to walk long distances from court to court and many of them had to visit several in a day. Having worked very hard on this project for many years, this was a bitter verdict to digest. It also taught me a simple but important lesson: while designing a building make sure to get inputs from everyone who is going to use it. 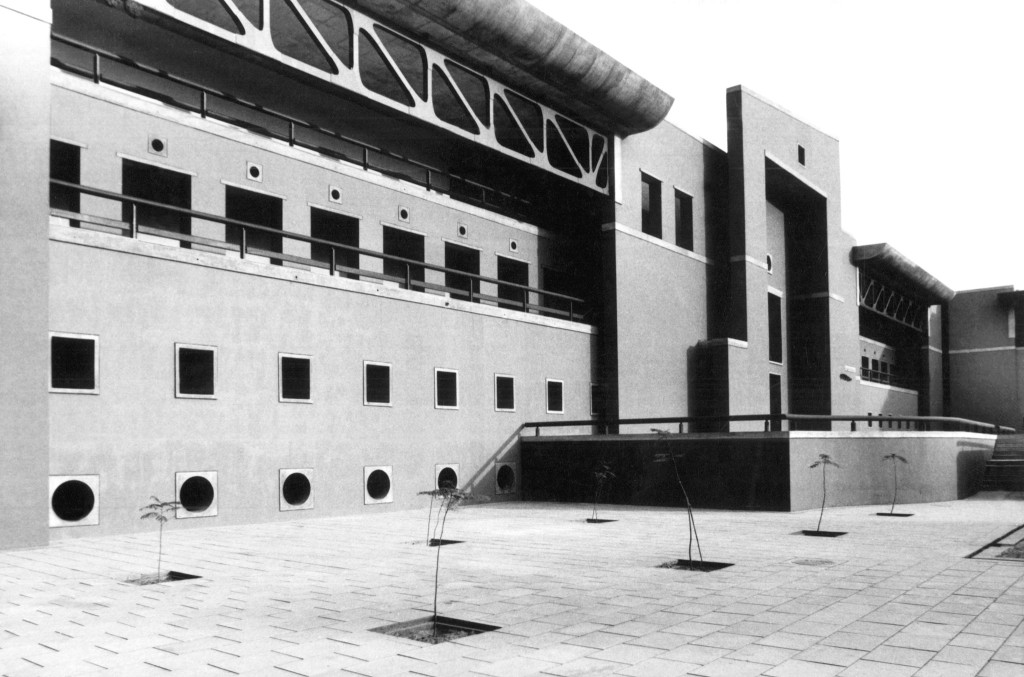 We designed the High Court using requirements that the Roads andBuildings Department (R&B Dept.) of the Government of Gujarat gave us. We also took views of the Chief Minister into consideration. Unfortunately, I did not insist enough on getting the High Court’s inputs or on having them review the design. We commenced construction after the R&B Dept. approved the design. 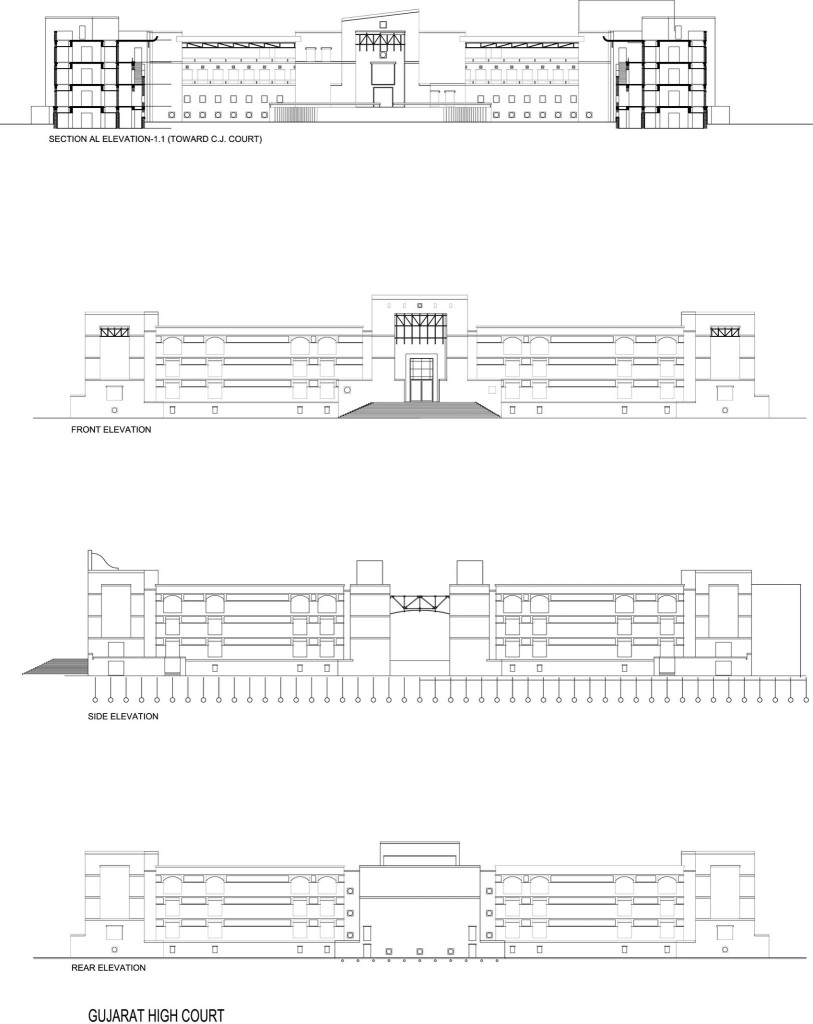 Within six months, a forceful new Chief Justice had the construction stopped. We had to modify facilities for Judges and administrative offices. I asked the Judges for an opportunity to interact with officers and lawyers. However, when they told me that no interaction was necessary because Judges knew enough about functioning of the court, once again, I did not insist.

Sure enough, after the construction had progressed another year or so, the Bar Association protested to the Chief Minister. The design could not be significantly modified but facilities for Bar Association members had to be expanded. 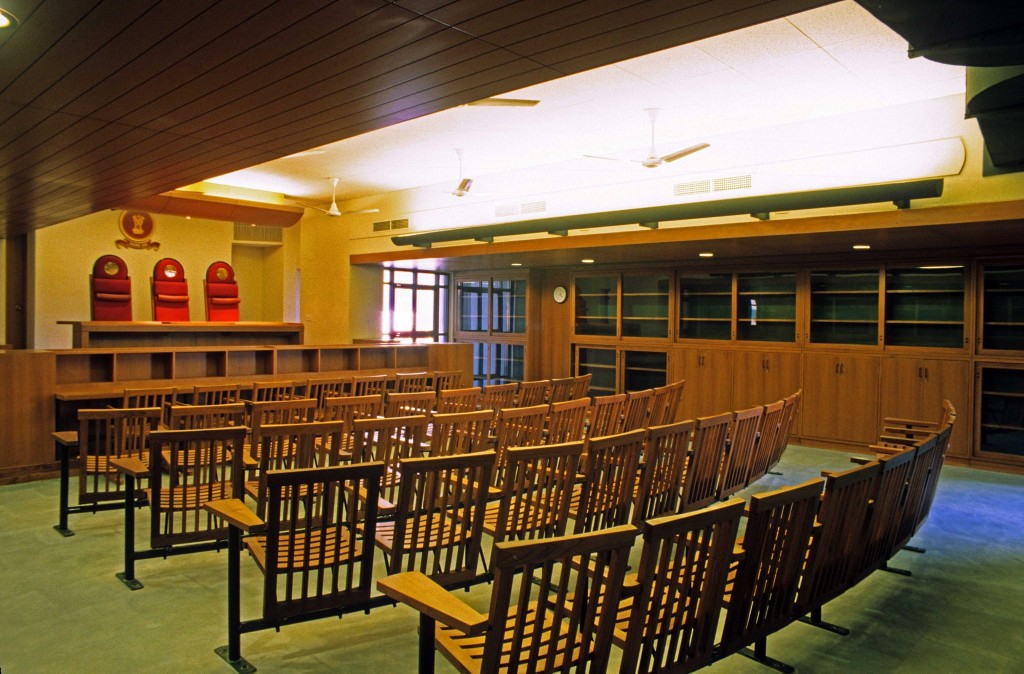 When interiors were ongoing Court Officers threatened to not move to the new facility. We had to provide attached toilets for key officers at the last minute!

While designing a building make sure to get inputs early from everyone who is going to use it! But note two things.

First, seeking everyone’s inputs does not mean that everyone can be pleased. Preferences, priorities and requirements vary widely. A good design does not pander to everyone; it must have integrity and coherence. Getting inputs early makes it easier to design well. 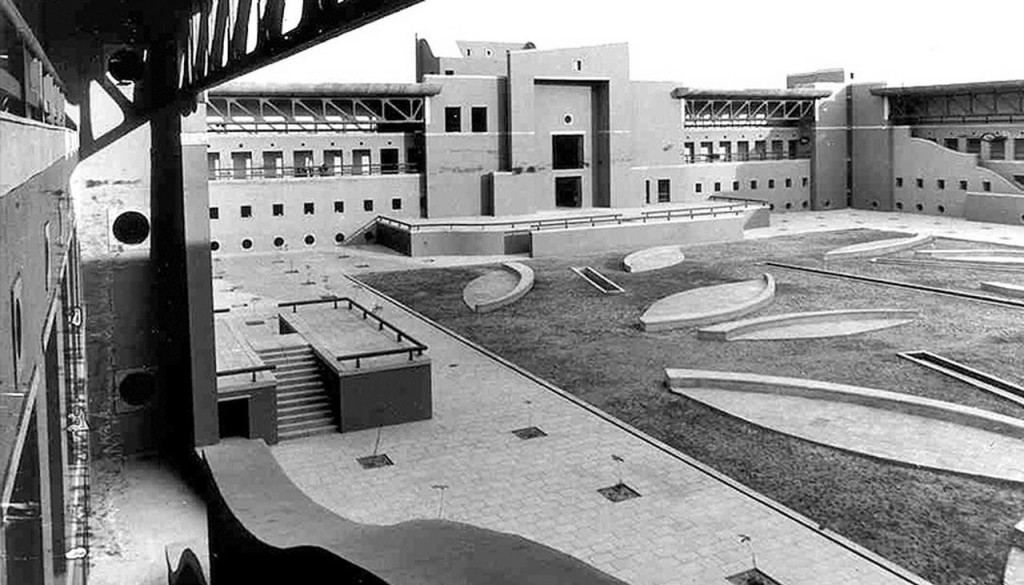 Second, getting early inputs is not easy. People at the top often do not really want inputs from below – they think they know better. People below often do not want to give constructive and timely inputs – it is easier to crib later.

Regardless, the designer holds responsibility for what finally comes up. 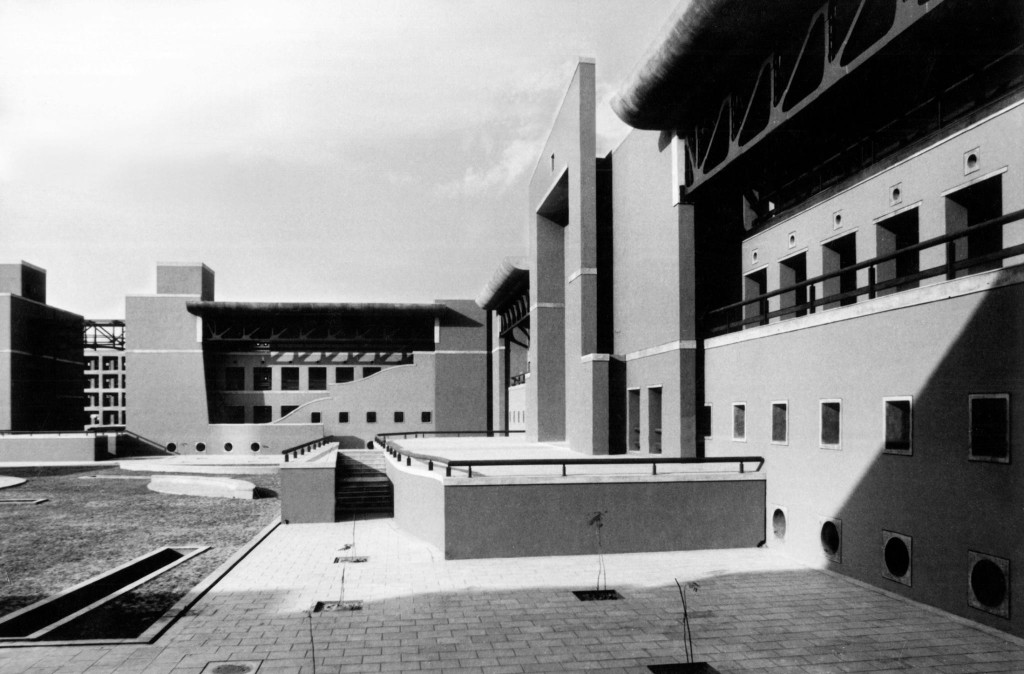 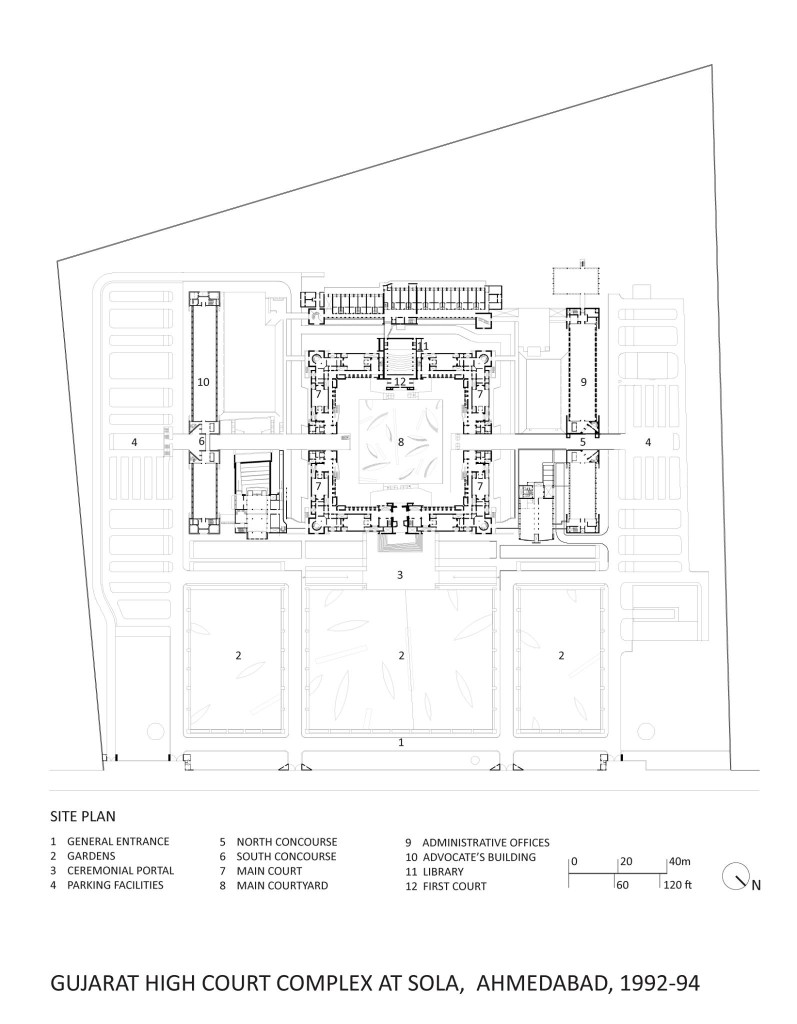 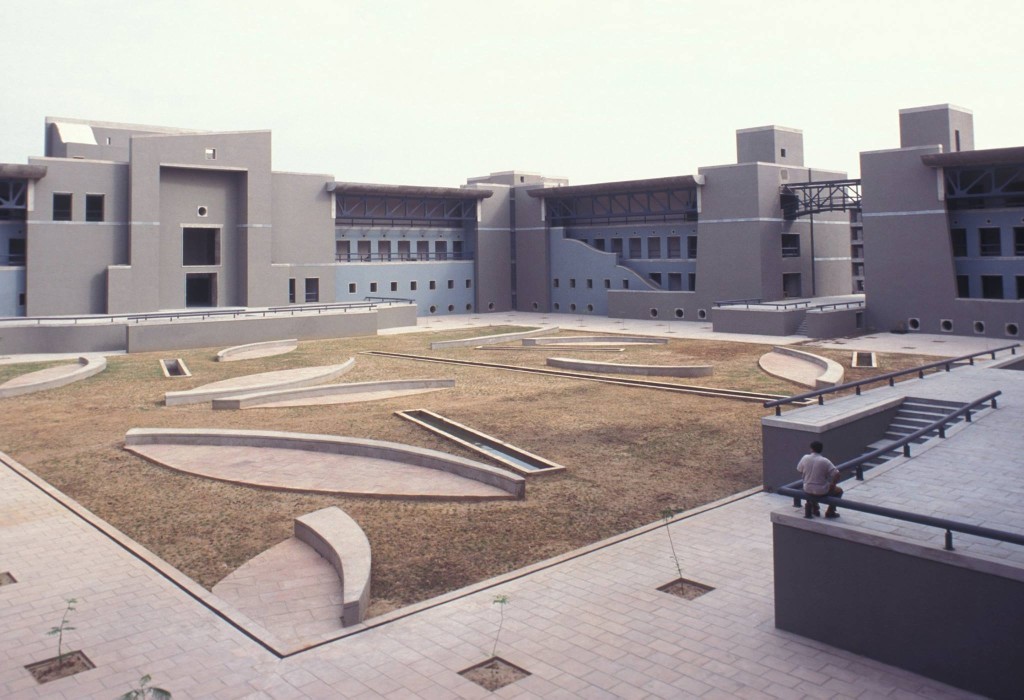 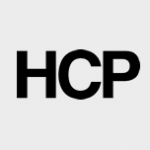