A visit to the unsympathetically, but aptly named Barbican Estate means coming face to face with the Brutal. And I don’t mean only the grim English weather, but also the architectural style that this midcentury urban experiment championed so fiercely. Raised above the vibrant streets of the city of London, the experience of walking along the desolate windswept podium harks back to the barbicans of old – akin to being in a fortified outpost high above the terrain, miles from civilization. Except that you are in the middle of one of the busiest cities on the planet and yet, completely devoid of life and colour.

The urban revolution made possible by reinforced concrete is one of the pivotal moments in human history. Cities were low-rise agglomerations of buildings, never more than a few storeys tall until the steel reinforced frame came into being at the turn of the last century. Quickly catching on as the fashionable material to build in, it remained cloaked under historic facing materials for almost half a century till innovative & daring architects like Corbusier started using concrete as both structure and façade. Needless to say, it spawned an entire genre of architecture styles, with some architects like Tadao Ando using it as a pristine cuboidal form and some using it as they saw it – as a raw, rough and plastic material. From this second subset of architects emerged the Brutalists, famous for making their buildings almost entirely of only two materials – rough concrete and smooth polished glass.

In the UK, Brutalism caught on as the need for low-cost functional architecture in the post-war era was compounded by the need for reconstructive urban planning. Firms like Alison & Peter Smithson, Erno Gold finger & Chamberlin, Powell & Bon created iconic structures with dynamic silhouettes and bold planning strategies. Amongst these, the Barbican Estate was arguably the most radical, albeit not the most successful reconstructive urban design of its time. Built during the late 60’s and early 70’s, it reimagined a 15ha site that had been irreparably damaged during the war. Much has been written about the social problems associated with the barren pedestrian plazas and the empty, unsafe peripheral streets, but the sharpest criticism was reserved for the treatment of the façade. The entire complex was rendered in a concrete so rough that merely brushing against it would ensure torn fabric and scratched skin. It was also an especial- ly melancholy shade of grey, which would eventually stain irreversibly in the perpetually rainy weather and take on sinister dark streaks. To compound the problems, the rough surface was prone to vandalism by way of graf ti and for some of its early life, the approximately 2000 apartments had few takers. 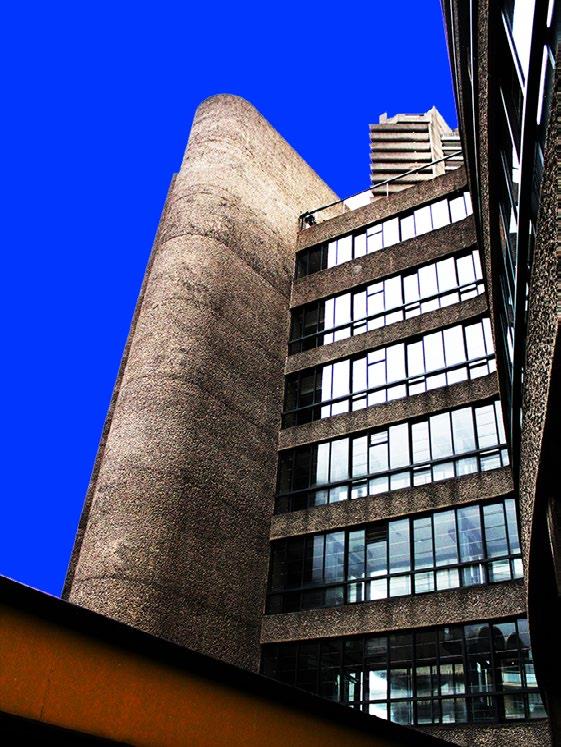 Today, the Barbican Estate is Grade II listed and the ambition of the project is lauded as being visionary in its time. A quick search on a real estate website reveals that the apartments in the tall towers are worth around 1M GBP, the ones with no alterations being worth a little more. This suggests that not only are these desirable for their location and views, their thoughtful interior architecture is being appreciated as well. The Barbican Centre, an arts hub, is also undergoing a revival of sorts, after a sympathetic 2006 refurbishment that allowed better pedestrian access from the neighbourhood. Yet the façade remains as uninviting as ever, devoid of any colour save for the railings and planters. On a rainy September morning, the buildings seemingly merge into the gloomy sky, the weather doing its best to match tones with the bet- on-brut, the glass somberly reflecting the atmospheric mood.

It comes then, as quite a shock, to see the difference that a little colour can make. Simply by replacing the sky with at neon tones leads to a dramatic re-perception of form. The skyline acquires clarity and the planar juxtaposition of the volumes and textures holds attention. Even the apparent disconnect between the 3 towers and the podium level blocks gets understood as a way of ordering movement along the plaza by creating urban walls. Rather than try and upstage the buildings, the intent is to provide a shocking contrast to the dramatic silhouette and bring the architecture itself into focus. To hope for vivid backgrounds to stolid buildings to enhance appreciation might be seen as wishful thinking, but the intent is to engage in discourse that allows for architecture to be seen in a new context, free of the historic biases we hold against places.

AKDA (Amit Khanna Design Asscociates) integrates the disciplines of architecture, interior design, furniture, lighting and product design under a singular ethos. Established by Amit Khanna in 2004, the studio philosophy is to make regional specificity and sustainability intrinsic to the design process and product. CLICK HERE TO SEE WORKS OF AKDA. 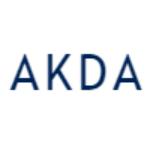