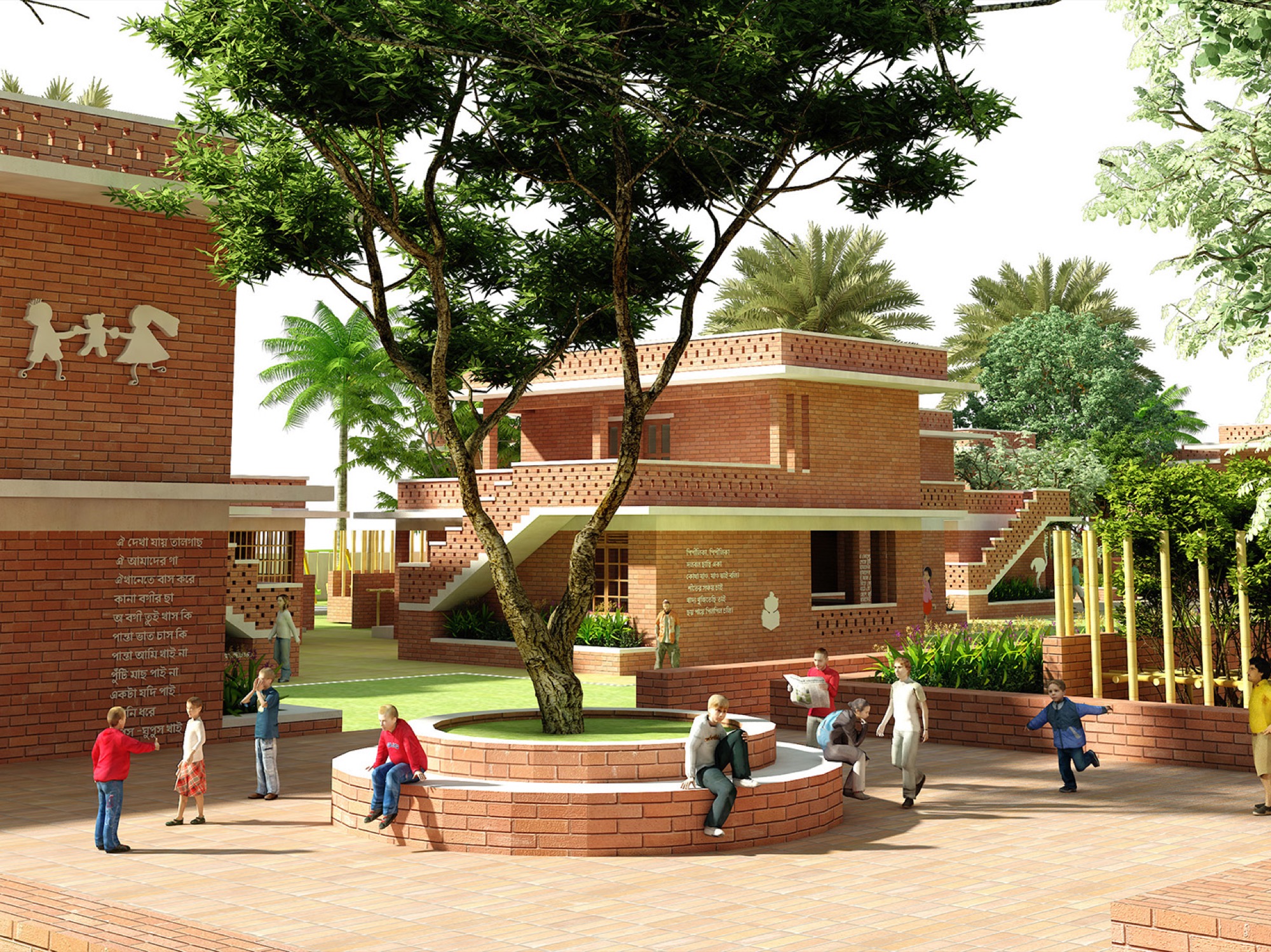 Project idea
The Street Children Rehabilitation Center stems out of a better future of those children. In our present condition a major part of the population living under the poverty level. Street children are a part of our society and this part of children are always deprived. So it is vital important to build this projects to mature their potential in right way.

The proposal of rehabilitation center arises for the goal to embody the pride and hope, the nation’s places on its future generation, recognition that street children with the enormous potential are considered as a great part of our national wealth. And the objectives are (a) to fulfill a long felt of need for an organization to guide, advice, co-ordinate and encourage the activities of the various children organizations, both governmental and non-governmental; (b) to rehabilitate and provide philosophical, educational and vocational training to the street children as they become self-dependent individuals as much as possible.

The project goal is to provide an environment where they belong. But street is harmful for them because of pollution, poison, and lack of security and safety trap of Ganges, drags, and many sexual exploitations and dangerous diseases. So I want to trans-create the environment of street in this project where the problem of the street is abandoned but the space of street are trans-created. 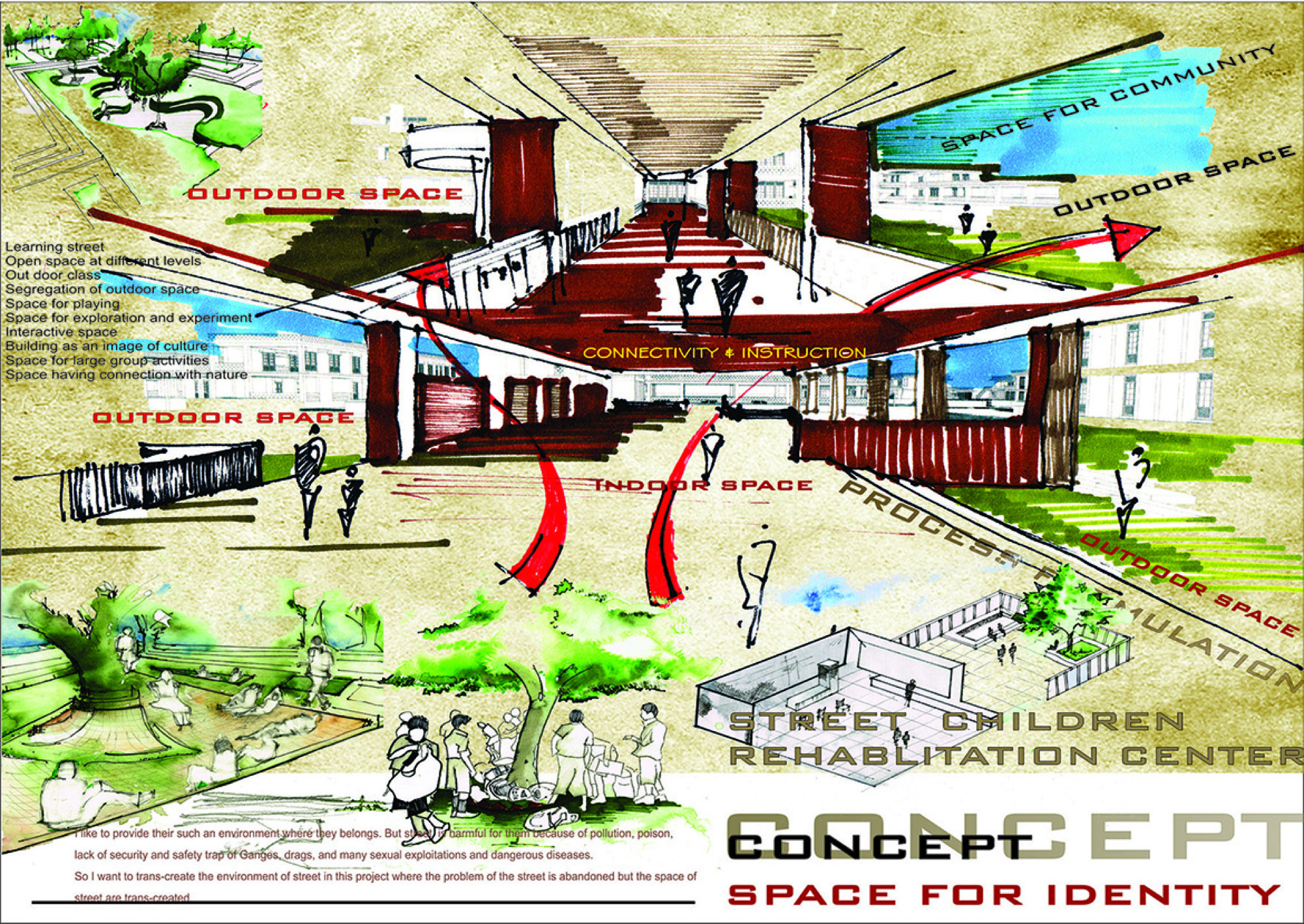 Because, street is the source of their income. Many of them have to help their family or family member or relative. So they have to earn money. When they stay in street, they have do something like begging, vending, paper and garbage collecting, rickshaw pushing and pulling, rode side tea stall work break braking and many other harmful works.

I like to provide their such an environment where they belongs. But street is harmful for them because of pollution, poison, lack of security and safety trap of Ganges, drags, and many sexual exploitations and dangerous diseases.

So I want to trans-create the environment of street in this project where the problem of the street is abandoned but the space of street are trans-created.

For their psychological and mantel growth recreational space are created like indoor and outdoor play area, open air amphitheater, multi-purpose hall etc. to entertain the children. For their physical growth and fitness gymnasium and health center are provided.

The proposed center is hosting all activities regarding for child development such as physical, emotional, cognitive and socio-cultural that is obviously needed for their future development. The aim is to flourish all creative efforts of children that inspire others to explore themselves at its best. A street children re-habitation center would therefore work as an institution where they will be flourished with their full capacity. Giving them the chance to maintain & return to a quality life the project thus has a great value & potential from national perspective as well.

In master plan effort has given to trans create the environment of street with careful consideration of safety and comfort, scale of street, openness of space, permeability of function, relation with the nature, participation of children by shearing and gathering  etc.