The idea of architecture as catalyst for social or economical change is not new. Architecture is like most other things, a reflection of our society always try to mirror society’s aspiration and beliefs thus has immense potential to mould or change the context both local and global. Such projects not only are practical solutions to community needs but also aims to have a broader effect on communities in which they work relying on the social and economical stewardship of architecture.

The idea of architecture as catalyst for social or economical change is not new. Architecture is like most other things, a reflection of our society always try to mirror society’s aspiration and beliefs thus has immense potential to mould or change the context both local and global. Such projects not only are practical solutions to community needs but also aims to have a broader effect on communities in which they work relying on the social and economical stewardship of architecture.

The project ‘Centre for Art and Architecture: Role of an Urban Catalyst’ in Hauz Rani, New Delhi is based on article school without walls by Nilkanth Chaya. Project site being in the vicinity of ‘Hauz Rani’. A historic urban village cum market area that traces its roots to the 13th century, established on the ruins of Jahanpanah walls. Village has strong traditional art, heritage and history. The potter craft to instance has been active in area for past 60 years. But due to increase in city urbanization, gentrification is posing great threat to its heritage and its existence in city. To cope this, project aims to set platform for Artists/ Architects/ Students/ citizens from various fields, age and income group in various discussions to interact, to share, and gain ideas not only through the conventional ways that we are familiar with, but also through the ways in which people have enlightened through ages i.e. through engagement in formal as well as informal activities.

Center for art & architecture: Its a platform for artist and architects to share their works and experiences through exhibitions, seminars, events with common peoples and students along with conference rooms and library.

College of architecture: It provide course for Bachelor in architecture to students, with learning through formal syllabus and informal activities and interaction.

1) To create an institute that will be the part of society as an inclusive space by creating an integrated life within educational social entity of school and urban life. By this means campus will not only be used in school hours but it will serve for 24 hours people of island as an open campus with a projection of sharing limited resources efficiently.

2) To create an art magnet by bringing the vernacular artists, blacksmiths, carpenters of Hauz Rani and engaging them in interaction with students to share their skills and ideas with students that would be mutually beneficial for community and campus.

3) To make intervention behave as a catalyst that will regenerate the urban fabric and add new dimension in the context of city, acting as a guideline or path that drives society forward.

The idea is to merge the morphologies of city and urban village i.e. modern shift to traditional shift in parameters of scale, enclosures and spatial organization. To achieve this taking axes from Hauz Rani and urban city phase. Then transferring these axes in radial grid with center in Hauz Rani so that mesh is regulated near urban village respond to its morphology and start to distort as it move towards city context.

4) Zoning of activities on site according to the interfaces that it will create with surroundings.

– An interface with the urban village through outdoor workshops of school for informal activities and interaction of students with the artists of Hauz Rani. 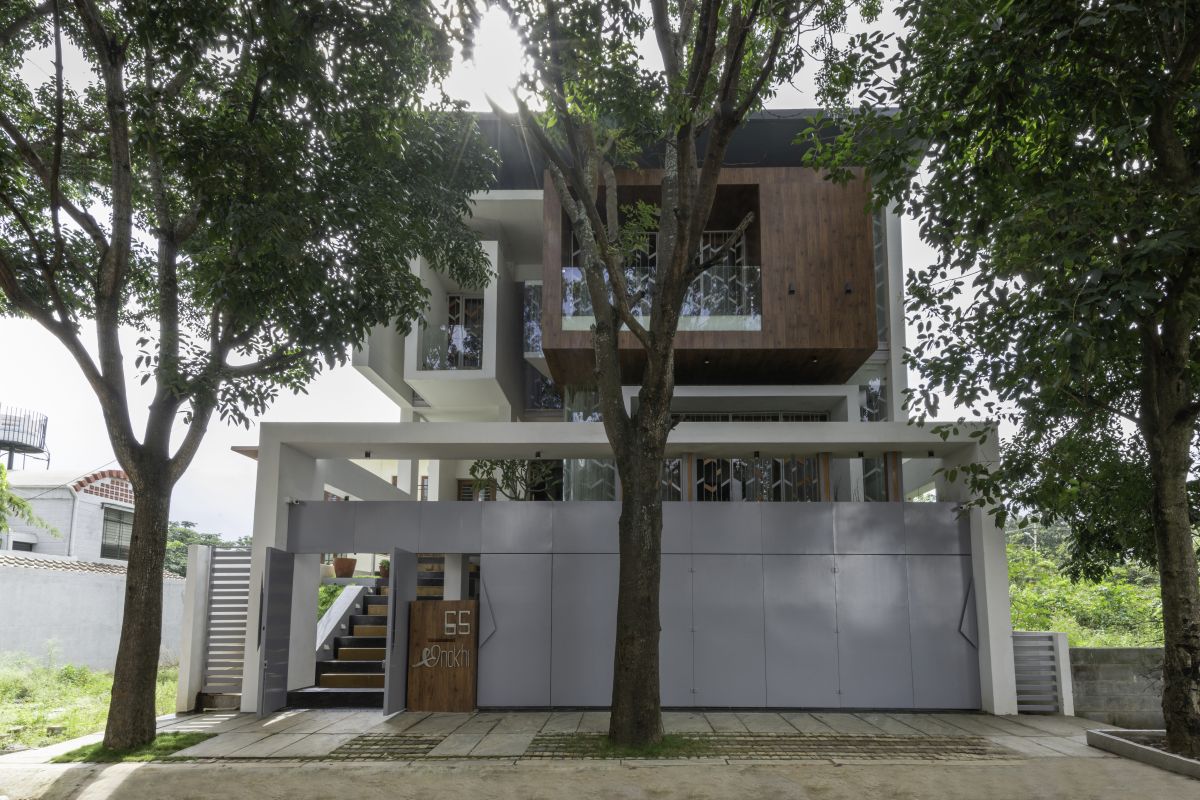 The Transient Nest, at Bengaluru by Studio WhiteScape

Located in a quiet residential area in Bangalore, the site encompasses an area of 2400sqft. It is facing the north and has three fully grown trees abutting the site. With a very simple and straightforward brief. – Studio WhiteScape 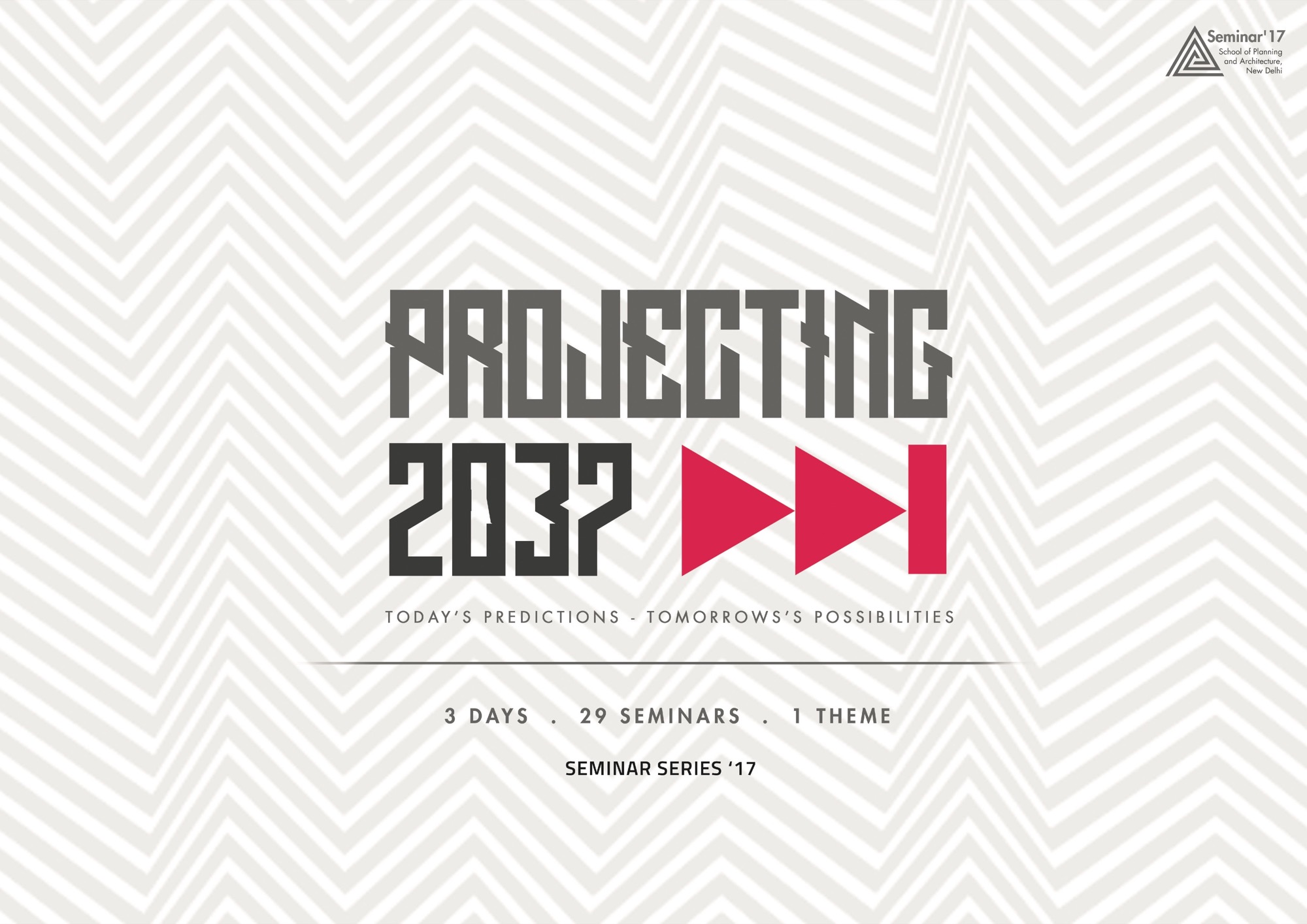 The research seminar program at the School of Planning and Architecture combines the unique academic resources available to the one of the India’s premier schools of design in its capital city with the enthusiasm of research abilities of students in their final year of the undergraduate program. Groups of students select areas of interest and work for a semester with full-time academics and practising architects from a variety of disciplines.