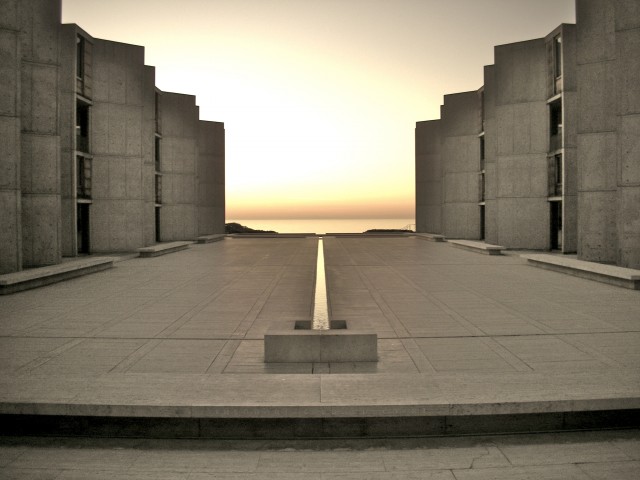 Architecture for mind  (Is architecture controlling us?) – Aarushi Khatri

Be it the architecture of the cities we live in, the streets that we explore, the public spaces that become our favourite spots or the buildings that shape our neighbourhoods, there is a silent but strong influence each of them leave on our highly impressionable minds. Space – like an exceptional cuisine – can be of infinite pleasure not only because it appeals to us aesthetically but also because it stimulates us holistically, forging an intimate relationship with our mind.

The exact definition of architecture has often been argued, usually being called the amalgamation of art and science. However, the basic underlying principle of this field, above art, technology and expression, is the satisfaction of human needs. The very essence of it is to make people feel more alive, human and comfortable. In Vitruvius’s words, it is the art which combines human behaviour, technology and beauty. The profound influence of architecture on the human mind, moods, behaviour and actions is an acknowledged phenomena since time immemorial, but scantily adopted in today’s modern world where the focus stays on the aesthetics, materials, cost – and lately – on sustainability. People connect with their surroundings on a much deeper level than they know. Some places bring nostalgia, some annoy us, while some provoke us. It is exciting to think of the implications of spaces, be it the presence or the lack of walls, lighting, colours or greenery – absolutely anything that is creating the space around you – on our behaviour and moods. There is an ambiguous manner in which objects, spatial planning, buildings, infrastructure and nature are connected with the people apart from the physical realm.

Built in the 13th century on the hillside, in honour of St. Francis of Assisi, Basilica of San Francesco d’Assisi in Italy played an interesting part in the discovery of the polio vaccine. Frustrated with the failure of developing a vaccination for polio, John Salks retreated to this basilica, which he claimed to have helped him to think more clearly. The pale-coloured façade of the basilica provides for a lighter and brighter space, along with high spatial density. The high ceilings encourage abstract creative thought whereas the abundant natural views that the site provides aid in creativity, concentration and memory. Highly ornate multiple windows and lack of any sharp edges in the physical structure have a positive impact on the mind.

This insight led Salks to think more about architecture and its implications on a person’s behaviour and ultimately the brain. He hired L.I. Kahn to design the Salks Institute in California based on the concept of ‘intellectual retreat’. The basic layout of the institute includes a symmetrical plan, with two structures mirroring each other separated by an open plaza. The entire symmetrical space gives a sense of identity to the user, thus providing a platform for collaboration and easy communication. The water body further adds to the openness of the built environment. The offices face the ocean which provides for a warm tranquil setting for concentration.

Recent research has indicated that architectural space modifications alleviate stress and foster creativity and growth. Changing the architectural space and various parameters like lighting levels, colours, space layout, ceiling heights, access to nature, views, noise levels, etc. metamorphoses the brain, thereby changing the human behaviour. The building design can be consciously transformed based on the understanding of how and why the human mind responds to specific architectural features.

This idea has a plethora of implications in wide diversity of fields from hospitals and work places to education institutes and even retirement homes! If architects and neuroscientists were to work together to further analyze the way the environment and the human mind interconnect it could revolutionize the designing of critical spaces.

As research becomes more refined, it is interesting to think about what will be the future impact of architectural designs on the human mind. Not only can we begin to reclassify architecture in the deep memories of the human consciousness and unconsciousness but can also begin to understand architecture’s potential to transform its relation with human behaviour from a cognitive perspective.

Aarushi Khatri graduated in May 2016 from National Institute of Technology, Hamipur. She has been involved in various activities at college level and has also published a research paper.

She is currently practicing as an architect along with following her passion for architecture journalism and Volunteering.