Student internship is a quintessential part of an architectural education. However, it is increasingly becoming an unmitigated ordeal for many within the community. Affecting both students and practicing architects, the workforce imbalance and issues of ineptitude have created an unfavourable – and often exploitative – situation.

Inviting the opinions of architects, educators and students, we strive to start a conversation about what can be done to improve this situation. Below, Urvashi Vasishtha, final year student from Jagannath University, writes about some of the issues that students face, and suggests ways to counter the same.

“It’s the ultimate driver of architectural competitions and, these days, architectural work. The unpaid (or underpaid) internship. It’s become a staple of architecture. A rite of passage, [cont.]” – Sam Lubell, The Intern Catch-22.

Lubell – while brilliantly summing up all the valid arguments that stand in favour of paid internships, in his editorial piece for The Architect’s Newspaper – had really only scratched the surface. I agree with his assertion that unpaid internships lower the bar in the field, affecting the interns not only financially but psychologically as well. However, the issue of a fixed stipend – rather, the lack thereof – is, unfortunately, not the only problem that architectural interns face.

There remains a major, yet unaddressed concern – that of unruly/unprofessional behavior of the firms. I have had the opportunity to work both in a healthy workspace, and in an unhealthy workspace; I write from personal experience, but these experiences are shared by a large number of students across the board. In an effort to ‘call a spade, a spade’, I have outlined a few of the problems that interns commonly face, along with probable solutions for the same.

Problem: Firms hire students via a process that includes review of portfolios as well as personal interviews, yet justify their policy of not paying interns in the name of a) providing them with exposure, b) the interns not being fully equipped with sufficient knowledge/skills.

Solution: Firstly, all firms need to understand that unpaid internships do not encourage a student. Not all of us look at an internship as a means to earn – however, providing a stipend will not only inculcate a sense of responsibility in the students, it will also make them better professionals. You work, you get paid – as simple as that. After all, an intern does work for a firm, irrespective of his/her skills.

In fact, stipend amounts should be fixed by the concerned authorities. This will at least ensure that students are paid for the hours they put in. No firm, after all, allows any employee or trainee to remain idle; fixing a nominal amount would solve a major part of this problem.

Problem: Many professionals – including principal architects of several firms – do not believe in treating a student well. We are yelled at, abused, and often undergo mental trauma in the name of ‘exposure and learning’. In many cases, interns have been made to submit ‘security fees’ for training, which magically becomes non-refundable as the internship comes to an end.

Additionally, there have been several cases of firms threatening to not provide students with properly drafted training certificates which have to be submitted to the college at the end of the internship. Not to forget the ridiculous working hours in some firms; no matter the amount of reasoning you put forward, you cannot configure a healthy working timeframe. Perhaps trainees and fresh graduates are considered to be AI Robots, capable of working tirelessly.

Solution: Colleges must monitor internships; documents stating all the necessary details about the training period and relevant terms & conditions – including information about security deposits made (if any), tentative timetable for the Training Jury (at the college), working hours, etc. – must be filled out and submitted along with the joining letter. These documents must be duly signed by the concerned architect and also self-attested by the student. This will hold all parties accountable to their end of the agreement – it’s a win-win situation for both the intern and the employer.

The current ‘slave scenario’ can be effectively changed if the governing bodies issue strict rules and regulations regarding internships. However – standing by the age-old adage that ‘not all fingers are the same’ – let us also acknowledge  the architects who believe in the concept of a healthy student-teacher relationship, and try to bring the best out of their trainees regardless of the time and effort that goes into it.

I have been immensely lucky to be working with one such architect. Believe me, I have never been more excited to go to office and learn all that I can in the limited period of my internship. I am at a happy place and each student deserves to be there. Taking the advantage of Teachers’ Day, I would like to raise a toast to all the amazing architects who deftly play this role of a mentor in an intern’s life.

Thank you for being a teacher first, and a boss later. 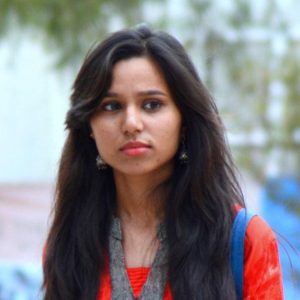 Urvashi Vasishtha is a student of architecture who humours herself with books, travel and writing. In her final year of B.Arch at Jagannath University, Rajasthan, she is currently interning with Somyakriti Architects in Jaipur. An ardent writer, she has contributed significantly to the ZoNASA 2015 Magazine Ahvaan – with her interviews with architects B. V. Doshi and Jaisim Krishna Rao, interior designer Sue Jolie Rioux, painter Adrianna Joleigh and  Australian author Alana Munro– as well as an interview with papier-mache artist Virendra Sharma for a college fest. Two of these interviews were also featured in documentaries. 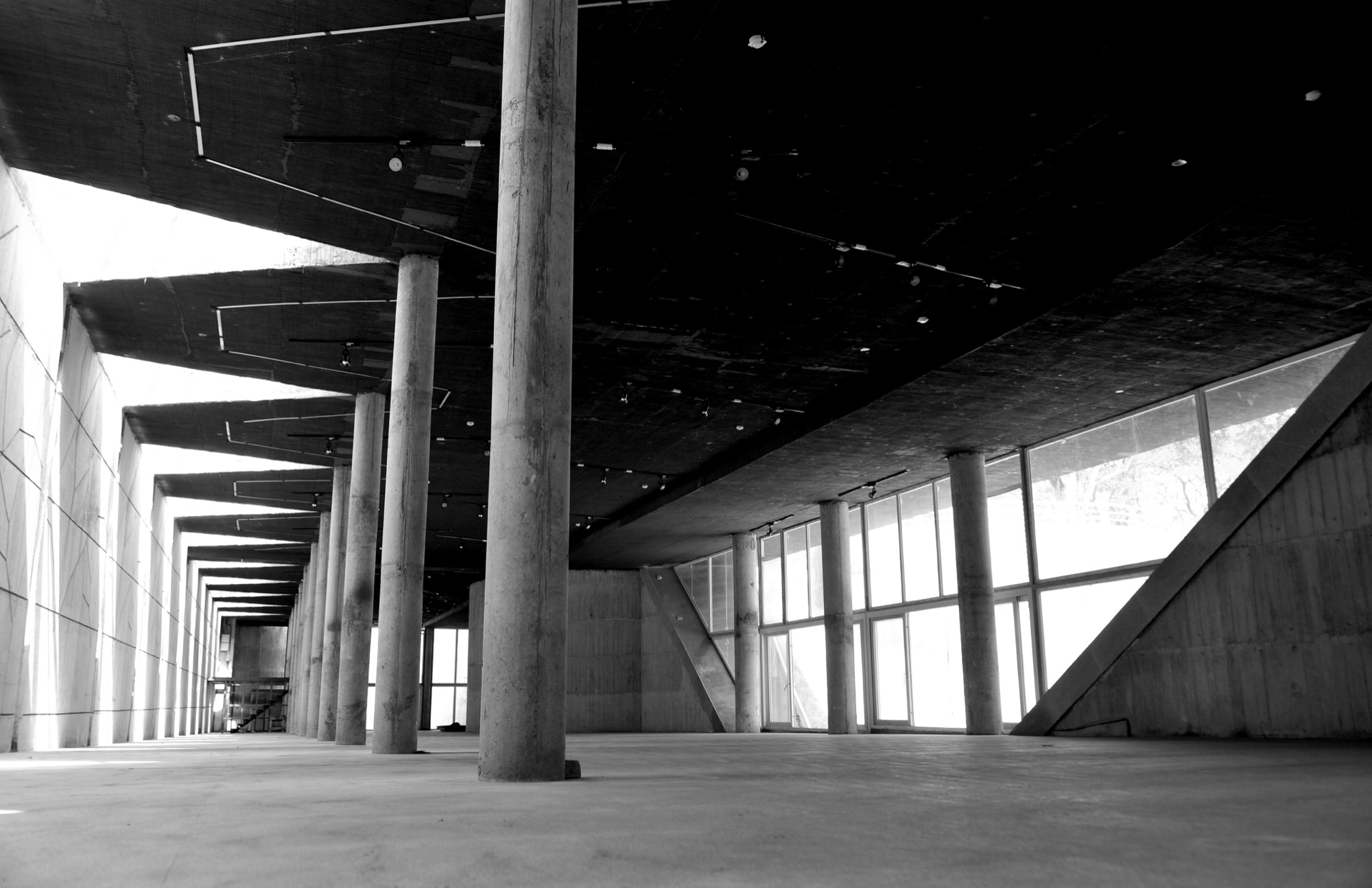 The brief was to design a temple for the residents of villages around Nandyal. In the dry terrain of Nandyal, the main concern was to provide a space which would marry the socio-cultural expectations of a temple with the ecological framework and dynamics of and around the site. The immediate context of Cotton and chilly farms in the region were fed by a natural canal system which had dried up.   – Sameep Padora & Associates 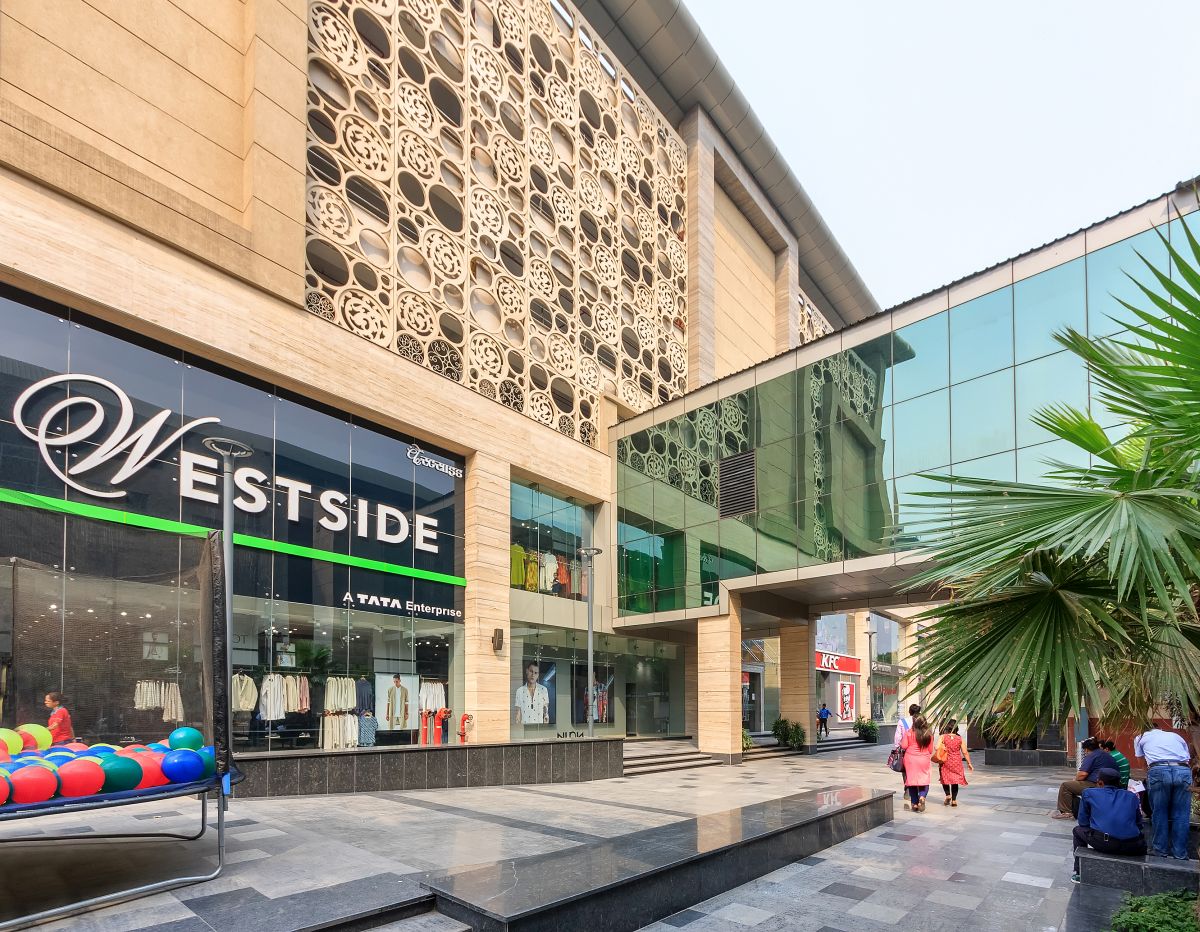 One of the first malls in India to be connected via a Metro Station at the Concourse Level, it is the first building in India to have a Solar Carport on its Rooftop. A very popular retail destination in North Delhi, Unity One offers the right mix of Cinema, Retail, Food and Entertainment to all its patrons. – GPM Architects & Planners